The Coast Guard prides itself on self-reliance, exemplified by this image of one of its Dolphin helicopters being transported by one of its C-130s. 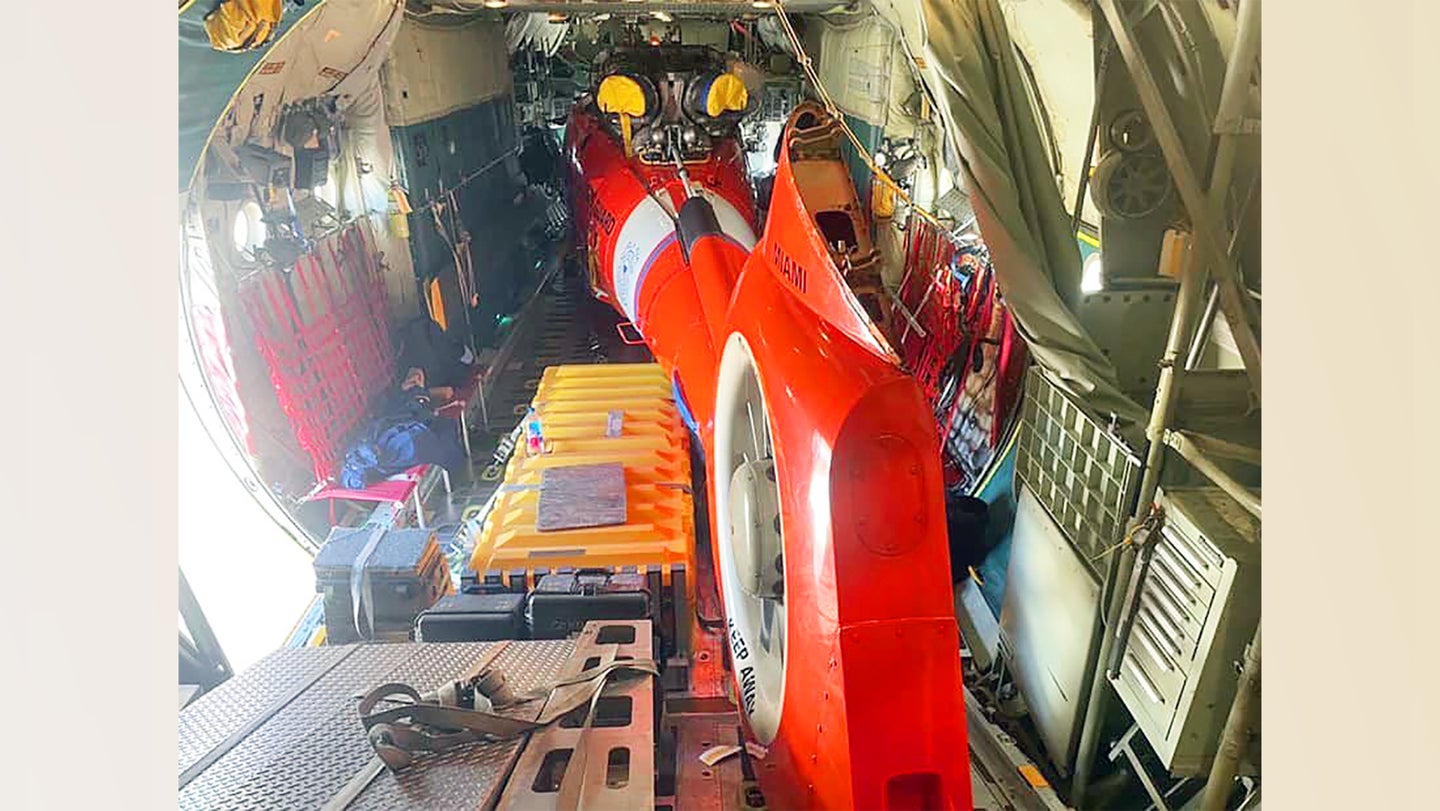 When it comes to photos of aircraft inside aircraft, no one is really surprised to see a helicopter or even a bunch of helos inside a C-17 Globemaster or a C-5 Galaxy. Those aircraft are pretty large — and built to haul outsized objects. The C-130, on the other hand, is quite a bit smaller — small enough that a C-130 fuselage, at least, can fit inside one of those same C-5s. So, the photo at the top of a Coast Guard MH-65 Dolphin helicopter inside a Coast Guard HC-130H from Air Station Clearwater, Florida, caught us a little off, uh, guard.

Air Station Miami operates five MH-65 Dolphin helicopters alongside five HC-144 Ocean Sentry aircraft. The Dolphins, built by Airbus and derived from that company’s AS365 Dauphin, also serve on some Coast Guard Cutters at sea. The Coast Guard considers the MH-65 a “short-range recovery” helicopter and uses it for search-and-rescue missions as well as some armed interdiction missions against smugglers and for other law enforcement activities. It has an endurance of around three hours, a top speed of 148 knots, and a range of about 300 nautical miles. These figures can vary due to the mission profile of course.

Air Station Clearwater operates both the Hercules and the MH-60T Jayhawk helicopter, the Coast Guard's larger and longer-range search-and-rescue helicopter derived from the Sikorsky S-70/UH-60 Blackhawk/Seahawk line of helicopters, of which 44 are operational. The MH-65 inventory is over double that, at 102 examples.

It turns out that, while loading an MH-65 onto a C-130 is not an everyday occurrence, it’s far from unheard of. While MH-65s do self-deploy around the U.S., given the type's range, moving one from one Coast Guard station to another inside a C-130 can be the fastest, most efficient plan, but it can also be an absolutely essential one, too. For example, the HH-65 seen below was transferred from Whidbey Island to Hawaii in 2008, when the Port Angeles, Washington station received then-upgraded MH-65s.

There’s also the one below from 2011, another transfer to Hawaii, this time of an MH-65:

The U.S. Coast Guard prides itself on its organic airlift capabilities, especially the longer-range capabilities provided by the C-130, and the new C-130J only increases what the small force of around 27 C-130s can do at any given time.

Still, seeing a Hercules swallowing up a Dolphin just looks wrong, and we definitely would want someone checking our math on the weight-and-balance calculations. But the Coast Guardsmen are clearly up to this — and many other challenging tasks at sea and in the air. And we appreciate them sharing photos of it all.