As a result of the Navy moving to defund its tortured railgun program, Congress wants an explanation, but still threw millions at it anyway.

After the Navy made the move to defund its over-hyped, under-delivering electromagnetic railgun (EM railgun) in its 2022 budget request, Congress has provided an unsolicited lifeline to the program as part of the 2022 National Defense Authorization Act (NDAA) that President Biden signed into law on December 27th, 2021. In addition, members of Congress are pushing for a full report on the exact status of the project, including how much has already been spent developing it, and what it would take to actually make the weapon operational on a ship.

was first to report that the Navy, after years of broken timelines and hollow claims from its top officers, requested to formally defund its EM railgun program last June, writing:

The Navy's proposed Fiscal Year 2022 budget, which it released on May 28, 2021, as part of the larger U.S. military-wide request, zeroes out two separate line items related to railgun research and development. It also shows that the service did not ask for, or receive, any funding for the project through the Innovative Naval Prototypes (INP) Applied Research account in the Fiscal Year 2021 budget. It did, however, get nearly $9.5 million in requested funding, plus another $20 million that Congress decided by itself to add on top of that, through the INP Advanced Technology Development portion of the budget for that fiscal cycle.

Since the Office of Naval Research (ONR) formally began work on the railgun project in 2005, funding for it has come through a number of different line items. In the past, this sometimes caused confusion and led to erroneous reports that the program had been canceled. The Navy's plans now seem to be clear.

With regards to the INP Advanced Technology Development account, the budget documents say that "the decrease in funding from FY 2021 to FY 2022 is due to the completion of Advanced Technology Development efforts under this Activity." This line item also says that the objectives for this program in the 2022 Fiscal Year are "N/A" and does not make any mention of future work funded through other portions of the budget.

"Railgun technology and knowledge attained will be documented and preserved," according to a separate section describing the purpose of the extra funds Congress added to the program in the 2021 Fiscal Year, further indicating that the plan is now, at best, to shelve the project indefinitely. "Railgun hardware will be realigned to maximize its sustainability to facilitate potential future use."

The Navy has also moved to abandon the railgun's primary ammunition after years of research and development. It was hoped that the high-speed projectiles would also play a role in the Navy's standard 5-inch deck gun arsenal, as well.

The 60 Minutes clip at the beginning of this video gives you an idea of the claims the Navy was making about its EM railgun program half a decade ago:

Jared Keller, the commerce editor over at Task And Purpose, pointed out to us that the House Appropriations Committee has asked for a report on the Navy's railgun within 90 days of the passage of the FY22 Defense Appropriations Bill. Clearly, the Navy's push to defund a program it has so heavily touted as the next big thing in naval warfare for nearly a decade had ruffled some feathers. The language reads:

The Committee notes that the fiscal year 2022 budget request does not include funding for the electromagnetic railgun program after the Navy has invested in the program for several years. The Committee recognizes that the development of a functional railgun has the potential to provide the Navy with a safe, effective, and significantly less expensive offensive capability than traditional legacy weapons systems. The Committee directs the Secretary of the Navy to submit a report to the congressional defense committees not later than 90 days after the enactment of this Act that details the status of the electromagnetic railgun program. The report shall include, but not be limited to, the status of the development and testing of the program, the amount of funding invested to date, the funding level necessary to achieve a fully functional system in the future, and the plan to incorporate this program onto Navy ships.

The $10 million Congress stuck into the NDAA for the program is tiny for such a high-tech effort. This would likely put the program in a zombie-like state, in which it is funded by Congress even after the service wanted to cut its losses, but without enough money to really advance the technology in a substantial way, let alone pay for whatever needs to be fixed so that it can enter into a truly usable operational state — that is, if such a thing is even conceivable at all. This figure is also basically what the Navy asked for to keep the program in something of a dormant-like state for fiscal year 2021, before Congress slopped $20 million on top of it.

There are a number of factors that likely contribute to this situation beyond the standard pork. One of them is likely China, which has a known EM railgun program that has supposedly been tested at sea. Meanwhile, even after promises  it would go to sea for testing a half-decade ago, the U.S. Navy's railgun prototype has not, and it appears totally dead in the water at this time.

So, as it sits now, it looks like the railgun program will flounder on, but at least Congress will get some direct answers as to the stark realities surrounding the feasibility of the technology even after such a heavy investment. Certainly, questions as to intelligence pointing to the validity of China's own EM railgun program will also be asked.

We will continue to report on the status of this program as we learn more. 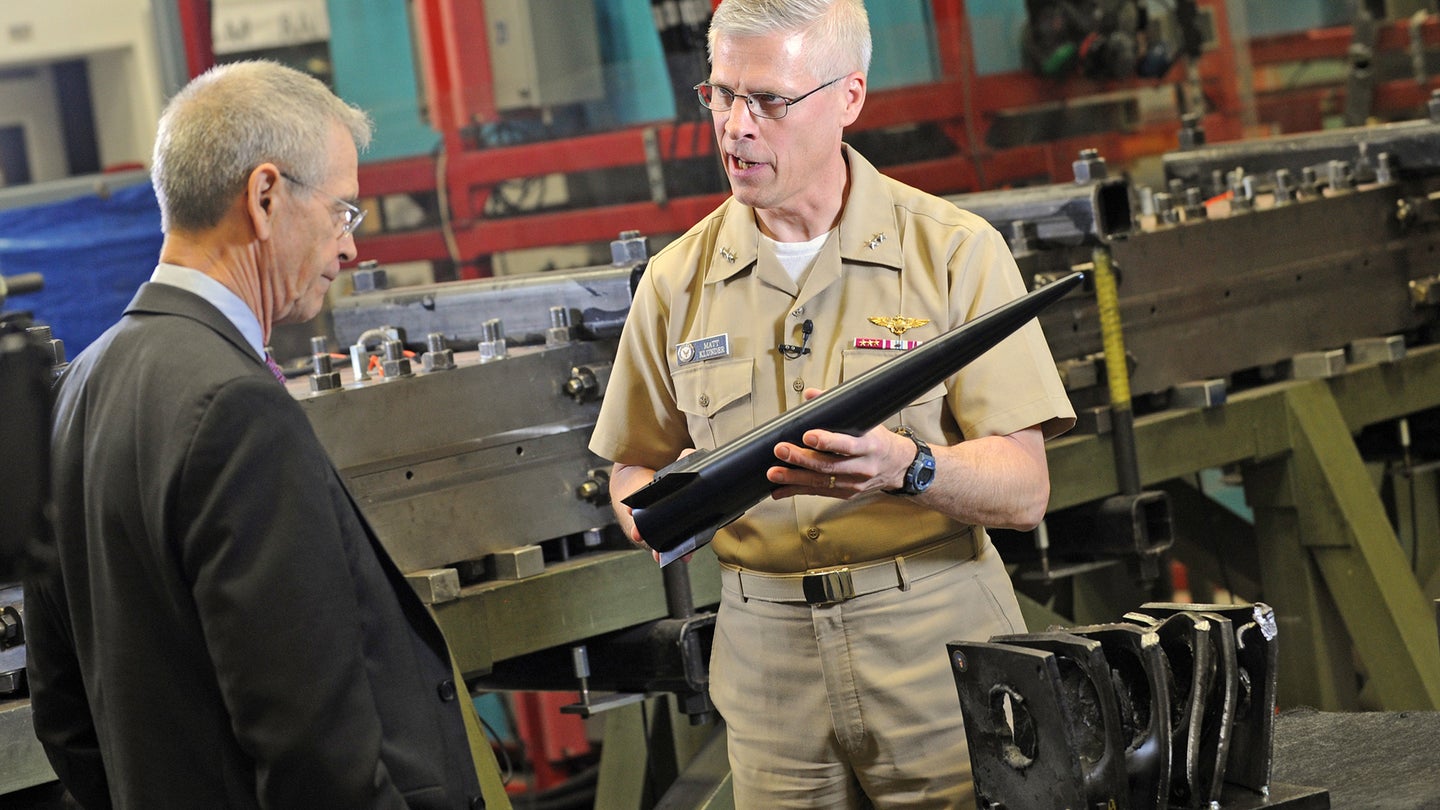 The Navy and other services had hoped to be able to fire hypervelocity projectiles from various guns at a range of surface and aerial threats. 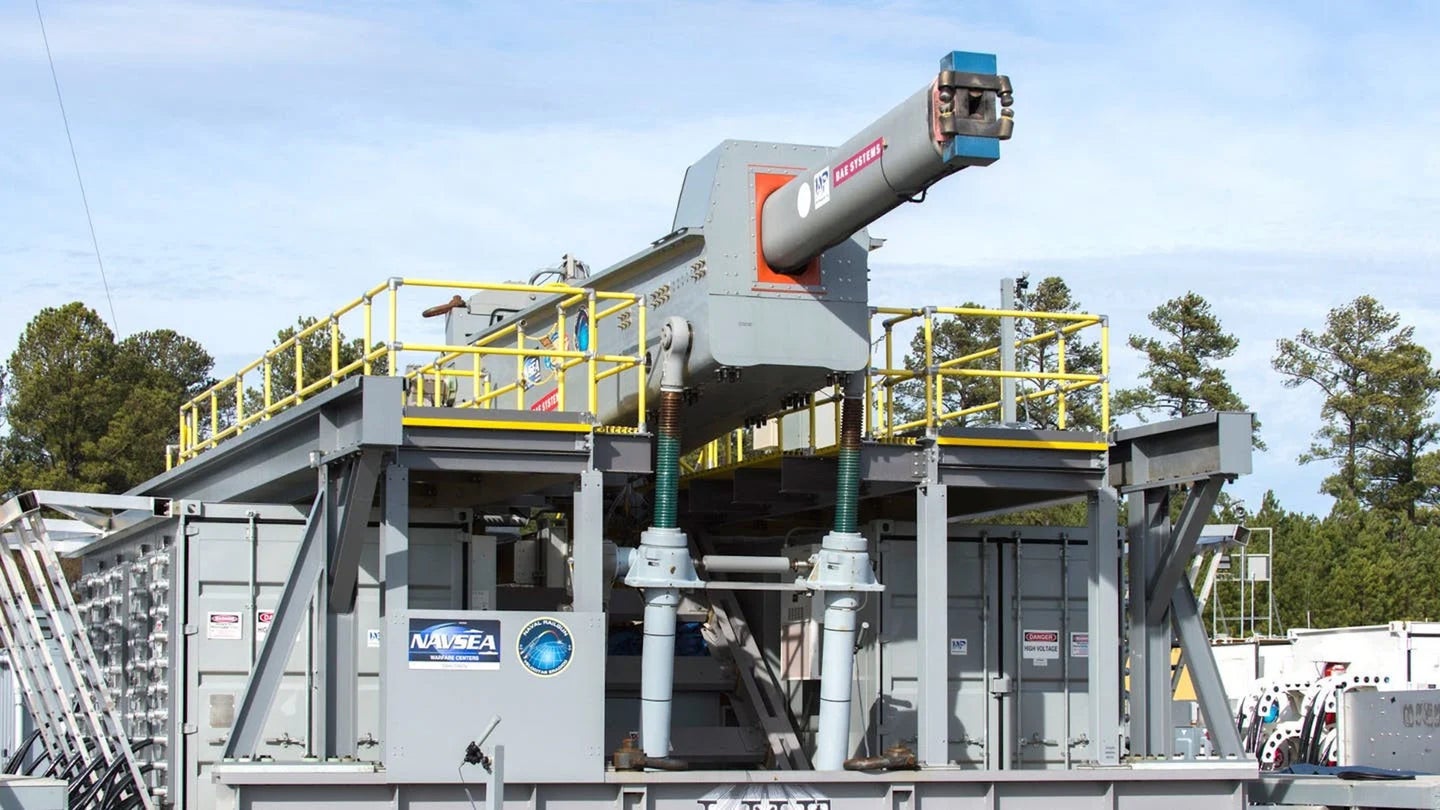 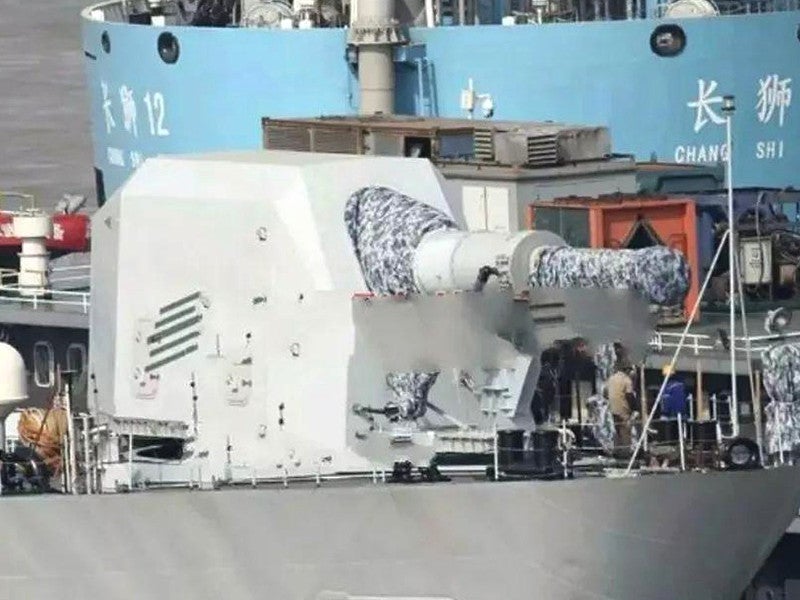