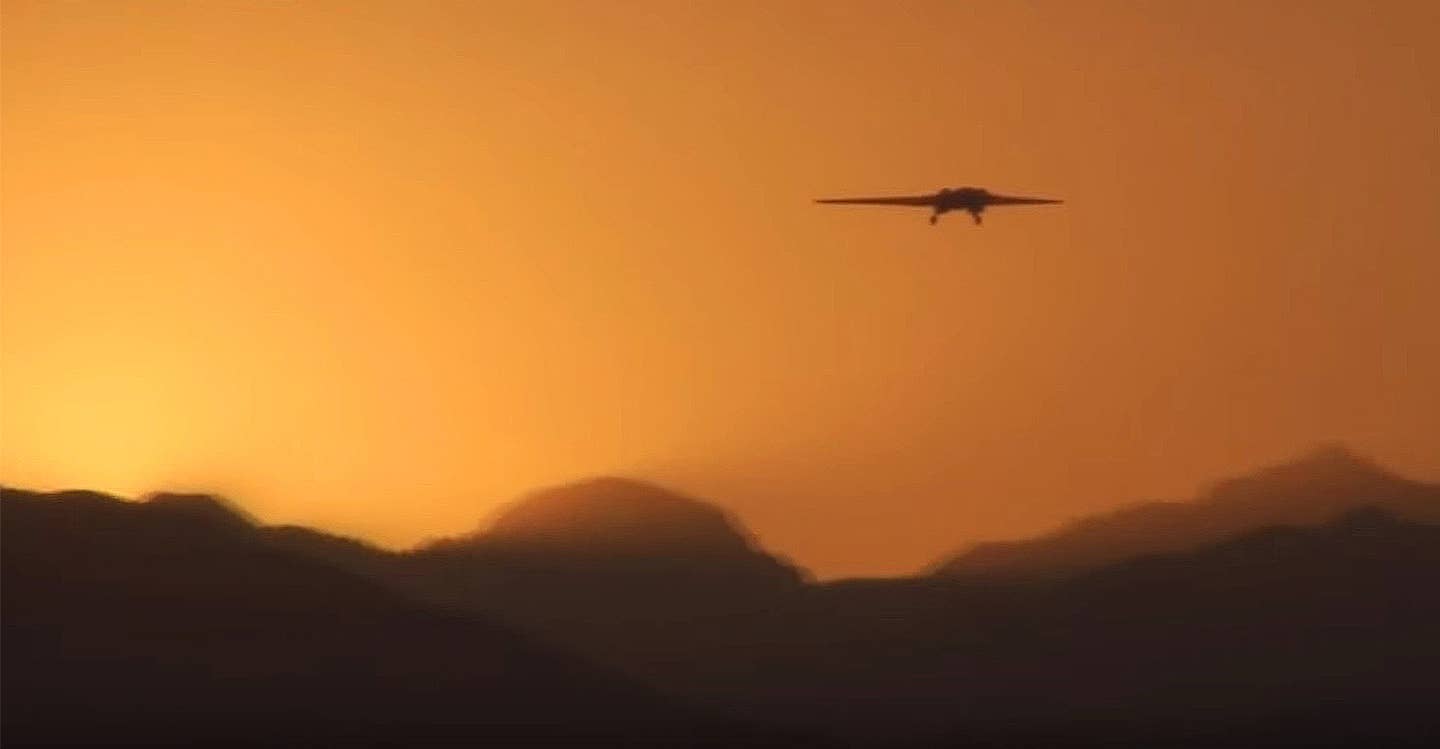 The RQ-170 Sentinel has been in the public eye for nearly a decade, but it still remains an incredibly rare (and shy) specimen. The USAF doesn’t have much to say about its flying-wing spy, and there are indications that the design may have been spun off into the murky realm of unmanned combat air vehicles.

What we do know for sure is that a number of these exotic aircraft operate alongside MQ-9 Reapers and MQ-1 Predators out of Creech AFB, located north of Las Vegas. The Sentinels migrated there over the last few years as part of the secretive 30th Reconnaissance Squadron, after spending an undefined amount of time operating clandestinely out of Tonopah Test Range Airport.

A year ago, the RQ-170 was caught on the ramp at Creech AFB by a commercial satellite. Here's part of what I wrote at the time:

“On a small handful of occasions the RQ-170 has been photographed flying the pattern around Creech AFB as the main runway runs parallel to the highway. A video was also shot of the Sentinel whizzing around the Nevada Test and Training Range a couple years ago. But beyond these few occasions, the Sentinel has remained an elusive aircraft, with more imagery existing of it from overseas, namely from Iranian state news, than from here at home. This is quite amazing, considering that it has been the better part of a decade after the Sentinel was first spotted at Kandahar Airfield in Afghanistan, and was subsequently dubbed the ‘Beast of Kandahar’ by Aviation Week’s Bill Sweetman.”

With the RQ-170 likely being born from the ashes of the RQ-3 Darkstar program—greatly accelerated after the events of 9/11 but having conceptual roots dating back to the late 1970s—the aircraft could now be well into its second decade of service.

It's known to have spied over Iran and Pakistan, helped nabbed Osama Bin Laden, and has operated in the Pacific Theatre. It has even practiced providing bomb-damage assessment, among the most perilous jobs in air combat, for the B-2 Spirit. With this, and all the inadvertent press the aircraft has received, in mind—not to mention the fact that one example was dissected by Iran—it's puzzling that the USAF keeps it so shrouded in secrecy.

Then again, highlighting the existence of the RQ-170 would almost certainly open the door to questioning the non-existence of the Air Force's advanced unmanned combat air vehicle program.