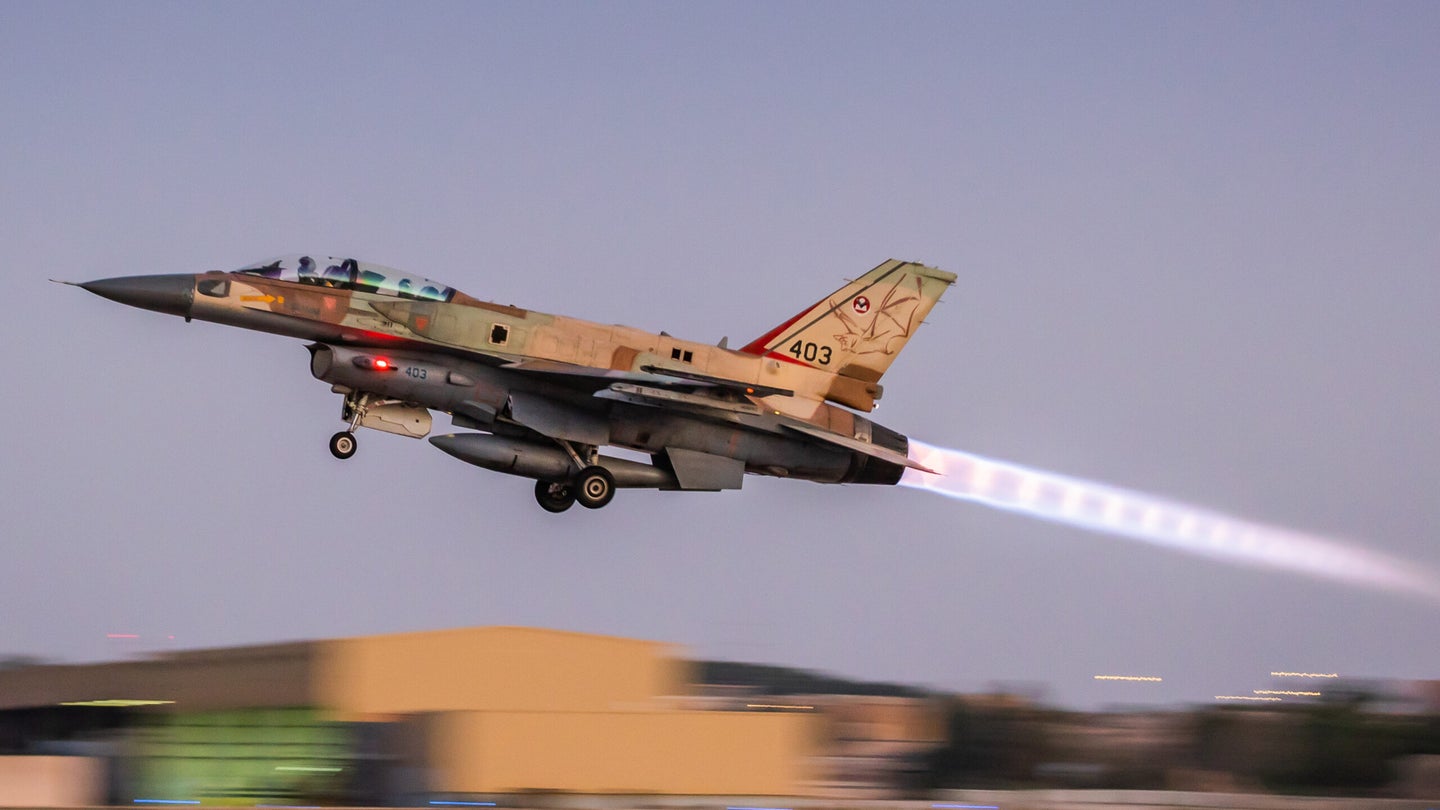 While information is still limited, satellite imagery released by an American satellite imaging firm appears to reveal prominent cratering damage at Damascus International Airport in Syria, seemingly as a result of Israeli airstrikes yesterday. Unconfirmed reports suggest that cruise missiles were launched by Israeli Air Force jets and at least some of these may have been responsible for damaging the runway at the airport. Damascus International has been used in the past to fly in supplies to support Iranian militia and affiliates operating in Syria and Lebanon, including Hezbollah, and has also come under repeated Israeli attack.

As is usual for these kinds of instances, Russian sources state that Syrian-operated, Russian-supplied Pantsir-S1 air defense systems shot down seven of the eight missiles launched yesterday. However, a satellite image provided by Capella Space and shared on Twitter by Aurora Intel seems to confirm the presence of three impact craters approximately 2,000 feet apart along the runway. If these missiles were indeed responsible for the runway damage at Damascus International then it’s clear that these Russian claims, once again, do not stack up.

According to Rear Adm. Vadim Kulit, deputy head of the Russian Center for the Reconciliation of Warring Parties in Syria, quoted by Russian state media sources, the Israeli airstrike yesterday resulted in damage to a warehouse and killed one soldier.

“On December 16, from 1:51 to 1:59, four Israeli Air Force F-16 tactical fighters from the airspace over the Golan Heights struck with eight cruise missiles at targets near the Damascus International Airport,” Kulit said at a briefing.

The Syrian state news agency SANA meanwhile cited an unnamed military source saying, “the Israeli enemy carried out an aerial aggression,” adding that the Israeli missiles were fired from airspace over the Golan Heights. SANA repeated the claim that Syrian air defenses shot down “most” of the cruise missiles. Once again, this is par for the course following any Israeli airstrikes in the country.

Currently, the southern part of Damascus International Airport is closed to airline traffic as it undergoes refurbishment. Exactly why this particular runway was targeted is unclear, therefore, especially as the other runway remains active and is reportedly used to host flights bringing materiel to support Iranian military activities in the country. While the apparently precise nature of the air raid would have successfully put an active runway out of action at least until it could be repaired, the fact the targeted runway was already being worked on anyway means the effects will be limited to slowing down the process of refurbishment that’s already underway.

Regardless, Damascus International has been a target for repeated Israeli airstrikes over the years, due to it having been used by Iran for weapons transfers and other support for its proxies operating in Syria and beyond. The area around the southern portion of the airport is where Iranian operations are most active and have borne the brunt of Israeli airstrikes on the airfield in the past.

Israeli officials have so far not commented on yesterday’s apparent raid, which is in line with its policy of ambiguity regarding airstrikes in Syria.

However, Israel has in the past expressed grave concern about deployments of Iran-backed forces in Syria, including Hezbollah and other Shia militias, and has repeatedly conducted airstrikes in response to this, including targeting weapons depots. At the same time, the Israeli government has made it clear on numerous occasions that it sees Tehran’s growing influence in the Middle East, and especially in Lebanon and Syria, as an existential threat against which it will take action at will.

In the past, Israeli Air Force fighter jets have carried out raids both over Syrian territory as well as launching standoff weapons from outside Syrian airspace, frequently over Lebanon. A significant proportion of these attacks have targeted objectives in southwest Syria, which is home to Iranian forces and Shia militias, but other raids have been reported around the cities of Homs and Hama in central Syria, the northern city of Aleppo, and the town of Albu Kamal on the eastern border with Iraq. Israel has also targeted Iranian-linked activities in Lebanon and Iraq as part of the same wider campaign.

Earlier this month, Israel carried out strikes on a suspected Iranian arms shipment at the port of Latakia, in western Syria, without causing any casualties.

Video of the Israeli airstrike on the port of Latakia on December 7:

Meanwhile, in late November, it was reported that two civilians were killed and six soldiers were wounded in Israeli strikes in Homs province. Syrian air defenses were again activated in response to the attack, SANA claiming that several missiles were shot down.

Damascus has in the past threatened to respond to Israel Air Force strikes into its territory with its own attacks against Israel, including using Scud ballistic missiles, but so far this has never materialized.

The other major power involved in this dynamic is Russia, which, like Iran, has assisted President Bashar al-Assad’s government in regaining control of much of Syria. Typically, however, the Russian military elements in Syria hold back from interfering with Israeli strikes on Iran-linked targets. There is also a process of deconfliction between Israel and Russia, to provide Moscow with advance warning of Israeli Air Force operations.

Whether the latest Israeli attacks are part of a new, wider campaign against Iranian-backed forces in Syria, or if the airstrikes are in response to particular intelligence, for example relating to suspected arms shipments, is unclear. Moreover, the fact that Israeli would apparently decide to attack a currently non-operational runway is mysterious, unless it was targeted simply as a means of further frustrating the Assad regime.

Overall, however, yesterday’s apparent events at Damascus International provide more evidence of an uptick in the number of strikes carried out on Syrian territory by the Israeli military in recent weeks.