Combining U.S., French, and Russian components, the Maisanta YZR is a modern-day equivalent to the M50 Ontos used in Vietnam.

In what has to be one of the most unlikely comebacks in the field of military hardware, Venezuela has developed a spiritual successor to the U.S. Cold War-era M50 Ontos tank destroyer. The M50 was a tracked light armored vehicle brandishing six 106mm M40A1 recoilless rifles that first entered service with the U.S. Marine Corps in 1955 and was used with some success by that service in the Vietnam War, before being retired in 1970. The Venezuelan version is a Mad Max-style creation that brings together a hodgepodge of French AMX-13 light tank chassis, U.S. M40A1 recoilless rifles, and even scopes taken from Soviet-designed Dragunov sniper rifles for targeting.

The new fighting vehicle has been designated as the Maisanta YZR, but it’s also referred to simply as Ontos Venezuela, in a direct nod to the M50. Appropriately enough, Ontos means ‘the Thing’ in Greek. The first images of this new vehicle began to appear in the summer, with very few details available initially, but more information has trickled out gradually since then.

The recoilless rifles used on the Maisanta YZR are apparently the exact same kind of weapons as found on the Ontos, but they are arranged in a different pattern, with all six being mounted in a single row. In contrast, the Ontos had groups of four (top row) and two (bottom row) recoilless rifles, also on a common mount.

The M40A1 has been in Venezuelan service since the early 1960s and has since been used as a portable, crew-served weapon as well as in a jeep-mounted form. In both the Ontos and the Maisanta YZR, the recoilless rifles need to be reloaded manually, meaning the crew has to dismount from the vehicle to prepare for the next salvo, exposing them to enemy fire. The Ontos carried 18 rounds of ammunition for its recoilless rifles and the Venezuelan vehicle likely has a broadly similar capacity. The maximum effective range of the M40A1 recoilless rifle is around 1,200 yards.

It’s been reported that the Venezuelan vehicle is provided with high-explosive anti-tank, or HEAT, ammunition, which was one of the options for the Ontos, although it was only rarely employed operationally in an anti-tank role. Other ammunition options for the Ontos included a high-explosive plastic – tracer round, or HEP-T, which use a plastic explosive that conforms to the surface of a target and is optimized for unarmored targets. With this in mind, it seems the Maisanta YZR is primarily intended to knock out enemy tanks, a role in which recoilless rifles have been almost entirely eclipsed by anti-tank guided missiles, or ATGMs, in the years since Vietnam.

The Maisanta YZR is equipped not only with the six recoilless rifles, but also with six 50-caliber M8C spotting rifles, compared to the four found on the old Ontos. On the U.S. vehicle, these were used to aim the recoilless rifles, the crew first lining up the rifles with their optical sights, then firing the spotting rifle, with a hit on the target being indicated by a puff of smoke. Once shown that the recoilless rifle was correctly aligned with the target, one or more of the M40A1s would be fired. The Venezuelan system takes a different approach, with separate and more modern sights mounted above the rifles.

The Maisanta YZR uses PSO-1 4x24 optical sights taken from the Soviet-designed SVD-63 Dragunov. On the prototype, there appear to be two of these sights, mounted above the second and fifth recoilless rifles. While these sniper sights have been in use since the early 1960s, they remain in production and widespread use. The foresighted sights are viewed via small close-circuit cameras and fed to what looks like a very off-the-shelf Samsung monitor in the hull of the vehicle.

Another gun, mounted centrally, and separate to the recoilless rifles, is apparently a defensive machine gun, also in 50-caliber, just like was found on the original M50.

The chassis of the Maisanta YZR also has a substantial history behind it. It makes use of a French AMX-13 light tank, although the particular version used is a former multiple-launch rocket system, or MLRS, created around a dozen of the Venezuelan tanks had their turrets removed and were instead fitted with LAR-160 rocket launchers provided by Israel’s IMI Systems. In fact, some views of the reworked vehicle suggest that there may still be an option to elevate the barrels to some degree, perhaps utilizing the same mechanism from the LAR-160, which would lend it to use as a light artillery piece, too.

In one significant break from the armament concept pioneered by the Ontos, the Venezuelan counterpart also features an 81-mm caliber mortar, on a bipod, mounted on the forward part of the hull. This could potentially be used to fire smoke shells, creating a smokescreen to help conceal the vehicle.

As of now, it’s not clear if the Maisanta YZR will progress beyond the prototype stage, but Venezuela’s Bolivarian Army certainly has stocks of AMX-13 chassis, both light tanks and former MLRS vehicles that could be readily adapted to the new configuration. With the tank-mounted LAR-160 now decommissioned, at least two of these vehicles have also been adapted to produce a mine-clearance vehicle, with a front-mounted flail to detonate mines.

Should Venezuela take the decision to produce more examples of the Maisanta YZR, it would certainly be an unusual step and one that doesn’t immediately appear to have serious combat potential. After all, other armies in Latin America are already equipped with advanced ATGMs, such as the Rafael Spike found in neighboring Colombia, and a tank destroyer with recoilless rifle armament is anachronistic at best.

On the other hand, if the Maisanta YZR were to be provided with alternative ammunition, like the HEP-T rounds, it could potentially provide a useful fire-support weapon, especially for urban environments, albeit one that lacks the survivability of a modern armored vehicle. With the right kinds of ammunition, the recoilless rifles would be able to punch through walls or other obstacles. It’s notable that the Ontos achieved most of its success in Vietnam in the direct fire-support role, working alongside infantry, and Venezuela could potentially adopt similar tactics.

Alternatively, the Maisanta YZR could be used in a static defensive role, to protect key objectives, for example, another role that was carried out with some success in Southeast Asia.

Furthermore, 106mm rounds, as long as they can still be sourced, are drastically cheaper than missiles. There has been a suggestion in the past that spare parts and perhaps ammunition for the recoilless rifles have been provided to Venezuela by Iran, where the M40 is manufactured by the Defense Industries Organization.

In general, however, the fact that Venezuela is even creating ‘Frankenstein’ vehicles like this reflects a broader malaise — the fact that the country has been isolated from much of the wider world due to sanctions introduced under the previous Hugo Chávez regime. These measures have combined with an ongoing economic crisis to put most modern military equipment out of reach of the armed forces. The army has instead been forced to repair and refurbish the old equipment available to it, even if the results are not necessarily highly viable for modern warfare. 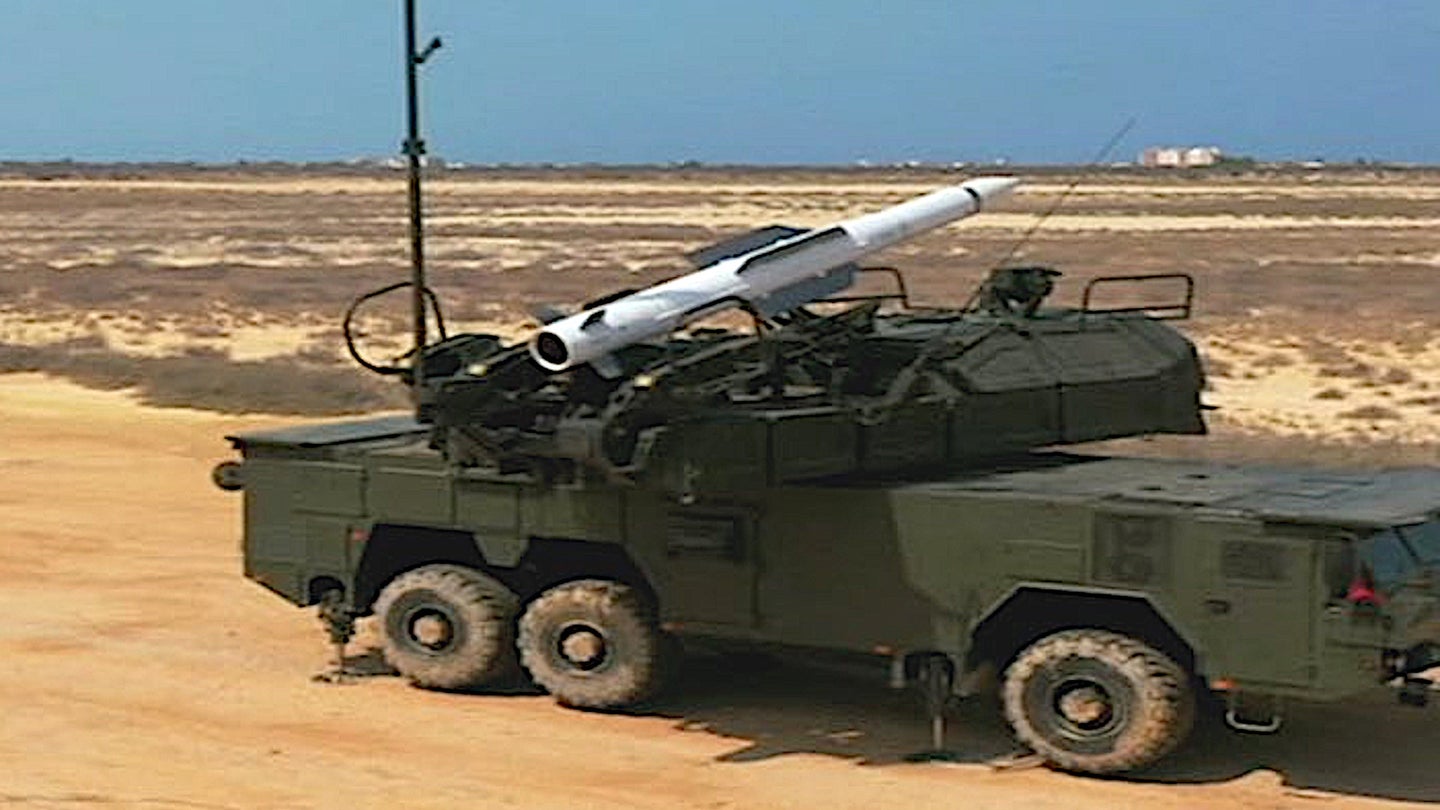 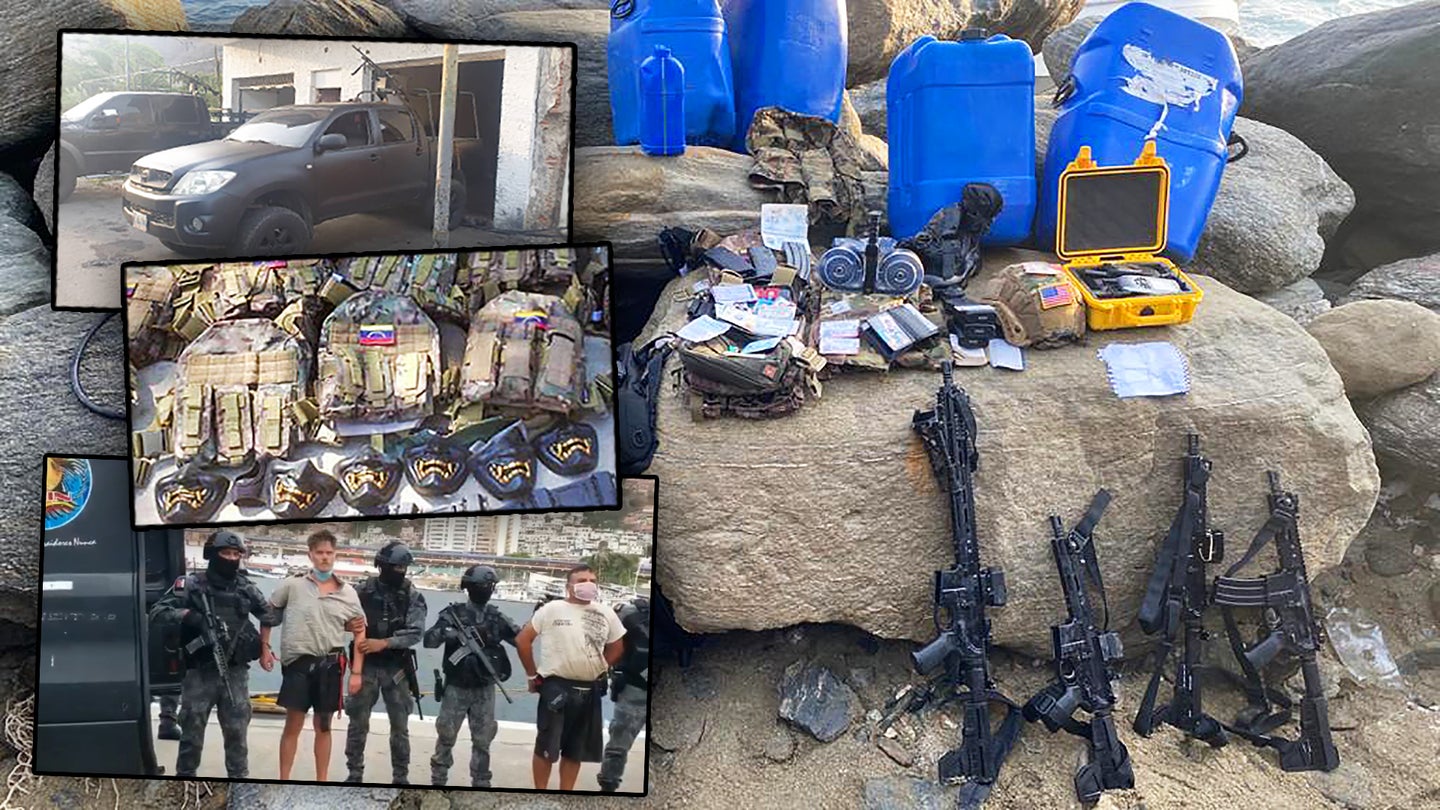 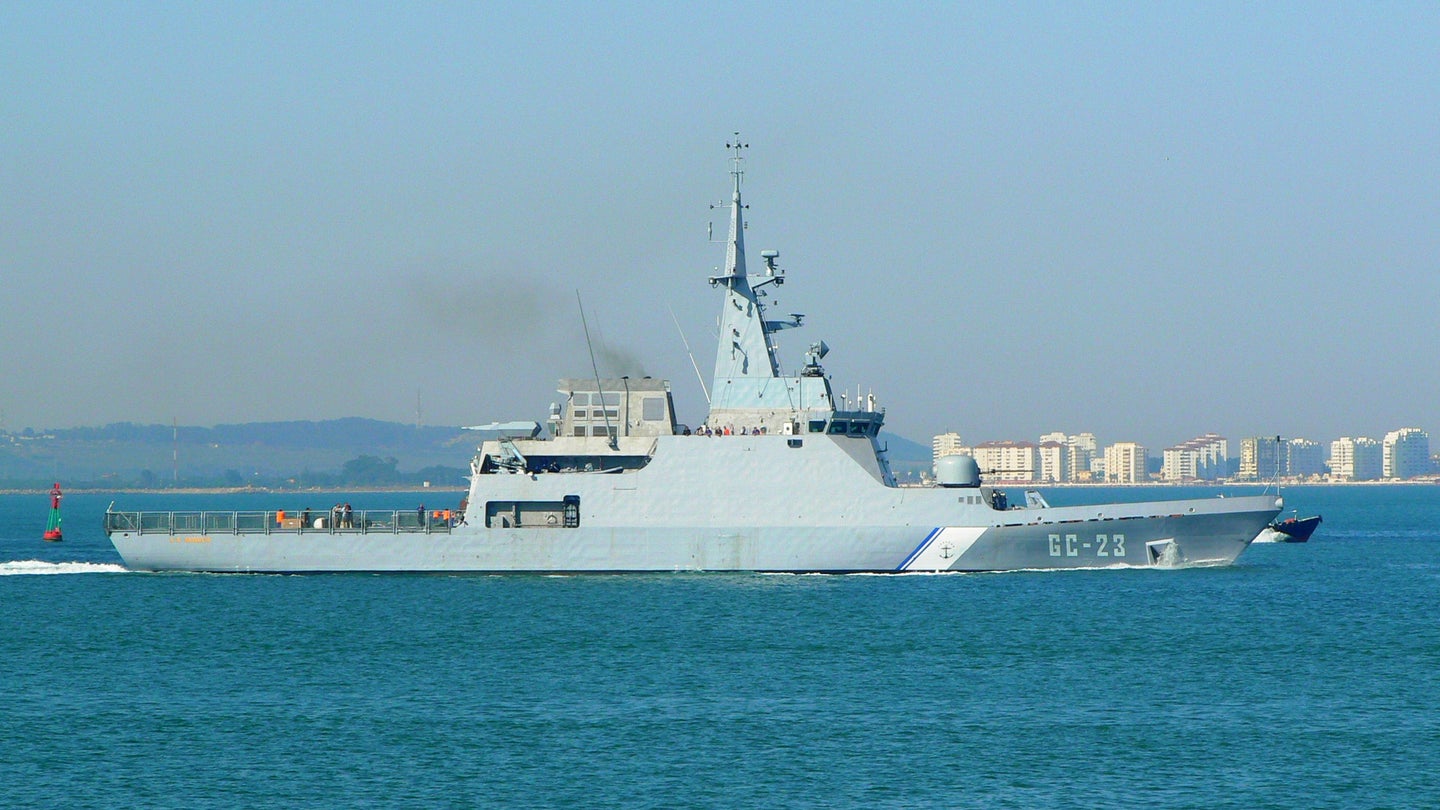