The U.K. Ministry of Defense says that the wreckage of a Royal Air Force F-35B Joint Strike Fighter that crashed into the Mediterranean Sea shortly after taking off from the Royal Navy aircraft carrier HMS Queen Elizabeth last month has been recovered. Successfully locating the remains of the aircraft and retrieving them had been a top priority given the operational security risks that would have been posed if any part of the plane had fallen into the hands of a less than friendly country, such as Russia.

“Operations to recover the UK F-35 in the Mediterranean Sea have successfully concluded” and “there is no danger or compromise to sensitive equipment on the aircraft," a statement from the Ministry of Defense said, which was posted by The Sun newspaper in the United Kingdom. That outlet said that it had taken two weeks to locate the wreck on the seafloor and then another week to successfully bring it up to the surface.

The U.S. and Italian Navies had also been involved in the search and recovery effort, "which was hampered by rough seas," The Sun reported, adding that "the wreckage was recovered to a chartered salvage ship."

The Royal Air Force (RAF) F-35B from No. 617 Squadron, the "Dambusters," had plunged into the Mediterranean on Nov. 17, 2021, for still unknown reasons. The pilot ejected and was recovered safely.

An earlier report suggested that the aircraft had ingested an air intake blocker and that the pilot had unsuccessfully attempted to abort the takeoff after it became clear that the aircraft would not reach sufficient speed to get airborne, but this remains unconfirmed. A video, seen in the Tweet below, had emerged on social media last week that appeared to show the crash as recorded by a video camera system on HMS Queen Elizabeth and was in line with that report. U.K. Defence Journal

published a story earlier today, citing anonymous sources, saying that the individual who had leaked that video after recording it on their cell phone has now been arrested.

The lack of any grounding order following the incident does strongly indicate that British officials already believe that some kind of human error, rather than a technical issue with the aircraft, was the cause of the mishap.

Regardless of the cause of the accident, the aircraft, or at least the bulk of what is left of it, are now safely back in the hands of the U.K. government. As The War Zone

previously reported, the remains of an F-35 of any type could have been an intelligence windfall for a potential adversary, especially if the aircraft could be recovered largely intact. Similar concerns had been raised after a Japanese F-35A crashed in the Pacific Ocean in 2019. At least some of the wreckage of that jet was left at the bottom of the sea.

Russia, with its fleet of deep-diving special-mission submarines, as well as the deep-sea salvage ship Yantar, and with its very active presence in the Mediterranean, was the country most likely to have both the means and opportunity to try to get to the aircraft first. Those concerns were shared by British officials.

"We are aware of Russian undersea capabilities, and you are quite right to identify them as being state of the art," National Security Adviser Sir Stephen Lovegrove had said before the U.K. House of Commons' Defense Committee yesterday. "The kinds of precautions and operations that we are undertaking at the moment are designed at least in part to ensure that the technology of the F-35B remains as confidential as you would like it to be. Those security aspects are very much at the top of our mind. My understanding is that the experts know where the aircraft is."

"The recovery of the flight data recorder and the wreckage are really vital for an accurate investigation to determine the causes of the crash," Lovegrove had also said.

Now that the wreckage of the aircraft has been recovered, U.K. investigators may be able to fully determine the circumstances of the crash, though it remains to be seen when that information might become public. The remains of the aircraft are now at least secure and do not now pose any security risk. 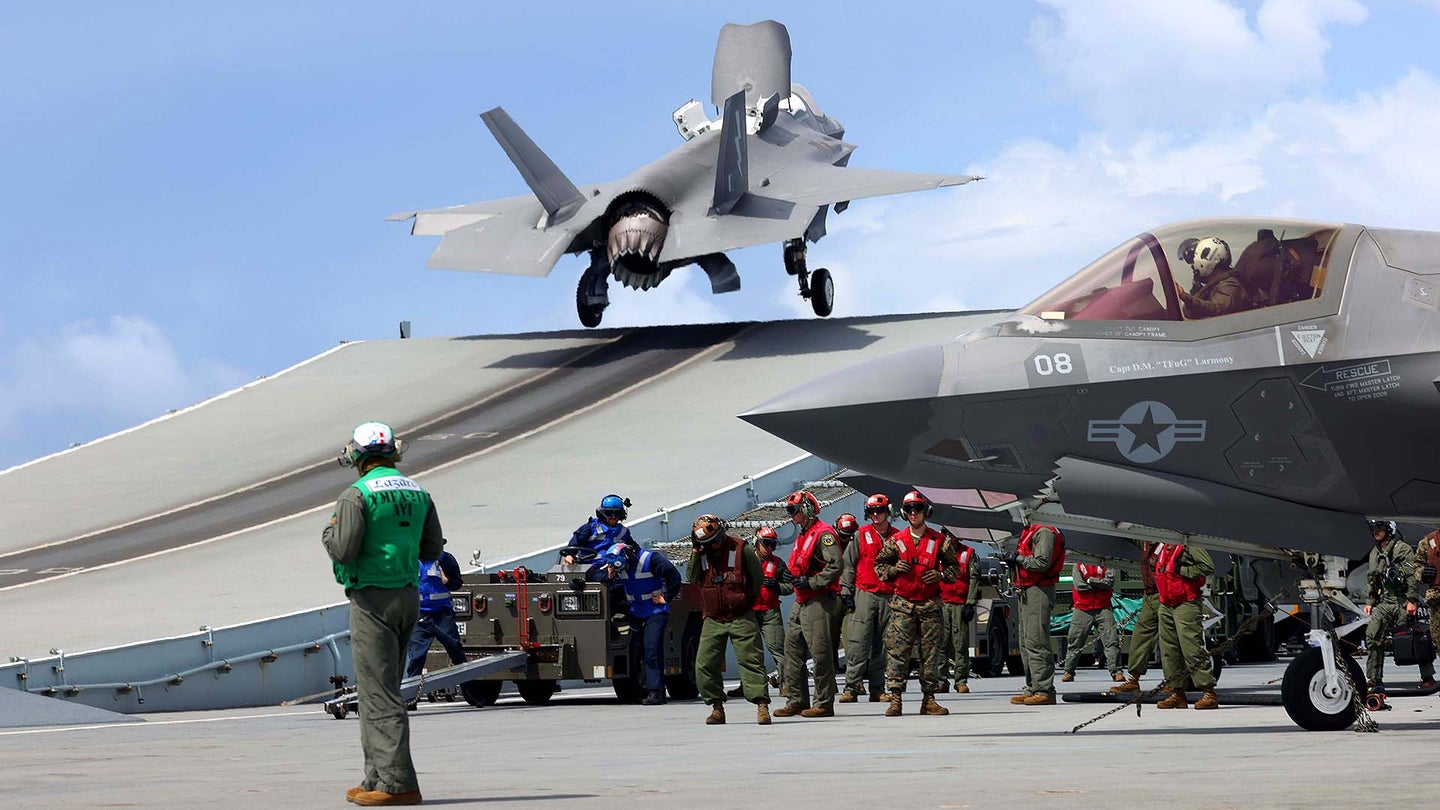 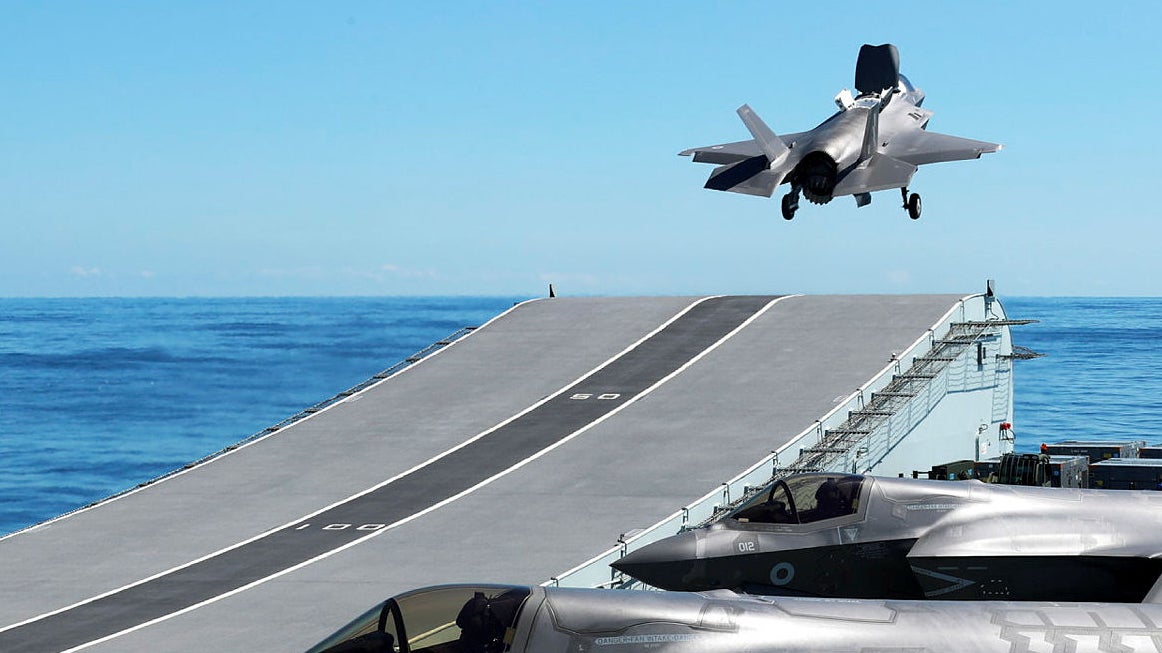 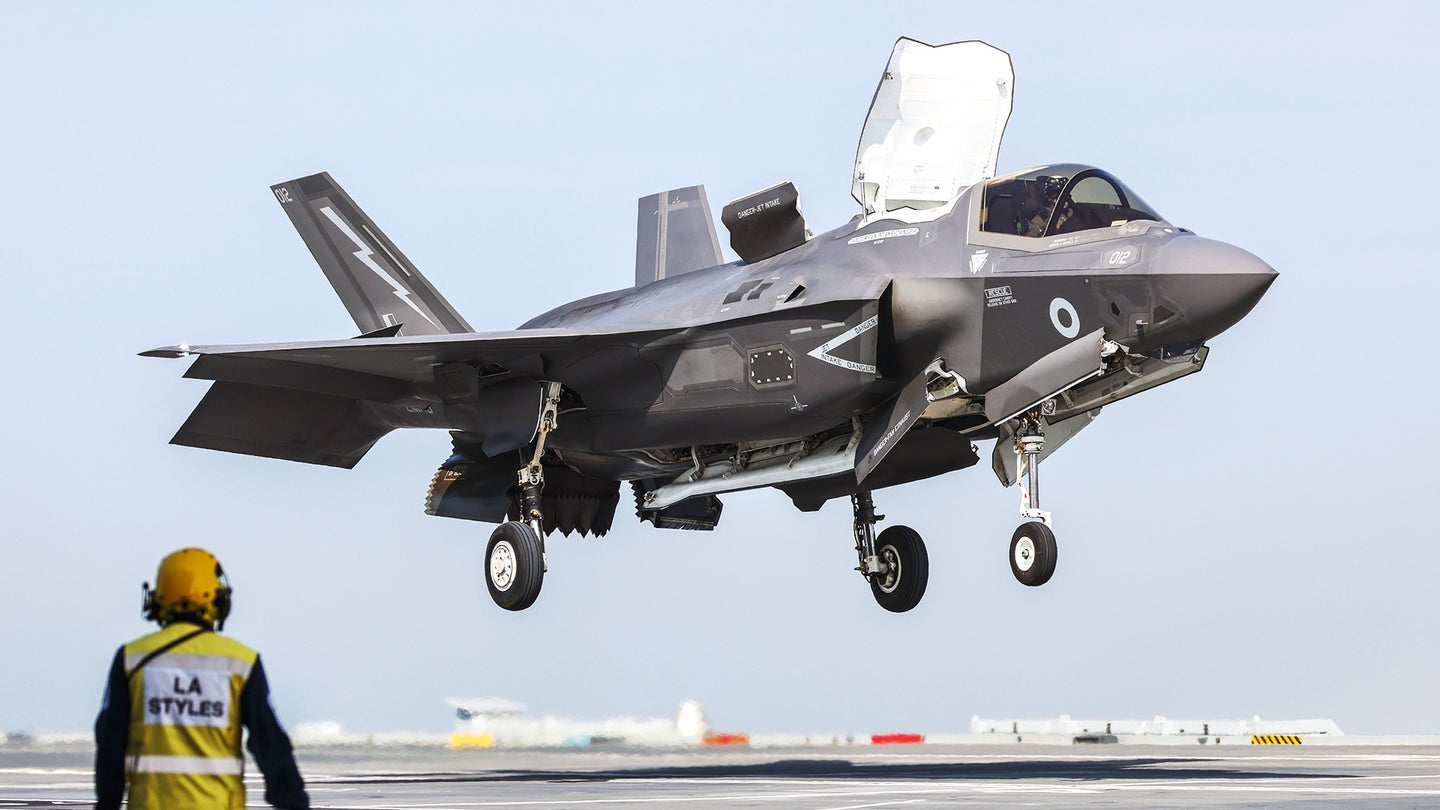