The second attempted attack on Pearl Harbor indirectly changed the course of the war in the Pacific. 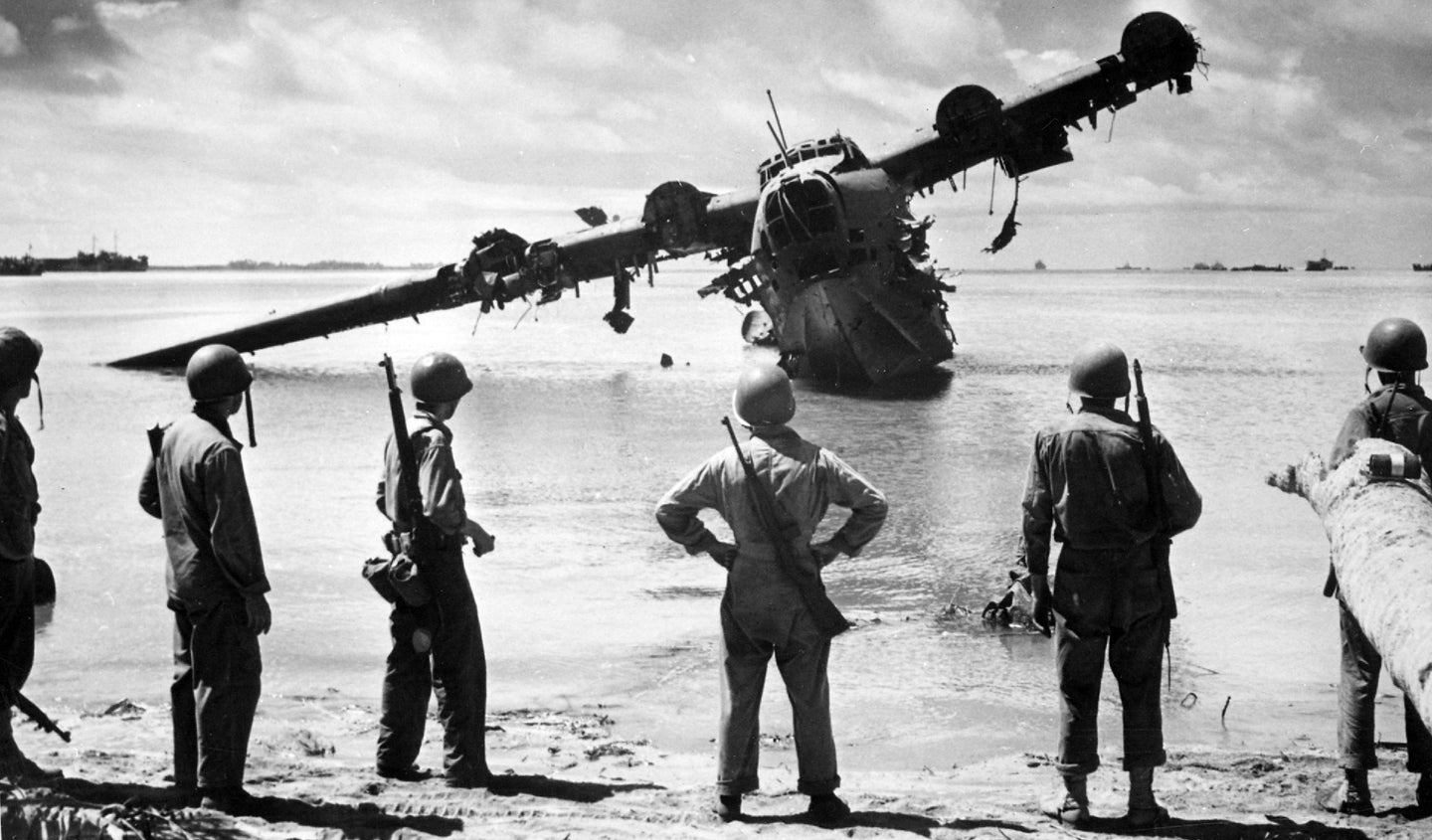 Eighty years ago today, the Japanese attack on Pearl Harbor plunged the United States headlong into World War II, and the event’s notoriety has ensured it has remained a profound touchstone in the public’s imagination ever since. The surprise raid of December 7, 1941, exacted a heavy toll on the U.S. Navy’s Pacific Fleet battleships in particular, but it was not enough for Imperial Japan. That country staged a much less well-known follow-up attack less than three months later, this time using huge four-engine Kawanishi H8K flying boats, at the time a brand-new weapon, in what was one of the longest bombing missions flown up to that time.

The effects of the December 7 raid were, at first sight, immense, with the Imperial Japanese Navy, or IJN, having scored hits on all eight of the Pacific Fleet battleships, destroying two of them and putting the remainder out of action for different lengths of time. On top of the materiel losses, more than 2,400 Americans had been killed.

Although the United States had been dragged into the war, Japan now continued its imperial conquest of Asia, with hopes that a weakened U.S. Pacific Fleet would be unable to stop it.

Very quickly, however, it became clear that the actual damage to the naval base at Pearl Harbor was limited. While 21 ships had been damaged to some degree, the vast majority could be repaired. And this process was made easier by the fact that the shipyards and maintenance facilities at the base had survived almost unscathed. Fuel reserves at the base had also been spared, and the Pacific Fleet aircraft carriers had not been in port when the IJN struck.

In March 1942, the IJN was ready to launch a follow-up surprise raid on Pearl Harbor, known as Operation K. The original December 7 mission had been planned as Operation Z.

The aim of this attack was to put a stop to the recovery and maintenance work ongoing at the base, further blunting the Pacific Fleet’s ability to counter the IJN across the Asia Pacific theater. The mission was also intended to gather reconnaissance on the overall situation at Pearl Harbor.

While Operation Z had been spearheaded by multiple aircraft carriers, as well as submarines large and small, Operation K would send a much smaller package of bomb-carrying flying boats. The chosen aircraft was the Kawanishi H8K, which was given the Allied reporting name Emily.

Described by aviation historian René Francillon as “the most outstanding water-based combat aircraft of the Second World War,” the H8K was then one of the most recent types to enter IJN service — it had made its first flight in prototype form in January 1941, with production authorized later that year. It was judged the ideal platform for the second raid on Pearl Harbor thanks to its prodigious range — more than 4,400 miles in patrol configuration — and its useful internal bombload of up to 4,400 pounds. Other potential long-range bombing missions using the H8K against targets in California had apparently been discussed but were quickly shelved.

Long range would be a prerequisite of the second raid on Pearl Harbor, which would involve a 4,800-mile round trip. Never before had a small number of aircraft attempted such a long bombing mission, and few, if any, had covered such a distance without any fighter escort. If successful, more similar raids were planned, with the aim of further degrading the U.S. Navy’s warfighting potential.

In fact, despite its size, the H8K would later demonstrate an unusual ability to survive encounters with enemy fighters. It was surprisingly maneuverable in the air, and it was protected by a very heavy defensive armament, with up to five 20-mm cannons and four 0.303-inch machine guns mounted in various positions around the aircraft.

Although initial plans called for five H8Ks to take part in Operation K, only two were ultimately available for the mission, both assigned to the Yokohama Naval Air Corps. The big flying boats took off from their base at Wotje Atoll in the Marshall Islands, in the western Pacific Ocean, on March 4, 1942. Lt. Hisao Hashizume commanded the first aircraft, with Ensign Shosuke Sasao in charge of the second one. Each flying boat was armed with four 550-pound bombs, which were to be dropped on the docks at Pearl Harbor. Remarkably, this was the first time the aircraft had even been deployed in combat.

The flying boats first touched down at French Frigate Shoals, around 1,900 miles from Wotje Atoll, 560 miles northwest of Honolulu. This was the largest atoll available in the Northwestern Hawaiian Islands, owned by the United States, but remote and unoccupied and used by the IJN as an anchorage. Here the flying boats rendezvoused with two submarines that were waiting to refuel them.

When darkness fell, the H8Ks took off and headed toward Oahu.

In fact, as they had been ahead of the December 7 attack, U.S. codebreakers were aware that the Japanese were planning on some kind of operation involving refueling at French Frigate Shoals. As was the case in the lead-up to the Pearl Harbor raid, this intelligence was apparently ignored.

The Japanese, too, suffered from the vagaries of the intelligence available to them. They had been able to intercept and read U.S. weather reports that would have helped find a window with clear weather over Pearl Harbor. A change in the American codes cut them off from that information and meant the H8Ks were now going to be flying through clouds and rain.

Regardless of the U.S. intel misstep, at a distance of around 200 miles from Hawaii, the flying boats were picked up by two U.S. radar stations in Hawaii, and P-40 fighters were scrambled from the island to intercept them. Though they had no airborne radar of their own to warn them of this response, the Japanese intruders were cloaked by darkness and thick clouds and managed to slip through the defenses, arriving over Oahu at around 15,000 feet early in the morning of March 4.

Although the night and poor weather offered the IJN aircraft protection, the downside was that their crews now had to find their targets visually. With little in the way of moonlight to help them, and with a blackout over Hawaii since the December attack, it was left mainly to dead reckoning. Plans to have the IJN submarine I-23 off Pearl Harbor to help guide the flying boats to their target also fell through when it disappeared off Hawaii. I-23 was subsequently determined to have been lost, but the circumstances of its sinking are unknown to this day.

Archival footage of the H8K:

The crews of the IJN flying boats dropped their bombs, but under these conditions, they were relying on a good degree of luck to get anywhere near their naval targets. Instead, the weapons from Hashizume’s aircraft fell on the foothills of the extinct volcano outside Honolulu, blowing out the windows of a high school but not causing any injuries.

It’s unclear what happened to Sasao’s bomb load, but it likely came down into the water, after he had lost contact with the bomber leader as they began their attack run.

After dropping their weapons, the two flying boats flew southwest toward the Marshall Islands. Sasao managed to return to Wotje Atoll, but Hashizume’s aircraft had damaged its hull on departing French Frigate Shoals, so he instead flew to his home base at Jaluit Atoll, also in the Marshall Islands.

The raid had been a success in terms of launching a very long-range bombing mission against Hawaii and arriving there unscathed. As such, the Japanese used it for propaganda value, reporting considerable damage to Pearl Harbor as well as multiple U.S. casualties.

The actual military result had been negligible. In fact, the mission had the very opposite effect as what had been hoped.

A second mission was flown on March 10 but ended in disaster. Hashizume’s H8K was shot down by Brewster F2A-3 Buffalo fighters from U.S. Marine Corps fighter squadron VMF-211 near Midway Atoll.

Instead of putting a stop to the U.S. Navy’s recovery plans for its Pacific Fleet, the initial raid had alerted the Americans to the continued threat posed against Hawaii. While the IJN raiders had not been intercepted, the radar coverage insured at least that it could be determined that they had refueled at French Frigate Shoals. In response, a U.S. Navy destroyer was now tasked to patrol the area to watch for Japanese activity.

A little over a month later, the U.S. military launched a long-range bombing mission of its own, flying 16 B-25 bombers off the deck of the aircraft carrier USS Hornet to attack a string of Japanese cities on the Japanese mainland. The main value of the April 18, 1942 “Doolittle Raid” also lay in what it signaled to the enemy — namely, that the United States was willing and able to take the war to the heart of Japan.

With the United States now demonstrably on the offensive, Japan was compelled to double down on its effort against Hawaii, convinced that it had to conquer these islands and destroy the U.S. Navy’s carrier fleet to blunt any future American aggression.

The next step toward Hawaii was the Midway Islands, where the U.S. Navy and IJN would come to blows in a major battle of June 1942, in what was widely considered the turning point in the Pacific War.

In an ironic twist to the story of the H8K in the Pacific campaign, as Wyatt Olson observed in his account for Stars and Stripes, the flying boats were to be tasked with reconnaissance of the U.S. Navy’s carriers ahead of the Battle of Midway. But ever since the two H8Ks had used French Frigate Shoals to attack Hawaii, the islets had been closely guarded by the U.S. Navy. With the shoals unavailable to launch scouting missions, the IJN was deprived of vital intelligence that would likely have warned them that American carriers were lying in wait for them at Midway. As it was, the U.S. Navy sent four Japanese flattops, among other enemy ships, to the bottom of the Pacific during that battle.

While the second attack on Pearl Harbor ended up in many ways setting the stage for the ultimate defeat of the IJN at sea and for the unraveling of Japan’s imperial ambitions in Asia, the H8K would soldier on until the end of the war.

Still, although it was never built in numbers that approached the American PBY Catalina or the British Short Sunderland, the H8K established a reputation for excellence. However, the 167 examples built were increasingly wasted on missions such as troop transport, as the tide of the war turned against the Japanese.

Today, military flying boats have a much more limited presence in the Asia Pacific region. It’s notable that ShinMaywa Industries, which today builds US-2 amphibious aircraft for the Japan Maritime Self-Defense Force, or JMSDF, is descended from the Kawanishi Aircraft Company that built the H8K.

There has been revived interest in this kind of capability within the U.S. military more recently. In a turn of events that would have been unimaginable 80 years ago, a senior officer from the U.S. Air Force Special Operations Command last month visited the JMSDF unit at Iwakuni, Japan, to learn more about its US-2s, as the command continues to look toward fielding an amphibious version of the MC-130 transport.

So, while the IJN’s long-range bombing mission against Pearl Harbor may now be widely forgotten, despite its strategic implications, the days of flying boats covering the vast expanses of the Pacific are apparently far from over.