A Flock Of U.S. Military Business Jets Has Descended On Southern California

It's a vivid reminder that the Pentagon's brass flies in style. 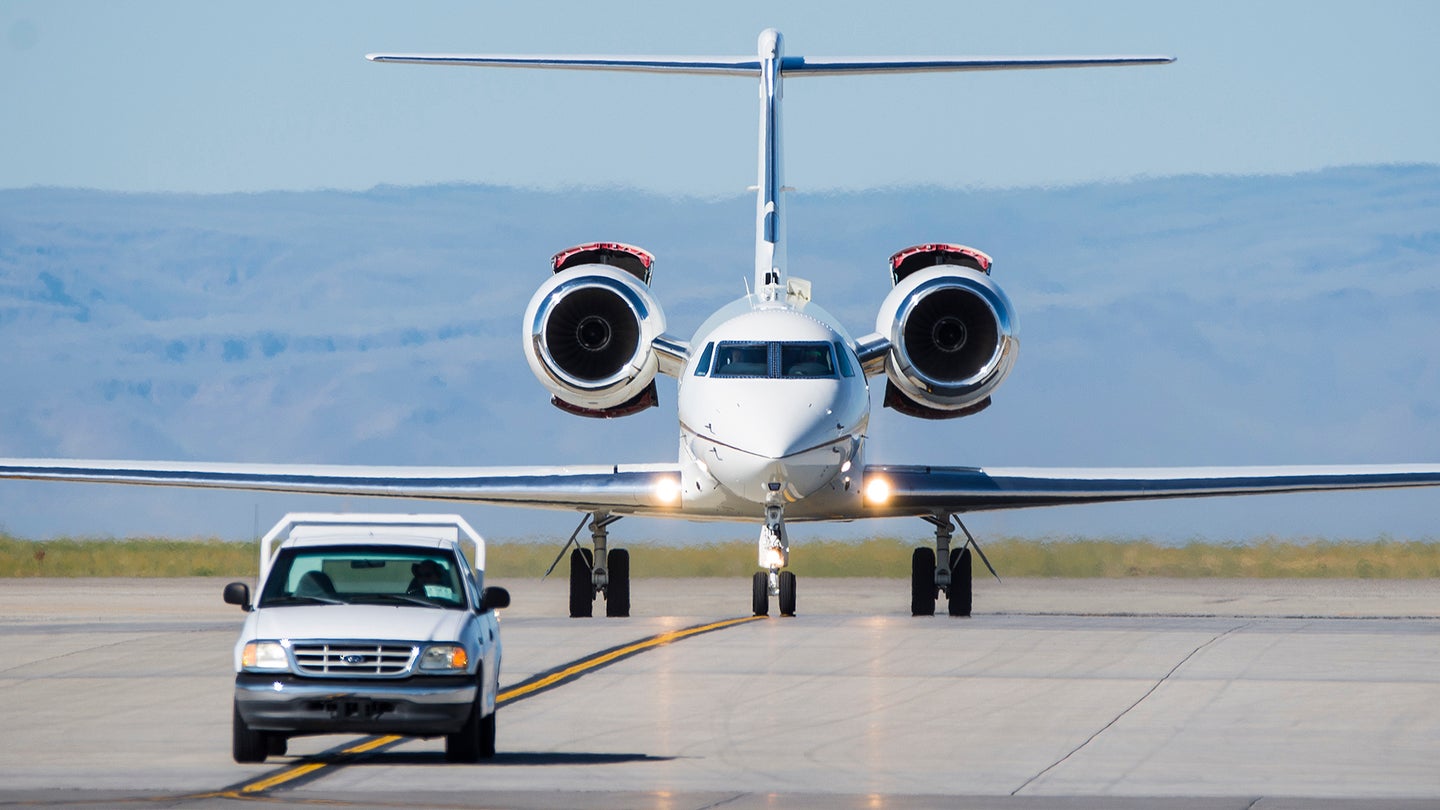 While the Pentagon's vast stable of tactical aircraft, bombers, cargo planes, helicopters, and tankers get most of the attention, another fleet exists that has the primary mission of ferrying around the brass. These aircraft, from C-40 variants of the 737 to C-37 variants of the Gulfstream 5 family, as well as smaller jets and turboprops, operate all around the world on any given day, but on a few occasions, they migrate en masse to a common destination, like a flock of guilded birds. That was certainly the case today as plane trackers spotted one military bizjet after another descending into Southern California.

With the majority landing at Naval Air Station Point Mugu and Van Nuys Airport, this mass movement of executive transports, which included the Secretary of Defense aboard an E-4B, was spurred by the Reagan National Defense Forum that is taking place today and tomorrow at the Reagan National Library in Simi Valley.

The flag rank-studded event is a who's who of top players in America's military-industrial complex, including politicians, generals, and executives from major defense-related corporations. You can check out the impressive program for the event here.

Most of these people do not travel commercial.

14 of the Pentagon's most prestigious VIP transports, mainly C-37s and a few C-40s, have been involved in this executive airlift of sorts. Here is the full list according to airplane tracker and contributor Matt Hartman:

There is always debate to be had about the cost of such travel on the taxpayer's dime and the return on investment for non-critical events such as this one, especially in an age where teleconferencing and telecommuting can be done by anyone with a basic mobile phone. These aircraft cost many thousands of dollars an hour to operate and cost many tens of millions of dollars to acquire. Some cry foul when Pentagon leadership whines about lack of funds for critical combat capabilities yet continue to use these aircraft constantly. At the same time, for America's top military leaders, time is very valuable and some need access to secure communications in order to make the best use of that time. Requirements for secure communications are deemed especially critical for a few at the very top, in case of emergencies. They also commonly travel with entourages, which can help justify the cost.

Regardless, it is stunning to see so many of these military-owned and operated flying limousines head to the same place at the same time.

Now the big question is did anyone think about 'jet-pooling?'