Amid growing concerns about a potential new large-scale Russian invasion of Ukrainian territory, at least one Russian T-80 tank has apparently been sighted in occupied Crimea with a bizarre-looking ad hoc armor fit. Armor of this type has been increasingly appearing on Russian tanks as of late and appears to be primarily intended to defend them against attacks by loitering munitions and other armed unmanned aircraft. The solution, which is part of a wider trend of improved defenses for Russian tanks, may well have been inspired by the destruction wrought by drone-launched munitions during last year’s conflict in Nagorno-Karabakh, although it may have at least some capacity to decrease the effectiveness of certain top-attack guided missiles, too.

The aforementioned cage or screen-like structures added to the turret tops of Russian tanks are crude metal structures, similar to slat armor, that are clearly intended to provide protection against attacks from directly above. Traditionally, of course, protection for tanks has focused on the sides and the front of the hull and turret. While the armor that we see in the video reportedly taken in Crimea is one of the more common designs, there doesn’t seem to be any standardization of this concept yet, suggesting this work is probably being undertaken, at least partly, on an experimental or improvised basis.

Some observers have suggested these top-mounted screens are a response to the threat posed by advanced anti-tank guided missiles, or ATGMs, like the Javelin, which attack from above, and which are now in Ukrainian hands. While the primary function is likely to protect against munitions launched by drones and loitering munitions, the metal structures could potentially interfere with an ATGM's detonation sequence. In the case of Javelin, it could decrease the effectiveness of its tandem warhead, which is specially timed to defeat explosive reactive armor (ERA). Even if the cage doesn’t outright stop a missile like Javelin consistently, it could reduce its probability of a kill. Javelin is just one threat, there are other less complex ATGMs that these crude installations could possibly provide some protection against, as well.

Regardless, it would seem Russia is almost certainly taking lessons from the conflict in Nagorno-Karabakh, when Azeri forces employed Turkish-made Bayraktar TB2 drones armed with MAM-L precision-guided munitions, and other weapons to great effect against Armenian forces. Weapons like the MAM-L, or even smaller mortars and grenades, are unpowered but can have a devastating effect even on heavy armor, especially when employed in significant numbers.

Another driver behind the additional self-protection features could be the Israeli-made Harop loitering munitions, also employed in Nagorno-Karabakh. The problem of how to defend ground forces against both loitering munitions and drones launching small munitions is one that is of growing importance right now.

From the Russian perspective, it’s noteworthy that, like the Javelin, both the TB2 drone and the MAM-L munition are both now in service with Ukraine. In addition, Ukrainian forces are making increasing use of simpler, smaller drones, including quadcopters, armed with adapted mortar rounds and other explosive payloads to attack Russian-backed forces in the east of the country.

In addition to the cage-type protection, other Russian tanks have been seen recently fitted with other types of standoff armor, including metal screens applied around their hulls and mounted on the rear of the turrets. These items are broadly reminiscent of the kinds of structures fitted to Soviet tanks to protect against shaped-charge anti-tank weapons in World War II. Similar types of slat armor have also appeared fairly regularly during the ongoing civil conflicts in Libya and Syria, primarily to thwart side-on attacks from high-explosive anti-tank rounds, especially those fired from rocket-propelled grenades (RPGs). This type of armor also became a staple of the war in Iraq.

As military blogger Petri Mäkelä identifies on his Vantage Point North site, an appearance has also been made by what looks like additional explosive reactive armor, mounted not in the usual box-like segments but instead within small sandbags, in turn, mounted on a lightweight frame around the tank’s skirts. These seem to be used in combination with the aforementioned cages and would provide a further degree of protection against projectiles approaching from the side.

More advanced protection for Russian tanks continues to crop up, as well, including active protection systems such as the Shtora, an electro-optical system that disrupts the laser designator and laser rangefinders that help target ATGMs and other projectiles. According to Mäkelä, a “small amount of the latest T-90M and T-72B3 tanks have active protection systems that may be able to defeat most of the anti-tank missiles and slower-moving HEAT [high-explosive anti-tank] shells.”

Another such active protection system reportedly involves a thermal emitter that can be mounted on a tank snorkel, providing further distance from the tank itself and apparently serving to decoy or confuse an ATGM seeker.

However, while slat armor, ERA, and active protection systems have all been seen before, it’s the turret-top cages that are the most novel. What’s more, the nature of these constructions suggests they have been put together at the unit level, on an extemporized basis, rather than being supplied as a pattern by maintenance units or factories. Some elements have not even been painted. “While crude,” Mäkelä writes, “the system looks reasonably effective.”

This all speaks to a rapid effort to field this additional protection, with an eye on drone attacks in particular. The appearance of these cages doesn’t necessarily signify preparations for an imminent military operation but could well be the result of an urgent directive calling for new solutions to counter what’s clearly a growing and asymmetric menace. If successful, then it’s likely we may start to see more standardized patterns of upper screen or cage armor in the future.

On the other hand, Ukraine’s fielding of the TB2 and other armed drones, as well as Javelin missiles, does change the balance on Russia’s western borders and, if Moscow were to launch an offensive in the region, then we are likely to see cage armor make a more widespread appearance.

As for the situation in and around Ukraine, the U.S. Embassy in Kyiv today issued a security alert relating to “concerning reports of unusual Russian military activity near Ukraine’s borders and in occupied Crimea.” As we have reported previously, there have been growing fears that Moscow might be gearing up to launch a new, large-scale invasion of eastern Ukraine as early as January.

If that does happen, it’s likely that we would see not only new Ukrainian drones and ATGMs in action but also further modifications of Russian armor to try and offset these threats. 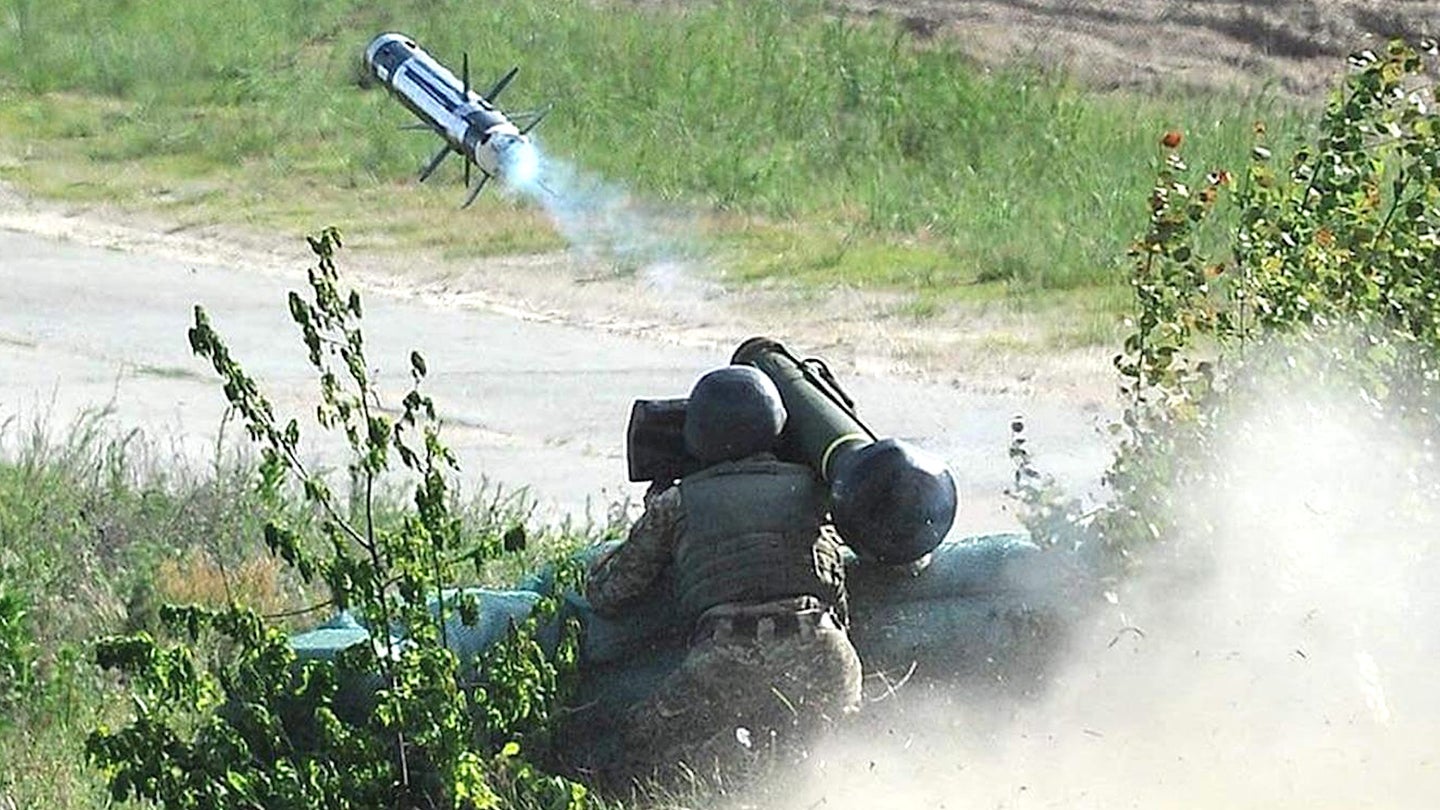 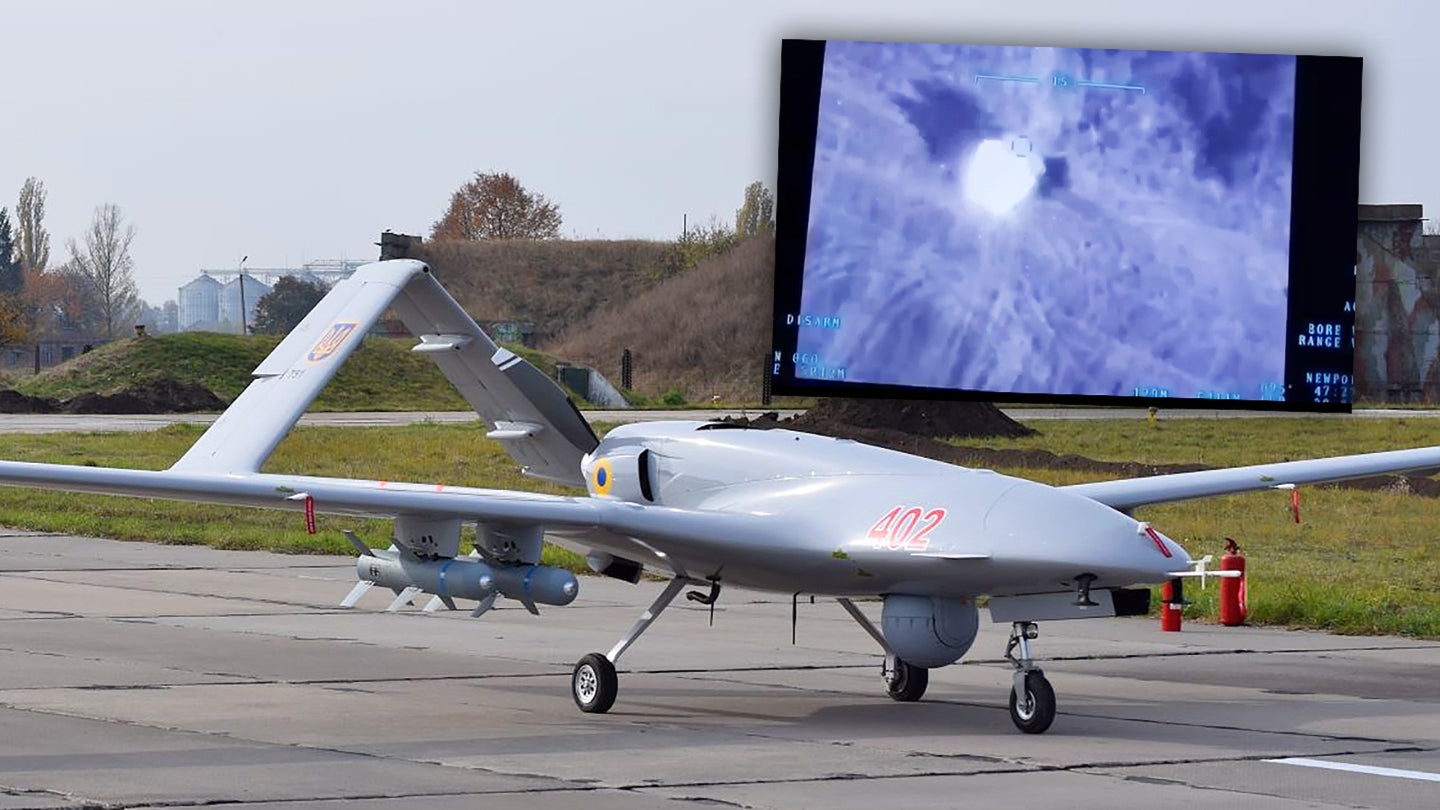 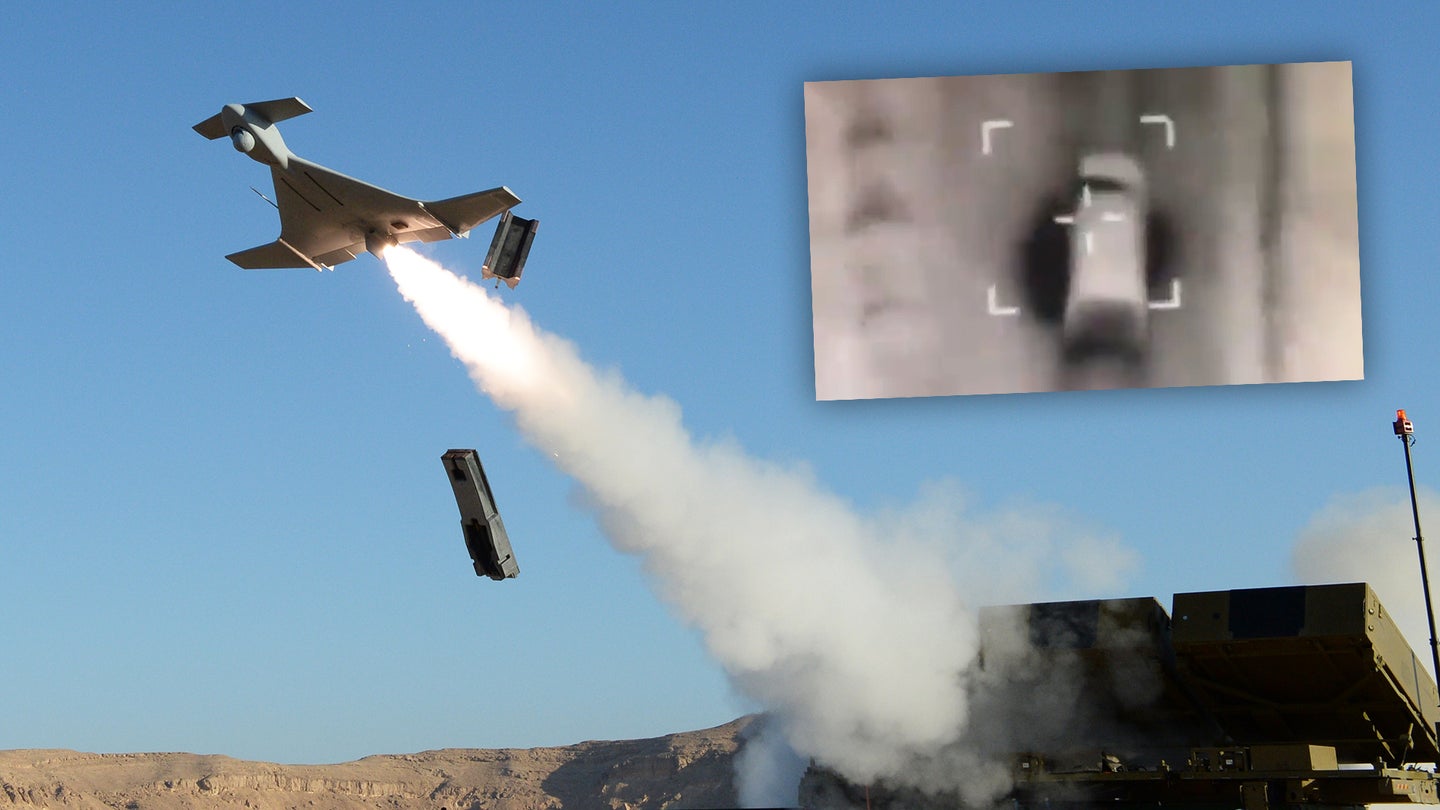 The Sound Of This Nighttime Suicide Drone Strike Is Absolutely Terrifying

The screaming sound of the Harop as it dives onto its target under the cover of darkness is chilling to the bone.