A highly intriguing U.S. Air Force F-22 Raptor stealth fighter was caught in the camera lens of talented aviation photographer Santos Caceres as it blasted out of Nellis Air Force Base in Nevada on the morning of Nov. 19, 2021. The aircraft is seen largely covered in a tile-like reflective metallic coating that is unlike anything we have seen on a Raptor ever before.

While the F-22 can look drastically different when its intricate skin coating and delicate composite stealthy structures are in various states of repair, one sporting polished metal has never been seen before, nor does it make any outright operational sense. Note how the coating has been carefully applied to not interfere with the jet's many key access points, sensor and antenna areas, and other critical systems.

While what we are exactly seeing here is still up for debate, it looks like the Raptor in question has a mosaic of reflective material applied to its normal skin for some sort of testing purpose. It just so happens that we have seen something uncannily similar before, but on an even more exotic airframe.

exclusively reported that one of Scaled Composites Model 401 "Son Of Ares" demonstrators had flown a number of test flights over Naval Air Weapons Center China Lake covered in a highly reflective metallic coating. It had a similar patchwork quality to what we are seeing here on the F-22. At the time, we posited that this could be for testing advanced infrared sensors and even possible low-power laser systems and their targeting capabilities against a 'mirrored' target.

There is a tremendous amount of testing currently ongoing on infrared search and track systems (IRSTs) that are in the early processes of being widely fielded by the Air Force and the Navy, as well as developmental work on emerging aerial laser systems. Of unique note is ongoing testing of multiple General Atomics Avenger unmanned combat air vehicles sporting Legion IRST pods that has been occurring over the Mojave Desert. These tests have been in conjunction with the Skyborg aerial artificial intelligence initiative and larger highly advanced testing scenarios. The testing of various laser systems is also becoming extremely aggressive, as well as part of a larger push to move directed-energy concepts into an operational state. This includes laser systems intended to be fielded aboard fighter aircraft.

The F-22 could be a highly prized target platform for these types of tests because of its performance — namely, its ability to fly at upward of 60,000 feet with regularity. The thin and cold air at that altitude, as well as the angle at which most sensors would view such a target, against the dark and cold background of the upper atmosphere, could be very beneficial for trialing these systems. Just having a high-performance fighter wearing this coating, which some who have seen it describe as being like the shiny side of foil, could have its own testing benefits as the systems it is being tested against mature, but the use of an F-22 is quite the tell here. These prized aircraft are not usually used for tests like this. If a generic fighter target was needed, an F-15 or F-16 that has none of the low-observable skin considerations, among many other factors, could have been used.

We may have also seen a similar application on an F-117 before, which would not be surprising as these aircraft directly support continued airborne signature testing. Regardless, by all accounts, the USAF appears to be making huge investments in airborne signature testing in recent years, which makes sense considering the geopolitical and competitive climate we are living in now. It is possible that this mirror-like coating has developed into a modular and non-invasive application that is now part of that developmental ecosystem.

Of course, there could be entirely other testing and developmental objectives at play here. But for an aircraft that was designed at great cost and effort to not directly reflect electromagnetic energy from radars, testing a skin treatment that could do the exact opposite in other spectrums is highly interesting. 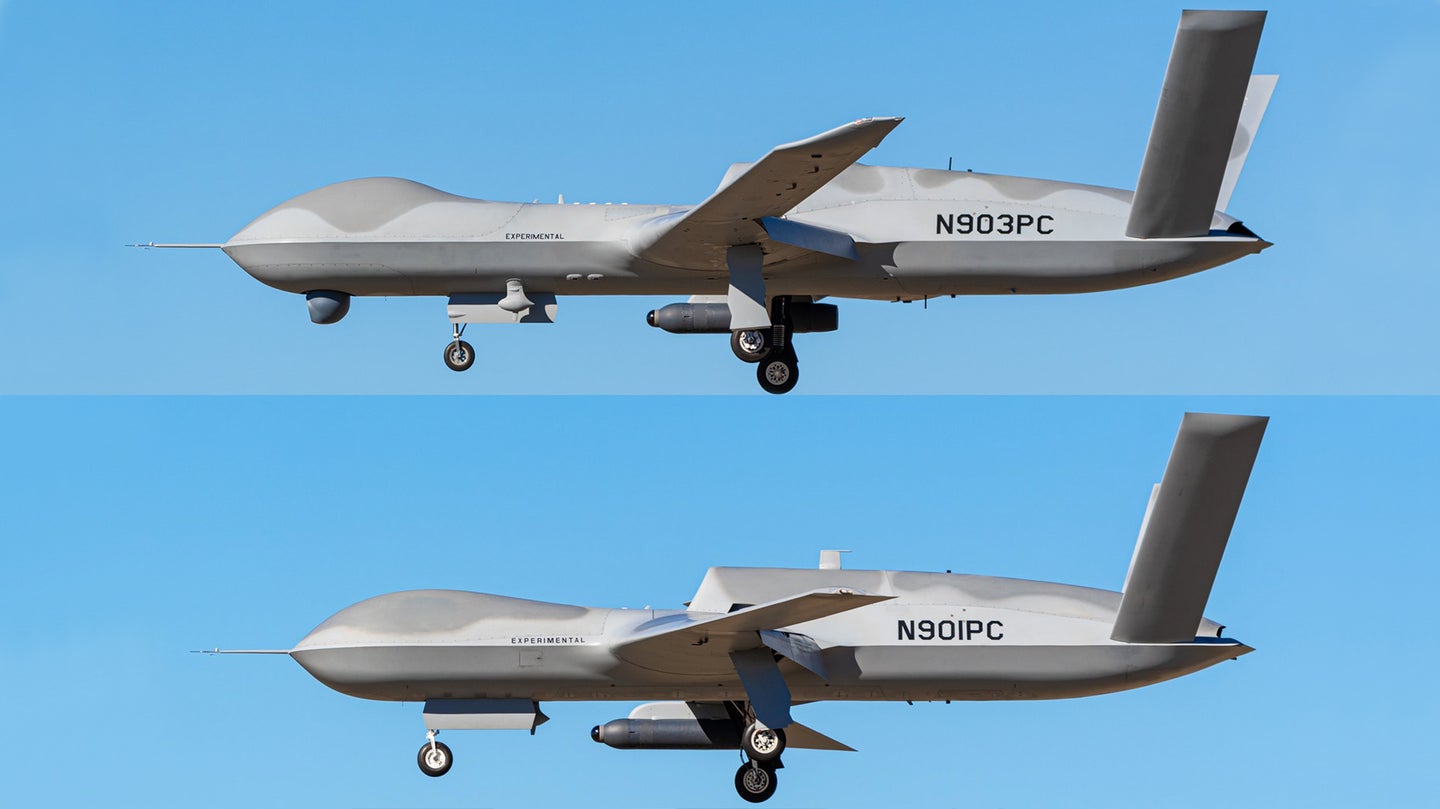 This Is A Great Comparison Between General Atomics’ Avenger Drone Configurations

Examples of General Atomics Avenger and Avenger ER unmanned aircraft were spotted landing after taking part in a major exercise. 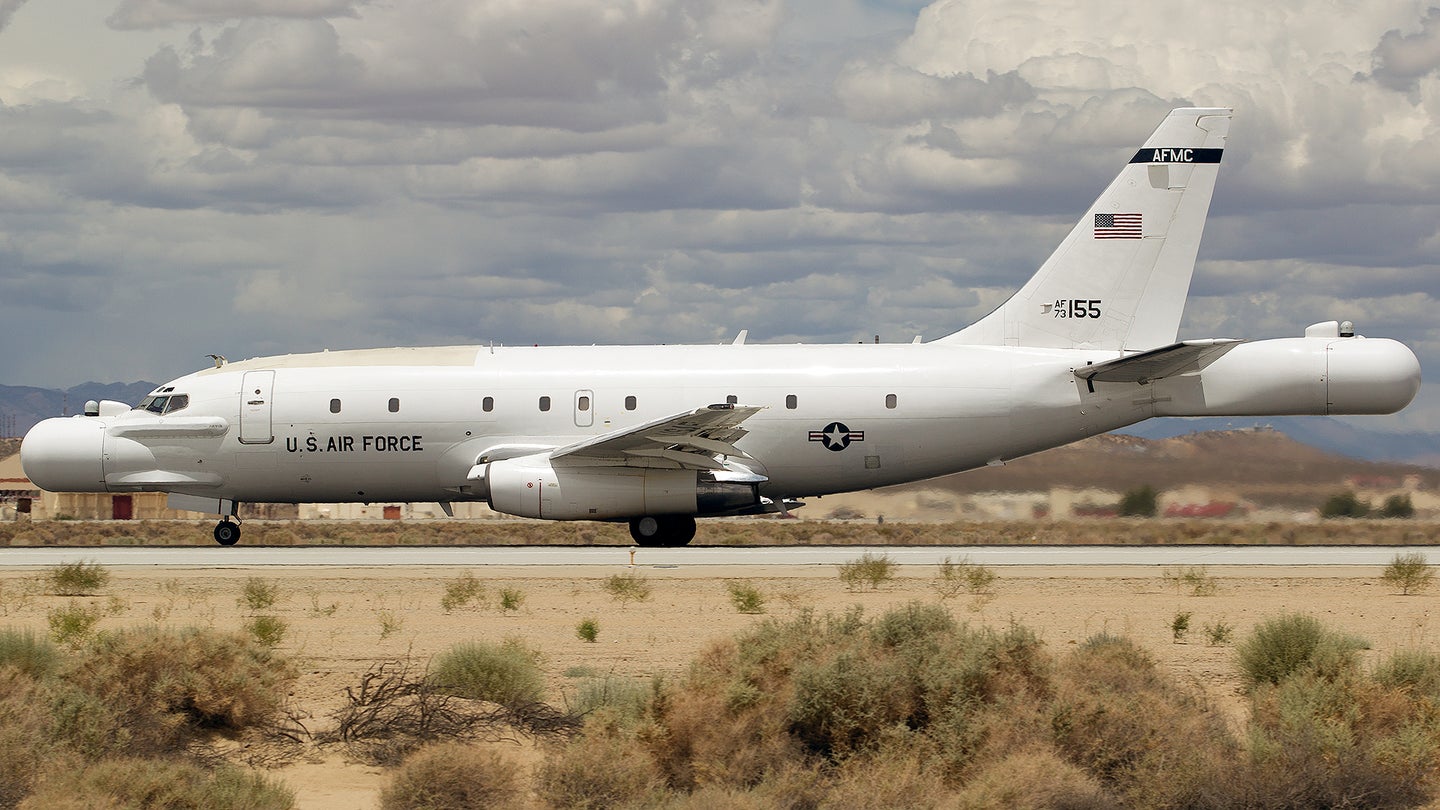 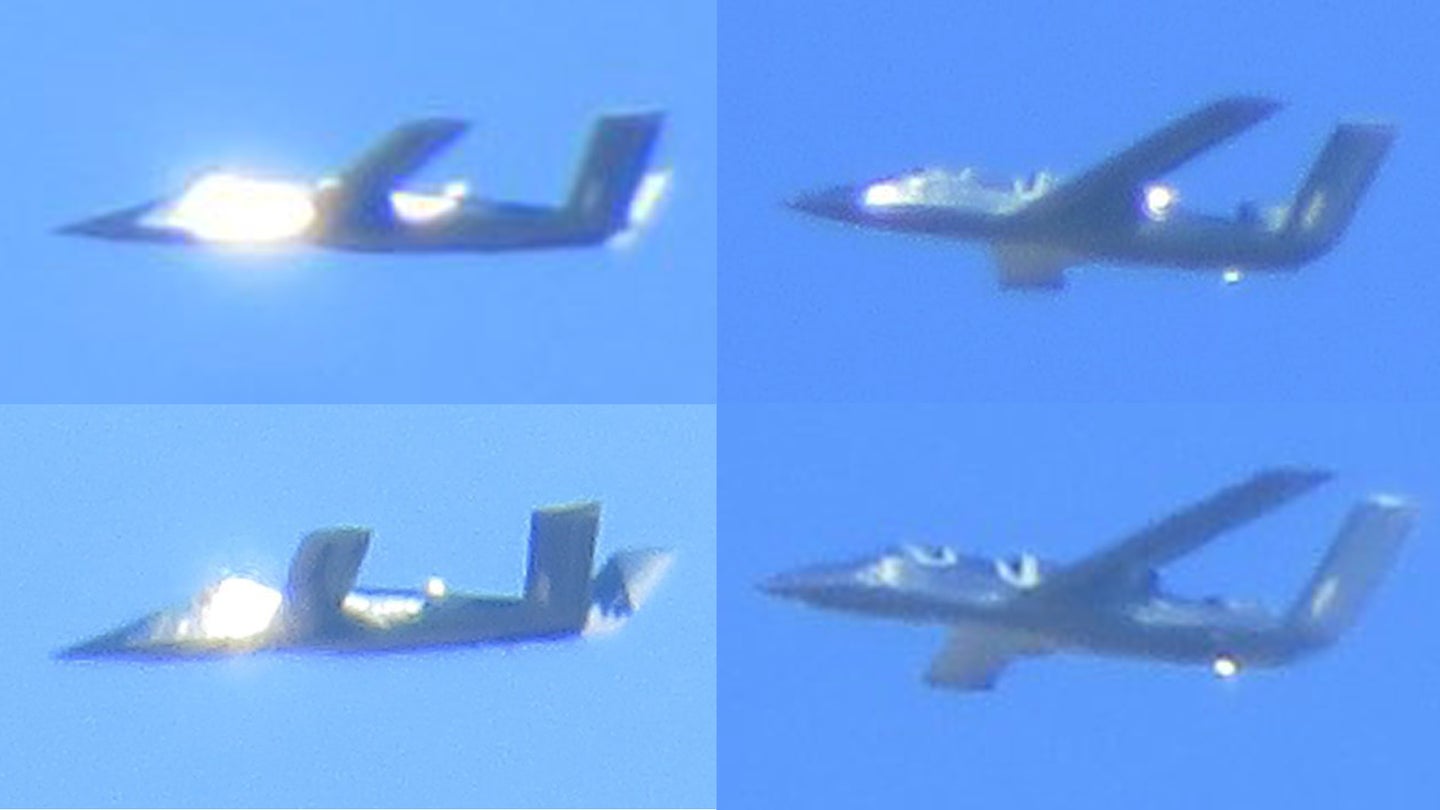