China Is Building A Massive Helicopter Base On The Tibetan Plateau

China’s developing a network of large heliports across the Tibetan Plateau and along its tense border with India that can be of major use in a crisis.

Over the last year, China has been regularly engaged in potential conflict zones on both its eastern and western borders. Territorial issues with India and Taiwan have reached new heights. This brought the Taiwan Strait and the Line of Actual Control along the Indian Border onto front pages around the world as Chinese and Indian soldiers entered into scuffles and People's Liberation Army aircraft began to flood into the Taiwanese air defense identification zone.

While most eyeballs focused on the saber-rattling in the east, we detailed China's sudden airpower expansion on its western border, focusing on new airbase development and upgrades to existing airfields. Further investigations have now revealed a similar construction spree aimed at heliport capacity in the region. Satellite imagery shows the development of several new heliports across the Tibetan Plateau. This vast elevated landform is the highest and largest plateau in the world. Surrounded by mountain ranges, including the Himalayas, it is almost five times the size of California.

This rapid development of infrastructure clearly underlines China’s advancements and trust in its platforms enabling better air connectivity throughout the plateau’s remote locales for quick troop movement and logistics, as well as emergency relief work. China first deployed its Z-20 utility helicopter to Tibet in 2020. The Z-20 will help overcome some of the complications to vertical lift operations caused by the air density at high altitudes and variations in airflow through the mountainous terrain. Other updated helicopter types now in China's inventory also feature improved high-altitude performance over their predecessors.

In Golmud, on the northern edge of the plateau, a behemoth heliport can be seen under construction south of its existing airport. A total of 63 individual hangars are visible along with the construction of barracks and support buildings. A review of past satellite imagery indicates the site began construction in early 2020 and has almost reached completion. Golmud is situated in an area that was historically part of Tibet, but that is currently situated in the Haixi Mongol and Tibetan Autonomous Prefecture of China's Qinghai Province.

Golmud has been seeing regular Peoples Liberation Army drills west and south of the city throughout the border crisis, along with the construction of large barracks and military training facilities. It also hosts a major railway junction connecting China's Tibet Autonomous Region to Xining and Korla, two large cities in neighboring Qinghai and Xinjiang provinces, respectively. These cities are also known to serve as bases for a variety of PLA military contingents.

The airport already serves as a key logistics hub, with commercial and military aircraft parking areas. Bomber, fighter, airborne early warning and transport aircraft regularly deploy to the airfield. A large contingent of helicopters also calls the facility home. These helicopter operations will certainly be relocated and greatly expanded once the new heliport is operational.

It appears a very large heliport here would greatly enhance China’s ability to improve training or execute troop movements and rapid logistical operations towards any section of the Sino-Indo border if the need arises. The combination of the airbase, railways, and heliport also converts Golmud into a logistics hub capable of supporting any military mobilization, large or small, with a variety of equipment.

Moving deeper into Tibet, we see a string of heliports almost equidistant from each other located in various remote townships. The smaller heliports, while still quite large, hosting around 18 hangars, also appear to have their own fuel storage and servicing points, allowing them to maintain connectivity and ensure sustainability for operations between large distances.  These smaller heliports, in conjunction with pre-existing airbases, and the large master heliport in Golmud, when mapped, also spell out a clear aerial logistics network being realized across the plateau which could benefit military, armed police, and emergency work.

We have also noticed renovations and expansion activity at older pre-existing heliports such as the one in Lhasa, which is located in one of the most populated urban areas of Tibet. The heliport has seen new hangars being constructed along with the deployment of UAVs indicating a multi-purpose role to the structure.

Near Doklam and Aksai Chin, not too far from areas where India and China have regularly clashed, new, smaller heliports continue to be developed. These heliports would also greatly enhance troop movement for the Chinese forces allowing for rapid response and support in case of any future clashes. During a major conflict, they would be essential forward operating and resupply points.

All said, the absolutely massive heliport taking shape in Golmud is indicative of a larger undertaking, one based around a major vertical lift network that is rapidly taking shape on the Tibetan Plateau. It stands to significantly enhance Beijing’s ability to quickly project power and sustain military operations throughout the tense region, even independent of runways.

The importance of rotary-wing operations in China’s contingency plans for fighting conflicts on its borders is becoming more clear with every passing day. Another huge heliport has been built on the edge of the Taiwan Strait, for instance. But even that one, which has made international headlines, could be considered quaint compared to what we are seeing come to life in Golmud. 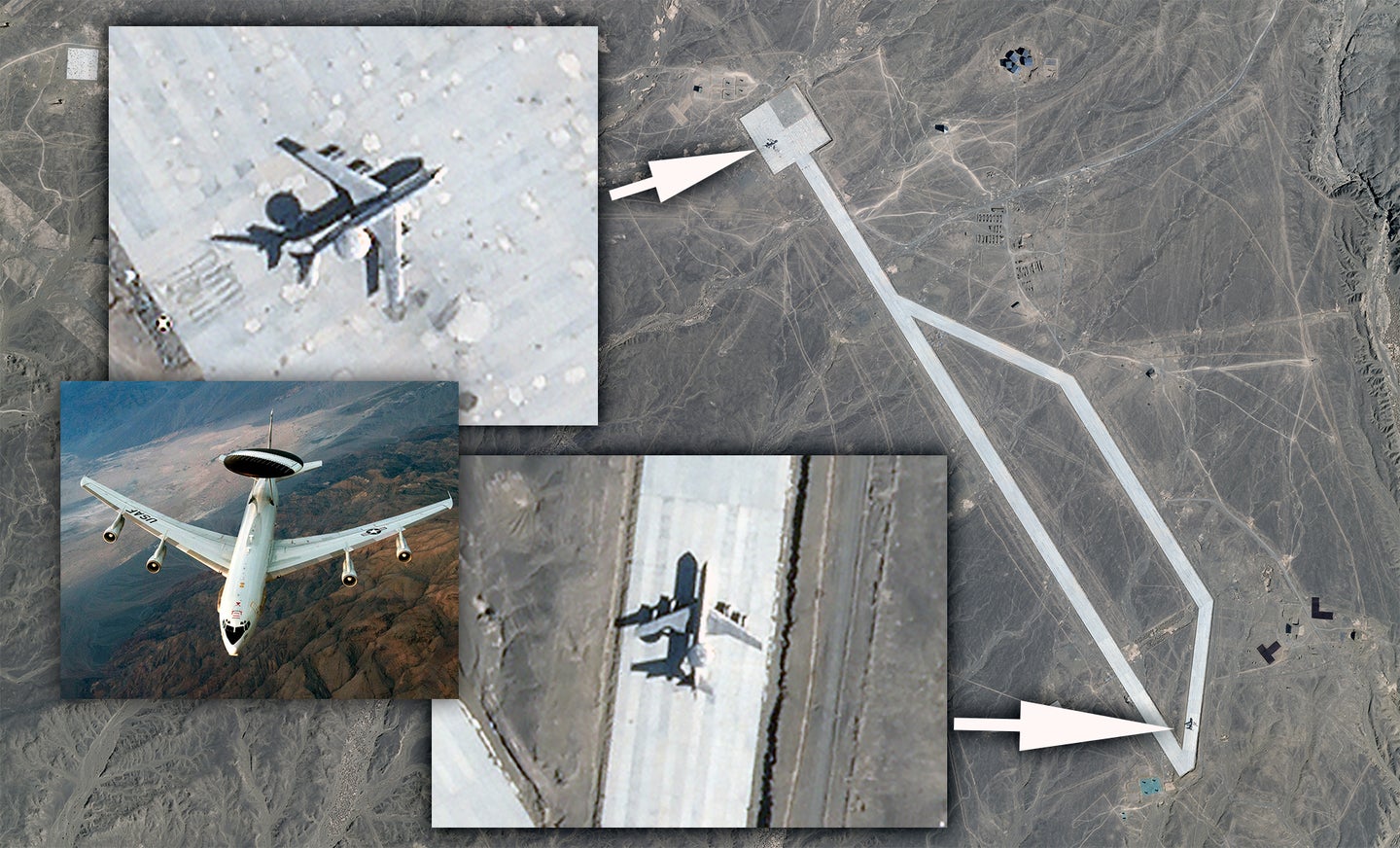 The U.S. Air Force’s E-3s would be at the top of China’s target list should a conflict erupt between it and the United States. 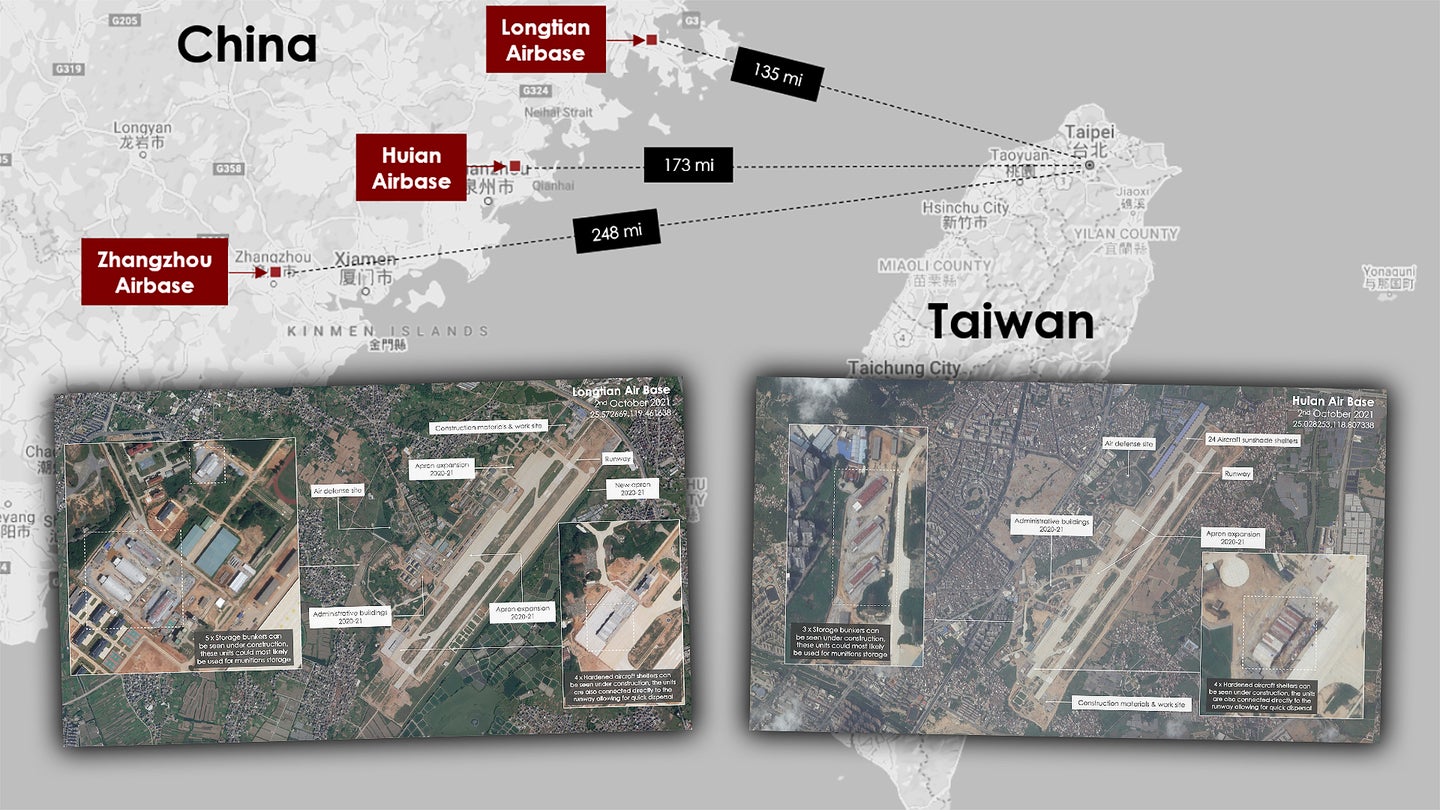 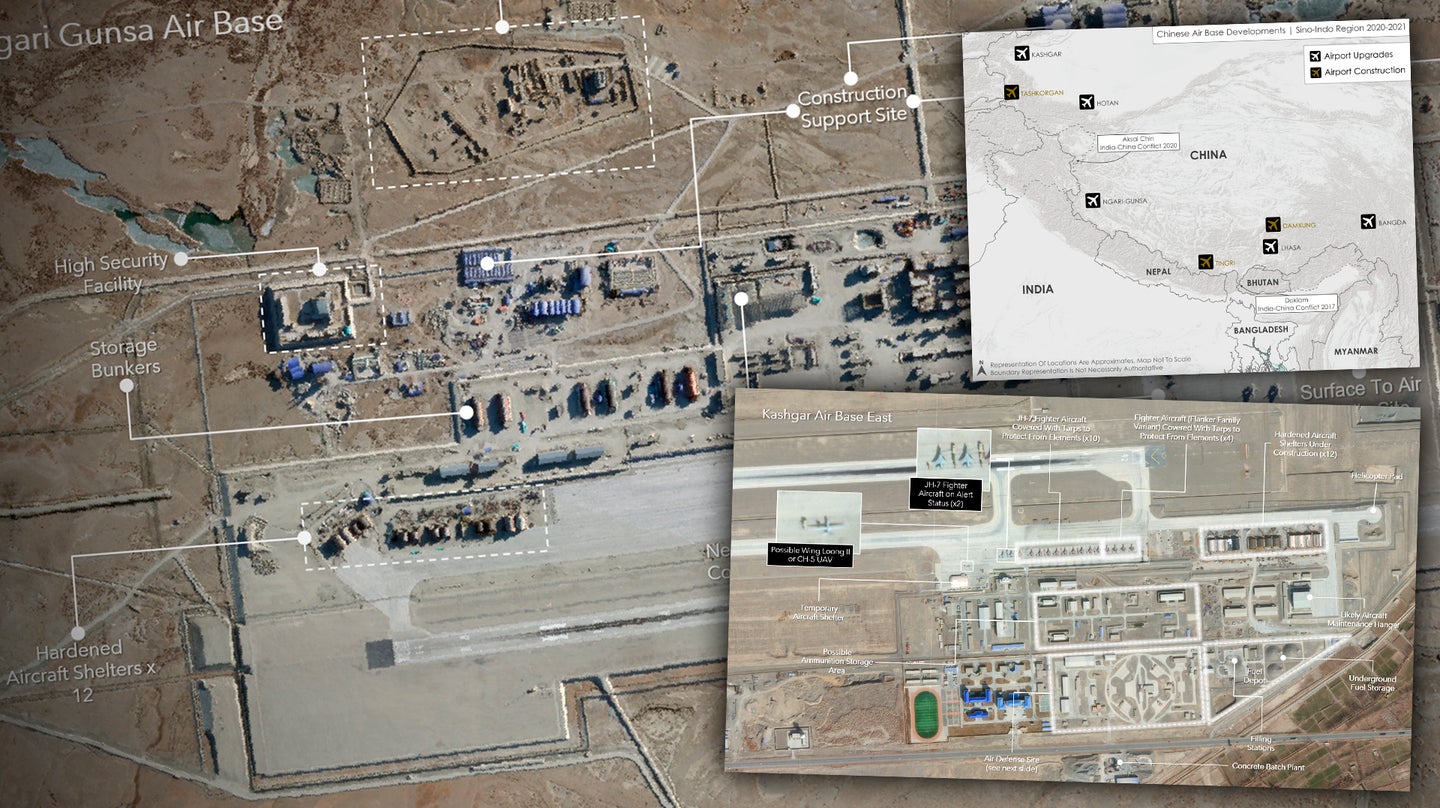