Russia has billed the Checkmate as a light fighter, but that isn’t really the case.

Some four months since it was officially unveiled, another glut of promotional material has been released relating to the Sukhoi Checkmate ahead of its official foreign debut at the Dubai Airshow next week. Also known as the Light Tactical Aircraft, or LTS in Russian, what we've seen now reveals a fighter that’s substantially bigger than we might have imagined, at least in comparison to the Su-57 Felon. Seeing the two planes alongside each other provides our best view so far of the enigmatic Checkmate fighter project and evidence that this is really more of a medium fighter than a true light combat jet.

The comparison between the single-engine Checkmate and the twin-engine Su-57 reveals a lot about the new project, especially in terms of the features that are similar. Most remarkable, perhaps, is the relationship in size between the Su-57 — always seen as a heavyweight potential successor to the Sukhoi Flanker family — and the Checkmate, that’s officially described as a Light Tactical Aircraft. Published data indicate that the Checkmate is approximately 57 feet long with a wingspan of 39 feet, compared to equivalent figures of 66 feet and 46 feet for the Felon.

Clearly, both Sukhoi designs are optimized for a 'balanced' degree of low visibility—you can read all about what that actually means here. Both aircraft incorporate blended-body configurations with a lift-generating fuselage, and wing leading-edge root extensions (LERXes), although those on the Su-57 are much larger, incorporating large moving flaps. The wing profile of the new fighter is also very similar to that of the Felon, at least when seen from outboard of the LERXes.

The engine of the Checkmate remains mysterious, however, and it’s unclear if a real powerplant is installed in the demonstrator, although the nozzle, at least, appears to be the real thing. The engine is rumored to be a version of the Izdeliye 30 that’s planned as the definitive powerplant for the Su-57, but which has yet to appear on in-service aircraft. On the other hand, the published thrust figures of 14,500-16,000 kilograms for the Checkmate engine would suggest a lower-rated unit than the Izdeliye 30, or at least a down-rated version of this powerplant. Maneuverability would still be a primary driver with the design, so 3D thrust vectoring would also be included at least as an option, and even possibly by default.

Data published by Russia’s TASS state-run news agency provides some additional details of the planned performance of the Checkmate, including a maximum speed of 2,200km/h (1,367mph) and a range of 2,800km (1,740 miles), which is a little reduced compared to previously announced figures. We also now know that this maximum range would be achieved through the use of external fuel tanks or what its actual combat radius would be in various configurations.

Described as being unique for its class, the weapons load of the Checkmate is stated as 7,400kg (16,314lb), which will include stores carried on five internal hardpoints (located within three weapons bays) as well as six more pylons located externally.

Overall, it's easy to see that the Checkmate is very much a medium fighter, not some light fighter design. With significant internal fuel volume, its ability to fly longer combat missions over greater distances while remaining in its stealthiest state could be a major selling point.

The cockpits and radomes of the respective fighters also show broad similarities, suggesting that there may be a substantial degree of community in terms of the cockpit avionics and the radar. This is something we predicted when the fighter first emerged. This makes sense in terms of reducing development costs and the burden on the extensive flight-test program once the Checkmate gets into the air. It would also lower costs for both platforms. This tallies with the TASS report, which notes that “to reduce the cost of a copy and simplify maintenance, the cockpit, and on-board systems and some of the Checkmate elements are unified” with those of the Su-57.

Another interesting aspect of the TASS report is the declaration that Sukhoi designed the Checkmate, in part, on the basis of combat experience gathered in Syria. The Russian campaign in that country has involved all its main combat aircraft types, including a brief evaluation by the Su-57. Drawing upon the Syrian experience, the designers “thought about creating a light single-engine aircraft in 2016  […] Analysis of the results of the use of strike aircraft systems in Syria showed that for most tasks, the capabilities of heavy twin-engine aircraft systems are excessive,” Mikhail Strelets, chief designer of the Checkmate told TASS.

Official video of the brief Su-57 combat evaluation in Syria:

With the Checkmate set to make its first international appearance at the Dubai Airshow that begins on Sunday, other officials have been talking up the export prospects of the jet as well as providing some hints of how they hope the program will develop in the future.

The United Aircraft Corporation, which is responsible for the Sukhoi design bureau, has been talking up the possibility of pilot-optional and unmanned Checkmate variants as it works toward getting a prototype into the air. According to Yuri Slyusar, General Director of UAC:

The aircraft was originally created as a platform for a whole family of aviation complexes. We are planning to create an optionally manned and unmanned aircraft modification.

Unmanned modification is not just a tribute to fashion. Already at an early stage of the project, we lay in it ample opportunities for use in network-centric military operations. The aircraft will be able to exchange information and direct other aviation complexes and unmanned aerial vehicles to targets. The use of unmanned versions of the machine will allow, among other things, to implement new tactical techniques

On the back of that suggestion from Slyusar, TASS has provided this rendering of an unmanned version of the Checkmate:

There has also been talk of other potential versions, including a two-seater, which would seem to mirror the recent appearance of a twin-place variant of China’s J-20 stealth fighter — although in that case, a real flying prototype has materialized.

All these aspirations, however, will come to nothing without one or more customers for the Checkmate. So far, the response from the Russian Ministry of Defense seems to have been lukewarm, and its interest in lightweight, or even medium-weight fighters, has been limited in recent years.

With that in mind, customers for the new fighter will likely have to be found further afield. Sergey Chemezov, General Director of Rostec State Corporation, told TASS: “Machines of this class are really in high demand on the world military equipment market. The unique combination of flight characteristics, combat effectiveness at an affordable price should make the Russian single-engine fighter popular on the international arms market.”

The plan to offer the Checkmate at a unit cost of $30 million had been announced before, in comparison to around $90 million for the F-35 Joint Strike Fighter. This is also roughly half the cost (or more, depending on where you look) for a new F-16. More remarkably, TASS also states that the Checkmate will come in even cheaper than the JF-17 Thunder ($55.33 million), very much a “no-frills” fighter, at least in comparison to the Sukhoi product. Cost, however, will “vary depending on the configuration” and this is clearly the starting point for an austere version. Even then, it is downright puzzling how Sukhoi could deliver this jet at anywhere near that cost.

Potential customers are being sought in the Middle East, the Asia Pacific, and Latin America, which is in keeping with the nations highlighted in this early promotional video for the Checkmate before the demonstrator was revealed:

It’s important to note that the actual status of the Checkmate display article that we’ve seen to date remains obscure. There have been suggestions that it’s a full-scale mockup, designed to provide an idea of how the real plane will look. Others have posited that the degree of realism suggests it is at least some kind of demonstrator, perhaps capable of being taxied, provided it’s fitted with an engine. More recently,it’s been intimated it will be transformed in the future into a true flying prototype.

It might be hoped that observers in Dubai will be able to get a closer look at the aircraft and be able to figure out whether it has a powerplant installed as well as other critical systems that would be required for flight testing. It's possible officials at the show will also provide more details as to its actual disposition.

In the meantime, however, the hardware that has emerged in support of the Checkmate program, impressive as it looks, remains very firmly on the ground.

Now, as if the marketing behind the Checkmate couldn't have gotten any weirder, there is now a Checkmate fragrance!

Some new product card details here, not much we don't already know. A few interesting tidbits:

New developments on Checkmate out of Dubai can be read about in our new post linked here. 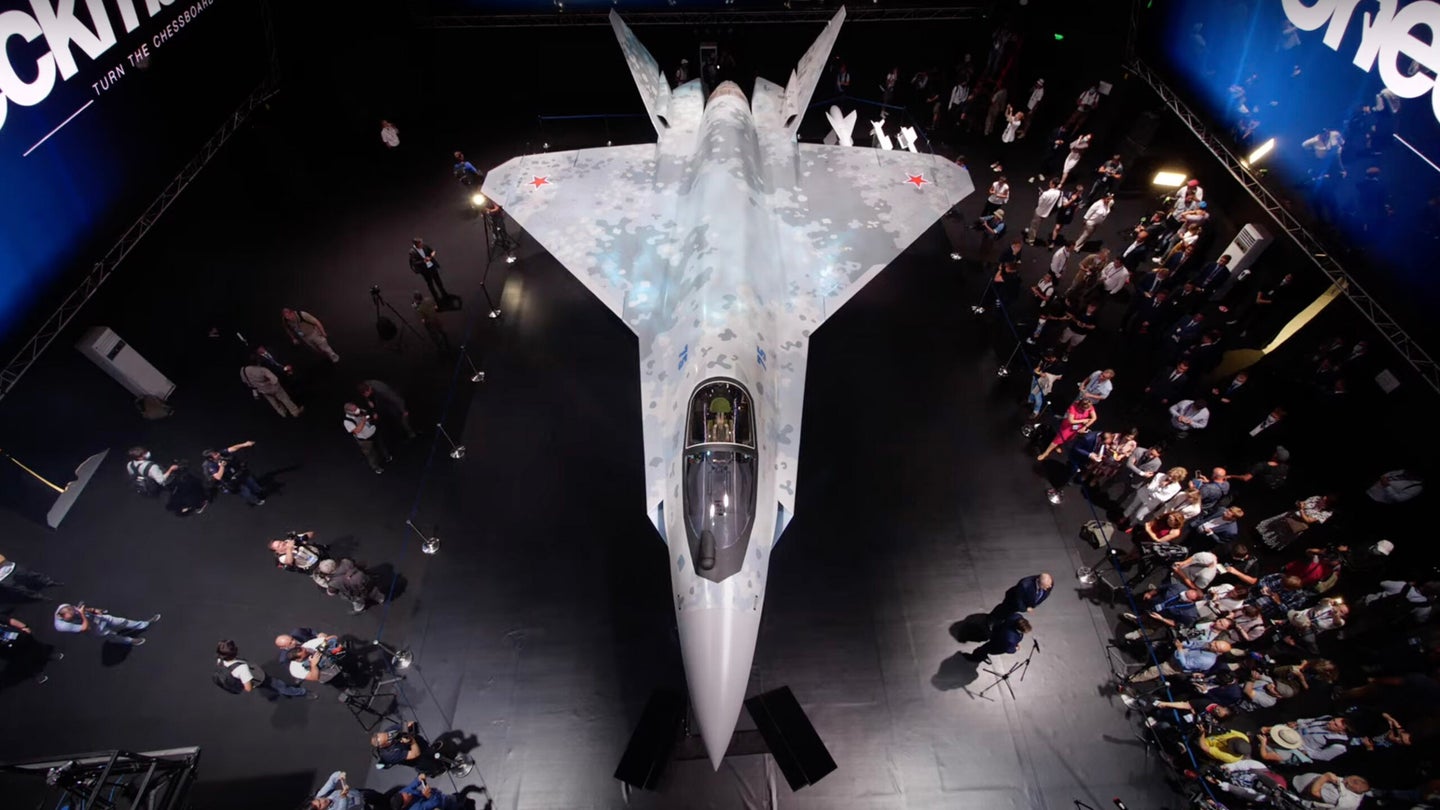 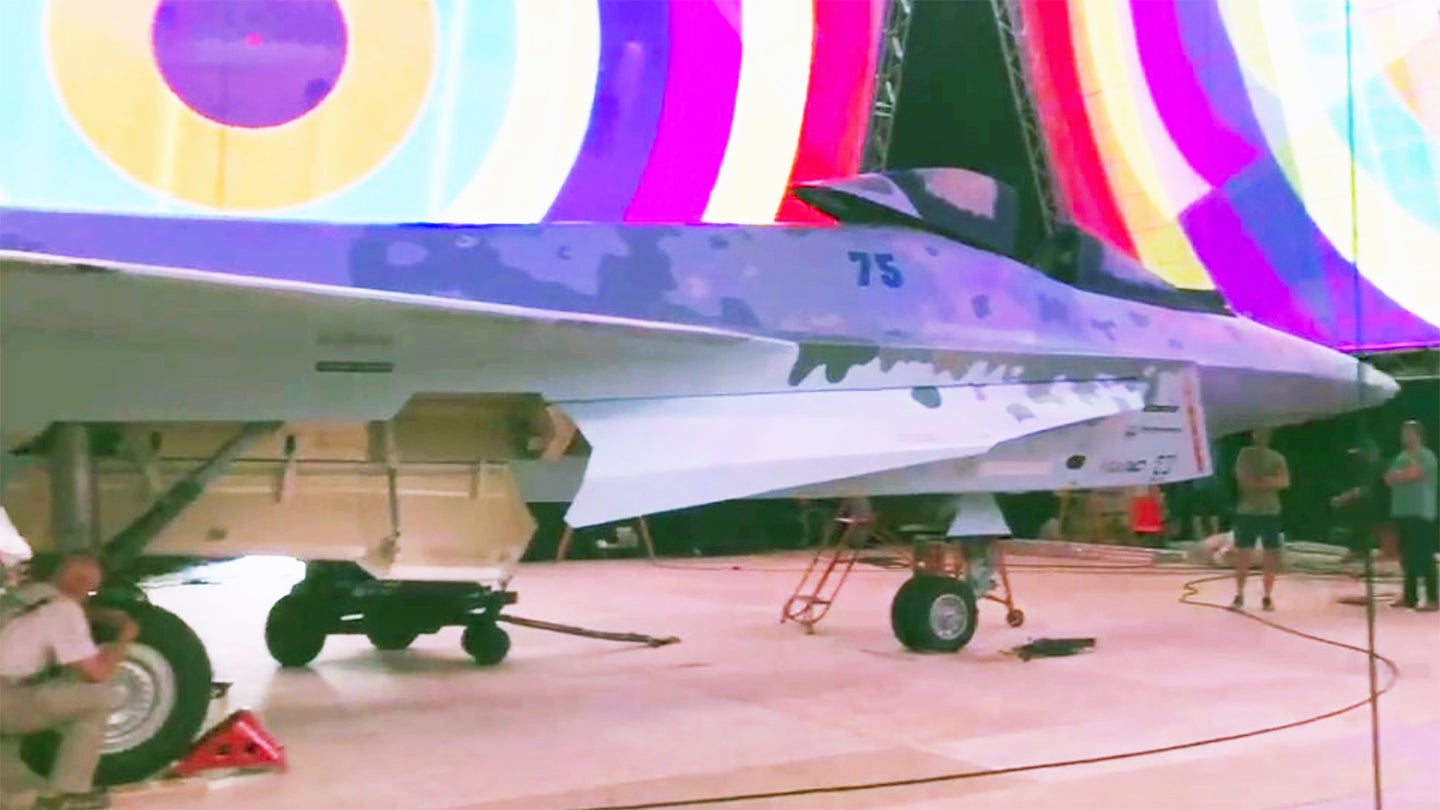 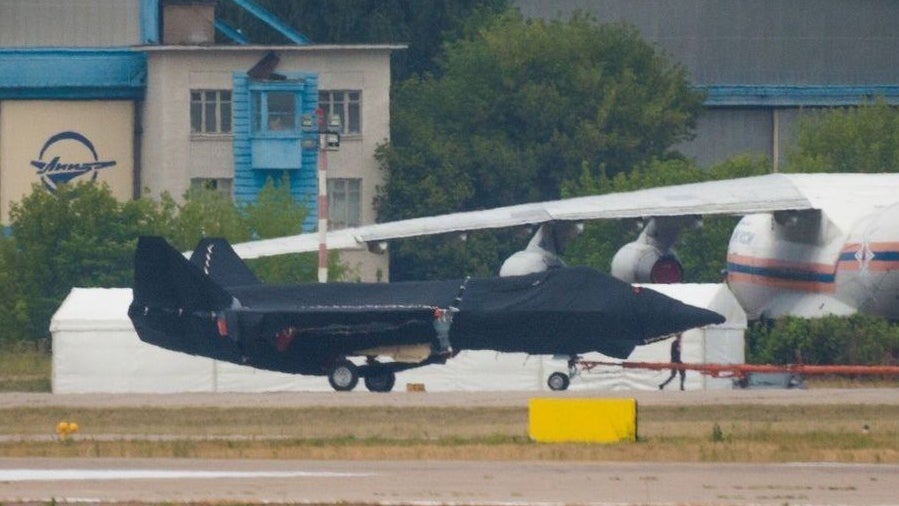