56th Artillery Command’s return to Germany after 30 years reflects how critical ground-launched missiles would be in any future conflict with Russia.

The U.S. Army has officially reactivated the 56th Artillery Command in Germany. This unit was previously active in that country between 1963 and 1991, during which time it commanded battalions armed with Pershing and Pershing II nuclear-armed ballistic missiles. In its new guise, it will serve as a hub for artillery operations across Europe, including deployments of new ground-based hypersonic weapons and other longer-range missiles in the coming years. This reflects just how important the Army feels these new capabilities, and artillery in general, would be in any future major conflict in the region, especially against Russia.

The Army officially stood up the 56th Artillery Command in Mainz-Kastel, Germany, today, but news that the unit would return to active duty had emerged in August. The command is assigned to U.S. Army Europe and Africa, which oversees all conventional Army operations on both of those continents.

The 56th is co-located in Mainz-Kastel with the Army's second so-called Multi-Domain Task Force (MDTF). The service's MDTFs, the first of which was established at Joint Base Lewis-McChord in Washington State, are still-evolving units that are being used as testbeds to explore the introduction of new weapons and other capabilities. They are expected to have an operational role, especially in any future high-end conflict against a major opponent such as Russia or China.

"The reactivation of the 56th Artillery Command will provide U.S. Army Europe and Africa with significant capabilities in multi-domain operations," Army Maj. Gen. Stephen Maranian, the head of the newly revived unit, said in a statement on Nov. 3. "It will further enable the synchronization of joint and multinational fires and effects, and employment of future long-range surface to surface fires across the U.S. Army Europe and Africa area of responsibility."

Maranian's mention of "future long-range surface to surface fires" is clearly a reference, at least in part, to two new missile systems the Army hopes to begin fielding in the next few years — Dark Eagle and Typhon.

Dark Eagle is the still relatively new name for the Army's Long Range Hypersonic Weapon (LRHW), which it is developing as part of a joint program with the U.S. Navy. The service is already in the process of standing up the first battery that will be equipped with these missiles, each of which carries an unpowered hypersonic boost-glide vehicle, as part of the MDTF at Joint Base Lewis-McChord.

Typhon, which the Army has also referred to as its future Mid-Range Capability (MRC), is a multi-purpose system that includes launchers and fire control systems that will be able to employ various types of missiles. At present, the service plans to use Typhon to fire land-based derivatives of the Navy's SM-6 missile, which has air- and missile-defense capabilities as well as the ability to strike surface targets, along with ground-launched versions of the Tomahawk land-attack cruise missile. The Army is expected to use its version of the SM-6 as a surface-to-surface ballistic missile.

The Army is in the process of acquiring a new conventionally armed ballistic missile, the Precision Strike Missile (PrSM), which could eventually have a range of over 310 miles. There has been talk in recent years about the service fielding other new longer-range ballistic missiles, as well.

There is historical significance to reactivating the 56th Artillery Command, specifically, to oversee the future employment of these weapons in Europe. Dark Eagle, Typhon, and a future extended-range PrSM, would all have previously been banned under the now-defunct Intermediate-Range Nuclear Forces (INF) Treaty, which collapsed in 2019.

The United States and the Soviet Union signed this agreement in 1987. The INF entered into force the following year, and both sides implemented the provisions even as the Soviet Union collapsed and a new Russia emerged in 1991. The treaty was directly responsible for the removal of the Pershing II missile from Army service, which was then a key factor in the decision to stand down the 56th just over three decades ago. U.S. Air Force units armed with the BGM-109G Gryphon, an earlier ground-launched Tomahawk variant, were also eliminated as a result of the INF.

Though the U.S. and Russian governments continue to talk about possible follow-ons to the INF, as well as other future arms control arrangements, the return of the 56th makes clear that the Army is preparing to deploy units armed with weapons like Dark Eagle and Typhon to Europe on some level in the coming years. Those deployments may ultimately be rotational or otherwise non-permanent due to the willingness, or lack thereof, of even America's NATO allies to host these weapons.

At the same time, while the Army's revival of the 56th is clearly linked to its future missile capabilities, the unit will also have a broader and perhaps more important role simply as a hub for managing all its artillery units across Europe. This includes those that will be equipped with new longer-range howitzers and rocket artillery. In recent years, the service has already been steadily standing up new units in the region to go along with these new capabilities, as it has broadly refocused its attention, on preparing for a potential conflict with Russia.

Army leaders have warned for years now that the Russian Army has clear advantages in artillery capabilities, as well as in raw numbers of self-propelled howitzers and rocket launchers. Any future conflict in Europe would almost certainly see the relatively rapid deployment of additional artillery units to the region, which would then need higher-level commands to manage their operations. This is one of the 56th's core jobs, along with acting as a focal point for coordinating Army artillery elements with units from other services, as well as NATO allies and other partners, who would likely be fighting alongside American troops in any potential high-end fight in the region.

The MDTF at Mainz-Kastel is a key element in all of this, as well. This unit would likely be in direct charge of actually employing new weapons and other systems, such as Dark Eagle and Typhon, as well as advanced networking capabilities that will improve the effectiveness and flexibility of artillery and other Army units in general. In a prime example of the kinds of experimentation these task forces are engaged in, the European MDTF brought high-altitude balloons carrying sensors and communication nodes to an exercise in Norway this past September. The Army's 41st Field Artillery Brigade, a rocket artillery unit that was stood up in Germany in 2018, participated in that drill and used the balloons to help find and engage targets at extended ranges.

“If you look at echelons above brigade, what we’re having to do is build out our capacity to fight large-scale, campaign-quality combat,” now-retired Army Lt. Gen. Eric Wesley, who was then serving as the deputy commander of Army Futures Command and head of its Futures and Concepts Center, told reporters last year. “Those echelons we have mortgaged a bit in the last 20 or 30 years because our BCTs [Brigade Combat Teams] were so powerful relative to our opponent."

The return of the 56th Artillery Command to Germany after more than 30 years underscores just how vital the Army sees artillery, including new weapons, such as Dark Eagle and Typhon, being in a future major conflict in the region, potentially one involving Russia. 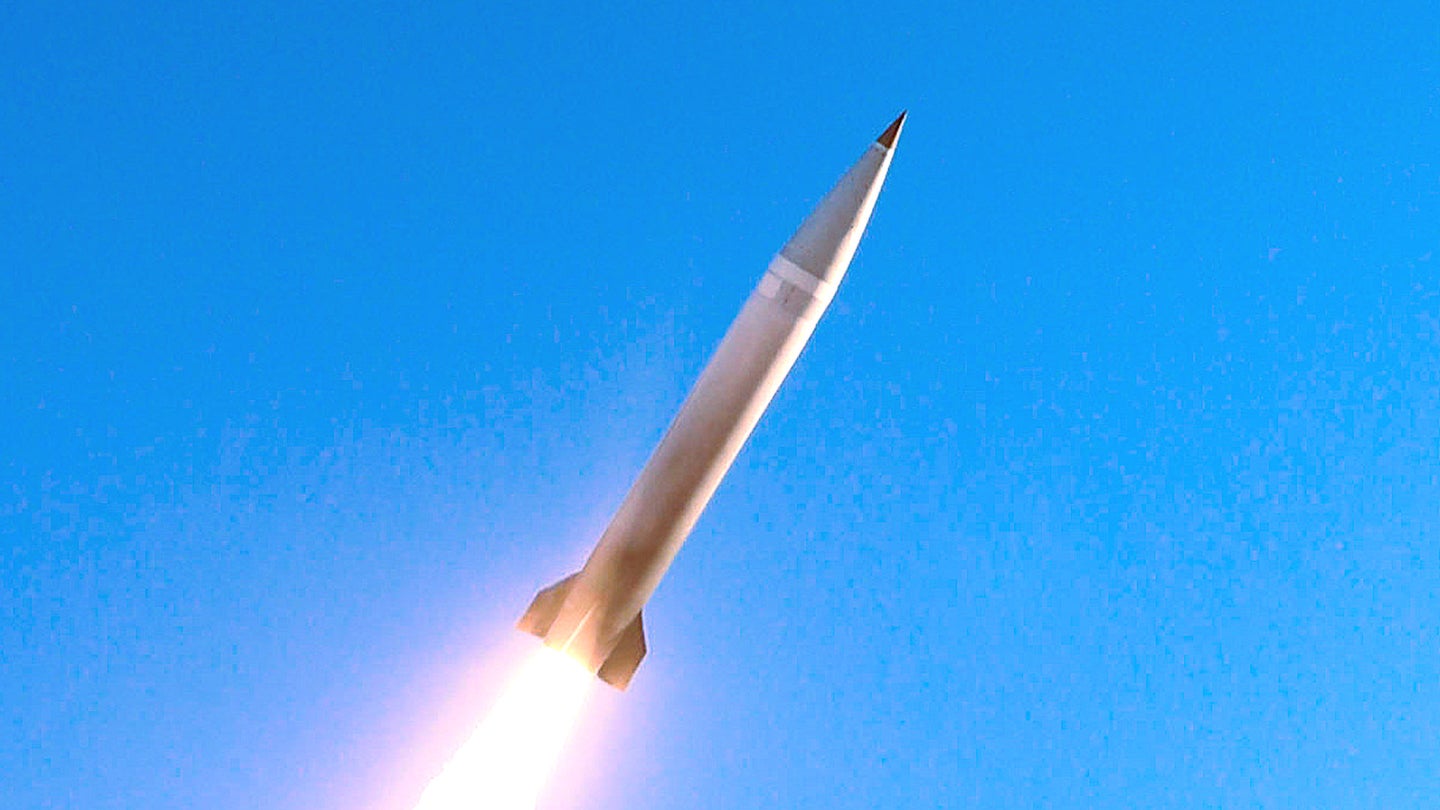 The Precision Strike Missile was expected to fly at least 499 kilometers in the test, just shy of a range limit in a former treaty with Russia. 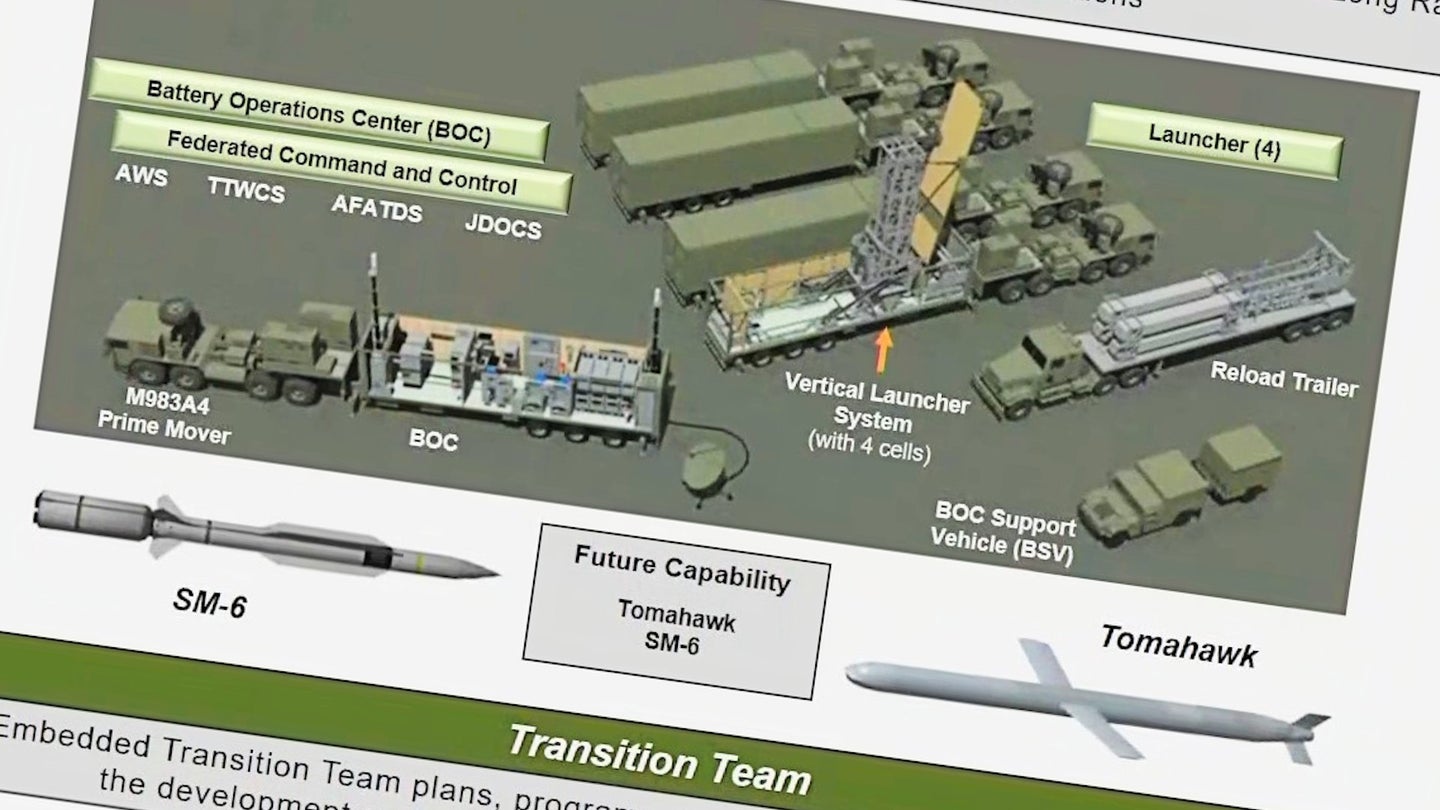 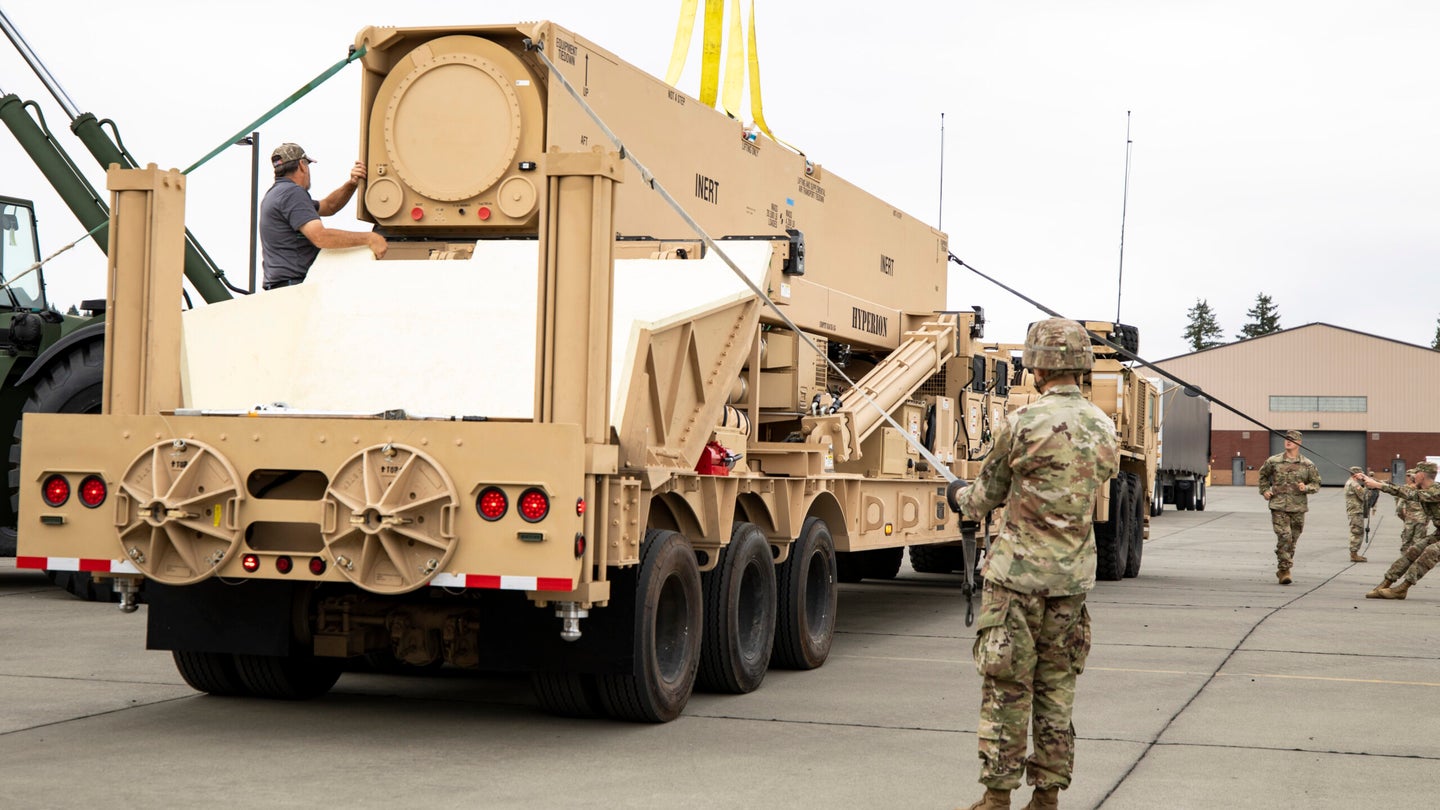