The Ever Given took one heck of a beating getting un-stuck from the Suez Canal and is finally getting fixed in China. 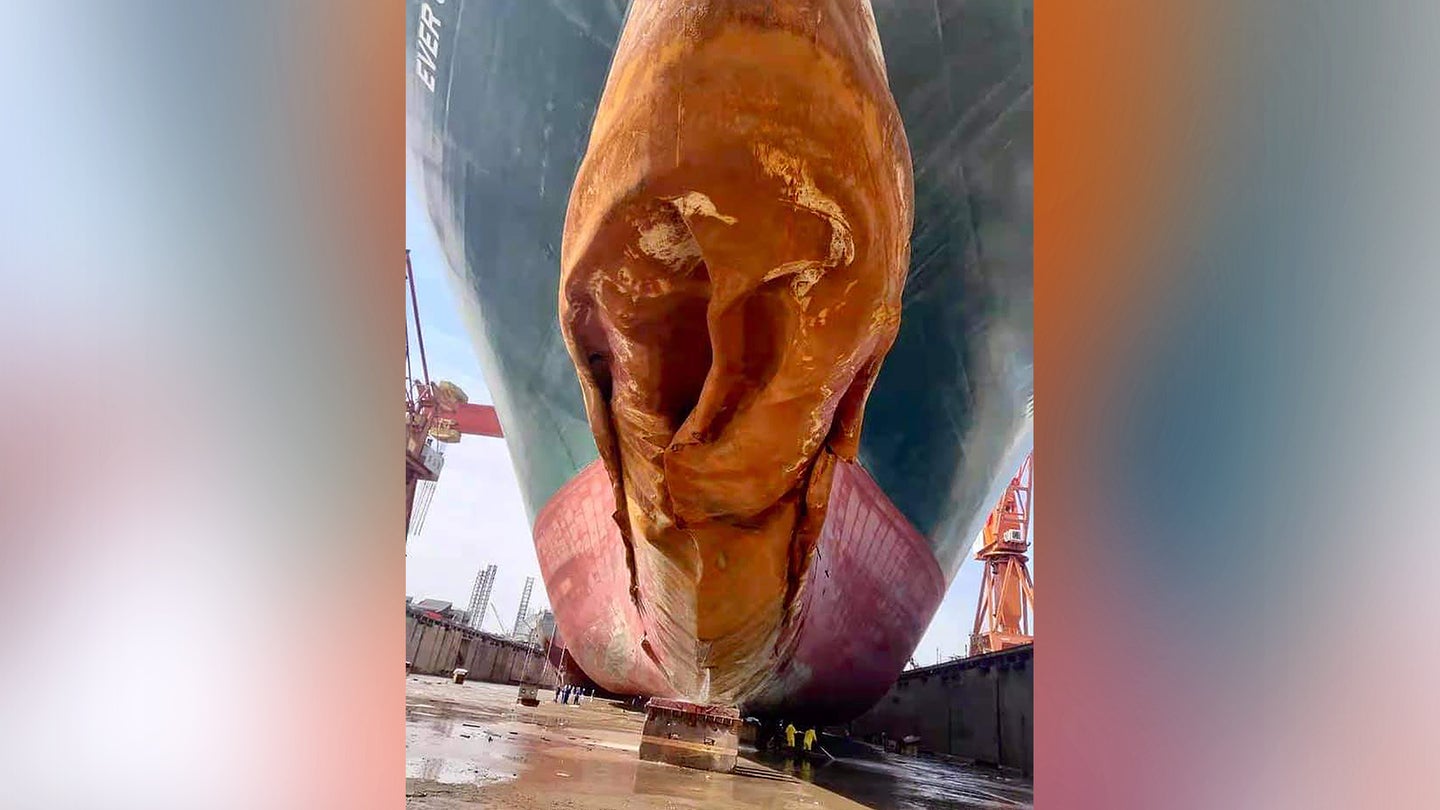 The world was gripped for six days in March by the story of the Ever Given, one of the world's biggest container ships, that had gotten stuck sideways in the Suez canal. One of the most important shipping arteries on earth was plugged tight by the 1,312-foot long behemoth as ships stacked up waiting for passage. It was a logistical nightmare playing out in slow motion and a financial one for Egypt and those associated with the operations of the Ever Given. Finally, on March 29, 2021, after frantically trying to break free for days, she budged, and soon the canal was open once again. The global event that brought much attention to how fragile the global supply chain can become, was over.

After waiting in limbo for months, and protracted negotiations between Egyptian officials and Ever Given's owners and operators, she was set free and left Egyptian territory. The damaged ship was then offloaded, and she eventually headed to China for some much-needed repairs.

Professor at Campbell University and military historian Sal Mercogliano gave The War Zone the rundown on the Ever Given's slow route to China:

"She offloaded at Rotterdam and Felixstowe, and then sailed to China. She bunkered off Malta and had to slow steam due to restrictions on her by the ABS [American Bureau of Shipping]. She has been waiting for the bow to be completed before arriving in Qingdao."

As Mercogliano notes, the reason she had to wait to be repaired all these months was that she needed an entirely new lower bow. There was no use in putting the ship into dry dock without that prefabricated module being ready for installation.

Now out of the water, we finally get to see the damage that was done to the ship, which displaces a whopping 266,000 tons fully loaded (equal to two and a half Nimitz class supercarriers), that occurred as a result of getting her unstuck.

The damage done to her bow is remarkable considering how massive this vessel is. The amount of force it took to do this to her is incredible to ponder. The bottom of her bulbous bow looks like a dropped pumpkin.

Hopefully, once the repairs are done, the Ever Given will be able to finally move on from the harrowing incident that made her so famous.