While it doesn't give away sensitive details, the ad points to Northrop Grumman's ambition to build the next-generation air dominance tactical jet. 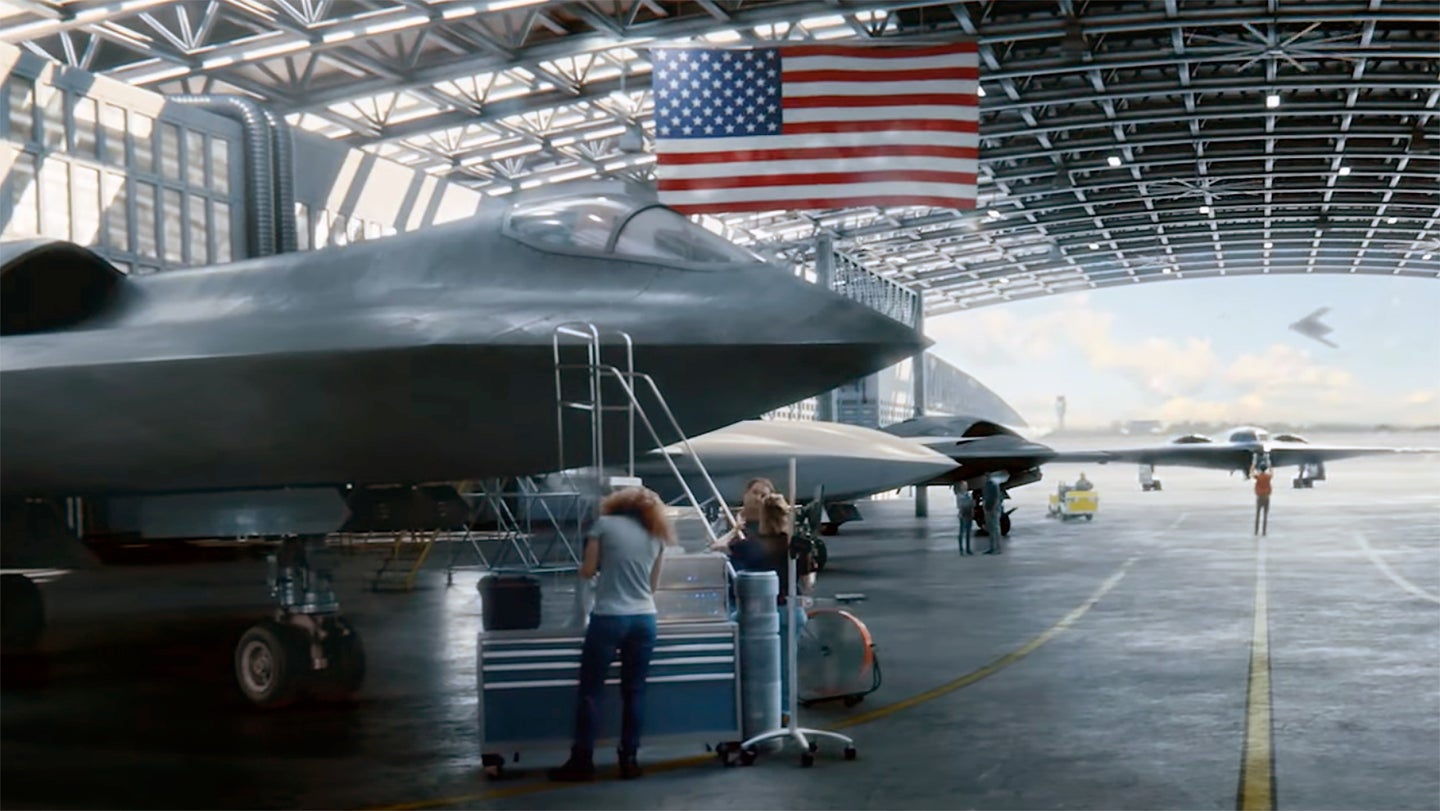 When it comes to glitzy ads, nobody is a bigger tease than Northrop Grumman. Who can blame them? With so much intellectual property and hardware hiding in the shadows, there is no better way to garner interest than to play all that up. I mean, who can forget the company's Superbowl ad prior to winning the Long Range Strike Bomber (LRS-B) contract that would morph into the B-21 Raider? Now a new ad gives us a hangar full of types to examine, and then some. Of course, this is all in good fun. The company is not going to out their most sensitive designs for marketing's sake. Still, it is fun to see what they put forward for our enjoyment and as a bit of a 'hint-hint.'

The new ad, which plays on their past 'hangar' settings, is set around an elevator opening into a bustling hangar with its bay door open. The space is filled with Northrop Grumman aircraft — from the present and the not-so-distant future. It definitely offers a lot to look at in a very short time. In fact, it looks a bit like a scene from a Michael Bay movie. Check it out below:

So, what do we have to look at here? the hangar seems to be divided into the future and now. You can also look at it possibly as Navy on the right and Air Force on the left, although this doesn't hold up perfectly. Let's break it down from the left front to right front:

So there you have it! Northrop Grumman having a bit of fun showing off some of their future works in progress, even in just a notional manner, as well as what they have got going on now.

There are plenty of other initiatives not indicated here, but regardless, it provides some expected eye candy for yet another quintessential Northrop Grumman ad.

They always leave us wanting more, don't they?

Northrop Grumman has posted a high-definition extended version of the ad. Check it out: