A year after the apparent first sighting of what is very likely to be the Air Force’s so-called ‘RQ-180’ very stealthy flying-wing surveillance aircraft above the Mojave Desert, what looks like the very same aircraft has now been photographed over Area 51, the clandestine flight test center deep within the Nevada Test and Training Range. While we still don’t know for absolute certain the details surrounding this craft, or even its official designation, the latest appearance follows a previous sighting over the Philippines in September that The War Zone was first to report and suggests perhaps that the secret drone is now edging toward a more operational, and possibly even less clandestine, status.

The latest photo of the purported RQ-180, which has all the hallmarks of a high-altitude, long-endurance type with obvious stealthy characteristics, was posted on October 31 by our friends over at the Dreamlandresort.com website, maintained by Joerg Arnu. He was on the scene and described how the sighting unfolded:

“A friend who wishes to remain anonymous and I were at the Groom Lake Road gate yesterday. I heard a faint aircraft noise and noticed a contrail straight above us, inside the Area 51 restricted airspace, heading roughly SSW. Through my IS [image stabalized] binoculars, I first thought I was looking at a B-2 until I realized it had a POINTED tail. The B-2 has a serrated tail. My friend took the enclosed photo (two enhanced versions superimposed). It is clearly a twin-engine aircraft.”

Arnu added that the photo was taken with a Canon 20Mpix camera with a 1,600-mm equivalent focal length, and he subsequently estimated that the drone was flying at around 70,000 ft. Of course, that is speculative, as we have little idea about the true dimensions of the craft. It is rumored to have a wingspan of around 120 feet, but that remains totally unverified. The aircraft was leaving two telltale contrails behind it, indicative of a closely-set twin-engine arrangement, exactly as we have seen it before. The shape is also a perfect match, with slender wings and a diamond-like center fuselage area, very much like those of Northrop’s original high-flying Advanced Technology Bomber design and the upcoming B-21 Raider. You can read more about how this configuration is something of a ‘back-to-the-future’ moment for the USAF and Northrop Grumman in this past feature of ours.

Joerg thinks the direction of the aircraft was headed suggests it may be operating out of Edwards Air Force Base in California, where we believe that at least some of the RQ-180 operations have migrated, and it may have been making use of some of the capabilities at the clandestine flight test facility located at Area 51, also known as Groom Lake. The secretive base’s DYCOMS facility has the ability to measure the radar signatures of stealthy aircraft in flight for testing and verification purposes. This facility would be a regular waypoint for the RQ-180, including possibly before and after heading out on long-endurance missions.

While Arnu and his associate were watching the RQ-180, a truck hauling an apparent Soviet-era Spoon Rest air-defense early-warning radar emerged from one of the Groom gates and apparently waited at a distance for the pair to leave. While it is unlikely that the radar’s movement was in any way related, it’s interesting, at least, that this activity was taking place at the same time, especially on a Saturday, when the ranges are traditionally quieter. All types of foreign threat sensors and air defense systems are used for development and training purposes out at the NTTR.

Whether coincidental or not, it was in October last year that we got our first look at what seems to be the RQ-180. On that occasion, the drone was sighted north of Edwards Air Force Base.

More recently, in September this year, what appeared to be the so-called RQ-180, or another aircraft with nearly exactly the same planform, was sighted over the Philippines, suggesting that the drone is now in very limited operational service, or at least very advanced real-world testing, while its development continues.

In all three cases, the drone was flying during the daytime, which may seem odd for an asset that is still so secretive. Then again, we are talking about an aircraft that can fly for dozens of hours, so it won’t really have a choice with regard to flying during the day or not, but mission planning can help alleviate some risk in that regard. As such, daytime movements are likely fundamental to its planned persistent operations and, as we have suggested in the past, the unusual light color scheme could even have been applied specifically to optimize the aircraft’s visual signature for high-altitude operations in daylight hours.

In addition, in the Phillippines case, it was seen crossing the coast heading east out into the open Pacific at sunrise. In this recent case, it was over highly surveilled and controlled airspace that has incredibly sparse population density below. The area north of Edwards AFB is also thinly populated and a major aerospace testing area for that reason.

Putting the growing photographic evidence together from multiple sources leaves little question that we really are dealing with a classified, high-flying drone, the existence of which we have long discussed, but now there can no longer be any doubt that this specific configuration is indeed a reality.

Now is this the ‘RQ-180’? We really don't know for sure, but it fits perfectly with the rumored configuration of that aircraft and publicly available design studies that would have informed its design. It’s also possible that the U.S. Air Force has multiple high-altitude, long-endurance, very low-observable platforms under development. As we have discussed in-depth, there are plenty of things a notional RQ-180 could do beyond surveillance, yet using a common platform for multiple mission sets would be far more logical.

The places where it has been photographed also make all too much sense — near Edwards AFB, over Area 51, and in what is very likely to be one of its primary operating environments, right between the Phillippine and South China Seas. We also have those very peculiar high-altitude corridors leading from the Air Force’s primary testing areas in Nevada and California and heading out to the greater Pacific.

Still, even with this mysterious aircraft popping up in the most logical of places and photos of it having been in circulation for over a year, when exactly the Air Force will confirm its existence is a total unknown. It could be tomorrow or years from now. But considering how important this aircraft is likely to be to the service’s future air-combat architecture, we will probably be hearing about it sooner rather than later. 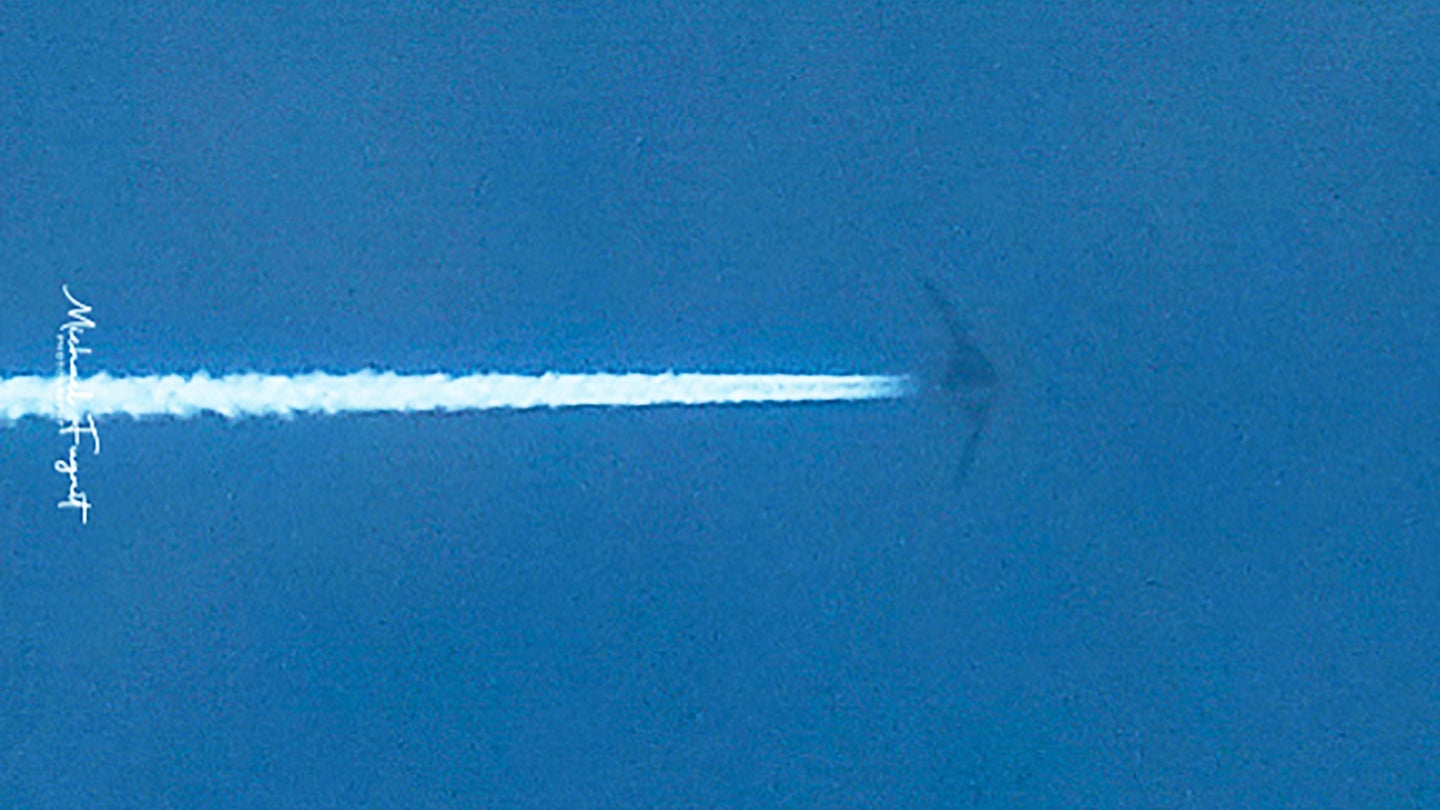 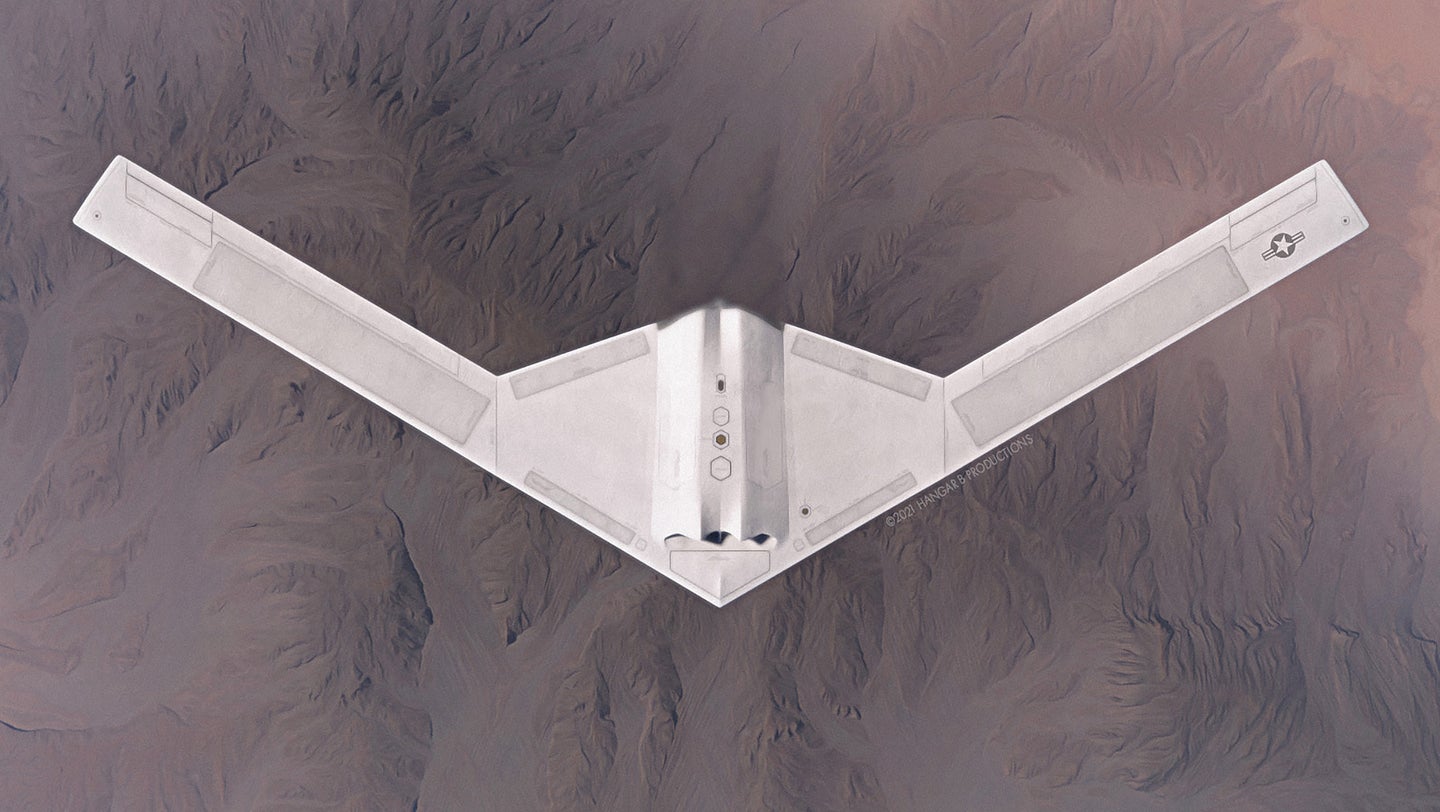 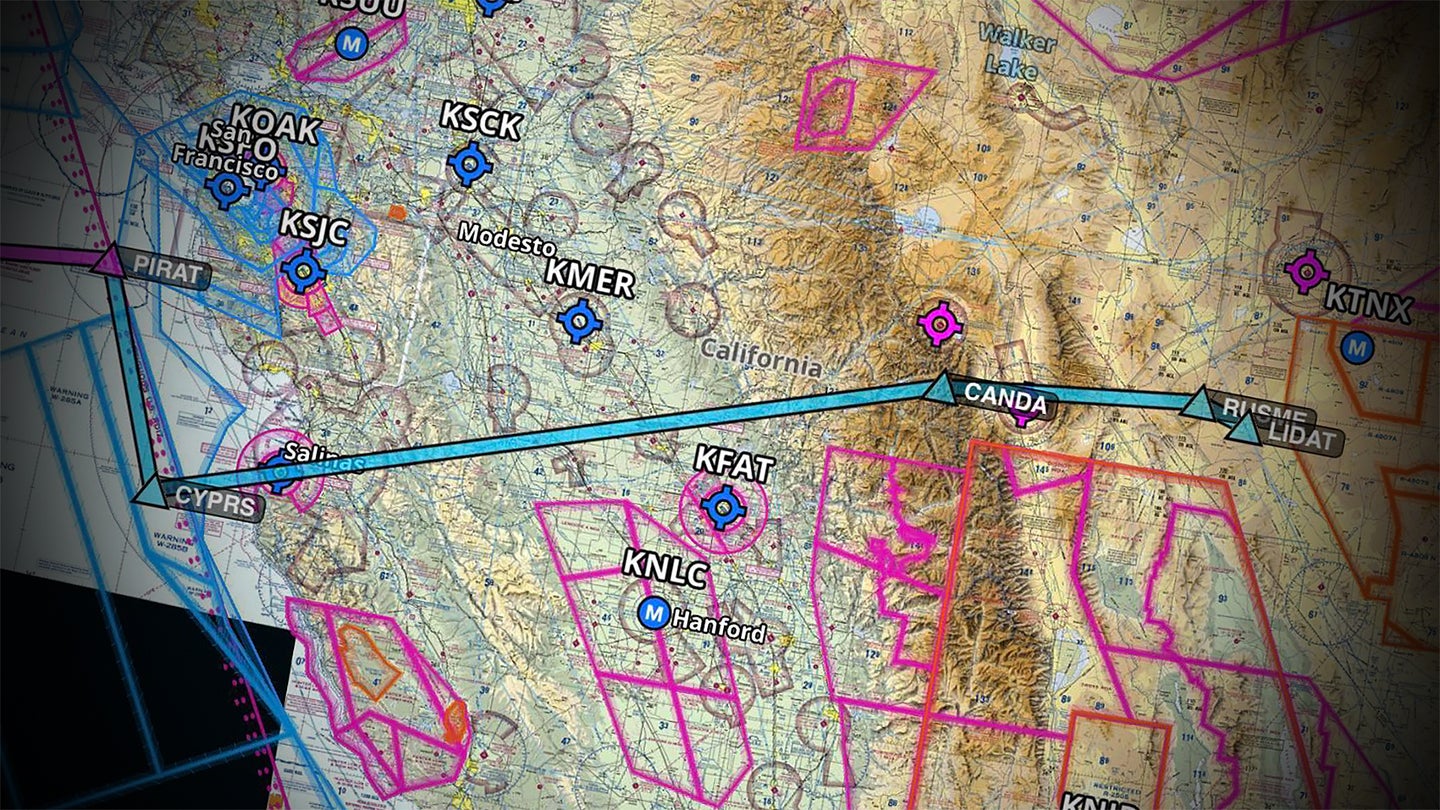