Fighters from Saudi Arabia, Israel, Egypt, and Bahrain joined the swing-wing bomber on its journey around one of the world's toughest neighborhoods. 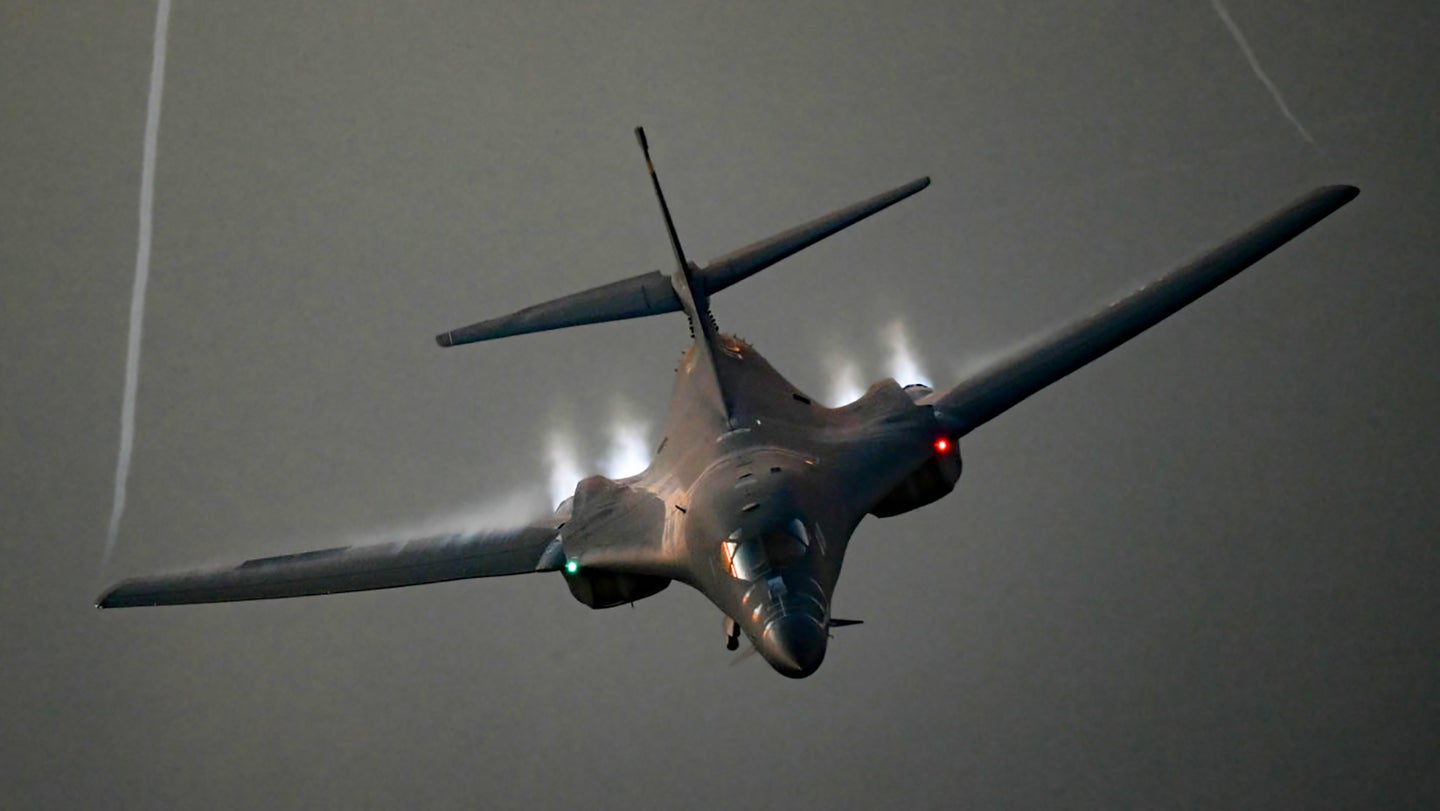 One of the B-1B bombers that had deployed to the remote Indian Ocean outpost of Diego Garcia early this month—the first deployment to the island for the type in over a decade and a half—just flew a unique mission that circumnavigated the Arabian Peninsula. During the long-range sortie, various allies' fighters joined up with the 'Bone' and its accompanying tankers, resulting in the absolutely stunning photos taken by Senior Airman Jerreht Harris seen below. You can read all about the B-1B's current deployment to Diego Garcia in our past coverage of it here.

The "presence patrol" route around the U.S. Central Command's area of responsibility went as follows, according to the USAF:

The flight was a five-hour, non-stop multilateral mission with participation from air forces to include: Bahrain, Egypt, Israel and the Kingdom of Saudi Arabia. ... Multiple partner nations’ fighter aircraft accompanied the B-1B Lancer at different points during the flight, which flew over the Gulf of Aden, Bab el-Mandeb Strait, Red Sea, Suez Canal, Arabian Gulf, Strait of Hormuz and the Gulf of Oman before departing the region.

Here is a very approximate version of the route the B-1 took. It is also possible that they staged for this particular mission out of Al Udeid Air Base in Qatar, but the aircraft themselves are bedded-down in Diego Garcia:

Some of the most interesting images of the set are of the B-1B being escorted by Israeli F-15 Baz fighters. The highly modified F-15A/B/C/Ds, still some of Israel's most prized air-combat assets, are seen with a unique loadout that we did an entire story on last March after they escorted another U.S. bomber on patrol.

Some additional striking shots from the mission:

The forward deployment of the B-1s to the highly strategic island of Diego Garcia puts them in an ideal position to respond to contingencies and execute training and presence missions in the Middle East, Africa, and the Western Pacific region. According to satellite imagery, it appears the B-1 force on the island includes four jets as well as at least as many KC-135 tankers.

This is unlikely to be the last we will see of the B-1s during their historic deployment back to Diego Garcia. We will let you know where they show up next.

Some additional images and footage from the Saudis: