Ukraine's military has confirmed that it conducted its first ever strike using a Turkish-made Bayraktar TB2 armed drone yesterday. The TB2 destroyed a 122mm D-30 howitzer belonging to Russian-backed separatist forces in the country's eastern Donbass region that Ukrainian authorities said was responsible for killing one of its soldiers and wounding another. This is the latest conflict to see the use of Bayraktar's flagship product, which has already been employed to great effect in recent years by Turkish forces in Syria, by Libyan government forces in that country, and by Azerbaijan's military against Armenian troops in the disputed Nagorno-Karabakh region. In each case, these unmanned aircraft were instrumental in holding back the opposing side's forces, if not outright defeating them.

Video reportedly showing the strike had emerged online ahead of the General Staff of the Armed Forces of Ukraine's official confirmation. The General Staff's post on Facebook about the incident included the same video clip, seen below, making clear that this was indeed footage of the TB2 destroying the D-30. Ukrainian officials had disclosed that TB2s were conducting reconnaissance flights in the Donbass region back in April.

"From 14:25 to 15:15 [2:25 PM to 3:15 PM local time on Oct. 26], a battery of howitzers D-30 of the Russian terrorist forces fired on the positions of the Joint Forces in the area of the settlement of Granitne. Two servicemen of the Armed Forces of Ukraine were wounded during the shelling, one of them was killed," according to the General Staff's statement. "With the start of the shelling, a ceasefire was immediately demanded through the OSCE [Organization for Security and Co-operation in Europe] SMM - Special Monitoring Mission to Ukraine, and a note was sent through diplomatic channels. However, the occupiers did not react."

"In order to force the enemy to cease fire, [the] Bayraktar was used by the order of the Commander-in-Chief of the Armed Forces of Ukraine," the statement continued. "The unmanned aerial vehicle did not cross the line of contact and destroyed one gun of the crew of the Russian occupation forces with a guided bomb. After that, the shelling of Ukrainian positions stopped."

The statement from the General Staff of the Armed Forces of Ukraine did not say exactly what kind of "guided bomb" had been used in the strike. However, the Turkish-made MAM-series of small laser-guided bombs, which Ukraine has also acquired, has been the most common weapon employed by TB2s in other conflicts in recent years.

It's not entirely clear many TB2s are currently in Ukrainian service, but the first examples were delivered in 2019. The country's Air Force and Navy now both operate small fleets and are looking to buy dozens more. Bayraktar is now in the process of establishing training and maintenance facilities for the drones in Ukraine and the Ukrainian government is interested in producing or at least assembling them locally.

Yesterday's strike came after separatist forces accused Ukrainian forces of crossing the established line of contact in the Donbass region, which forms a de facto border between areas those groups occupy and the rest of the country. Officials in Ukraine denied those claims. Both sides routinely accuse each other of violating existing ceasefire agreements.

The use of the TB2 has added a new layer to the conflict in Eastern Ukraine, which has dragged on for years now. Ostensibly local separatist groups have occupied areas of the Donbass since 2014, the same year that Russia illegally seized Ukraine's Crimea region. Those separatists have strong links to Russian intelligence agencies and receive direct support from the Russian military. Though the Kremlin denies this is the case, there is clear evidence that many separatist units are simply Russian forces deployed inside Ukraine.

It's not at all hard to understand why Ukraine has acquired TB2s and, if anything, it's somewhat surprising that it took so long for a strike involving one of them to occur. These drones have been proven extremely effective against very similar forces in equally similar scale conflicts since 2019. That year, Libya's internationally-recognized and Turkish-backed Government of National Accord (GNA) employed TB2s to blunt an offensive led by Khalifa Haftar and his Libyan National Army (LNA). The LNA receives support from Russia, among other international benefactors. Then, last year, Turkey used its own TB2s, among other assets, to stymie Russian-backed forces in Syria's Idlib province.

In 2020, Azerbaijani TB2s were, along with various Israeli-made loitering munitions, also known as suicide drones, were instrumental in that country's victory over Armenian and Armenian-backed forces in Nagorno-Karabakh. In that conflict, in particular, the Bayraktar were employed to destroy large numbers of enemy artillery emplacements, just like the strike in Donbass yesterday, as well as tanks and other armed vehicles.

For Ukraine, as with Libya and Azerbaijan, the TB2 offers a very effective and relatively low-cost way to generate precision airstrikes against various types of targets, as well as to conduct long-endurance reconnaissance and surveillance missions. Russian-supported separatists in Donbass have significant armor and artillery assets that otherwise present real challenges to Ukrainian troops, especially if a larger round of fighting in the region were to erupt. There were concerns just earlier this year that such a crisis could be imminent as Russia flooded parts of its territory opposite Ukraine's borders, as well as Crimea, with thousands of troops equipped with tanks and heavy artillery, among other assets.

At the same time, Russia has, from the very beginning, heavily employed electronic warfare systems in the conflict in Ukraine that could present hurdles to operating TB2s that other countries have not necessarily faced when employing these drones, which are generally configured to use line-of-sight control links. Bayraktar only unveiled a version with a longer-range satellite communications system last year.

Russia's military has substantial air defense assets that it could bring to bear, as well. At the same time, Bayraktar's drones have been responsible for the destruction of Russian-made air defense systems, especially Pantsir-S1 point defense systems, in other conflict zones.

No matter what, armed TB2s conducting strikes, a capability that Ukraine has now demonstrated, still presents an additional hurdle to separatists and their Russian partners. If Ukrainian forces now feel able to conduct these kinds of strikes more regularly, it would also raise questions about the potential for escalation in kind on the part of Russian-support forces.

The operational capability the TB2s offer could be a point of leverage for officials in Kyiv in any future negotiations with the Kremlin about a potential resolution to the conflict, as well. The drones are indicative of steps the Ukrainian government has taken in recent years to try to bolster its ability to challenge future surges in Russian aggression, both militarily and diplomatically. This includes Ukraine securing an agreement with the United States last year that finally gave it the ability to employ its Javelin anti-tank missiles against Russian-backed forces, something that had previously been prohibited under the terms of the sale of those weapons, as well as its continued interest in joining NATO. Turkey and the United States are both NATO members.

“Ukraine…has a right to decide its own future foreign policy, and we expect that they will be able to do that without any outside interference," U.S. Secretary of Defense Lloyd Austin said during a visit to Kyiv just last week. “We will continue to do everything we can to support Ukraine's efforts to develop the capability to defend itself."

However the conflict in the Donbass region continues to evolve, it will be especially interesting to see what happens immediately now that the Ukrainian military has now shown that is both able and willing to employ its TB2 drones to respond to certain ceasefire violations by Russian-backed forces. 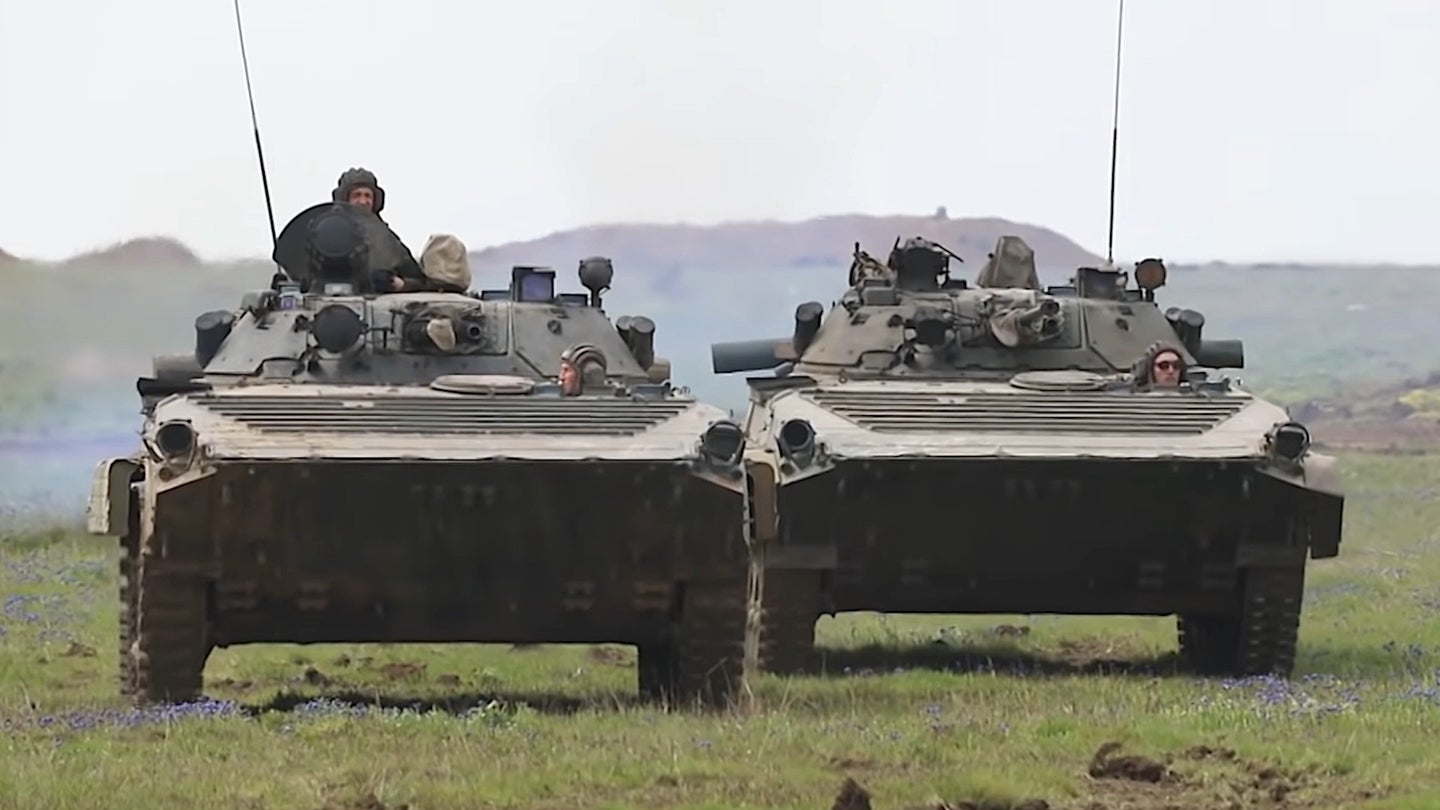 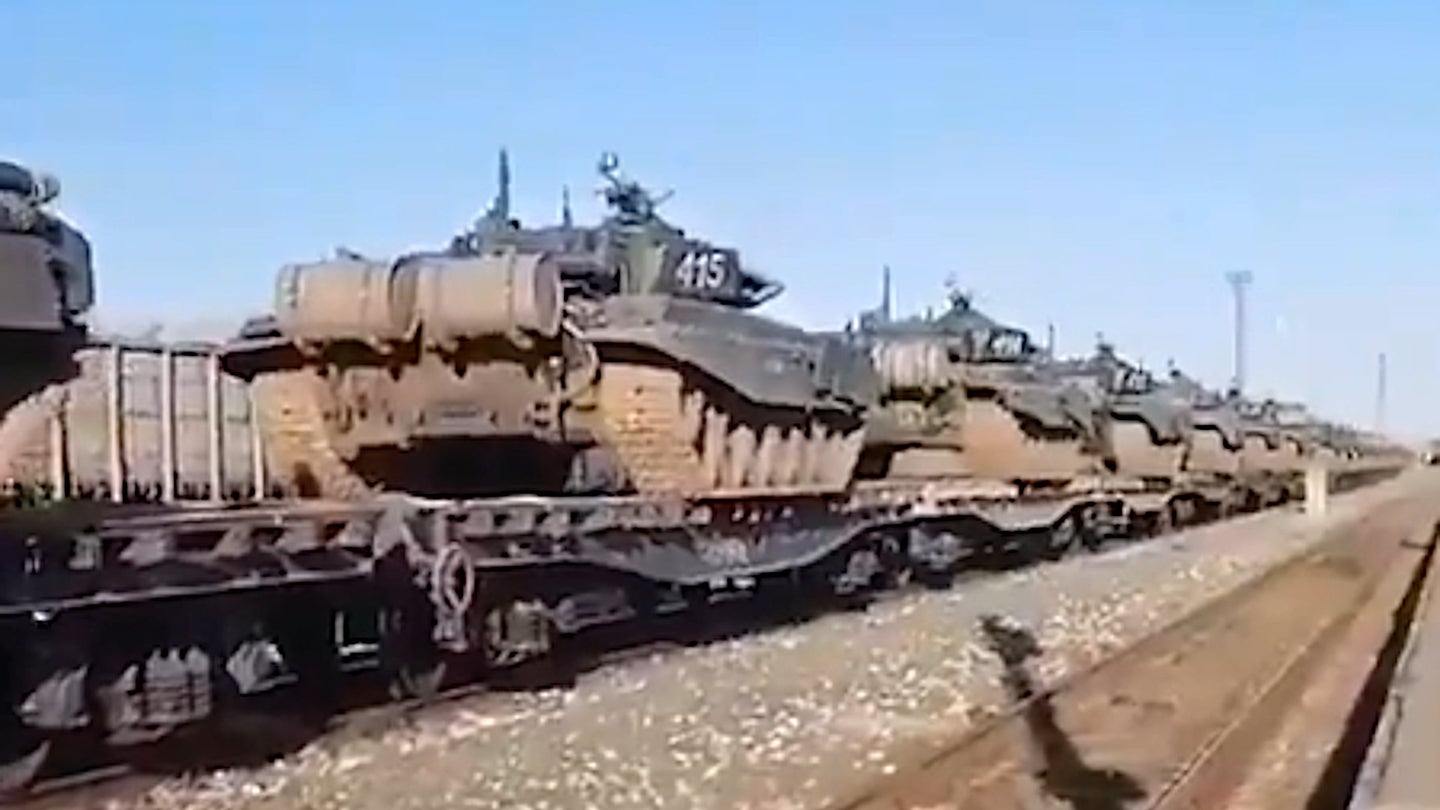 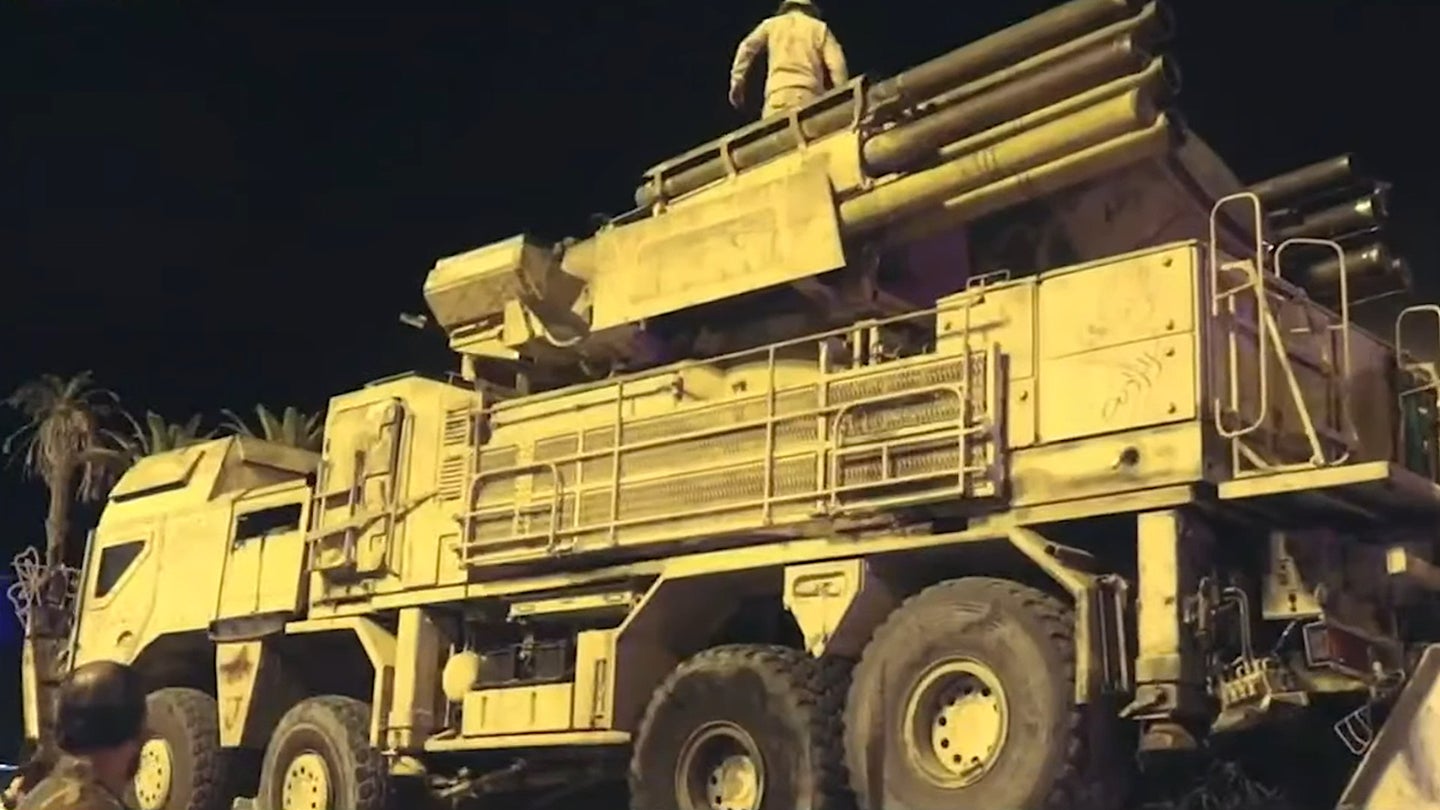