The arrival of the long-rumored two-seat ‘J-20B’ would signify a major boost to China’s future air combat capabilities.

Pictures have emerged from Chengdu Aerospace Corporation's plant and flight test airfield that appear to show a J-20 in yellow primer paint with a two-place tandem cockpit and an elongated canopy to enclose it. If the images are indeed legitimate, the appearance of this J-20 variant — often referred to as the J-20B, J-20AS, or J-20S — wouldn't be much of a surprise, as China's military-industrial complex has been hinting at its development in an increasing manner for some time now. In fact, we covered its potential development just this summer.

Author's note: See updated with new images and video at the bottom of this post.

This new J-20 variant would give China something the United States and other competitors do not have — a stealthy high-performance tactical jet that has two heads in the cockpit instead of one. Why the two-person crew concept is becoming a big deal again is that two people are better able to exploit the enormous information advanced sensors and networking, as well as close proximity to the enemy, that a stealthy advanced fighter with good endurance can provide. In doing so, they can become force multipliers, helping to enable other, less capable assets by working as a 'quarterback of sorts of the localized tactical air battle. Having another brain available to help best employ the J-20's own weapons is also a plus, especially as its arsenal expands and its missions continue to evolve.

There are also clear training advantages of having a two-seat variant of any aircraft. Even if the 'J-20B' is not configured with full controls in the rear cockpit, crews can still benefit from exposure to tactical training and basic flight operations via the second seat accommodation.

Beyond this more basic function, and especially important to this development, the emergence of manned-unmanned teaming and loyal wingmen drones will be greatly enabled by a second person acting as a 'mission commander' of sorts, who helps control unmanned systems and coordinates tactics with them near the forward edges of the fight. This is precisely where the J-20 was designed to be employed.

Even some competitive disadvantages in unmanned autonomy and networking capabilities could be at least partially offset by having another crewman in the cockpit who is focused on the implementation of manned-unmanned teaming tactics. Regardless, China is working hard on its own artificial intelligence-related air combat initiatives, both for use in the cockpit and in unmanned platforms, as well as loyal wingman programs.

As to the question of whether the images of a two-seat J-20 are real or not, we cannot say for certain, but they do fit well with an established pattern of 'leaks' on the internet in China that show increasingly more detailed images of new aircraft developments out of Chengdu. In fact, these images are very similar to the first glimpses we got of the J-20. At the time, many said they were fakes. They, and many in the U.S. government, were soon proved quite wrong when it came to their chronic underestimation of Chinese engineering capabilities and the level of espionage at work that helped it advance so quickly.

Still, these images could easily be altered. We have seen some great fakes before. The timing is key here, though, as two-seat J-20 concept art has increasingly been present at major events, including China's big air show and arms expo in Zhuhai that just wrapped up earlier this month.

For all these reasons, it really isn't as much a question of if we are getting a 'J-20B,' but when.

It will be interesting to see if this new variant also has other major refinements to the core J-20 design. We have seen the aircraft evolve over the past decade on many fronts, and it is known that its avionics have progressively improved. The advent of a two-seater would be a great time to introduce more major modifications, some of which are thought to be on the way.

So, we'll have to see if more images emerge of this potentially impactful two-seat J-20. If these are indeed the real McCoy, we will likely see higher resolution images of the jet in question very soon.

Update, October 27: A new photo and video showing the two-seat variant of the J-20 has emerged and appears to provide our best look at the aircraft so far, all but confirming its existence. Once again, the imagery seems to show the yellow primer-painted J-20 taxiing at the Chengdu facility: 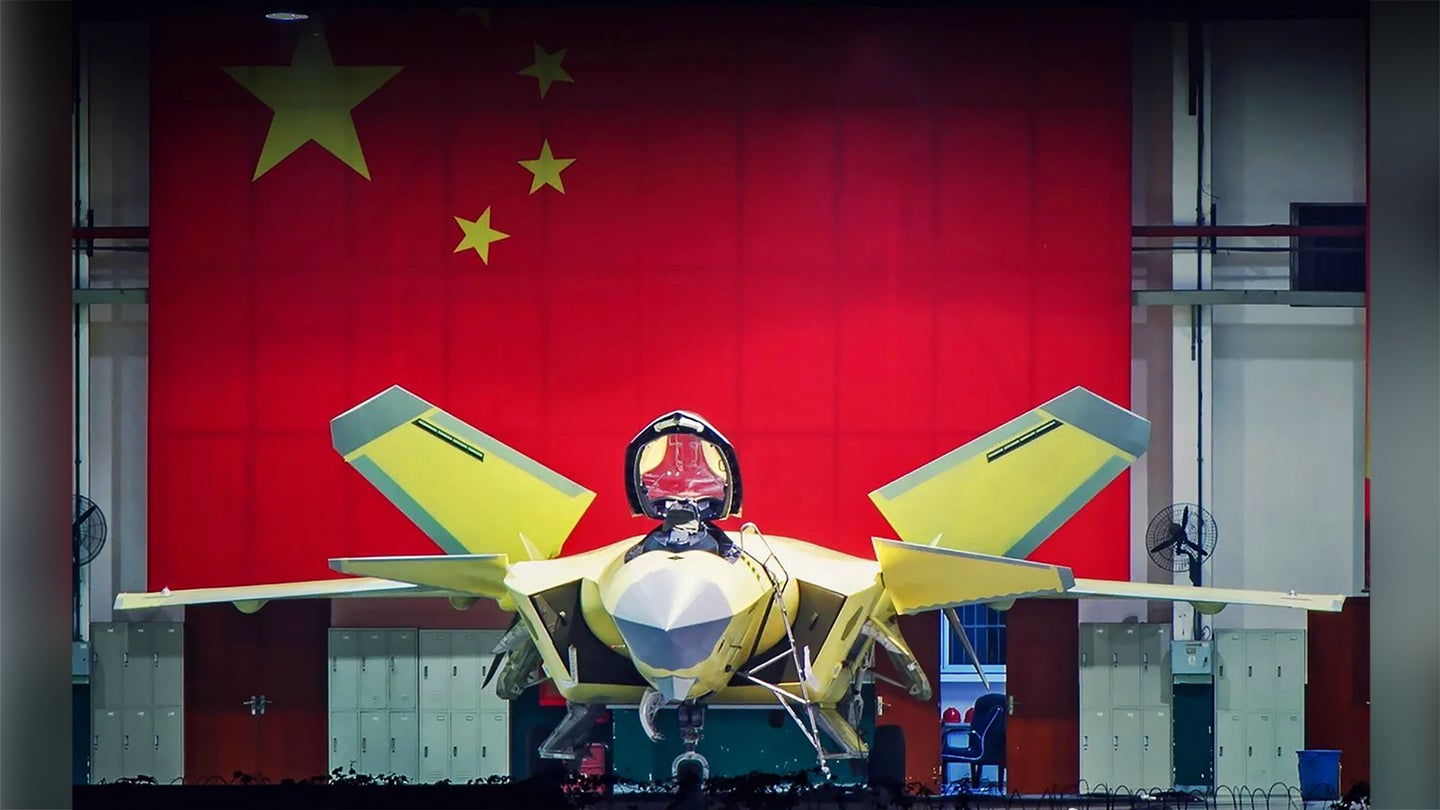 China’s J-20 Stealth Fighter First Flew 10 Years Ago Today. A Two-Seater Could Be Next.

As China’s J-20 fighter crosses the ten-year mark, its manufacturer has hinted at a twin-seat version, which could be of considerable value to China. 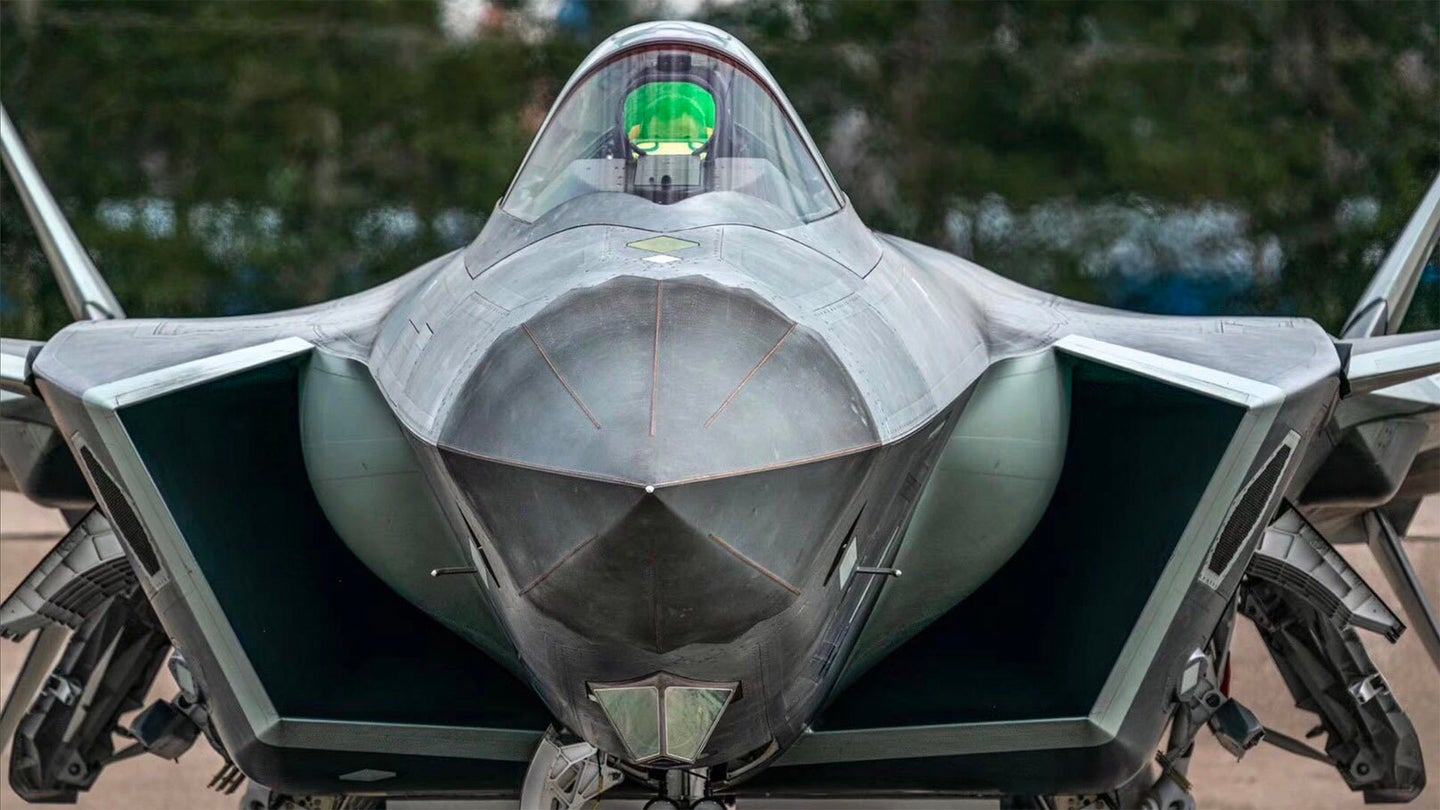