The U.S. Army says mock enemy troops, also known as the Opposing Force, or OPFOR, have employed unmanned ground vehicles in an exercise for the first time. The OPFOR used them to help deny access to possible helicopter landing zones and set up blocking positions along roads, among other tasks. This highlights the reality that American forces will only be increasingly likely as time goes on to encounter unmanned systems on the ground, as well as in the air, during future conflicts, especially high-end fights against potential near-peer adversaries, such as China or Russia.

“With these units, the human survivability rate increases significantly,” Sergeant First Class Eugene Lackey, a soldier from Geronimo's Pathfinder Company, said about the exercise. “This system allowed us to close with and destroy the enemy safely from a distance. It [also enabled] us to the find the enemy before he could find us. It is a great tool and I wish we could have it for little bit longer to really see how we can change the way wars are fought.”

The MUTTs that Geronimo used in the exercise are 8x8 wheeled unmanned ground vehicles (UGV) in the one-and-a-half-ton class. GDLS also offers smaller 4x4 and 6x6 versions, as well as tracked variants in all three size classes. All of the members of the MUTT family have hybrid-electric propulsion systems that offer improved fuel efficiency compared to similarly-sized vehicles powered by more conventional internal combustion engines. In addition, this allows them to operate very quietly at low speeds and while in static positions, and reduces their thermal signature.

Geronimo's MUTTs were each configured with a Common Remotely Operated Weapon Station (CROWS) equipped with a 7.62mm M240 machine gun and a Javelin anti-tank guided missile (ATGM) launcher, as well as a tethered quadcopter unmanned aerial system. The drone has an array of video cameras that allow it to provide additional surveillance and reconnaissance capacity, as well as act as a signal relay, extending how far the UGVs can operate from their human operators.

The operators control the UGVs through a software suite that can be installed on various types of computer systems, including ruggedized laptops. The MUTTs are capable of some degree of semi-autonomous operation, including moving to designated coordinates, but, at least at present, humans are in the loop at all times and are in direct control of the onboard weapons and sensor systems.

The MUTTs are part of an experimental fleet the Army has been using as part of Project Origin, an effort to explore future concepts of operations involving UGVs. The service is in the process of acquiring various tiers of unmanned ground platforms to support a variety of missions. In 2019, the Army had actually selected GLDS' MUTT as the winning design for its Squad Multipurpose Equipment Transport (SMET) program, but a formal protest from another entrant, Howe and Howe, led to the scrapping of that deal and the rebooting of the competition.

"The Geronimo force used the Project Origin platform to block a key intersection for 36 hours, an effort that benefitted from Origin’s low heat signature while conducting long hours of battery-powered 'silent watch,'" according to the Army. "In addition, Geronimo used the Project Origin vehicles to deny helicopter landing zones and conduct route reconnaissance."

Despite its name, the Army's 101st Airborne Division is focused on air assault operations using helicopters, so using UGVs to help make it hard for those aircraft to find safe places to land would've been extremely valuable for Geronimo's troops. The Javelins on the MUTTs would have presented a particularly significant threat in this regard, and one that could be employed while keeping the vehicles concealed and protected behind cover. Though primarily intended to engage armored vehicles, ATGMs, in general, have been shown to be very effective against low-flying and landed helicopters, as well as other kinds of non-traditional targets, in various recent conflicts around the world.

Blocking the road represents another different way Geronimo used the UGVs to help deny enemy movement during the exercise. Both of these use cases also underscore how UGVs can provide additional surveillance capacity or otherwise be a persistent presence at a specific location more generally, which would otherwise take actual troops away from other tasks.

Overall, the employment of the MUTTs during this particular exercise was ostensibly in support of Project Origin's objectives to explore how the Army itself will employ UGVs in the future.

“This validated the notion that if we assign the dumb, dirty, dangerous missions to the robots, we can re-assign our Soldiers to the high-priority complex missions and tasks,” Major Cory Wallace, the Robotic Combat Vehicle (RCV) lead within the Army Next Generation Combat Vehicle Cross-Functional Team (NGCV CFT), said of JRTC exercise. “JRTC stressed the systems to their breaking points, allowing us to identify problems that would undoubtedly arise in the future."

At the same time, it's hard not to see the OPFOR's use of UGVs as a reflection of how various countries around the world, including potential adversaries, such as China and Russia, are increasingly developing and fielding their own unmanned ground platforms. Russia has already put a family of UGVs with different tiers of capabilities into limited service. This includes the Uran-9, a mini-tank-like design that has reportedly been field-tested in Syria, which has a primary armament consisting of a 30mm automatic cannon and ATGMs.

China is rapidly pursuing its own unmanned ground fleets. These also include armed types with varying mixes of automatic cannons, ATGMs, and machine guns.

Many other countries around the world are following suit, and, in many instances, these UGVs are being developed with an eye toward the export market, as well. The scope of potential armed UGV designs is only continuing to grow, to include very small platforms, such as quadrupedal unmanned "robot dogs."

As such, Army soldiers, as well as other American forces, are presented with the reality that they would be increasingly likely to face enemies with some degree of capability in this regard, which presents new potential challenges. American OPFOR units have already begun to integrate small drones into exercises as those threats have grown and it is an entirely logical next step to give mock enemy forces UGVs during exercises.

All told, it only seems more and more likely that future Army exercises will include UGVs, both as the service gets closer to fielding various platforms itself and as it becomes increasingly important to train against simulated hostile forces with similar capabilities. 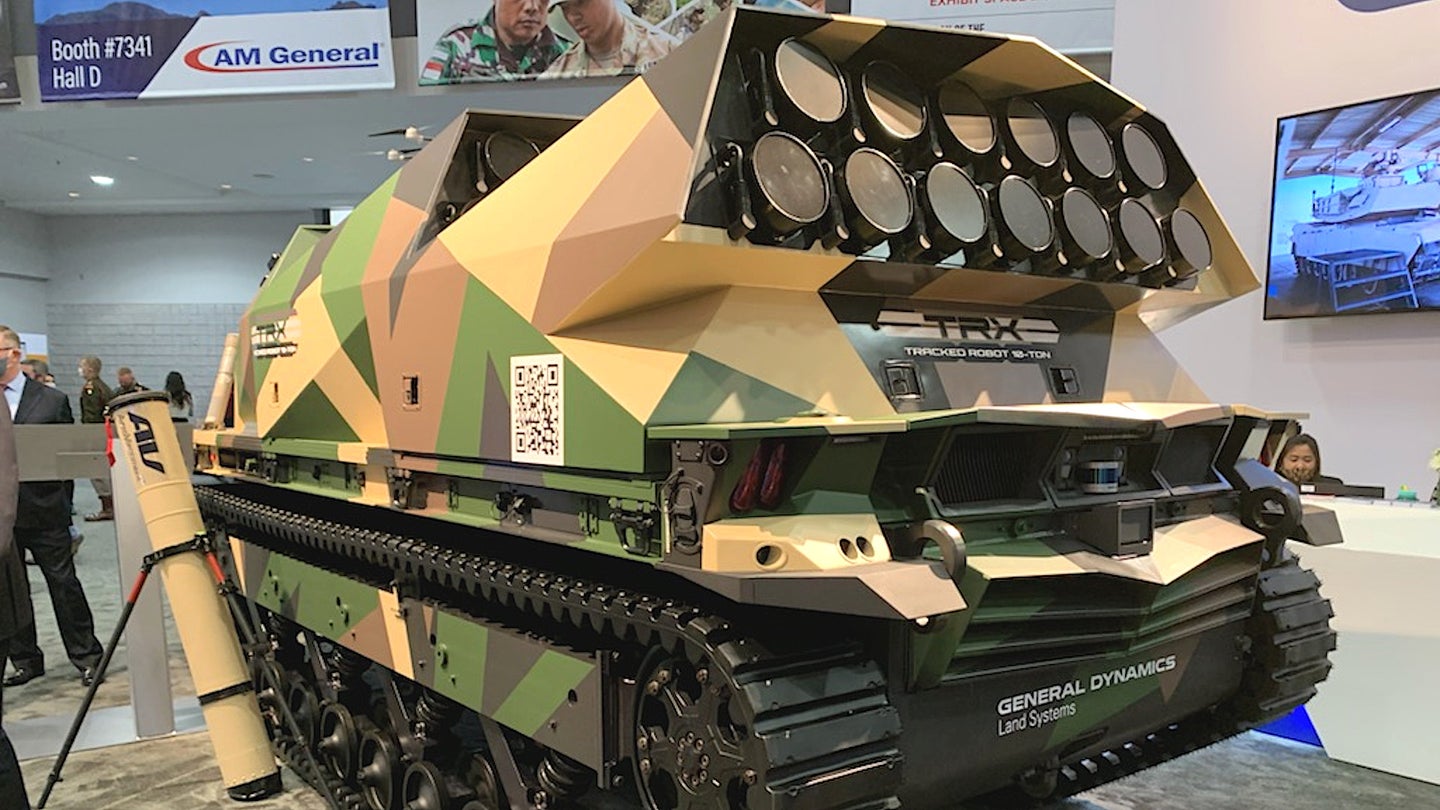 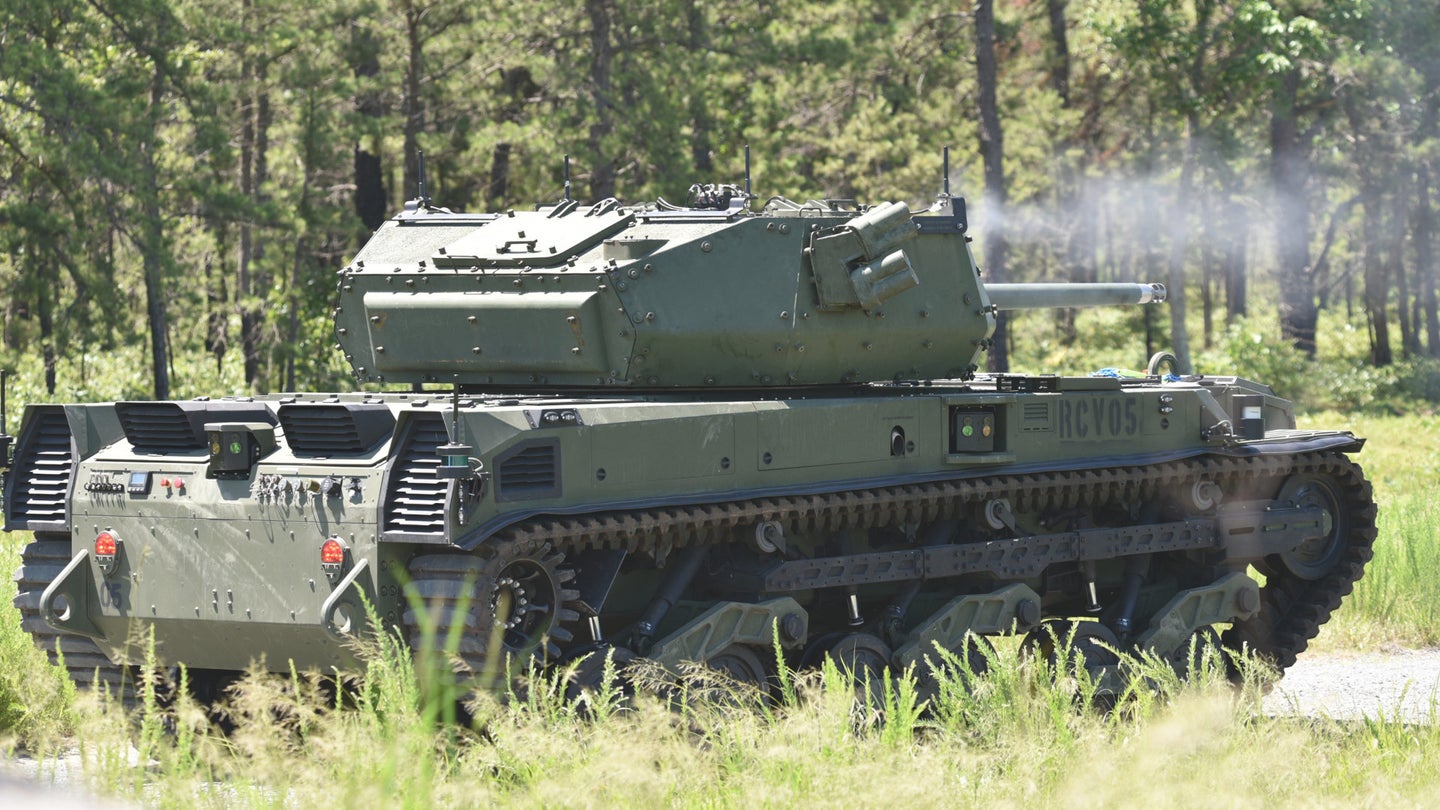 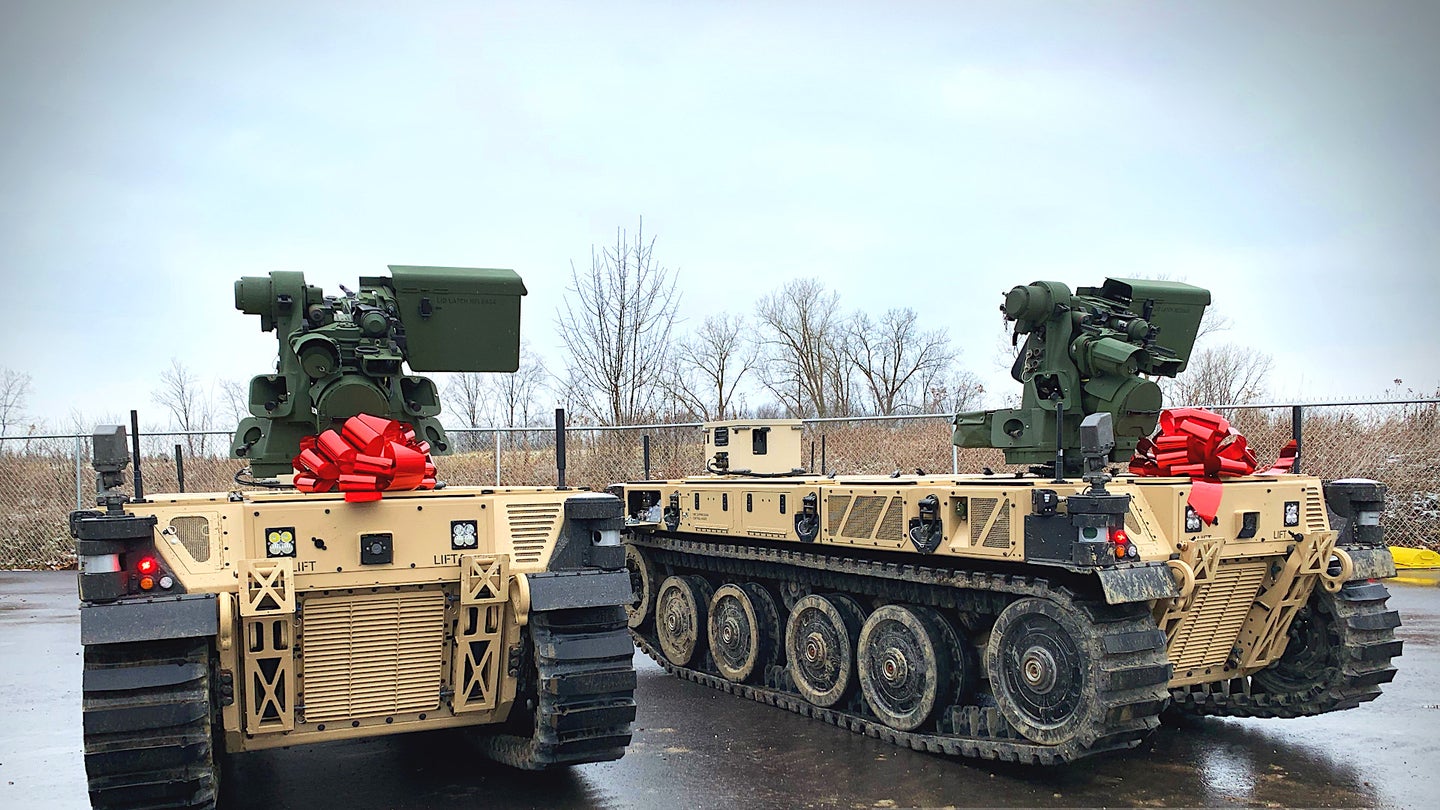