Aircraft trackers got a special surprise on Wednesday, September 29th, when a massive string of KC-135 tankers launched in quick succession out of Fairchild Air Force Base in northeastern Washington State. Soon it became apparent that no less than 17, and possibly more [the number was 20, see the update at the bottom of the post], of the ancient aerial refuelers were on some sort of mission, flying in a tightly-packed line across the northern United States.

The massive launch is likely part of a major readiness exercise, as we have seen across other bases and types in the past. The tankers were even photographed on the ground at Fairchild AFB in a long line before their quick-interval launch (see below). A similar drill was held at Fairchild in 2012, but without so many aircraft actually launching it would seem.

Other large-scale USAF transport missions that span the country include Joint Forcible Entry (JFEX) exercises, but this does not appear to be part of that type of evolution. Other strategic exercises feature mass sorties by KC-135s, but we are unaware of any going on right now.

The youngest of these KC-135s is nearly 60 years old. As such, putting so many into the air at once from a single base is a testament to Boeing's design and especially to the men and women who maintain the aircraft, which can be considered antique in most regards. The exercise seems to leverage the minimum interval takeoff (MITO) tactics that were made famous during the Cold War and are still employed today, though to a lesser degree:

Some in the formation have since broken away, with four groups now heading in different directions:

The KC-135 remains the backbone of the USAF's tanker force, with nearly 400 still flying with the force. It will soldier on for decades to come, helped in part by the fact that moves to replace the type that continue to be mired in delays.

We have reached out to Fairchild AFB for information on this unique gaggle of Stratotankers, we will report back when they get back to us.

The War Zone talked with Captain Kaitlin Holmes, the Chief of Public Affairs for the 92nd Air Refueling Wing about the operation, which was indeed historic:

"So we’ve launched a 20-ship flight in what we call minimal-interval takeoffs. It was actually the biggest takeoffs that we’ve had of KC-135s here at Fairchild. The purpose was a proficiency and readiness exercise. So it was validating our maintenance crews, generation capabilities, and our operational capabilities to launch multiple aircraft using minimum takeoff interval procedures.

We’re really proud of it because it was able to showcase the readiness of the 92nd air refueling wing, or our aircrew, and of our aircraft.

20 KC-135s launching in quick succession is indeed an amazing feat. Hopefully, we will get some images soon of the major undertaking.

Here is the official statement from the 92nd Air Refueling Wing and some images of the operation:

This was an impressive feat boasting the largest take-off of a KC-135 fleet at Fairchild Air Force Base. Today we launched more Refuelers than are owned by whole countries.

Previous to take-off, the jets lined up in an “elephant walk”. The MITO was part of a proficiency and readiness exercise, sought to validate Fairchild’s maintenance generation and operational capabilities to launch multiple aircraft using minimum interval take-off procedures. This capability showcases the readiness of the 92nd Air Refueling Wing aircrew and our 60+ year old aircraft fleet. 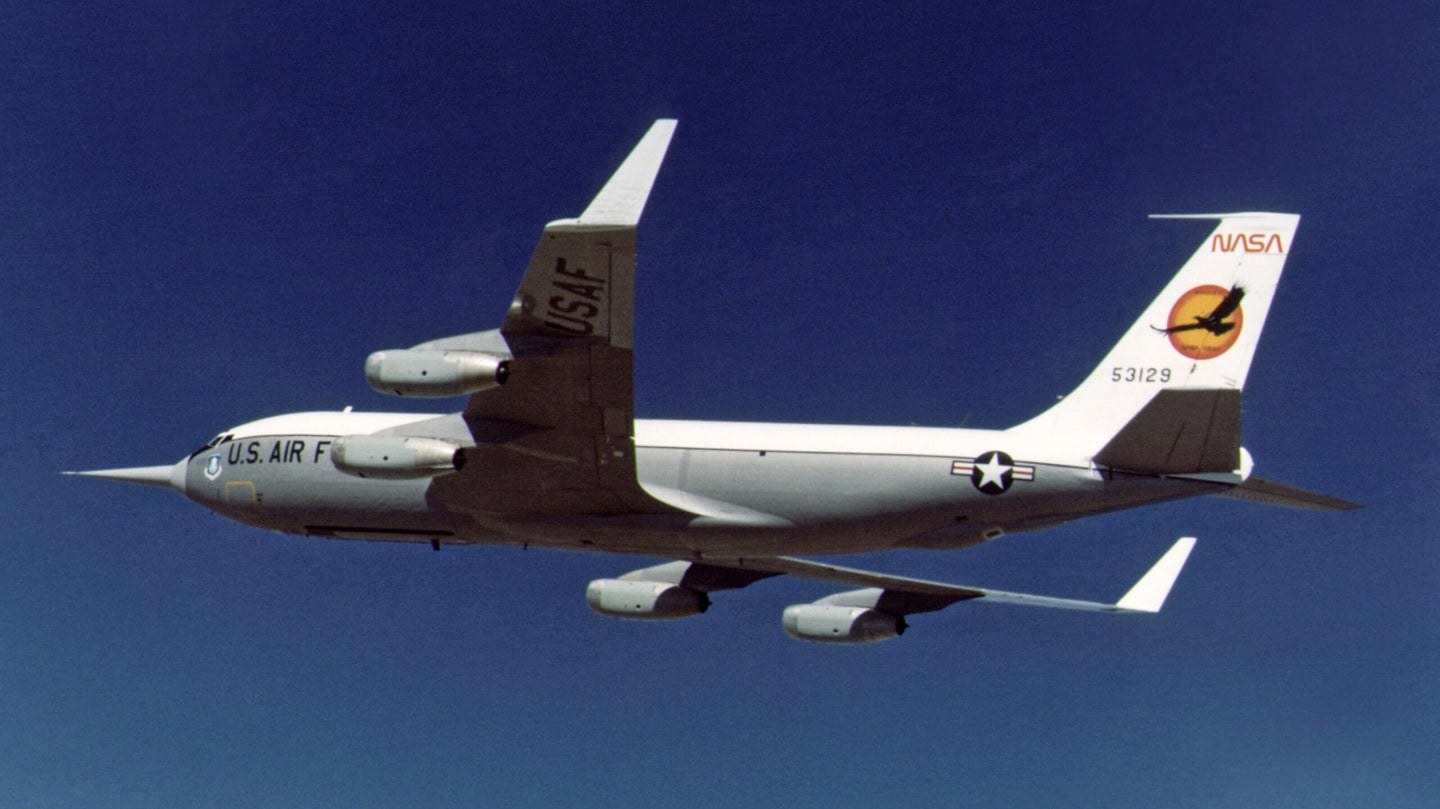 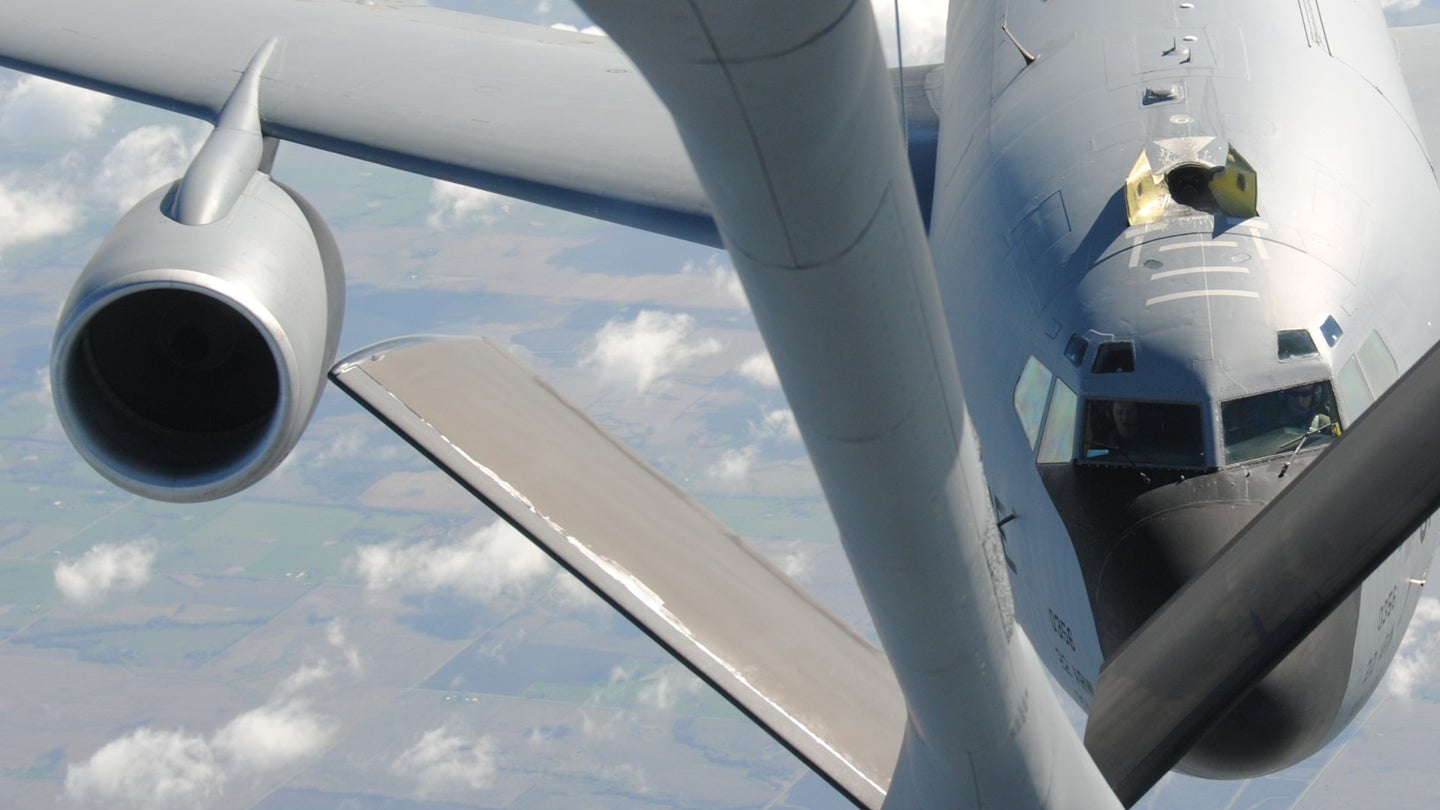 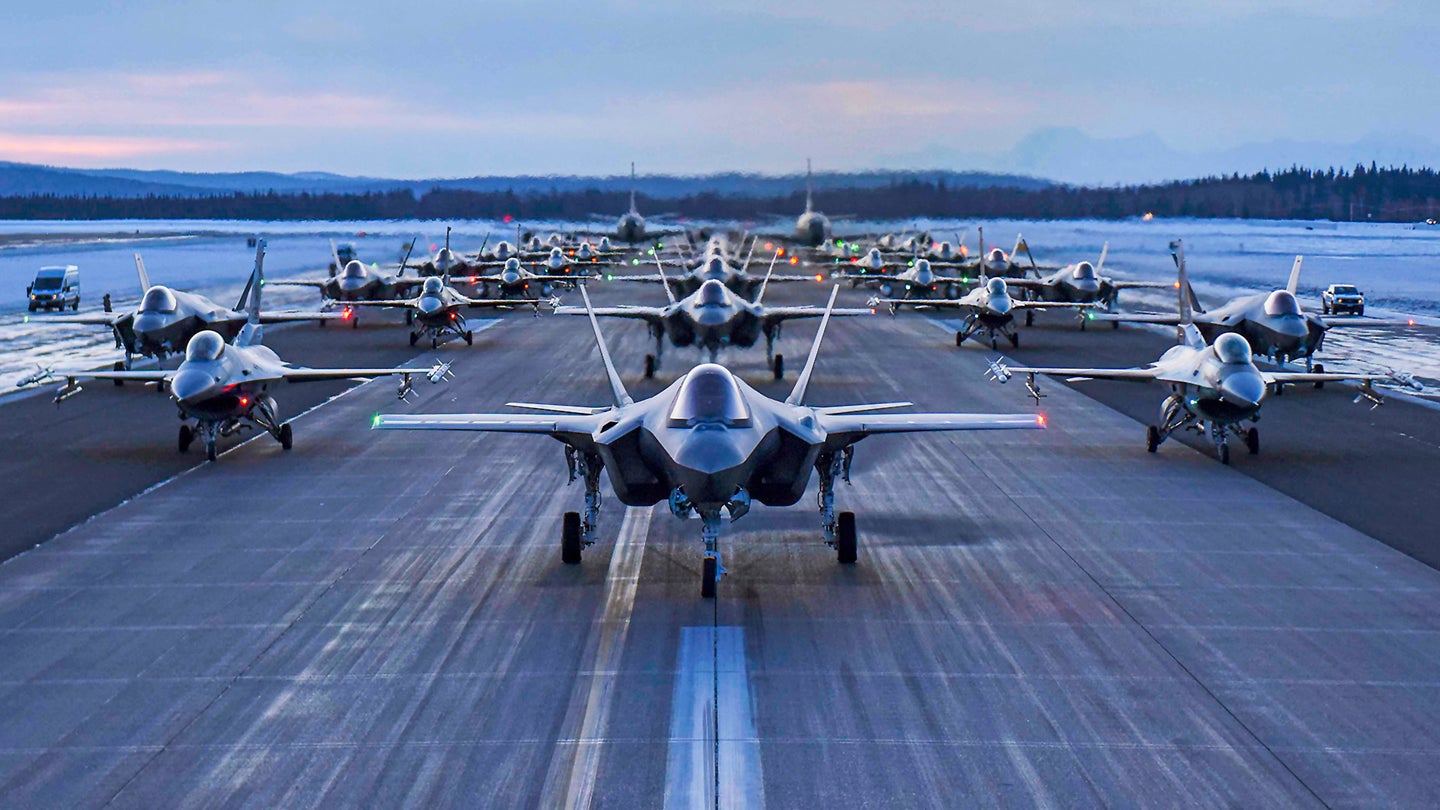