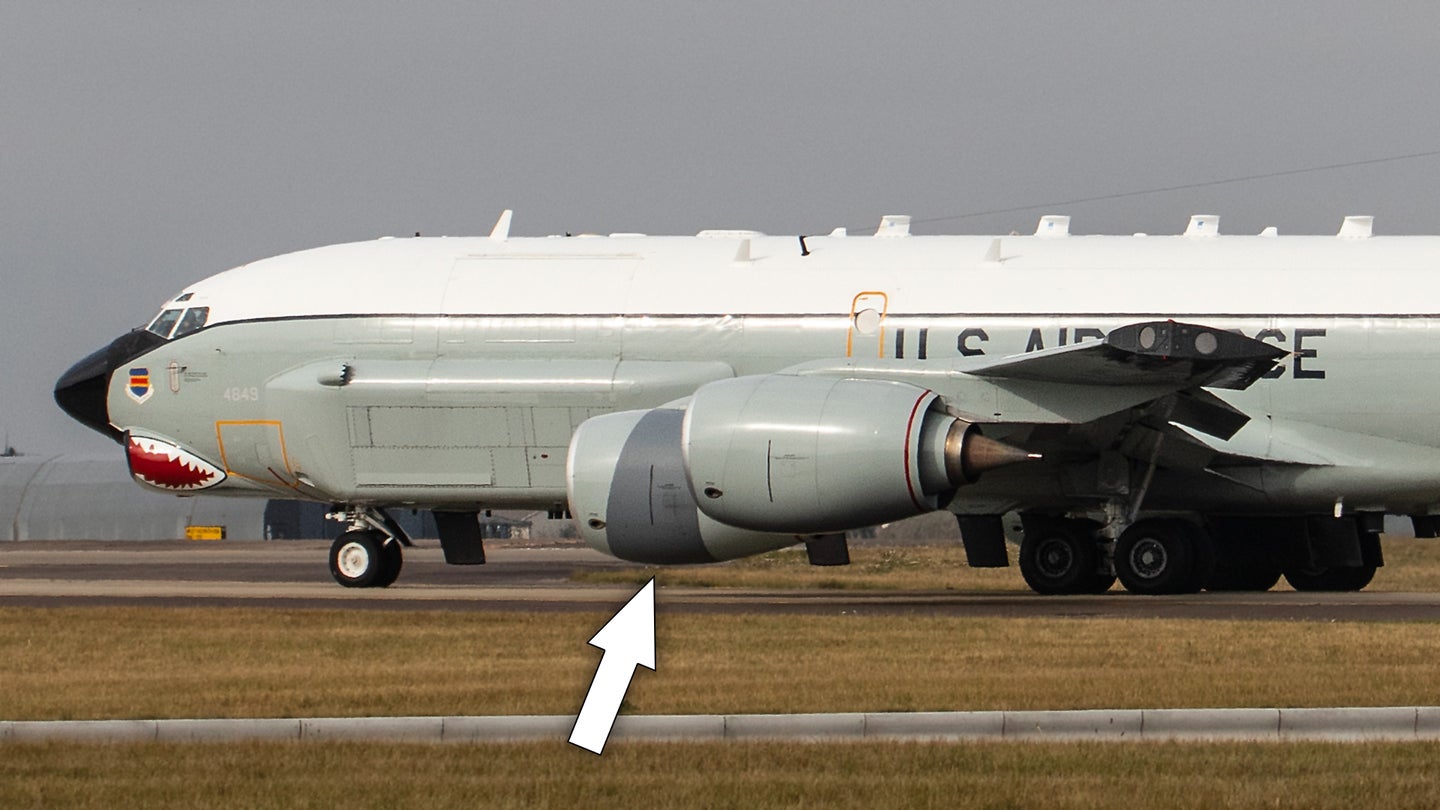 Just a couple of days ago, The War Zone reported on a video showing an RC-135U Combat Sent spy aircraft making an extremely hard landing in a crosswind at RAF Mildenhall in England. At the time we posited that one of the aircraft's engines might have struck the ground, which was also confirmed as the likely outcome by a veteran RC-135 pilot. Shortly after we published our report, an image supposedly showing one of the jet's CFM56 engine nacelles with a big gash in it emerged. Now we have new images, taken on September 17th, 10 days after the incident, that show the aircraft in question equipped with an engine nacelle panel from a KC-135R tanker. This color-mismatched panel is located in the same place where the gash was seen in the image that was supposedly taken following the incident.

The images come to us from Andrew McKelvey who was able to snap the pics of the Combat Sent, one of only two in existence, as it headed out to Souda Bay, Greece. This is a common forward-staging location for intelligence collection operations around the Eastern Mediterranean and Black Sea region.

In fact, the RC-135U just flew a sortie around the Black Sea today, providing hugely valuable intelligence on Russia's electronic order of battle—most notably regarding the locations and posture of its air defenses in Crimea.

So, while the landing was likely very frightening for those on board (especially those in the back!), the damage wasn't horrible and the "U-Boat" is back in action thanks to a donor nacelle panel from the local KC-135 squadron.