The Air Force needs a replacement for its aging E-3 Sentries, and off-the-shelf E-7 Wedgetails could fill the gap until a satellite capability emerges.

The U.S. Air Force is now actively looking into the possibility of buying a fleet of E-7 Wedgetail airborne early warning and control aircraft. The service’s top uniformed officer says that these aircraft could provide a "path" from the retirement of the aging fleet of E-3 Sentry Airborne Warning and Control System jets, or AWACSs, and a future space-based radar capability.

Air Force Chief of Staff General Charles Q. Brown, as well as Secretary of the Air Force Frank Kendall and General Mark Kelly, head of Air Combat Command (ACC), all made comments this week about the potential value of acquiring E-7s at the Air Force Association's (AFA) annual Air, Space, and Cyber Conference, which ended yesterday. General Kenneth Wilsbach, the commander of Pacific Air Forces (PACAF), had been the first to publicly issue a call for the service to buy Wedgetails back in February, which we covered in detail. General Jeffrey Harrigian, head of U.S. Air Forces in Europe (USAFE), has since offered his support for the idea, as well.

“We are doing internal analysis,” General Brown told reporters on Tuesday. “The E-7 is a good platform.”

“It could be useful to the Air Force,” Secretary Kendall said on Monday.

Brown also pointed out that the Wedgetail is in service already with the Royal Australian Air Force (RAAF) and that the U.K. Royal Air Force (RAF) is now in line to buy five of these jets to replace its own E-3s. South Korea and Turkey are also operators of this aircraft. Boeing first developed the plane, which is based on the 737 Next Generation airliner airframe, specifically for Australia in the 1990s.

The Air Force's E-3 Sentries, which carry a large radar in a circular radome on top of the rear fuselage, are extremely important supporting assets for U.S. air combat operations. They providing the ability to detect and track multiple threats, as well as just generally monitor specific areas of the aerial battlespace. They can also help track targets at sea. With that information in hand, they also serve as critical command and control and battle management platforms, forwarding data to other assets in the air and down below.

The more modern E-7 has the same general role and is immediately recognizable by the large Northrop Grumman Multi-role Electronically Scanned Array (MESA) radar, which has air and sea-search modes, on top of the rear end of the fuselage. The Wedgetail also has extensive communications and data-sharing capabilities to ensure it can pass on relevant information to other friendly assets in the air, as well as at sea and on the ground.

Based on the most popular commercial airliner design ever and a twin-engine airframe that is still in production and smaller than the E-3, the E-7 is more fuel-efficient and cheaper to operate and maintain. A certain degree of commonality with other aircraft currently in U.S. military service based on other 737 variants, such as the P-8A Poseidon maritime patrol plane and the C-40 Clipper passenger transport, could further ease sustainment costs. All of this is particularly important given that the existing Sentries are based on the long out-of-production Boeing 707 airliner and are only becoming more difficult to keep flying.

“They’ve served our nation well. They’re serving our nation right now,” General Kelly also said at the AFA gathering on Monday. “[But] there’s a reason why exactly zero airlines on the globe fly the 707. Because it takes miracle workers every day to just get it up in the air.”

“Unlike our closest treaty allies, we do not field a cutting-edge, air-moving target indicator capability,” he added. "We don’t."

Chief of Staff Brown, who had initially expressed some reticence about buying E-7s earlier this year, makes clear the service now sees the Wedgetail as “an option to be able to get the capability much faster than if we were to start a new start from scratch.” At the same time, however, he said that any purchase of these planes would “gives us a path” to what the service apparently really desires: a new space-based radar capability, which the General suggested could be less vulnerable than a system based on a commercial airliner.

“When you look to the future, ideally you’d like to be able to look at capability that can be defensible,” he explained.

It is important to note that potential U.S. adversaries, especially Russia and China, have already fielded various counter-space capabilities, at least to some degree, and are in the process of developing new and improved anti-satellite weapons. These threats are aimed in no small part at challenging historical American superiority in a host of space-based capabilities, including early warning, intelligence-gathering, navigation and weapons guidance, and communications and data-sharing. The U.S. military has itself been exploring possibilities for future distributed space-based networks that are more resilient and less vulnerable, as well as ways to rapidly replace any satellites that are destroyed or otherwise rendered inoperable.

It's also not clear what the state of the development of the space-based radar capability General Brown is envisioning might be at present. In May, Space Force General Jay Raymond, that service's top officer, did disclose the existence of a highly classified program to develop a constellation of radar satellites. However, these will be focused on providing ground moving-target indicator (GMTI) functionality as part of separate plans to replace the Air Force's E-8C Joint Surveillance Target Attack Radar System (JSTARS) battlefield surveillance and management aircraft with a distributed network of capabilities.

It is still very possible that the U.S. military already has in some stage of development other radar-equipped satellites intended to provide capabilities similar to E-3 and E-7-type aircraft in the classified realm. Multiple countries, as well as private companies, already publicly operate various space-based radars, but primarily for imaging purposes.

In the meantime, the E-7 certainly presents a proven platform that could be readily acquired relatively quickly to supplant the Air Force's aging E-3s and provide critical airborne early warning and control capabilities in the near term. 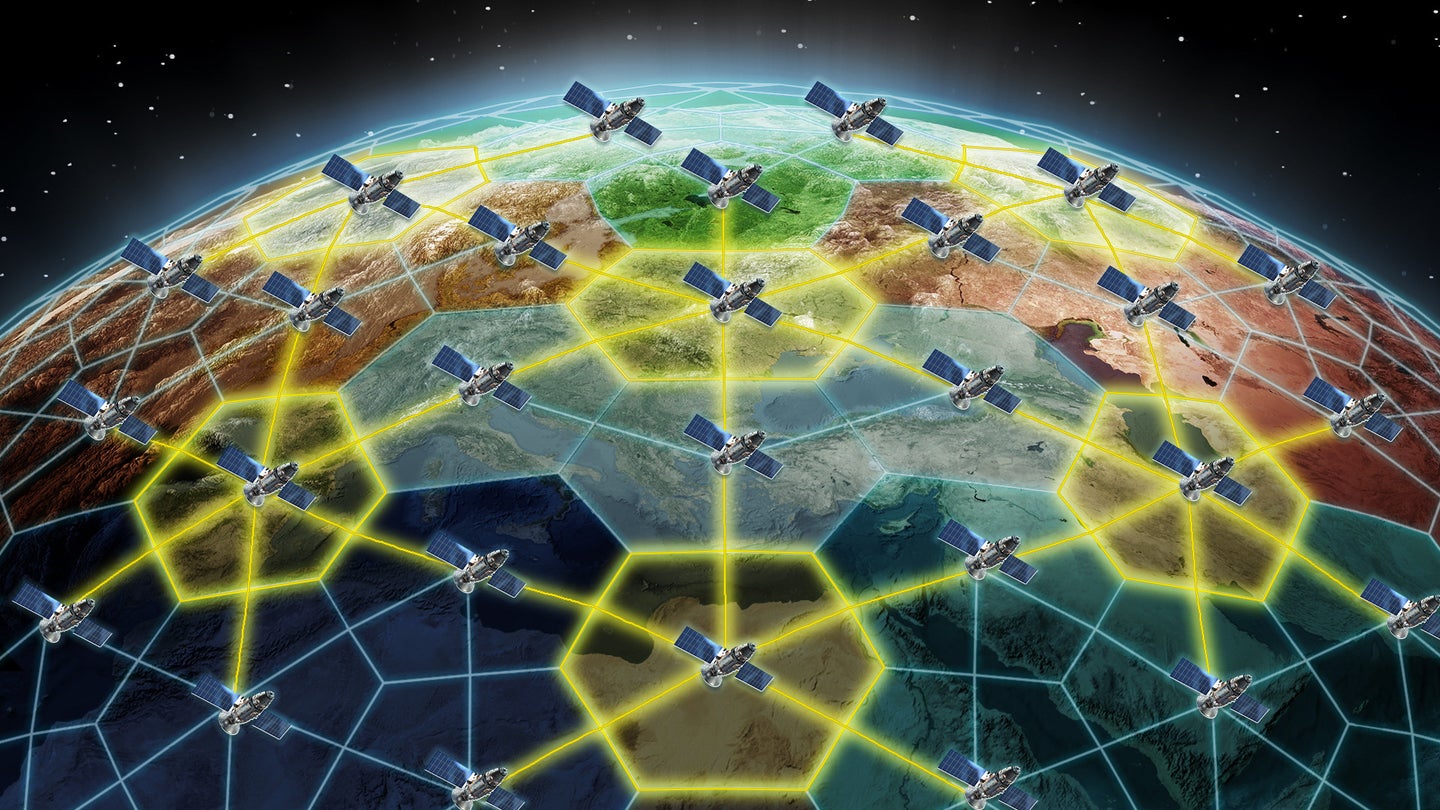 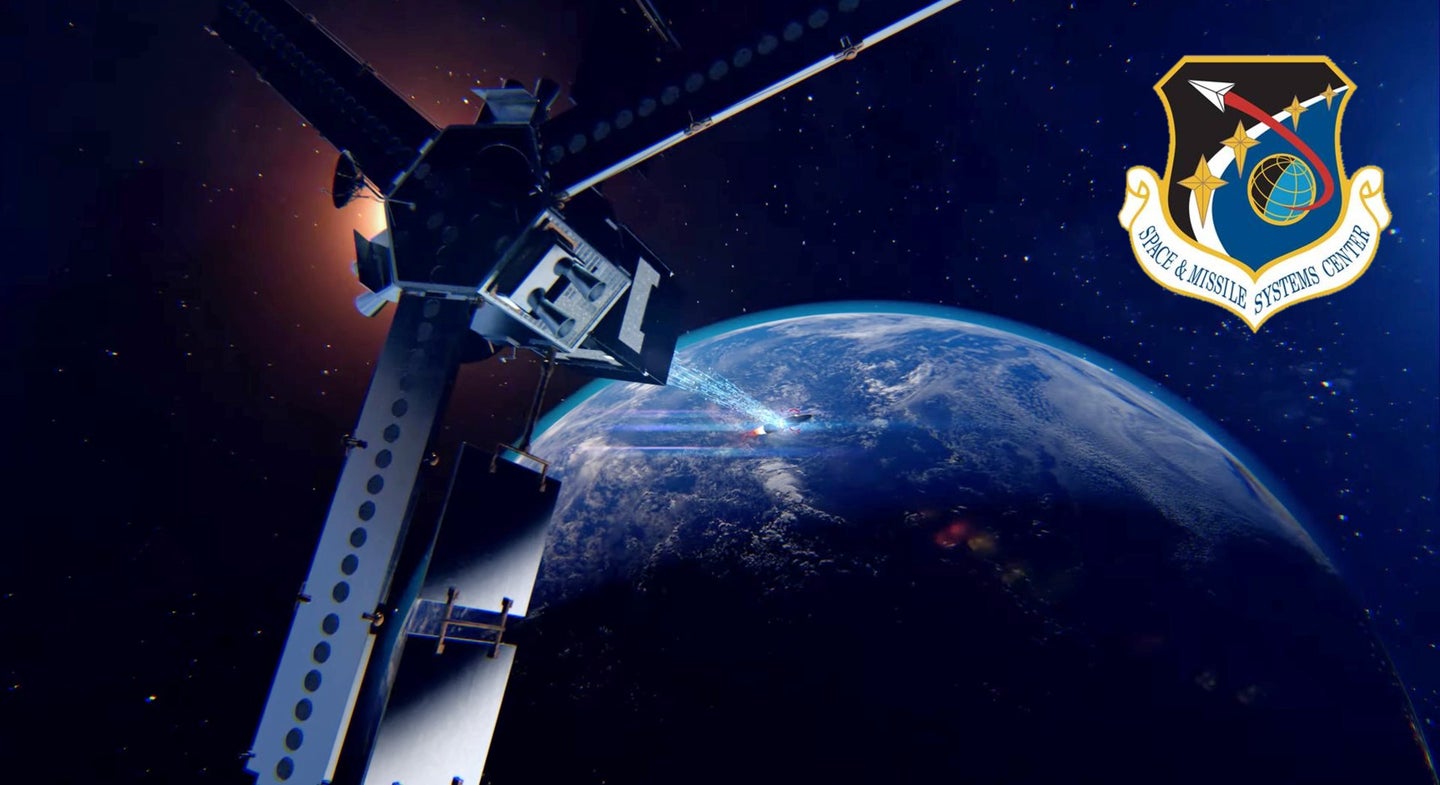 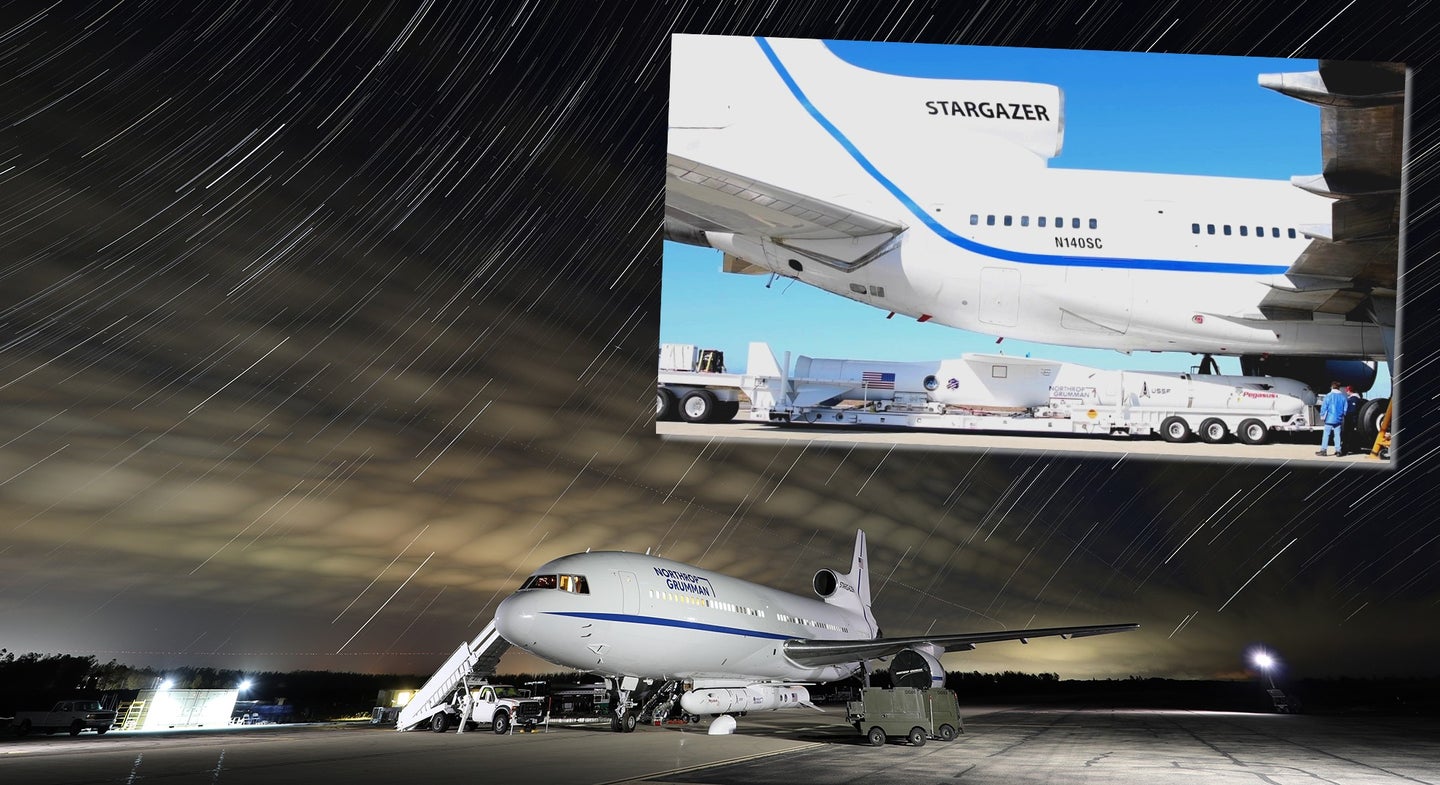