Red 6, a company that aims to completely upend how America’s tactical aircraft communities conduct air-to-air combat training through the use of augmented reality, or AR, has made new progress in the development of the software and hardware that make up its novel system. The firm recently demonstrated the ability to conduct training sorties that pit a real pilot against multiple simulated adversaries, as well as work with a friendly virtual wingman to engage a single mock threat, rather than just one-on-one engagements. The pilot “sees” these other synthetic “aircraft” through an AR headset, the design of which continues to become more capable, but also smaller, and is now able to fit entirely under the visor of a fighter pilot’s helmet.

Dan Robinson, the founder and CEO of Red 6, who is also a former U.K. Royal Air Force (RAF) pilot and the first non-American to get behind the stick of an F-22 Raptor stealth fighter, shared details about these achievements and talked about where his company is looking to take its work in the future with The War Zone on the sidelines of the Air Force Association's annual Air, Space, and Cyber Conference yesterday. You can read more about Red 6's history and its vision in this past War Zone feature interview with Robinson.

Red 6 has already made important strides in the development of its technology in recent years. In August, the company announced that the Air Force had awarded it a Small Business Innovation Research (SBIR) contract, worth up to $70 million over the next five years, to continue work on "commercialization" of its artificial intelligence (AI) driven Airborne Tactical Augmented Reality System (ATARS).

A pilot being able to use ATARS to interact with multiple simulated aircraft at once is an important step forward in that direction. While it is certainly impressive for a human being wearing the headset to be able to square off against a single mock opponent in this hybrid real-world/virtual training environment, a capability the company first demonstrated last year, it is hardly representative of what actual aerial combat would look like.

This would be especially true with regard to training meant to simulate higher-end air operations against a potential peer adversary, such as China. Red 6’s Robinson specifically highlighted how a potential major conflict with the People's Liberation Army (PLA) would include a large number of hostile fighters, including advanced types such as the stealthy J-20, as well as dense integrated air defenses and other threats. He also noted that his company is now able to add surface-to-air missiles into the AR training environment, in addition to enemy jets, further adding to the overall realism of the simulated threat picture.

Beyond threats, Red 6’s system now also allows real pilots to work with simulated AI-driven wingmen in AR, allowing for two-on-one engagements with mock hostile aircraft. In the past, the company had said it was able to insert friendly aircraft, including tankers, into this synthetic training, but pilots were only able to conduct general flight maneuvers in relation to them. Red 6 plans to continue working to add more types of assets — in the air and on the surface — to its simulations as time goes on.

As work on the software-based components of Red 6’s system has progressed, so has the development of the actual AR goggles that are key to the entire thing. Robinson told The War Zone the headset’s design is capable of displaying increasingly higher fidelity visuals and is otherwise becoming more powerful, while also becoming smaller and generally easier to manage. The latest iteration of the design is notably entirely self-cooled, whereas earlier versions had been connected to an external cooling system. This has helped to make it compact enough to go under the visor of a pilot's helmet instead of a more clunky add-on peripheral.

Red 6’s Robinson says his company’s ultimate goal is to provide an AR-enabled hybrid training environment that is so robust and comprehensive that the Air Force, or any other future customer, would never need to have a physical aircraft fly in a “red air” adversary role again. He described this vision as essentially being an extremely high-fidelity synthetic training capability similar to the one described in the novel Ender's Game and depicted in the 2013 movie adaption, as seen in the clip below.

The core issue that Robinson sees going forward when it comes to air-to-air combat training is an inability to scale up actual red air capacity to support scenarios that accurately represent high-end conflicts. He described a current reality in which there is a “chronic undersupply” of adversary capacity, but also a “massive demand signal” that military air arms such as the U.S. Air Force cannot reasonably expect to fill through a mix of their own organic manned and unmanned aircraft supplemented by contractor-operated jets. He noted that this would be especially true in the future, as the need to give pilots the opportunity to face advanced stealthy fifth-generation threats continues to grow. This is something The War Zone

has touched on separately in the past.

While Robinson acknowledged that ground-based simulators would continue to be an important part of the overall air-to-air combat training picture, he said those systems cannot fully recreate the “cognitive load” and other stresses that a pilot experiences when flying a real airplane. This, in turn, inherently limits how realistic the training they provide can be.

In addition, the Red 6 founder and CEO pointed out that the company would provide a way for services such as the Air Force to get the very most out of what could be limited non-combat flying hours for individual pilots. An AR-enabled system could allow for even the most routine training sorties to include a large number of simulated aircraft, providing opportunities for more regular large force exercises without the costs and complexities required to get high numbers of real planes in the air together.

At the same time, there have been some suggestions that an AR-enabled training environment might offer more capability than is actually necessary, especially given the expectation that many air-to-air engagements in the future will be fought at beyond visual range (BVR). Other companies are working to expand their abilities to simulate a variety of threats synthetically in real-world training, but without the kind of direct visual representation that Red 6’s AR system offers.

Robinson countered by explaining that while future aerial combat will certainly involve a significant number of BVR engagements, the overall volume of aircraft in the battlespace, especially in a high-end conflict, means that visual-range engagements are inevitable. As a result, “we better know what we're doing within visual range,” he said.

It remains to be seen, of course, whether Red 6 can meet these ambitious goals. The recent contract award from the Air Force makes clear that there is substantial interest now in what the company is developing, which offers the potential for massive cost savings to the service over its current mix of air-to-air training capabilities. It could help free up fighters, especially advanced fifth-generation ones, and their pilots from having to spend valuable time acting as aggressors, too.

Red 6’s AR technology could also have future applications beyond air-to-air training, as well. Earlier this year, a number of Air Force pilots had the opportunity to experience what the system has to offer, with the service specifically highlighting how it could be useful for B-1 bomber pilots to conduct aerial refueling training without any need for actual tankers, which are always in high demand.

There is the also potential for personnel in the air, as well as at sea and on the ground, to interact with simulated assets and each other in future exercises using this system.

Right now, Red 6 is set to begin integrating its training system onto one of the Air Force's T-38 Talon jet trainers as part of its SBIR contract, with future plans to install it onto an F-16 Viper fighter jet, as well. The company has been conducting its own flight testing using a modified piston-engine Berkut aircraft.

“We are excited to continue to grow our presence within the U.S. Air Force as we harness the power of our one-of-a-kind technology in support of the warfighter,” Robinson said in a press release regarding the contract award in August. "I couldn’t be more excited for our future warfighters, as the adoption of the Red 6 technology will dramatically improve the quality of training that they will receive. We owe it to them to continue to innovate so they remain the best trained and best-equipped warfighters in the world."

Red 6 has already been able to advance the state of its potentially game-changing technology relatively quickly in recent years. It will be very interesting to see where the company can take it now with substantial cooperation and financial backing from the Air Force. 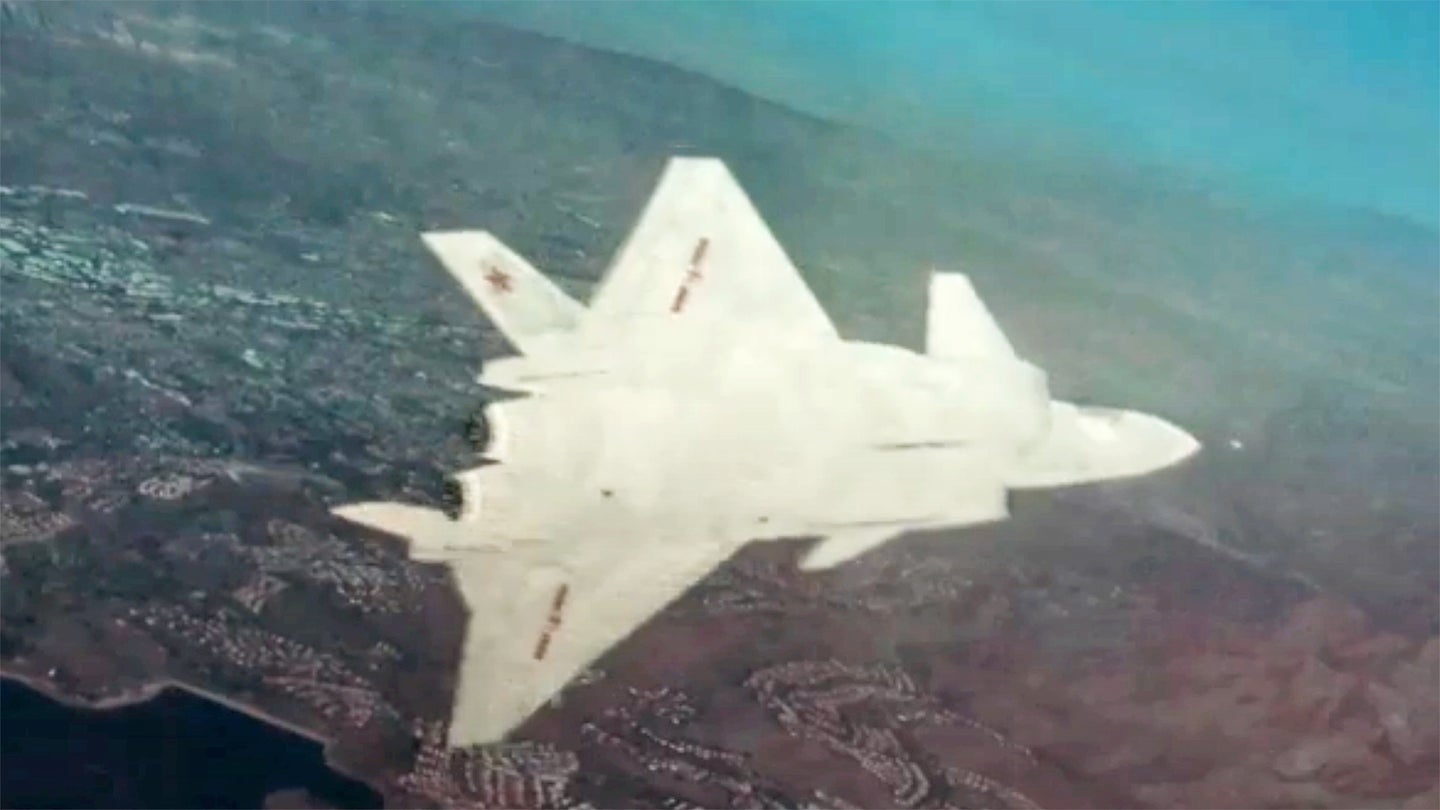 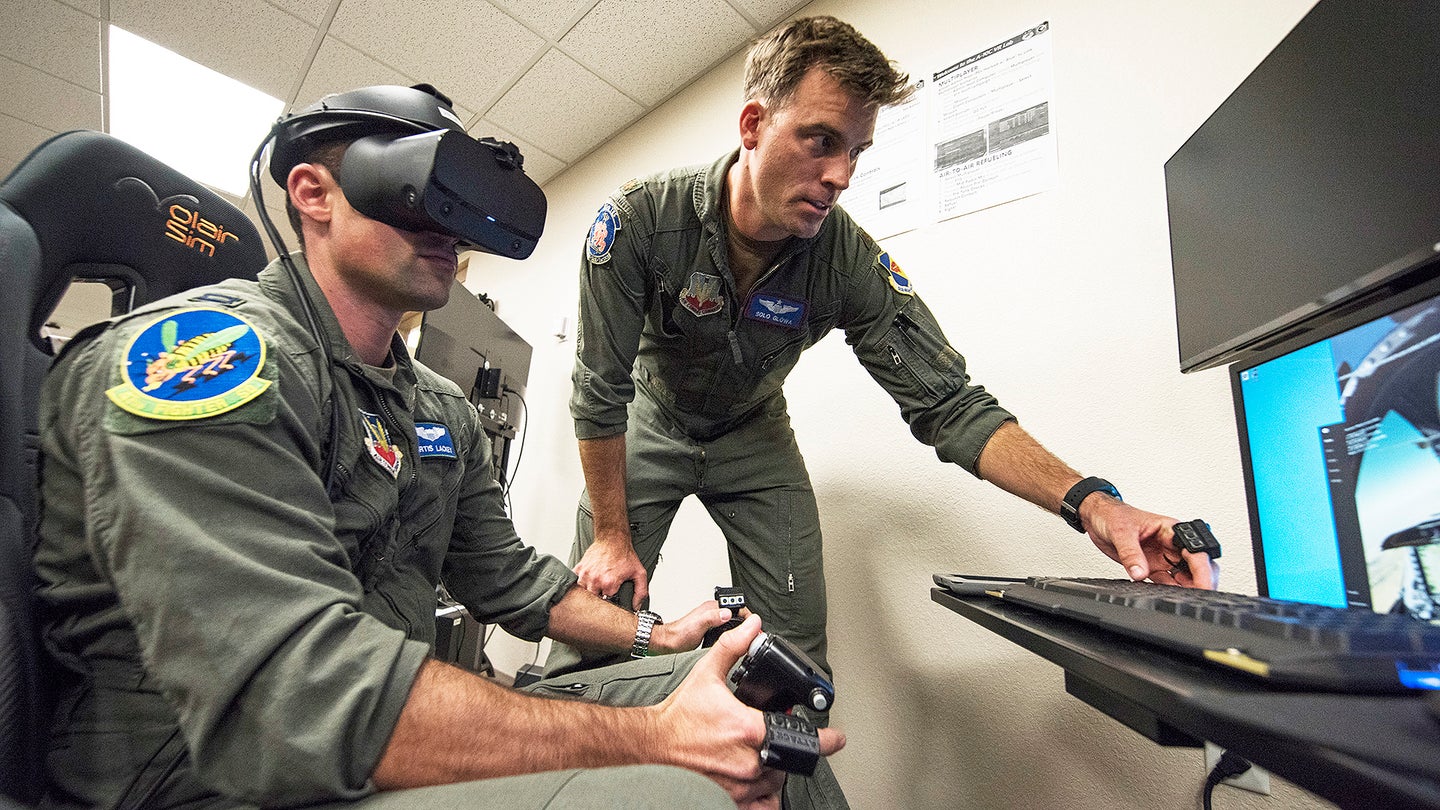 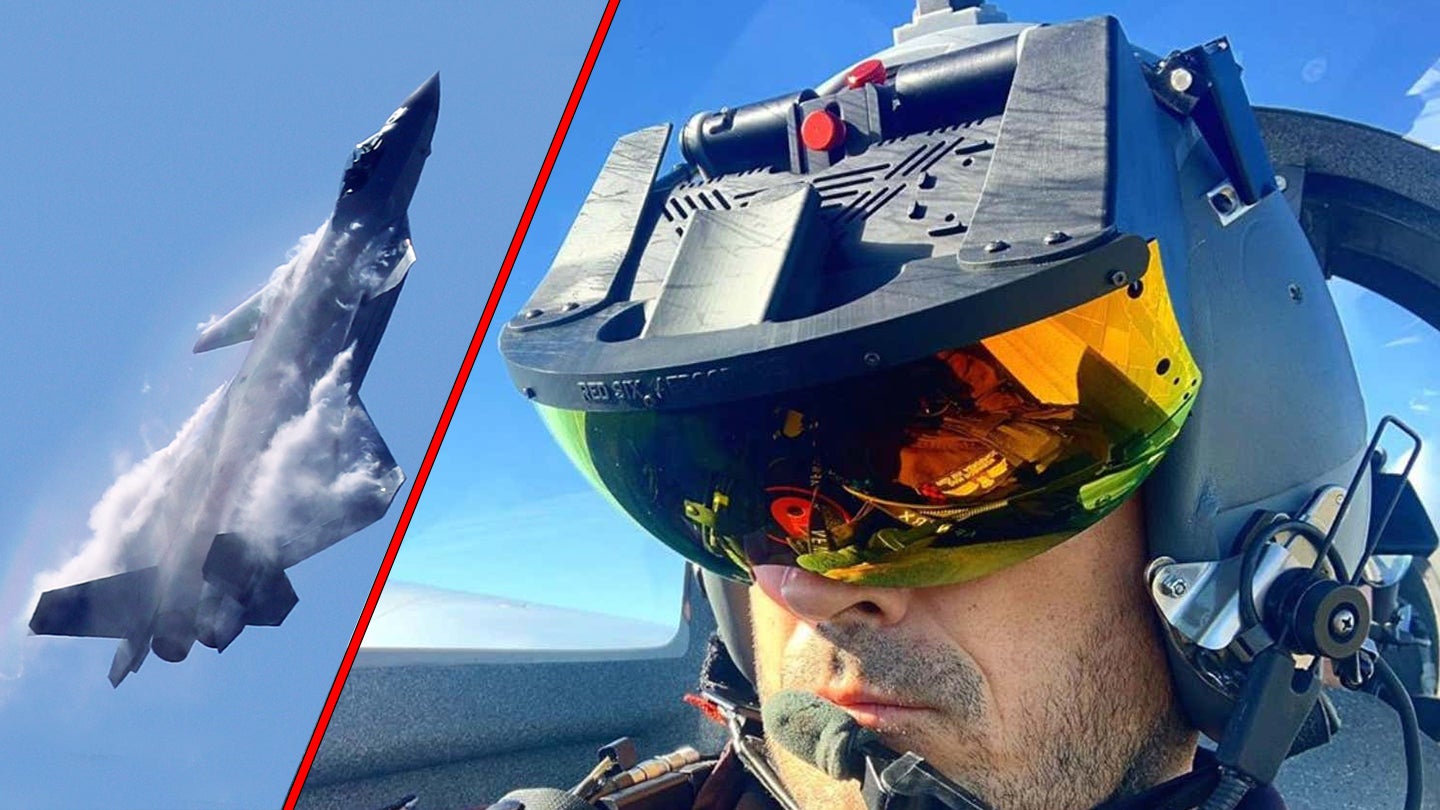