Boeing has shown off a new long-range air-to-air missile design at the Air Force Association's annual Air, Space, and Cyber Conference, which opened today. The weapon, referred to as the Long-Range Air-to-Air Missile, or LRAAM, has a two-stage configuration with a "kill vehicle" attached to a booster section that falls away after it is burned out, something that has been seen in previous U.S. military air-to-air missile concepts.

A Boeing representative told The War Zone that the company had crafted the LRAAM design in response to a so-called Broad Area Announcement (BAA) from the U.S. Air Force Research Laboratory (AFRL) last year that asked companies to submit ideas to meet a host of advanced technologies desired for future long-range air-to-air missiles. AFRL said design submissions could be based around single and multi-stage rocket motors, as well as air-breathing engines, such as ramjets. However, it added that it was particularly interested in, among other things, throttleable “multi-pulse solid rocket motors” and novel “propellants, grain configurations, cases, and liners” that would be able to deliver greater speeds, as well as ranges, compared to existing weapons, such as the AIM-120 Advanced Medium-Range Air-to-Air Missile (AMRAAM).

Boeing said that LRAAM, which is very much still in the conceptual stage of development, is focused mainly the "boosted" propulsiton aspect of the design, in which the rear section, which has a body very similar to that of the kill vehicle attached in front, provides an initial burst of speed and carries the entire weapon out to a certain range, at which point it falls away. Another rocket motor in the front section would then ignite and propel it during the remainder of its flight.

The kill vehicle and booster bodies, which share what appears to be an identical core shape, are not directly based on any existing Boeing design, the company representative told us. Using the same basic body design for both sections would help give it a more uniform form factor and could help simplify production and keep costs down.

The weapon also leverages technology Boeing developed for separate projects and work on the concept has made use of new digital engineering and design techniques, which are becoming increasingly popular, in general, among American defense contractors and within the U.S. military itself.

Given the weapon's early state of development, there is limited information about LRAAM's expected performance and other capabilities. However, the concept, overall, is supposed to provide a missile that has significant speed and range, as well as a high degree of maneuverability in the terminal stage of an engagement. The expected added ability to maneuver comes from using a separate kill vehicle, which reduces drag and weight compared to a similarly sized single-stage weapon throughout its flight.

The term "kill vehicle" here may also indicate a hit-to-kill design that uses the sheer force of impact to destroy the target, rather than a warhead. Not needing a warhead would allow Boeing to optimize the weapon's fuel capacity and maneuverability, while also keeping the overall package relatively small.

It is also worth pointing out that this configuration opens up the possibility of using the front section by itself as a weapon for shorter-range engagements. Depending on the exact size of something like LRAAM's kill vehicle, it might also be of interest as a compact missile that stealthy aircraft could carry internally in greater quantities than existing designs, such as the AIM-120. It's not clear whether or not the design allows for more than one booster to be used in combination with a single kill vehicle.

Boeing also specifically said that it was their view that LRAAM would not compete with existing air-to-air missile programs of record, indicating that the company sees this weapon as providing an added capability for the Air Force, rather direct replacement for any other design. This would make some immediate sense given that the AIM-260 Joint Advanced Tactical Missile (JATM), a separate effort that the Air Force is working on with the U.S. Navy, is intended to be, at least in part, a direct replacement for the AIM-120.

In addition, the Air Force has made clear in the past that AIM-260 is unrelated to another advanced air-to-air missile project, called the Long Range Engagement Weapon (LREW), a project that had been run through the Office of the Secretary of Defense. Previous LREW concept art also showed a two-stage missile design, one that was depicted as being small enough to fit inside an F-22 Raptor stealth fighter's main internal weapons bay.

All of this could also point to LRAAM, or other air-to-air missile projects AFRL may be looking to support through this technology development effort, having a distinct mission set from the future AIM-260 and the existing AIM-120. Over the past two decades, the Air Force has worked, sometimes in cooperation with the Navy, on at least three different programs to develop a very long-range air-to-air missile, but one that would also be able to function as anti-radiation missiles to engage air-defense radars and other emitters on the ground. You can read more about all of these developments here. LRAAM seems optimized for air-to-air target sets alone.

It's also interesting to note that, earlier this year, it emerged that the Air Force was looking to integrate a new "outsize … air-to-air" missile onto its forthcoming F-15EX Eagle II aircraft. Though no further details were provided about this weapon, it seemed highly unlikely that this was a reference to the AIM-260, which is expected to have a general form factor similar, if not identical, to the existing AIM-120. The AMRAAM is certainly not an outsized design. This, in turn, has prompted discussion about whether this might point to continued work on LREW, or a follow-on project. As already noted, LRAAM would, in many ways, seem to suggest it is related, at least tangentially, to these other past long-range air-to-air missile developments.

Regardless, the demand within the Air Force, as well as the Navy, for longer-ranged air-to-air missiles is only increasing. It is known that China's PL-15, analogous in very broad strokes to the AIM-120D variant of the AMRAAM, was a key factor behind the start of the AIM-260 program. Pictures have previously emerged of a Chinese J-16 Flanker fighter jet carrying a much larger air-to-air missile, which could be intended to bring down American airborne early warning and other similarly high-value supporting aircraft, such as tankers and intelligence gathering platforms, at extreme ranges.

It would not be surprising for the Air Force to be now looking to adopt its own similar mix of longer-range air-to-air missiles.

With Boeing's LRAAM in such an early stage of development, and it being in response to a broad Air Force technology development effort, the missile's design may well change significantly as time goes on or see certain features leveraged to support work on other weapon concepts. Regardless, it does seem to reflect another distinct category of air-to-air weapon that the service feels will be an important addition to its future aerial arsenal. 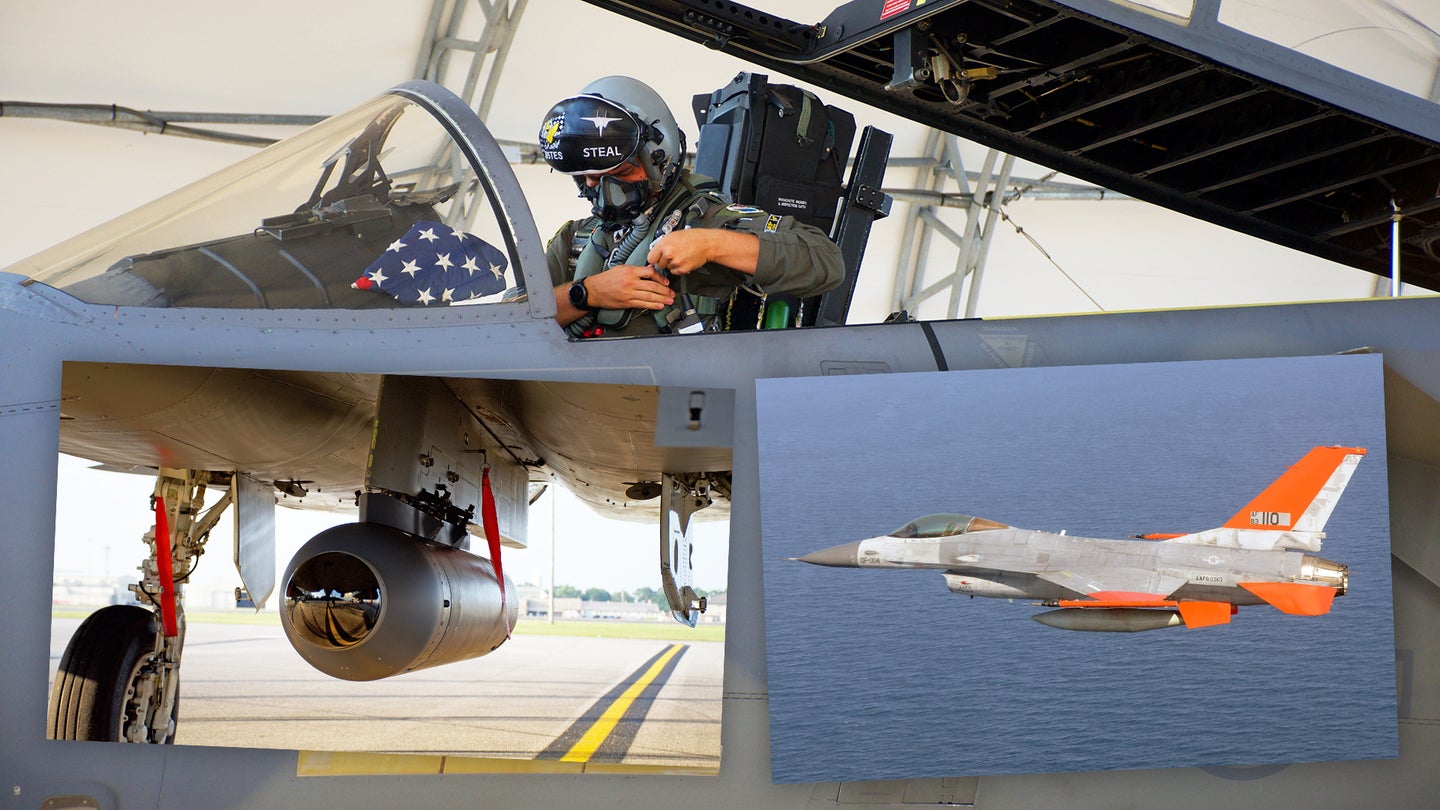 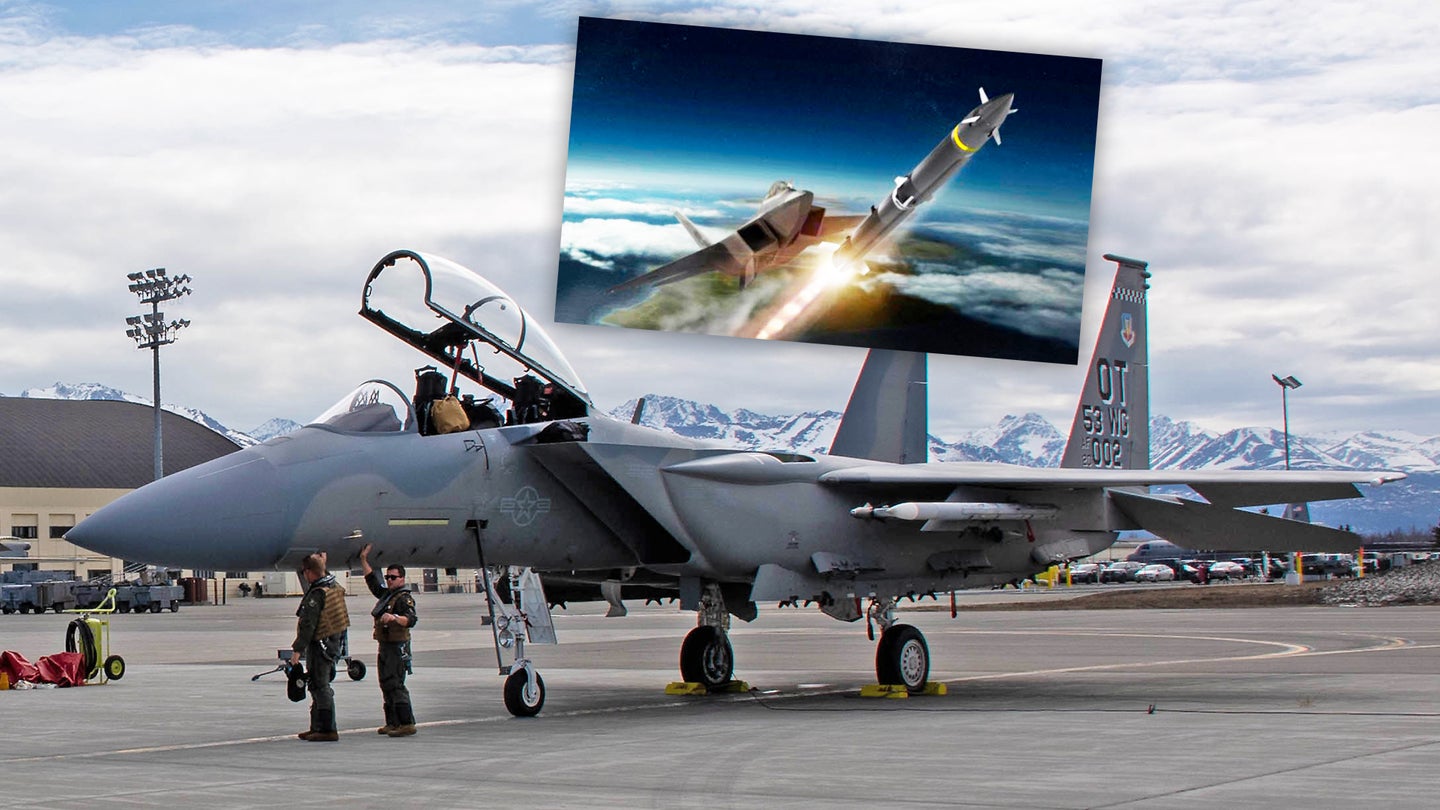 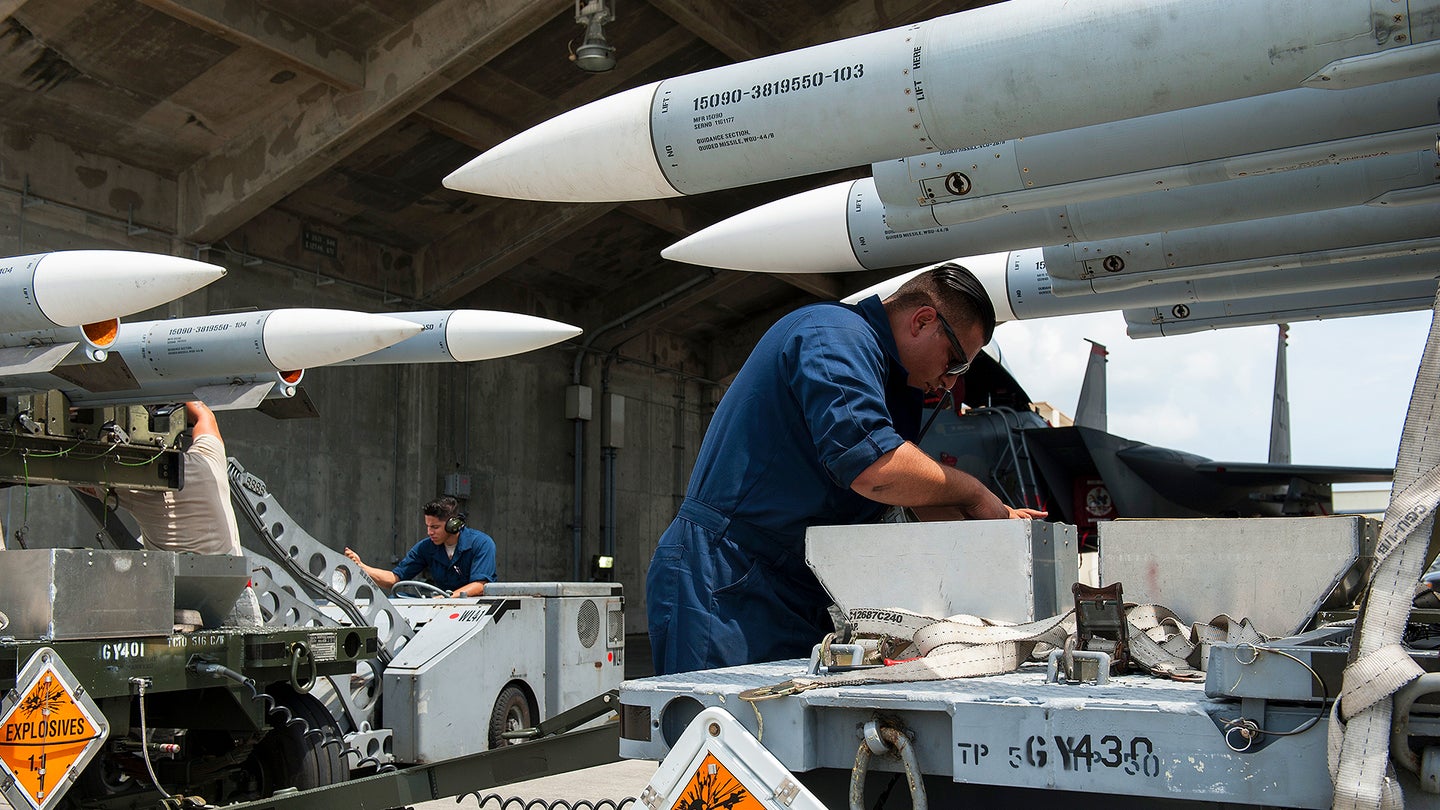