Images of a parachute caught up in power lines were seen after the crash and the pilot is now in critical condition. 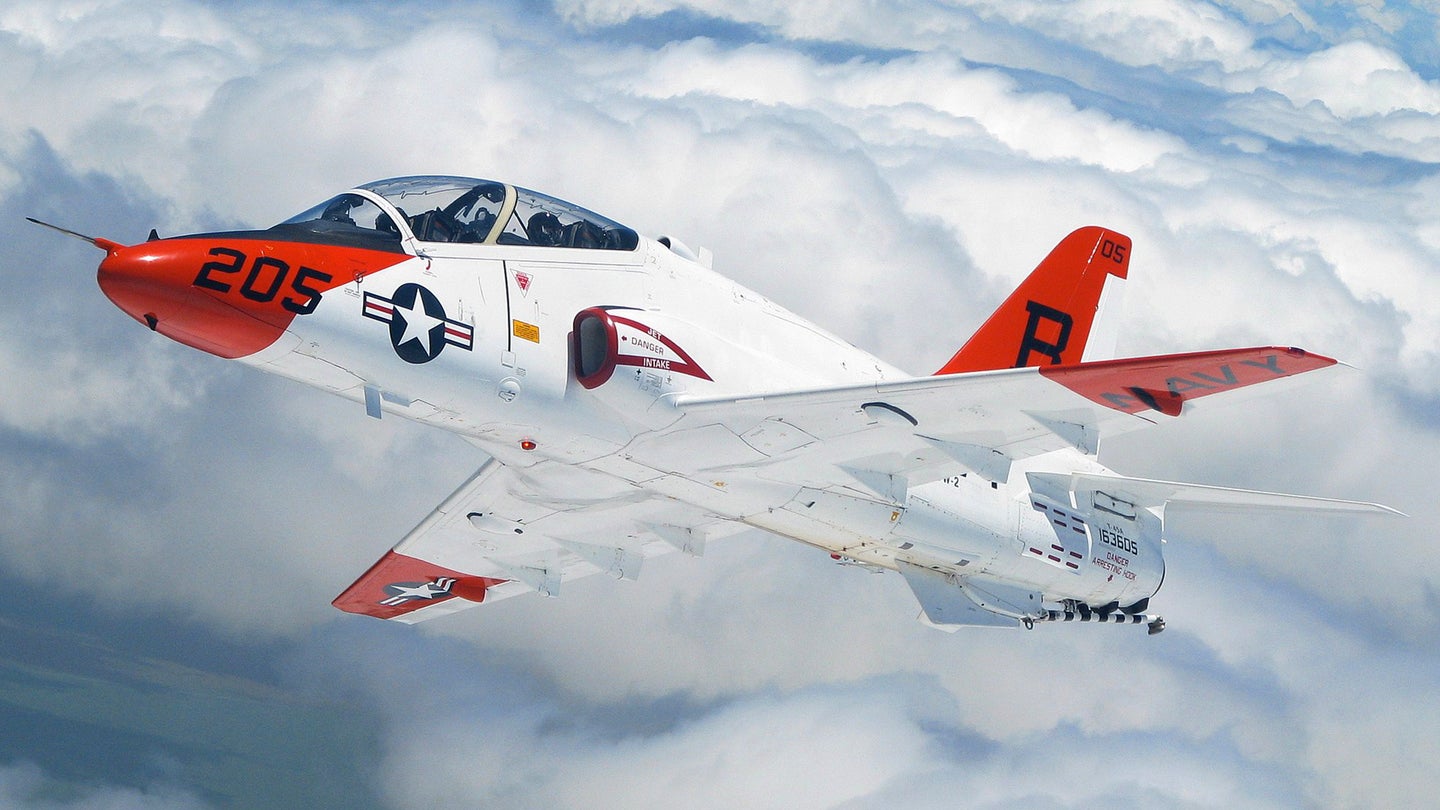 A T-45 Goshawk jet trainer from Training Air Wing Two at Naval Air Station Kingsville crashed into a residential area in Lake Worth, Texas yesterday at around 11:30 AM. Both crewmen, an instructor pilot and a student, managed to eject, with the instructor landing in a wooded area without life-threatening injuries. The student pilot fared worse, having been entangled in power lines and electrocuted following the ejection sequence, according to a report from the local CBS affiliate, Channel 11. As a result, the student is now in critical condition at Parkland Hospital in Dallas. A parachute could be seen hanging from power lines in bystander images from the scene.

Three homes were also damaged in the incident and three other people on the ground received minor injuries, which may be a miracle in itself considering the area where the aircraft impacted. Lake Worth is a suburb of Fort Worth and lays on the western end of the Dallas area's urban sprawl.

The crash happened just a couple of miles from Naval Air Station Joint Reserve Base Fort Worth. The aircraft was on a standard cross-country training flight. Visits to the nearby base are common for these types of sorties.

CBS 11 interviewed some of the witnesses that got a very up-close look at the incident and its aftermath:

CBS 11 spoke with witnesses from Lake Worth who said they first thought they were under attack. “I was driving down the road right here, and a jet flew over and a cockpit piece flew and hit my car,” said witness Christ Kurland. Another witness, Anthony Brown described the moment he saw the plane coming down, and his immediate reaction. “I kept asking [the pilot] if he was ok… he kept saying ‘no,’ that was his answer to everything. He was just in shock.”

Navy tactical jet aircrews train for the possibility of major complications during an ejection, including being hung up in trees and power lines, but there isn't much one can do during a low-altitude ejection to avoid such perilous obstacles. We also don't even know if the student was conscious as they descended. Regardless, it is horrible to hear they were electrocuted. We wish them a quick recovery.

It has been a rough year for the T-45 community, and today’s tragic news sure doesn’t help.