Damaged B-2 Moved To A Hangar Days After Skidding Off Runway, Airspace Restriction Lifted

After having airspace within miles of it restricted for nearly three days, Whiteman AFB is back open again and the stricken B-2 has been secured. 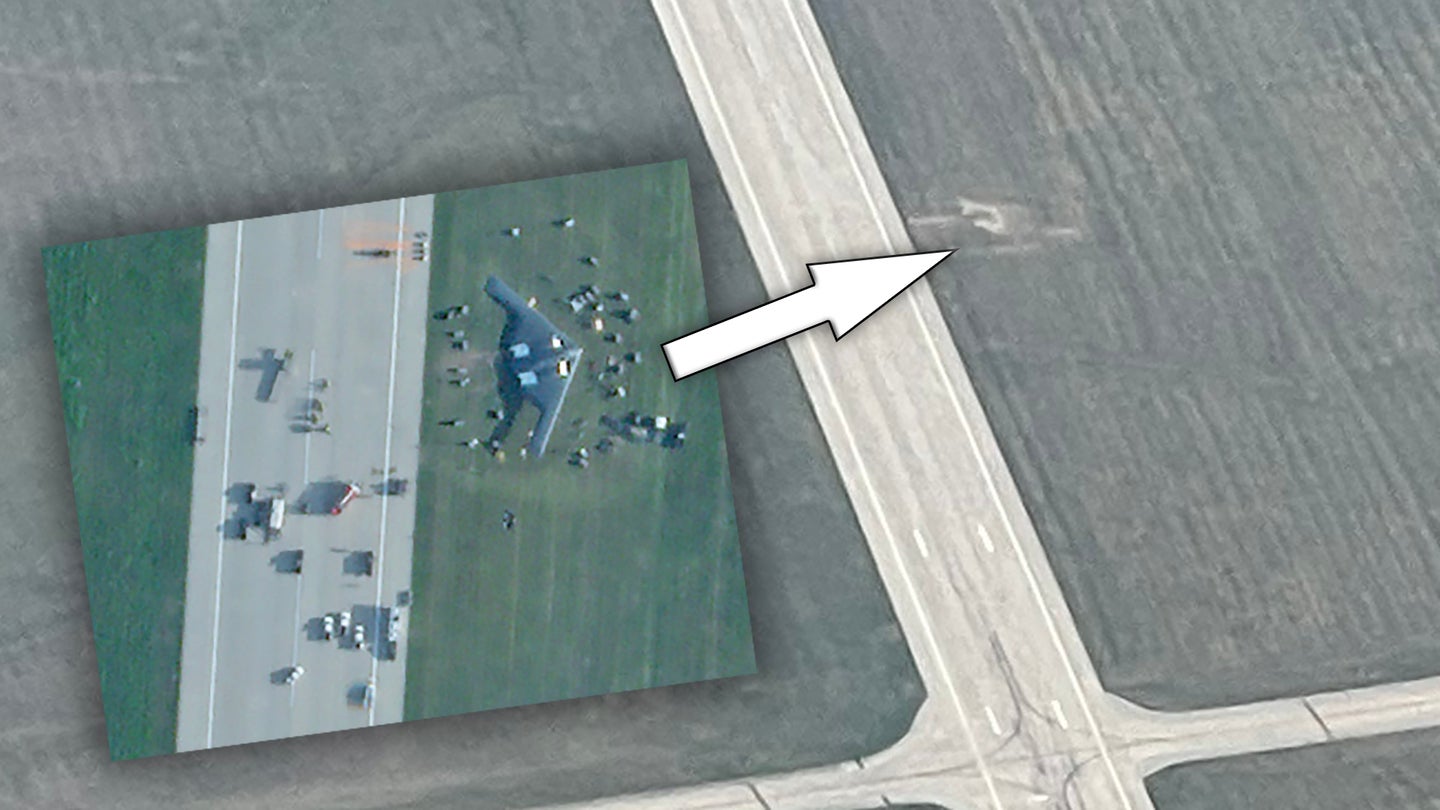 After being damaged during an emergency landing that saw the bomber depart the runway Whiteman AIr Force Base in Missouri in the wee hours of the morning on Tuesday, September 14th, a stricken B-2 has finally been moved off the grass and into a hangar. The prized stealth bomber had come to a rest on its wing following an apparent main landing gear collapse after experiencing a major malfunction in flight. A temporary flight restriction was put into place around the B-2's home base as recovery and investigative efforts following the mishap commenced.

Satellite imagery taken yesterday at around noon shows the damaged B-2 had been moved back onto the runway from where it had been resting adjacent to it.

Hours after the satellite image was taken, we were informed that the temporary flight restriction that had gone up around the base after the accident had been lifted, which we subsequently confirmed, and that the airfield was back in operation.

Images provided to The War Zone that were taken from a plane flying nearby on Friday, September 17th, confirm that the B-2 is no longer on the grass off to the side of the runway, on the runway, or anywhere else to be seen, for that matter.

We do know that this mishap did not involve a fire. Still, even if the damage is extensive, the USAF has a strong incentive to pay to fix the bomber, given the small size of the B-2 fleet, just 20 examples in existence today, and its strategic significance. The service has done just this in the past, paying approximately $105 million to repair one of these aircraft after it suffered a fire in 2010.

We will continue to keep you up to date as this story unfolds.

The image looks like the arrival of an ominous alien spaceship while also showcasing how complex the B-2’s smooth underside really is.