South Korea has followed up last week’s reported test of a North Korean land-attack cruise missile by announcing a raft of new weapons of its own, including what it describes as a “high-power” ballistic missile able to carry a heavier warhead than previous weapons. Also revealed today was a supersonic anti-ship cruise missile, which has also been successfully tested, and which apparently features a ramjet propulsion system. These were just part of a flurry of new details about South Korean missile developments, also including a new air-launched long-range cruise missile, while Seoul’s previously disclosed submarine-launched ballistic missile (SLBM) is now reported to have completed a full launch sequence.

Official videos were released today showing South Korea’s new ballistic missile, anti-ship cruise missile, and air-launched cruise missile. The disclosure of these South Korean missiles, and the recently announced tests, are the latest in a series of weapons developments on the peninsula in recent weeks, including underwater ejection tests from the same submarine announced earlier this month. Successful testing of North Korea’s new land-attack cruise missile was announced two days ago, and you can read more about its implications here. Meanwhile, only hours before Seoul announced its new weapons, North Korea launched two short-range ballistic missiles into the Sea of Japan.

Of the new South Korean disclosures, one the most impressive is certainly a sequence showing the so-called “high-power” ballistic missile. This is seen being fired from a ground-based mobile launcher at a coastal test facility — likely the Anheung Proving Grounds on the country’s west coast — before slamming into a target, scoring a direct hit on a red flag in the center circle.

The designation of the new missile has not been confirmed, but its appearance now tallies with earlier announcements regarding a ballistic missile that local media described (not accurately) as being “as powerful as a tactical nuclear weapon.” Missile experts including Ankit Panda, a senior fellow at the Carnegie Endowment for International Peace in Washington, D.C., suggest the new missile is the Hyunmoo 4 short-range ballistic missile (SRBM), a previously reported type, but one that has not previously been seen.

Meanwhile, South Korea’s recent budget proposal also includes a new ballistic missile capable of carrying a warhead weighing up to three tons, compared to the two tons for the Hyunmoo 4 short-range ballistic missile (SRBM), and with a range of between 220 and 250 miles (350 and 400 kilometers). According to reports, this new missile would be tailored to destroy hardened underground sites, including North Korea’s nuclear storage facilities, and may well be the missile revealed today, but that cannot be confirmed.

South Korea’s Ministry of Defense also announced its new supersonic cruise missile today, with the country’s Agency for Defense Development confirming that the development of the weapon was completed late last year.

“With improved speed, the new missile will make it very difficult for enemy warships to respond, leading to the missile’s higher survivability and destructive power,” a press release from South Korea’s Ministry of Defense explained. “It is expected to serve as a core asset to counter forces that approach our territorial waters.”

Another video released by the Ministry of Defense shows South Korea’s new supersonic cruise missile also being launched from a coastal test site, then climbing to a certain height, before the focus then shifts to watching it impact a naval target.

While no further details have been released regarding this missile, and its designation remains unknown, the weapon appears to have a similar configuration to the Russian Oniks/Yakhont anti-ship missile, and the Russian/Indian BrahMos that was developed from it. Oniks/Yakhont has an integrated ramjet engine fed by an annular air intake in the nose. The Russian weapon has a range of over 300 miles and can reach a maximum speed of Mach 2.8.

South Korea has already amassed a wealth of experience in designing and developing cruise missiles, starting with the Haeseong (Sea Star) series of anti-ship missiles on which work began in the mid-1990s, primarily to counter North Korea’s considerable numbers of small- to medium-sized naval vessels. These weapons have been adapted for launch from surface warships and submarines, from road-mobile trucks, as well as from F-16 fighters.

It’s unclear how the new cruise missile is expected to be employed. However, while previous South Korean anti-ship cruise missiles were turbojet-powered, it appears that the missile revealed today may employ ramjet propulsion, which should ensure it can fly considerably faster, making it harder for air defenses to defeat.

Of the other announcements from Seoul today, the apparent end-to-end test of the country’s indigenous, conventionally armed SLBM from the submarine Dosan Ahn Chang-ho is less of a surprise. The War Zone has looked at this unique weapon and charted its development path in the past and a test of this kind had been widely anticipated.

The missile has now completed an underwater test launch and, according to an official report, “flew a planned distance and precisely hit a target.” The fact that President Moon Jae-in was on hand to observe the latest SLBM test may well reflect the maturity of the weapon, which now might be expected to enter production and service relatively soon, based on previous reports.

The other major new missile announcement involves a new long-range air-to-surface missile, which has entered flight test, including a successful separation test. Accompanying video shows the missile, which features pop-out wings, and an apparently stealthy, angular body, being launched from a Republic of Korea Air Force F-4E fighter jet, with an F-15K acting as a chase plane to observe the test. The new missile is said to be intended to arm the new-generation KF-21 fighter jet that’s currently under development, and which you can read more about here.

Work on these South Korean ballistic missiles has no doubt been spurred by the lifting in May of bilateral guidelines that restricted the country’s development of weapons in this class. As a result, South Korea is no longer bound to successive range limits imposed under the agreement with the United States, which most recently limited a missile's range to 500 miles.

Ultimately, South Korea is now permitted to field missiles capable of reaching targets far beyond the Korean Peninsula, although the North clearly remains the focus of its attention. Nevertheless, some of these weapons, especially the supersonic cruise missile, could have broader regional significance and could contribute to South Korea’s ambitions to field a far more capable navy with greater reach and featuring aircraft carriers and improved submarines, in particular.

In the shorter term, however, for South Korea, these new missiles reflect an increased defense budget as well as the continuing effort to achieve greater military independence, rather than having to rely on the United States should it go to war with the North.

“The increase in our missile power can be a sure deterrent against North Korean provocations,” President Moon said in a statement today. Overall, however, while such weapons would clearly be useful in a war against North Korea, they also present a more general challenge to any opponent.

While South Korea does not have a nuclear capability, a wider range of long-range missile delivery systems provides more options should war break out on the peninsula, with North Korea, in turn, having to defend its strategic installations against different types of weapons with varying flight profiles.

At the same time, of course, North Korea is continuing to bolster its missile armory, with increasingly long-ranged ballistic missiles now apparently set to be complemented by nuclear-capable long-range cruise missiles, too.

Moreover, the timing of the South Korean announcements, and Pyongyang’s latest missile test, could also be related to the meetings between high-level officials in the region to discuss the stalled nuclear talks regarding North Korea. Those negotiations collapsed in 2019 during the U.S.-North Korea summit in Vietnam, after which Pyongyang has only ramped up its development of nuclear delivery systems and, apparently, its plutonium-production capacity, too.

This week, President Biden’s nuclear envoy, Sung Kim, is in Japan for talks with Japanese and South Korean officials, while the Chinese Foreign Minister Wang Yi is in Seoul to discuss the nuclear issue. While the Biden administration has signaled to Pyongyang that it’s willing to return to negotiations and lift at least some sanctions as part of a nuclear deal, North Korea has so far remained resistant to these overtures. As well as continuing work on these weapons, North Korea has repeatedly criticized military developments in South Korea, and its joint exercises with the United States. In the wake of today’s announcements from the South, Kim Yo Jong, sister of leader Kim Jong Un, criticized South Korea’s president and said the tests could lead to a “complete destruction” of bilateral relations.

All in all, the latest developments out of Seoul continue a period of fast-paced military competition between the two Koreas, with seemingly tit-for-tat announcements of new weapons and tests as part of an arms race that, currently at least, seems only to be intensifying. 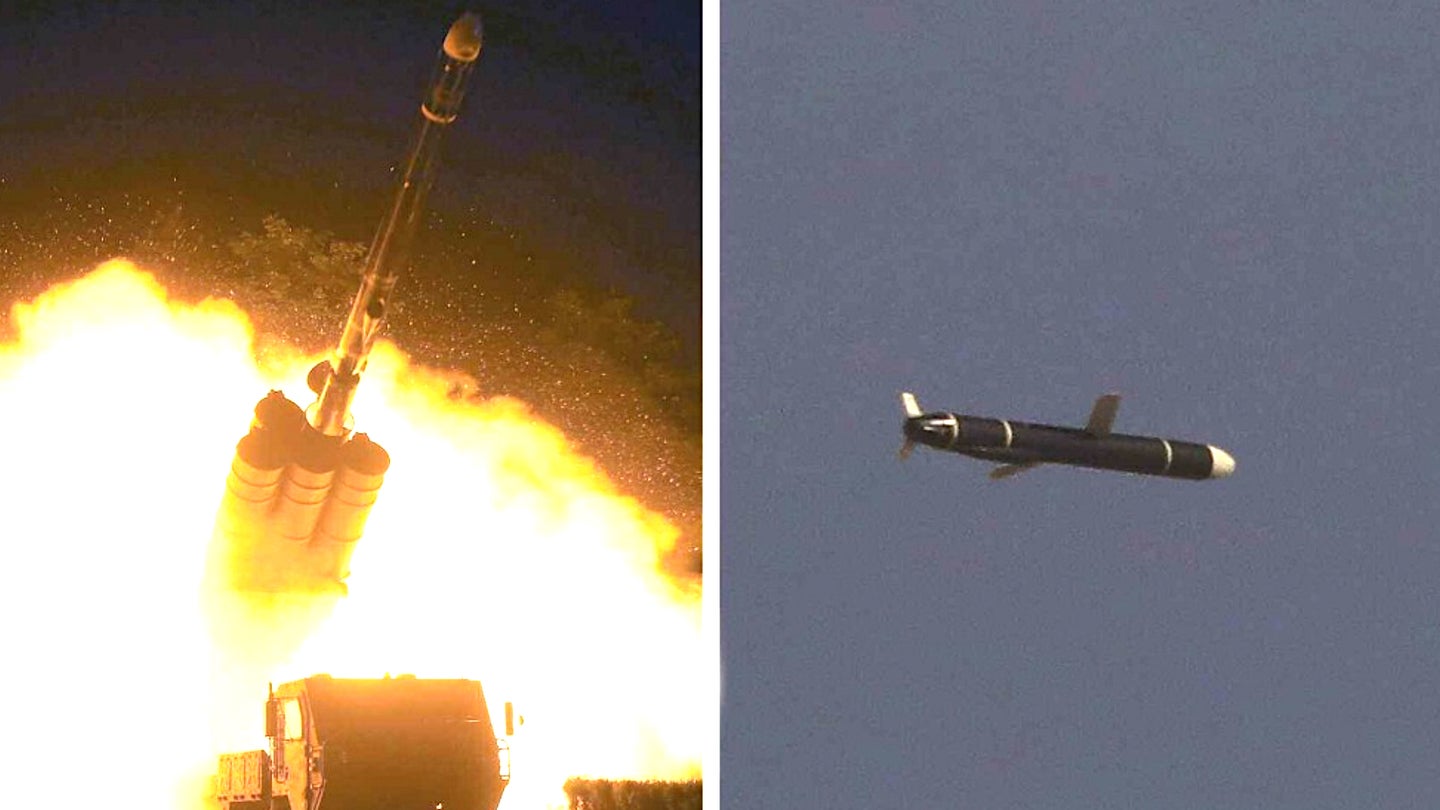 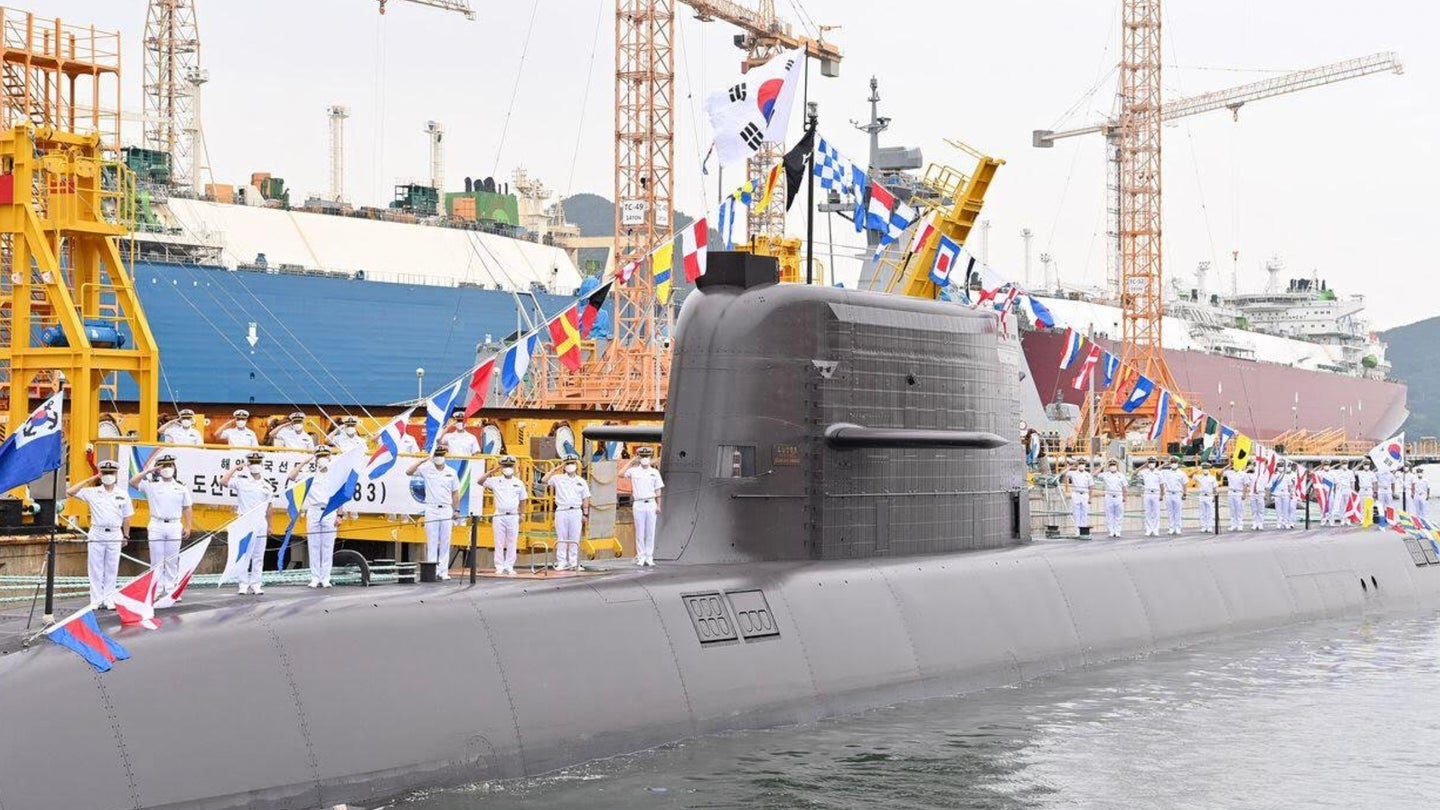 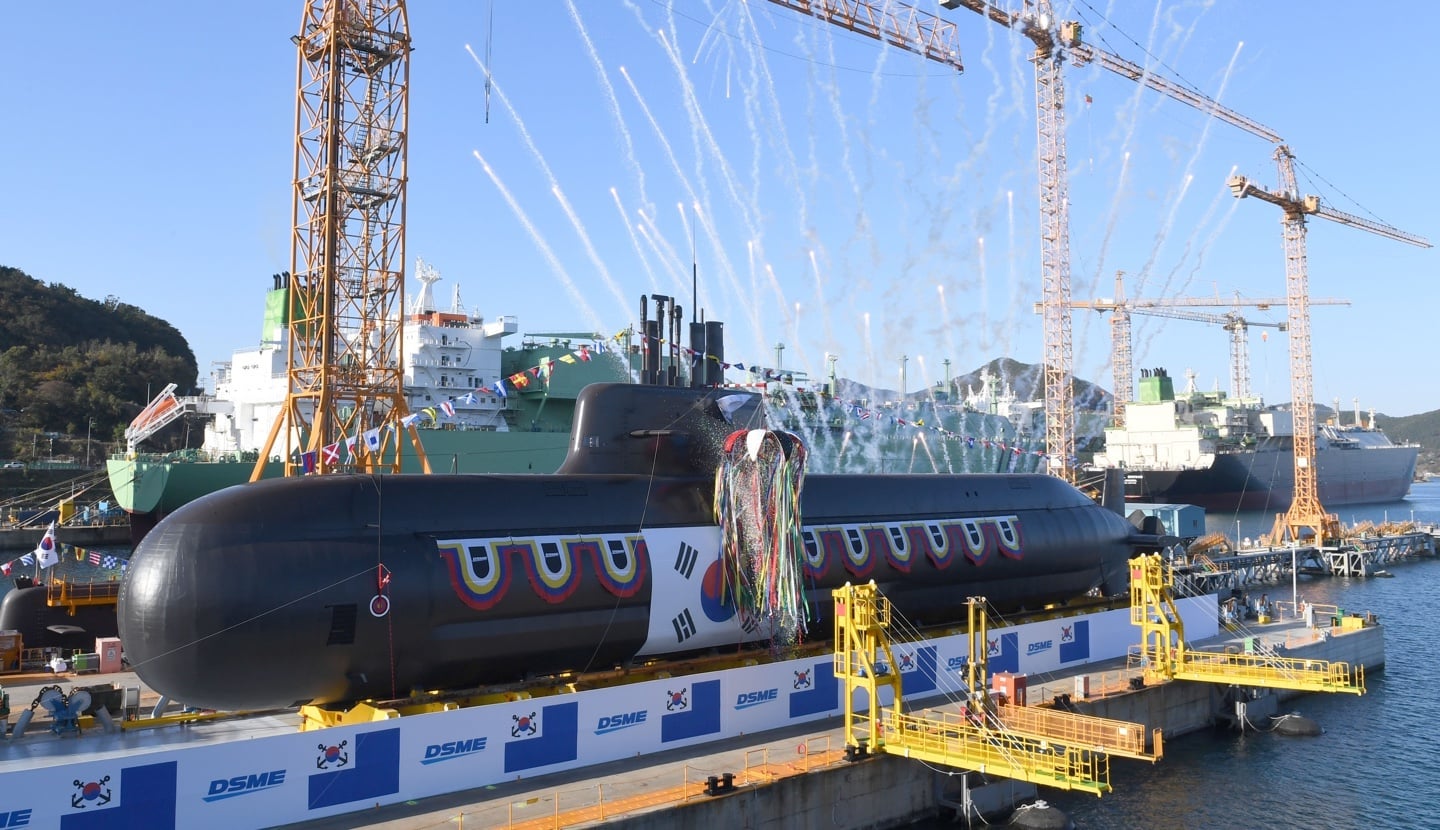