The U.S. Navy is accelerating its unmanned surface vessel initiatives seemingly on all fronts. While much of the latest integration testing of these new concepts, which range from tiny remotely controlled boats to far larger, missile toting, optionally manned surface vessels, have occurred off of Southern California, some of these capabilities will soon be put to the test in the Middle East as part of a new task force being formed under the 5th Fleet. Still, San Diego will remain the epicenter of the most advanced and cutting-edge testing.

As such, we are bound to see an increasing amount of bizarre-looking vessels with no humans onboard them coming and going from the picturesque bay. That was certainly the case today when a new mystery drone boat was spotted trolling around San Diego's wharf area and was subsequently photographed by @CJR1321, with those images being posted by our friend @WarshipCam.

As @WarshipCam points out in the tweet above, the unmanned surface vehicle in question was dubbed Catbus on MarineTraffic.com. As you can see, the little catamaran includes large solar panels and a host of antennas, radar, as well as what looks like possibly a small FLIR ball mounted in front of its mast. A flat, puck-like enclosure above the FLIR appears to also include fixed cameras for situational awareness and navigation purposes.

Catbus appears to be moored down at the harbor by Cesar Chavez Park, just on the northwestern side of the Coronado bridge.

It isn't clear if the mystery vessel is taking part in some sort of manufacturer trials or something having more to do directly with the U.S. Navy. Considering the locale, we can probably assume the latter.

It's also worth noting that Marinetraffic.com places Catbus at the Port of Melville about 18 days before appearing in San Diego. Melville is near Portsmouth, Rhode Island. Also located very close by is the Naval Undersea Warfare Center Newport, which is currently involved with a large number of unmanned naval initiatives, including those with the port security mission set.

As to who built this unmanned vessel or what exactly its mission is, we can't say definitively, but it is similar in configuration to other unmanned vessels we have seen, such as the Marine Advanced Robotics WAM-V family of USVs.

We are bound to learn more about this mysterious little USV. We will report back as soon as we do.

@CJR1321 went to check the drone boat out where it was parked and gained some great information to share, as well as some new shots. Here's the deal:

The ship is made by Raytheon and it is a prototype using a converted racing catamaran. They will test it in the ocean tomorrow.

Amazing stuff! A huge thanks to CJR1321 for putting in the extra legwork here. One would think the endurance is extremely long if it is solar-powered and that is some high-speed dash capability for a craft that is run on solar. It could be a very tough sonar picket node to contend with.

She left San Diego Bay and headed out into the Pacific for trials today and in doing so hit a speed of 17.5 knots according to Marinetraffic.com: 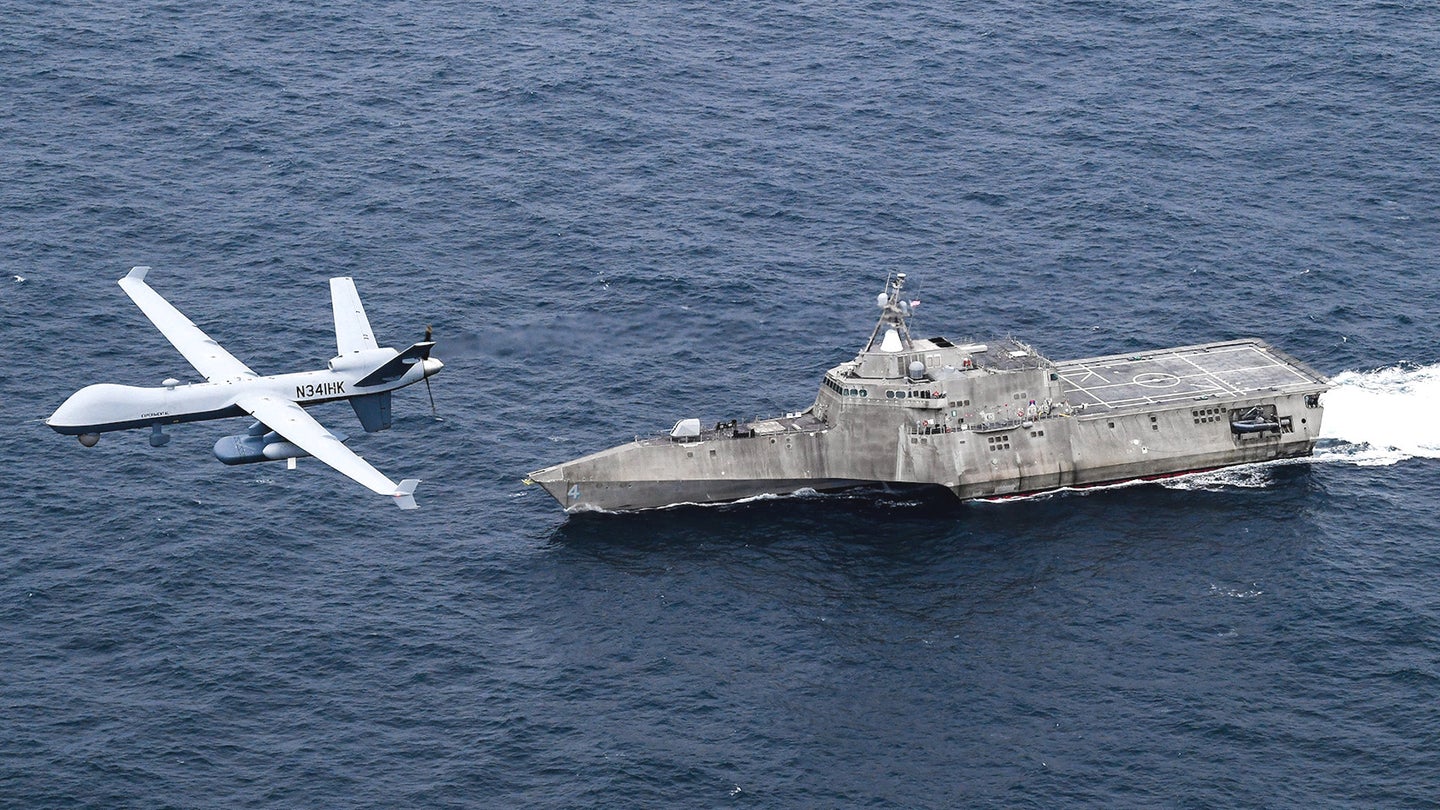 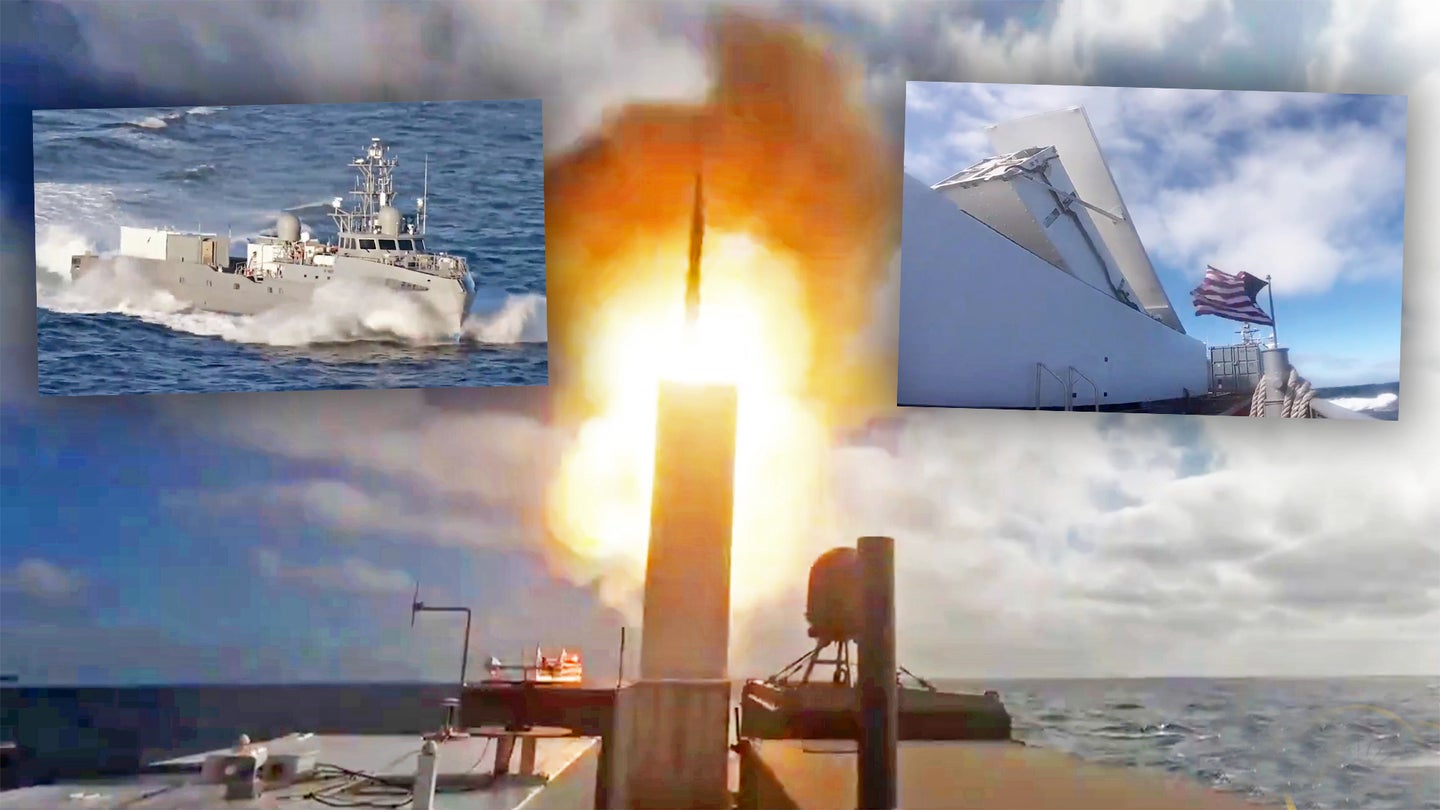 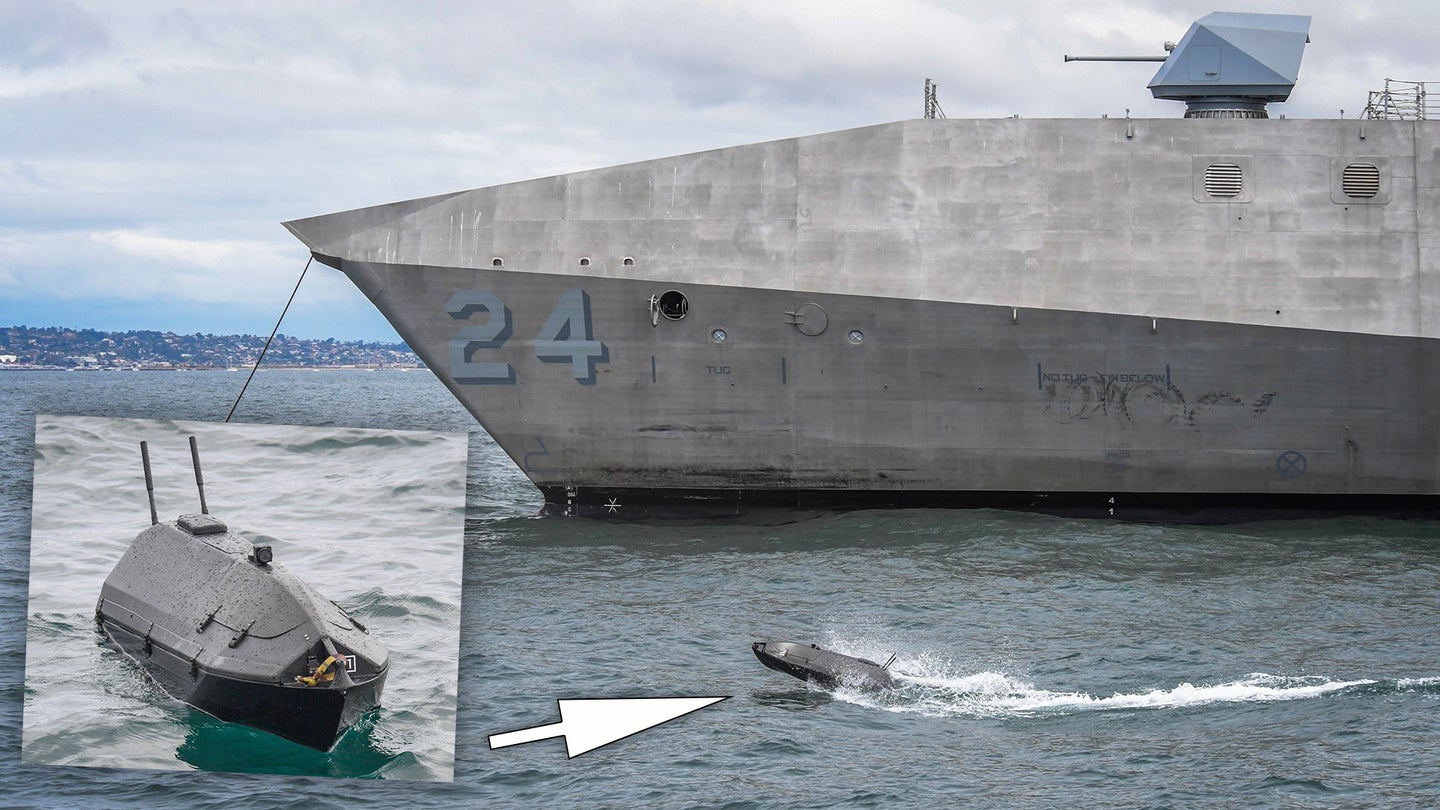 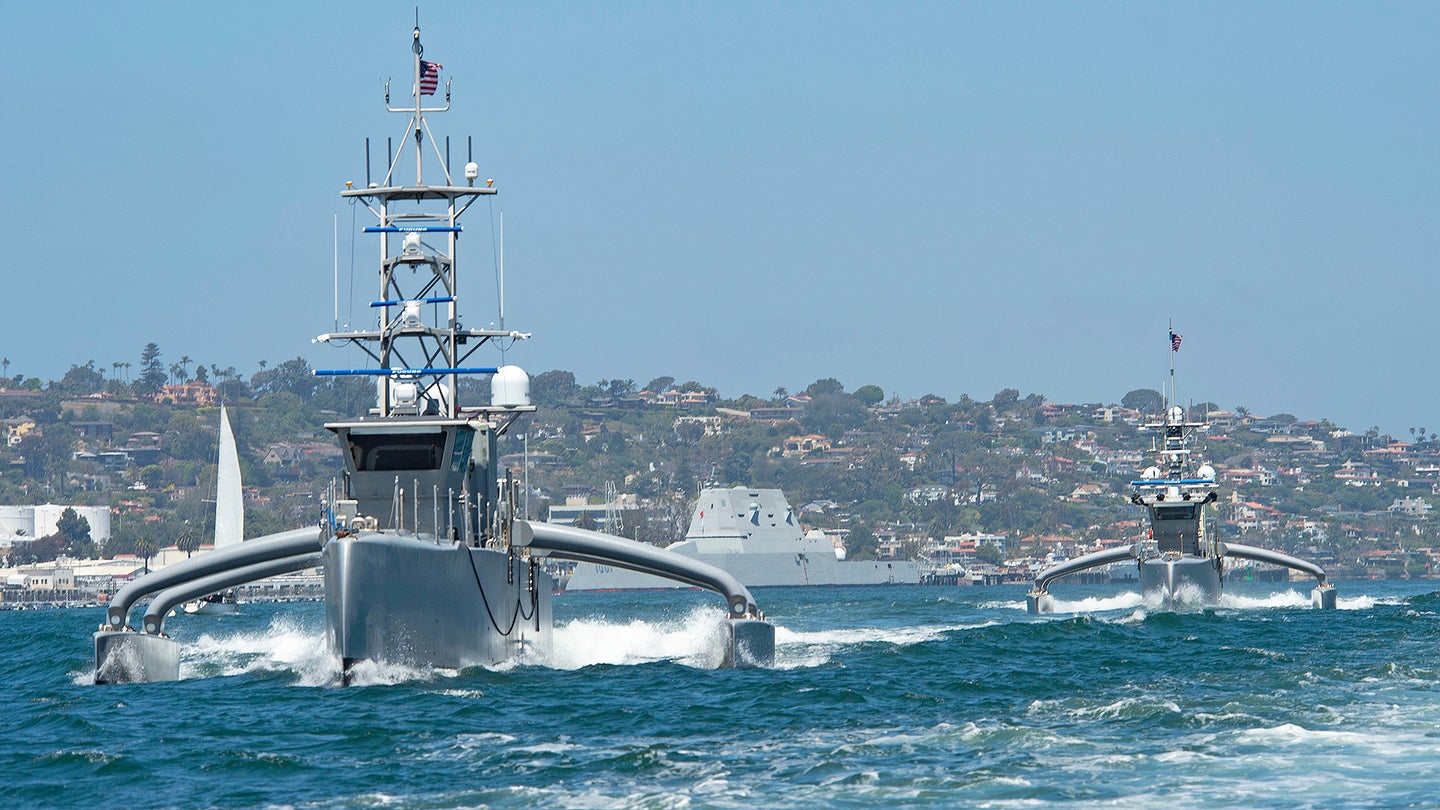 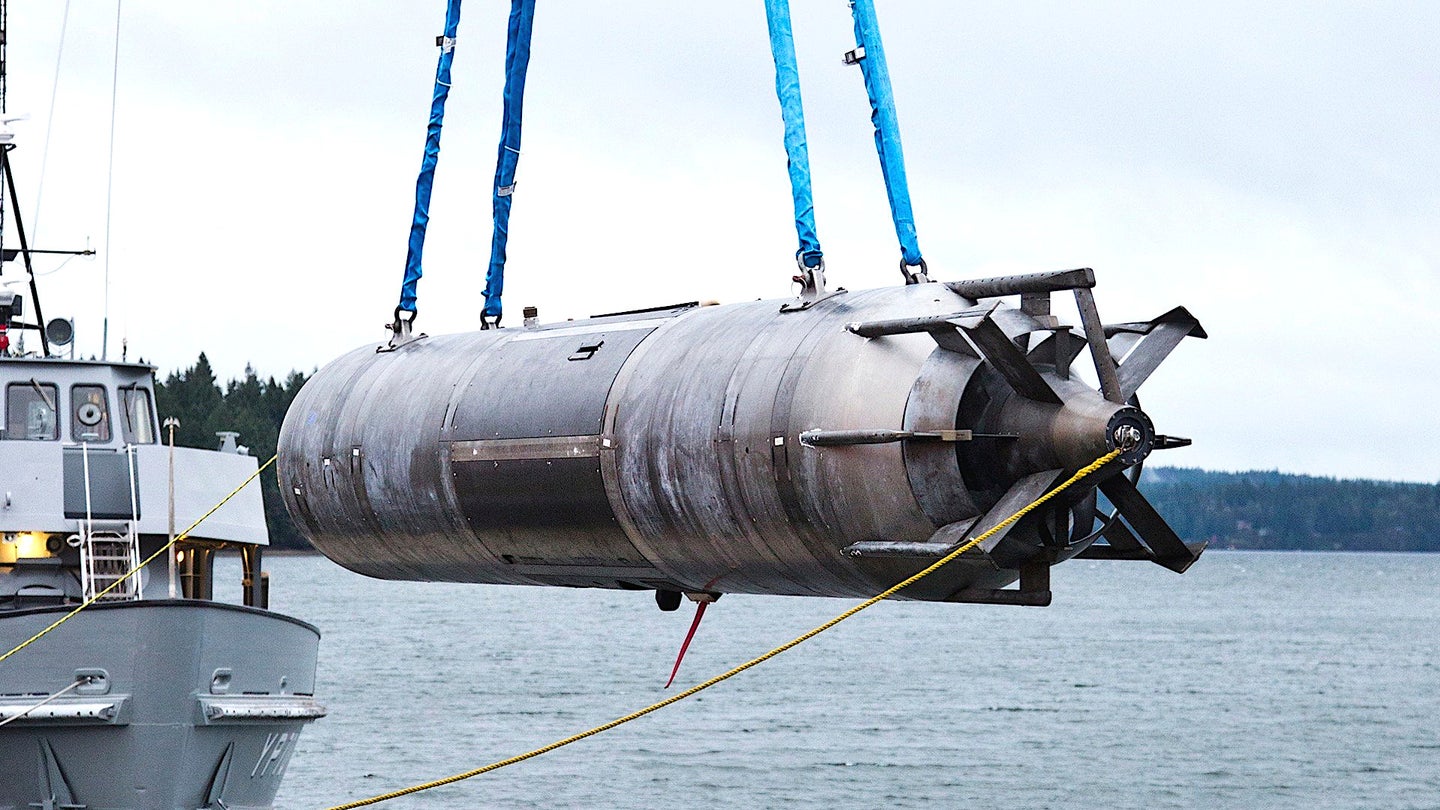