The U.S. Department of Defense has just given us our first glimpse of what will likely be a common sight in the future—smaller ships, some of which will be unmanned or minimally manned, sporting modular launchers capable of firing the most advanced standoff weapons in the inventory. In this case, the launcher shown was used to fire an SM-6 missile, which is quickly becoming one of the most relevant and flexible weapons in the Pentagon's entire arsenal.

The DoD posted a video of the Unmanned Surface Vessel (USV) Ranger testing a containerized four-pack SM-6 launcher. Ranger is an experimental vessel that is part of the service's Ghost Fleet Overlord program aimed at defining unmanned warship capabilities and their concepts of operations, which you can read more about in this past piece of ours.

SM-6 is capable of swatting down air-breathing threats, such as fixed-wing planes, helicopters, and cruise missiles, while also being able to intercept ballistic missiles during their terminal phase of flight. In addition, SM-6 also has a secondary strike capability, and is able to hit fixed targets on land and moving targets, such as ships, at sea with great precision over long ranges. Its high-speed and quasi-ballistic missile mode of attack makes it hard to defend against. The type is also being developed as potentially a key component of future hypersonic weapons defense architecture.

The U.S. Army is now also pursuing the SM-6, which is slated to get a big leap in performance in its next-generation form, as well. The U.S. Army will employ SM-6 on land, primarily against land targets, but it could also potentially be used as a networked interceptor to counter aerial, hypersonic, and ballistic missile threats, as well as in an anti-ship role.

With this in mind, and considering the weapon's networking capabilities, deploying it aboard ships in a containerized manner is a no-brainer. Working essentially as distributed weapons platforms, these ships could spread out over great distances and launch on targets remotely with cueing from off-platform sensors arranged throughout the battlespace, such as on major surface combatants, fighter aircraft, airborne sensor aircraft, space satellites, and much more. Networked weapons concepts like this—where they do not have to rely on targeting from their launch platform—will enable the Pentagon's future "kill-web" that will range over thousands, not hundreds, of miles.

The launcher could have larger implications itself. It is probable, not just possible, that it could launch other weapons that are compatible with the Navy's Mk 41 vertical launch system (VLS), as well as possibly others. Even if it could just also handle BGM-109 Tomahawk cruise missiles, it would provide incredible flexibility that can be deployed virtually anywhere. This includes on the ground. In fact, this could have direct commonality with the launcher the Army envisions for both the SM-6 and the Tomahawk.

In fact, the launcher seen in the Navy's video appears to be the same one, or at least a very close evolutionary cousin of, the modular four-cell launcher we have recently seen associated with the updated land-based Tomahawk. It was used to execute the first land-launched Tomahawk test since the end of the Intermediate Nuclear Forces (INF) Treaty. You can read all about that test and the launcher in this article of ours.

In the naval domain alone, such a modular system, along with communications needed to connect to networks that are tied to command and control elements, could be deployed on pretty much any ship. That includes potential unmanned assets, as well as existing manned ones, like support and replenishment ships. This is a concept that the Navy has been eyeing for some time. The Navy's forthcoming smaller ships designed specifically to support U.S. Marines' distributed operations could also field such a containerized system. Even commercial vessels could be quickly drafted into the role as distributed weapons nodes during a conflict.

Finally, the Coast Guard could leverage such a concept for its future icebreakers which will face an increasingly contested environment in the Arctic. Deploying such containerized systems is already something the Coast Guard is mulling over for these new vessels.

The bottom line here is that this little video is certainly a glimpse of what's to come. As the Navy continues to wrestle with the vast operational, tactical, and strategic challenges that the Pacific Theater, in particular, represents, moving to a highly distributed and platform-diversified combat strategy won't just be advantageous, it will be essential. This new launcher, and the further leveraging of the SM-6, as well as distributing these capabilities across what will be the truly massive battlefields of the future, are absolutely key components in preparing for this new reality in modern warfare. 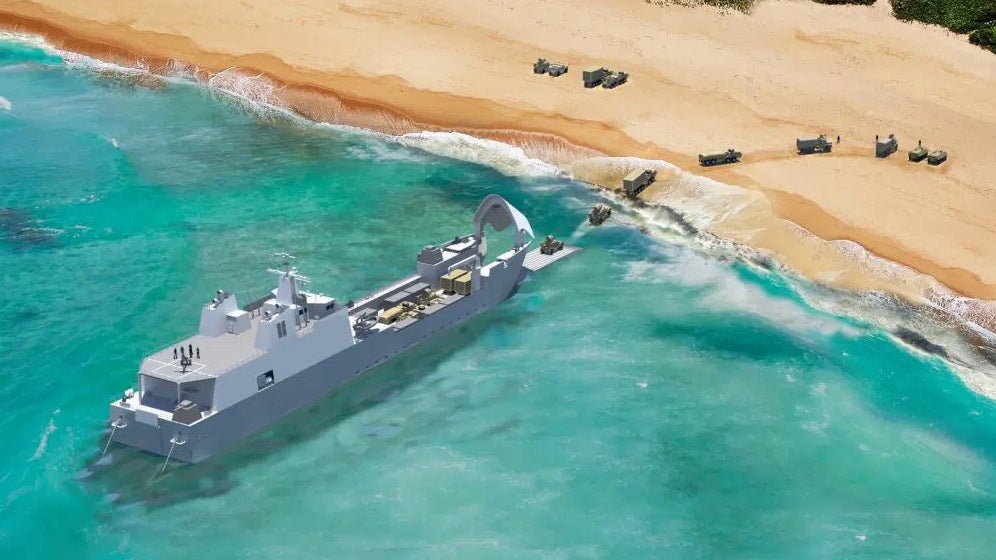 The Navy is looking to buy dozens of smaller amphibious warships to support the Marine Corps’ new expeditionary concepts of operations. 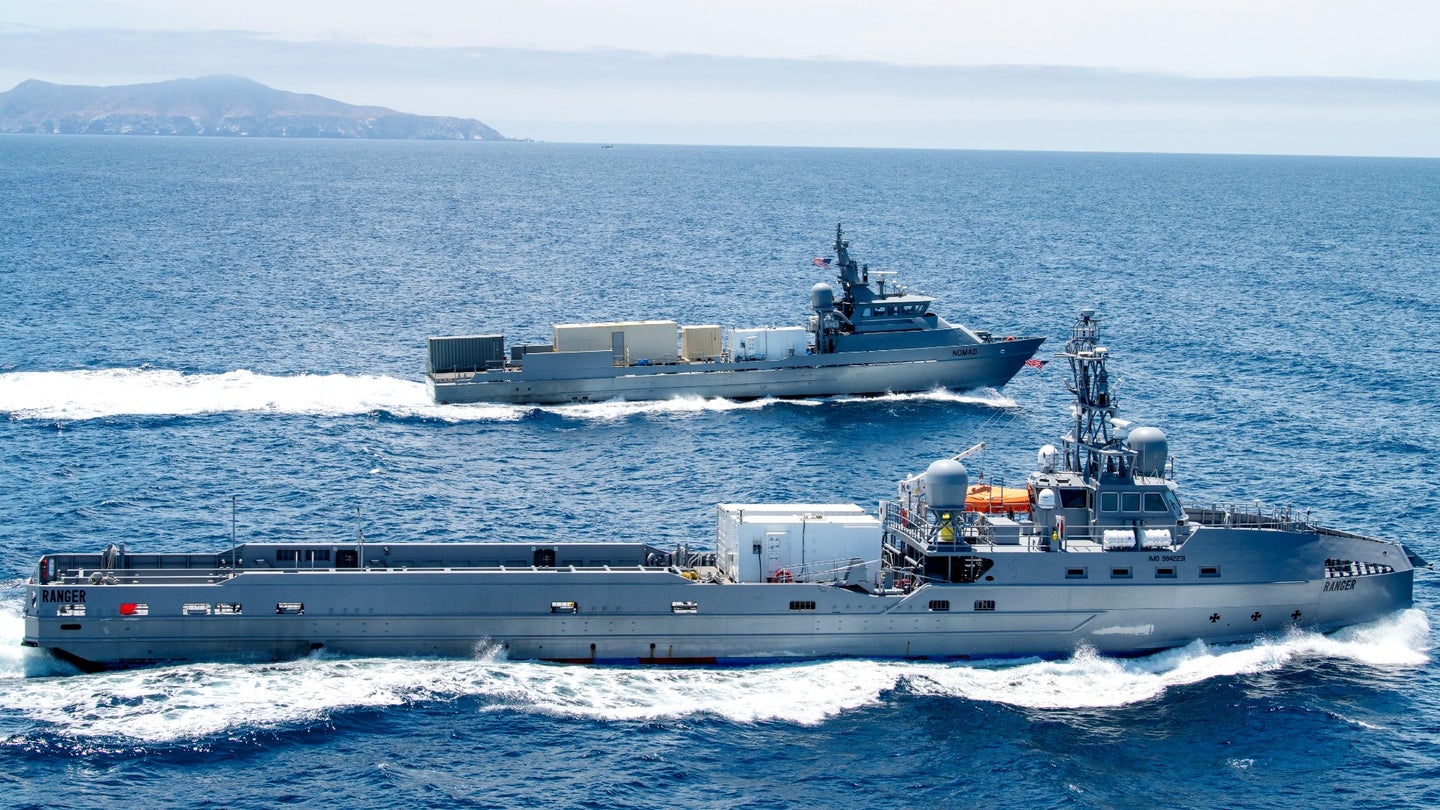 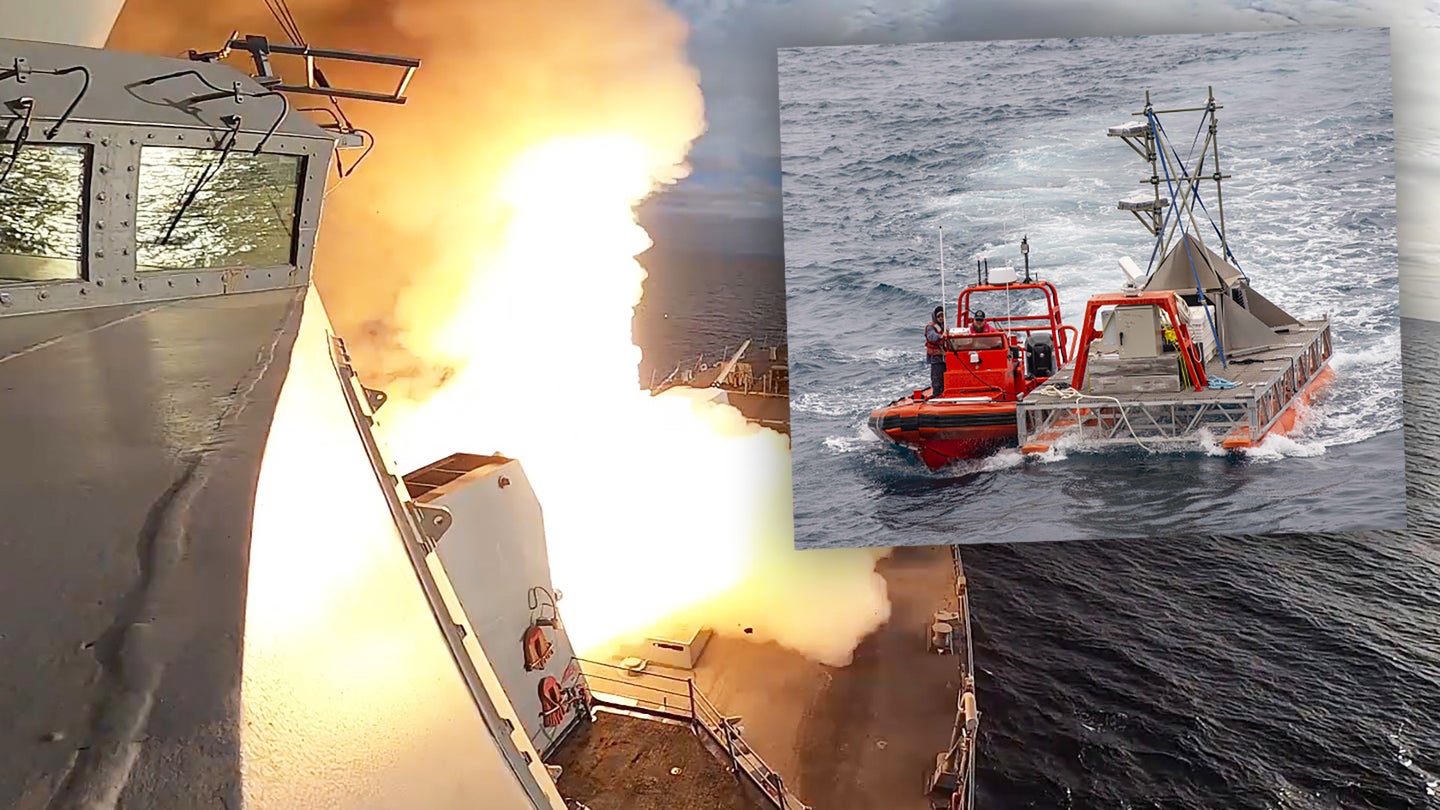