USS McCampbell is the first destroyer to go through a major modernization at Vigor’s Swan Island Shipyard. 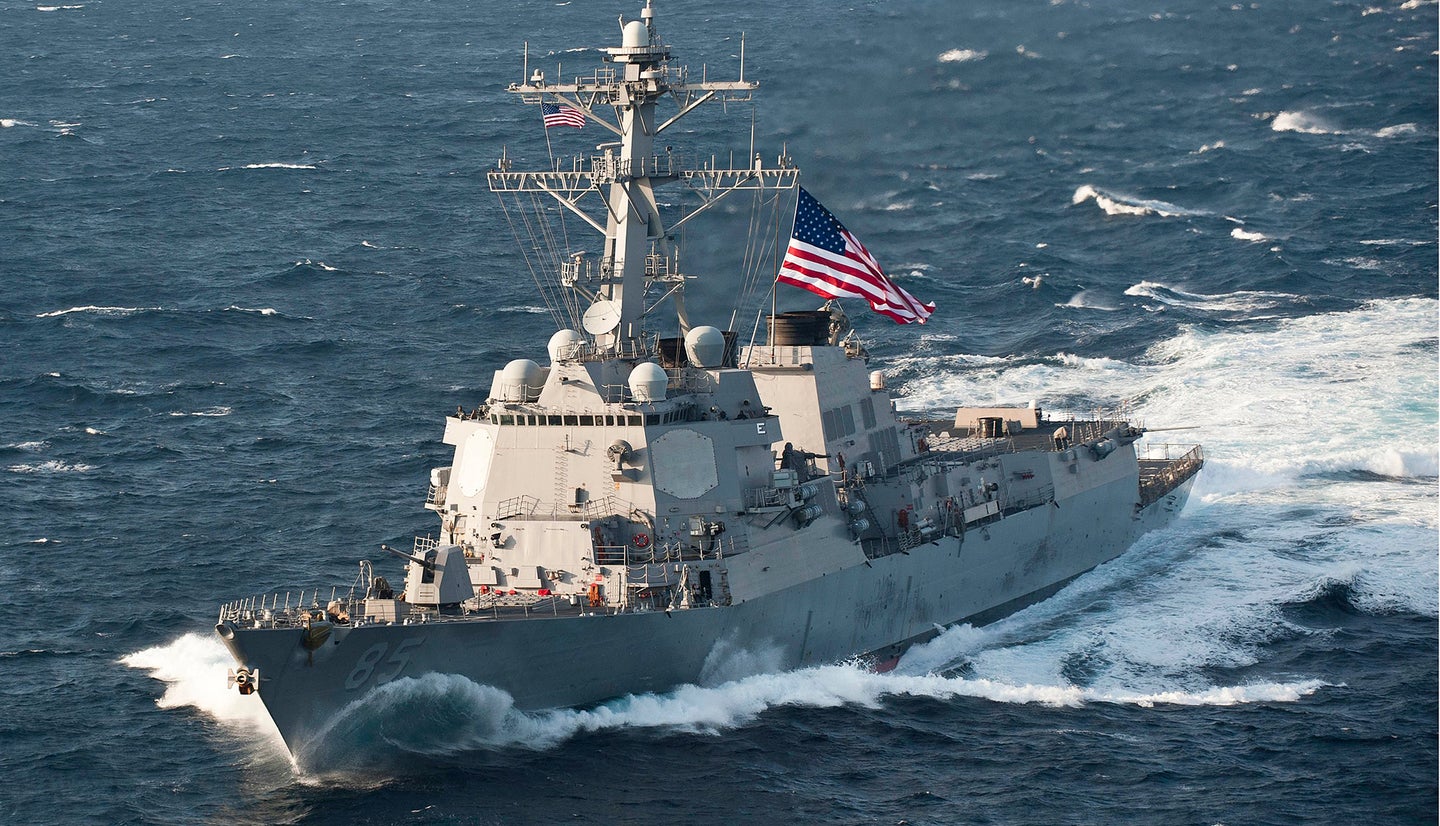 On the evening of September 1st, 2021, the Arleigh Burke class destroyer USS McCampbell (DDG-85) had a chemical incident on board. The ship had been undergoing a 17-month long modernization upgrade and refit at Vigor's Swan Island Shipyard in Portland, Oregon after being forward-deployed to Japan for 13 years. USS McCampbell is the first U.S. Navy destroyer to go through such an elaborate process at the private shipyard. The total cost of the contract for work on the ship, if all options are exercised, is pegged at $155.6 million.

We inquired to Vigor as to what happened aboard USS McCampbell and Jill Mackie, the company's Senior Vice President for Public Affairs, issued the following statement to The War Zone:

I can confirm in the course of our ship repair operations today, 9/1, products being used on a US Navy ship repair project underway at our Swan Island Shipyard (USS McCampbell) combined to create a chemical reaction resulting in fumes/smoke. There was no fire. The vessel on which this occurred was immediately evacuated and Portland Fire Department/EMS responded timely. Two individuals are being evaluated for exposure to smoke/fumes. At this time there are no other reported injuries. All people are accounted for. We’re appreciative of the timely response of ship’s crew and Portland Fire department & EMS. The incident is being investigated by both the Navy & Vigor. Work on the vessel has been temporarily suspended.

The War Zone also contacted Naval Sea Systems Command (NAVSEA) to inquire as to exactly what happened, to what extent the ship was damaged as a result of the incident, and the disposition of those who had to be treated medically. We have yet to receive a response.

The soon to be improved destroyer was slated to wrap up its refit in November and be returned to the fleet, that desperately needs it, prior to the incident. The Navy has worked to outsource more of its major repair and upgrade work to private yards in an attempt to increase the availability of its ships and submarines by decreasing its backlog of maintenance. The work being done at Swan Island is part of that general initiative.

Incidents involving combustible materials aboard Navy vessels have taken on an ever greater interest after the catastrophic fire aboard the USS Bonhomme Richard, a multi-billion dollar amphibious assault ship that had to be scrapped as the result of what now appears to have been a case of arson. There have been other smaller fires recently, as well, that have raised major concerns about the threat to American warships from fire, especially when they are undergoing maintenance in port. Luckily, in this case, flames never became an issue.

Hopefully, the damage wasn't extensive and DDG-85 can return to her mission on time.