The U.S. Central Command has denied leaving any dogs in cages at Hamid Karzai International Airport in Afghanistan's capital Kabul, or abandoning any U.S. military working dogs, as the last American troops made their final historic exit from the country. A picture of rescue dogs in carriers in a hangar at the airport has been circulating online and has prompted a firestorm of criticism. However, questions do remain about the ultimate fate of these non-U.S. working dogs.

U.S. Army Lieutenant Colonel Karen Roxberry, a spokesperson for Central Command (CENTCOM), issued an official statement on the matter today. Various animal welfare organizations in Afghanistan and outside of the country had been working to evacuate dozens of dogs and cats from the country as part of the larger evacuation operations at the airport in Kabul over the past two weeks. The work of the Kabul Small Animal Rescue (KSAR), a non-profit organization, and Nowzad, an animal rescue charity, have drawn particular media attention.

"The U.S. priority mission was the evacuation of U.S. citizens, SIV and vulnerable Afghans," Roxberry's statement reads, referring to, in part, Afghans eligible for Special Immigrant Visas (SIV) due to the risks they face from the Taliban due to having worked with the U.S. government. "However, to correct erroneous reports, the US military did not leave any dogs in cages at Hamid Karzai International Airport, to include the reported 'military working dogs.'"

The U.S. military is known to have evacuated its own working dogs previously. The U.S. State Department has also denied that any of its working dogs were left behind in Afghanistan.

The CENTCOM statement, however, does not speak directly to some of the other allegations leveled by KSAR and other animal welfare organizations regarding the fate of approximately 130 other dogs that had been at Hamid Karzai International Airport. This group of animals is understood to have included some number of former Afghan security forces working dogs. KSAR had been working to get them out of the country as part of an effort dubbed Operation Hercules.

"In the end, the dogs and their caretakers were explicitly NOT allowed to board military aircraft, and numerous private charter aircraft were not granted access to the airport either," according to a lengthy statement issued yesterday by SPCA International, which cited information provided by KSAR founder Charlotte Maxwell-Jones. "Charlotte was informed that most of the KSAR dogs had to be released into the airport on August 30 as the airport was evacuated – turning once rescued shelter dogs into homeless strays."

At the time of that statement, Maxwell-Jones remained in Afghanistan and had reportedly been escorted from the airport back to her shelter, which is situated approximately seven miles outside of Kabul, by the Taliban. Other KSAR staff, along with an unspecified number of rescue cats, were described as being "at another location in Kabul."

The exact particulars of why the animals were reportedly not allowed to board military evacuations flights and why chartered aircraft arranged on behalf of KSAR may not have been allowed to land at the airport in Kabul are still murky. "The U.S. Centers for Disease Control and Prevention’s recently enacted policy suspending transports of dogs from Afghanistan and more than 100 other nations into the U.S., was another terrible impediment, despite our negotiations and pleadings," according to the SPCA International statement.

"We applied for an Emergency Exemption so that Charlotte and the dogs could get out on our chartered flight this week. But the CDC’s adherence to its import policy during this time of crisis put animals and people at risk," it continued. "We are alarmed that leaders at the CDC are not bringing a more balanced perspective to the importation of dogs, especially after the U.S. House of Representatives rebuked CDC on this issue and passed an amendment to restore a proper screening process."

There could also have been similar issues at play with regards to the importation of animals into countries other than the United States. U.S. military evacuation flights did not head straight to the United States after leaving Afghanistan.

In addition, in a now-deleted Tweet yesterday, KSAR had also mentioned "we have so much $ awaiting refunds in canceled flights," raising questions about the actual status of the expected charter flight. As of Aug. 29, there had been word that another non-profit organization called Veteran Sheepdogs of America had offered to take KSAR's animals out on a plane it had chartered, but that there were concerns about whether that aircraft could even get to Kabul. Tweets today between Veteran Sheepdogs of America and Gray Television personality Greta Van Susteren indicate that there may be an emerging legal tussle over the whole situation.

Regardless, everything we know and continue to learn about the last few days of the evacuation operations indicates that it was full of mad scrambles to get people to the airport in Kabul and onto planes on the ground to get them out. It would not necessarily be surprising that many charter aviation companies, whether they believed they could get approval to land or not, might have been hesitant to make the trip.

The U.S. military had separately stressed that in the final stages of the evacuations it would prioritize people above all else, as CENTCOM's statement today reiterates. It is not hard to see how American officials at Hamid Karzai International Airport would have been more preoccupied with finding space on any remaining flights for humans, rather than animals. At the same time, there were reports of official evacuation flights leaving Kabul with room to spare in the leadup to the final American withdrawal. As it stands, the United States was not able to evacuate everyone it had wanted to in the end, regardless, and is now exploring other options to get remaining American citizens and at-risk Afghans out of the country.

"We’ll continue to do everything we can to evacuate Kabul Small Animal Rescue’s staff and animals from the country after August 31," Lori Kalef, Director of Programs at SPCA International, had said in the statement from that organization yesterday, highlighting that people, as well as animals, are also part of this particular equation. "We cannot thank our supporters enough for everything they’ve done to help the dogs and cats of Kabul and their caretakers."

"Charlotte here! I want to apologize for the quiet social media," according to a post just today on KSAR's official Facebook page. "We are busy making plans, checking them twice, sorting out details, and keeping things quiet to maintain our own and the animals' security."

This is not the only instance of disputes between animal welfare organizations operating in Afghanistan and government officials during the recent evacuations from Afghanistan, either. Nowzad, which is based in the United Kingdom and is run by Paul "Pen" Farthing, a former Royal Marine, drew criticism in the past week over its own rescue effort.

Farthing arrived in London on Sunday with 150 rescue animals on a private charter flight, but left 68 members of his staff behind. He had been working to get the animals to the airport in Kabul right as Afghanistan's branch of ISIS launched its deadly terrorist attack last week. A total of 13 American service members and at least 170 Afghans died in that attack, and dozens more were wounded.

Critics in the United Kingdom, including government officials, had implied that Farthing's activities had taken up valuable resources that could have been used to help people get inside to safety before and after that attack. Farthing disputed that U.K. authorities had provided any assistance to him, at all. "I did that with the Taliban... Nobody facilitated my entry... any interpreters or anybody else, there was me and the truck full of dogs and cats," he said in a subsequent interview.

However, he also thanked the U.K. government for its support in the end. That statement came after The Times newspaper reported that it had obtained an audio recording of him leaving an expletive-laden voicemail for a special adviser to the country's Defense Secretary Ben Wallace over allegations that his animal evacuation flight was being blocked.

All told, the exact fate of KSAR's dogs that were at the airport in Kabul remains unknown. Beyond that, only time will tell what will now happen to that organization, its staff, and its remaining cats, as well as Nowzad staff.

The Taliban have since confirmed that the dogs in question were released into the airport and are still on the loose. They say they are trying to round them up now and may be interested in putting any working dogs among them to use in the future.

Stars and Stripes has also published an interview with Charlotte Maxwell-Jones about the entire situation.

You can read more about all of this and other new developments in our continuing coverage of this story here. 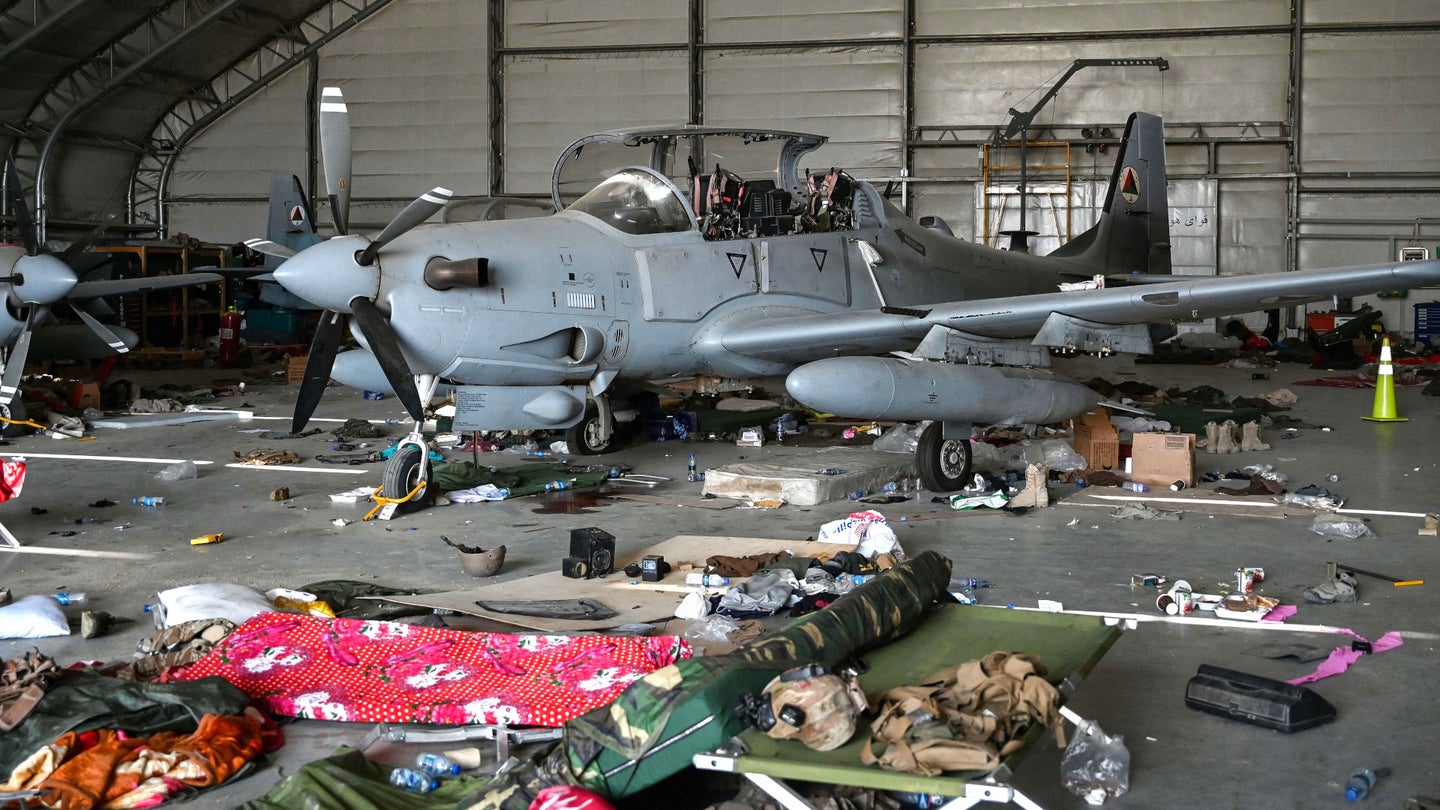 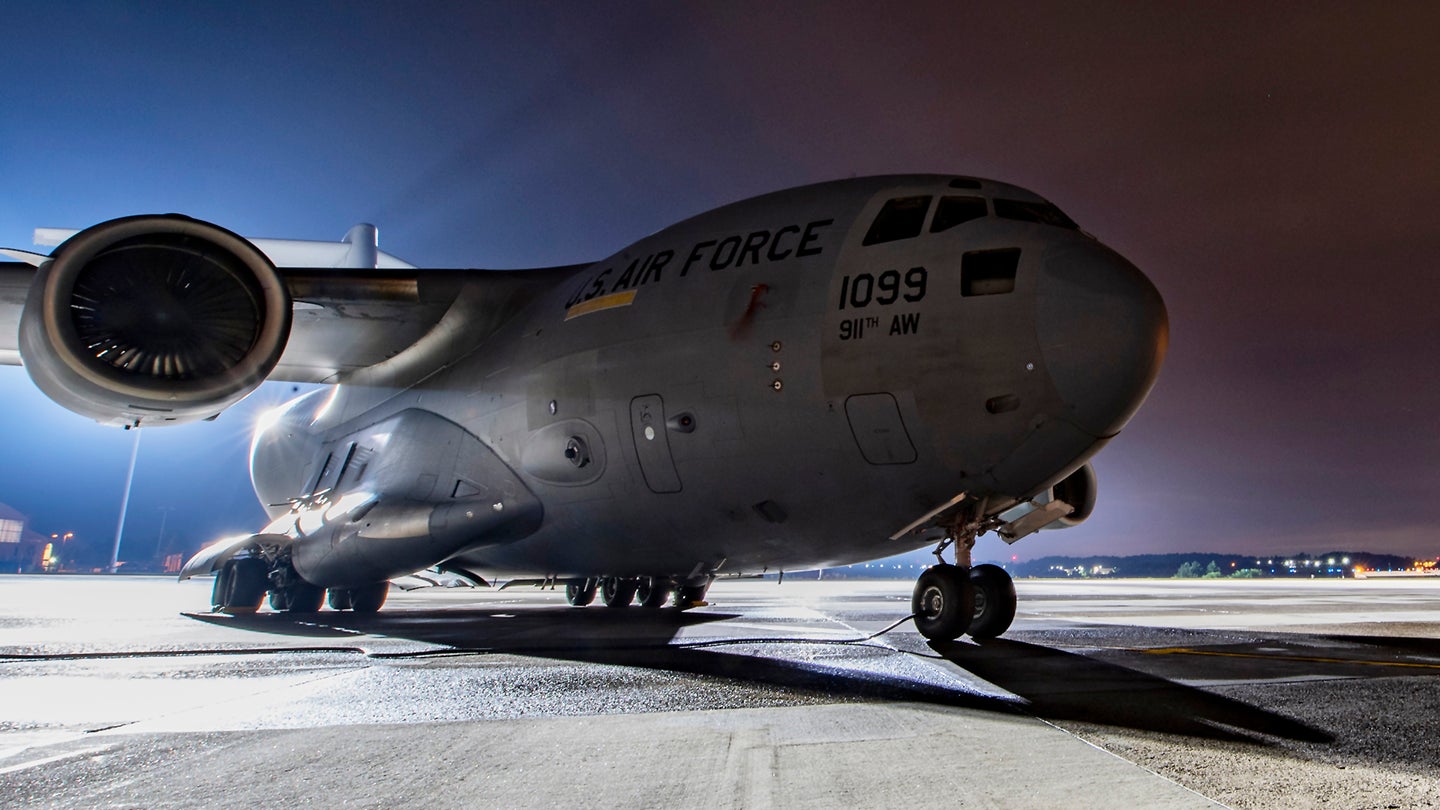