The U.S. military has confirmed that all U.S. forces have left Afghanistan. It is now August 31st in Kabul, which had long been the scheduled date of the final American withdrawal from the country after nearly two decades of a U.S. military presence there in the aftermath of the 9/11 terrorist attacks.

Though the reports we have now are unconfirmed, a new Notice To Airmen (NOTAM) has emerged saying that Hamid Karzai International Airport is now "uncontrolled." Previous alerts and official U.S. military statements issued in the aftermath of the fall of Kabul to the Taliban on Aug. 15, 2021, had said that the airport remains open under the direction of American forces.

There are also photos and videos indicating that the Taliban have moved in and are now in complete control of the airport. Previous pictures and video had already indicated that the American military presence there was already rapidly shrinking.

The last U.S. aircraft took off at 11:59 pm local time, which ended nearly 20 years of American military presence in the country and an end to America's longest war.

We are now getting videos out of Kabul showing the aftermath of America's departure from Hamid Karzai International.

Celebratory gunfire erupted after the word came that U.S. forces were gone:

The uncertainty of what comes next is hitting some Afghans hard who couldn't leave:

And just on cue, in relation to a story we broke two weeks ago, that the State Department would be leaving its CH-46 Sea Knights behind in Afghanistan after they disabled them, Taliban fighters have now found them stuffed in a hangar:

We will be posting a story on what the U.S. left behind at Kabul's international airport very soon, we will link it here.

Here is our story on what equipment was left behind and why.

Online flight tracking software has shown a huge procession of U.S. military aircraft flying back to the Persian Gulf region from Afghanistan via Pakistan after having supported the final withdrawal from Kabul. What is visible online includes at least one B-52H bomber, two AC-130J gunships, an RC-135W Rivet Joint spy plane, an E-3 Sentry Airborne Warning and Control System (AWACS) plane, an E-11A Battlefield Airborne Communications Node (BACN) jet, as well as a number of C-17A Globemaster III cargo planes and KC-135R and KC-10A tankers.

Among the KC-135Rs are a number of the U.S. Air Force's small and secretive fleet of highly-specialized KC-135RT "receiver tankers" that are capable being refueling in mid-air themselves, which you can read more about here. These were among some of the earliest members of the evacuation airbridge, as you can read about here.

This is also only what we can see via online flight tracking data. F/A-18 Hornets had flown low enough over Kabul in the lead up the final withdrawal to be spotted by individuals on the ground. The Pentagon had previously confirmed that F/A-18E/F Super Hornets flying from the aircraft carrier USS Ronald Reagan sailing in the North Arabian Sea had been among the types supporting the evacuation operations. Other types of aircraft, including U.S. Air Force F-15E Strike Eagles, A-10 Warthogs, and MQ-9 Reaper drones, as well as Marine Corps AV-8B Harrier jump jets, were reportedly among the types either directly involved or prepositioned to provide support if required.

U.S. Secretary of State Antony Blinken has now also given additional information about the American withdrawal from Afghanistan and what happens next. Most immediately, he said there are plans to establish what is called a "remote diplomatic mission" for Afghanistan in Doha, Qatar. This is perhaps not surprising given that Doha is also currently hosting the only formal overseas Taliban political office and has been the main site for U.S. negotiations with the group in recent years. There are already reports that the Qatari government is emerging as an even more important intermediary between the United States and the Taliban.

Blinken also said that the U.S. government would continue to engage with the Taliban about the safe departure from the country of any remaining American citizens, as well as at-risk Afghans. This could include via the airport in Kabul, once it becomes operational again, or via overland routes.

"If we can work with a new Afghan government in a way that helps secure those interests...we will do it" Blinken added. "But we will not do it on the basis of trust or faith."

The U.S. military has also released a picture, seen below, of Major General Chris Donahue, the head of the U.S. Army's 82nd Airborne Division, who also served as the top commander in Kabul during the now-concluded noncombatant evacuation operation, boarding a C-17. Donahue was the last American to step onto a plane in Kabul during the final withdrawal. According to CENTCOM commander McKenzie, Charge d’Affaires Ross Wilson, the acting U.S. ambassador to Afghanistan, was the second to last. 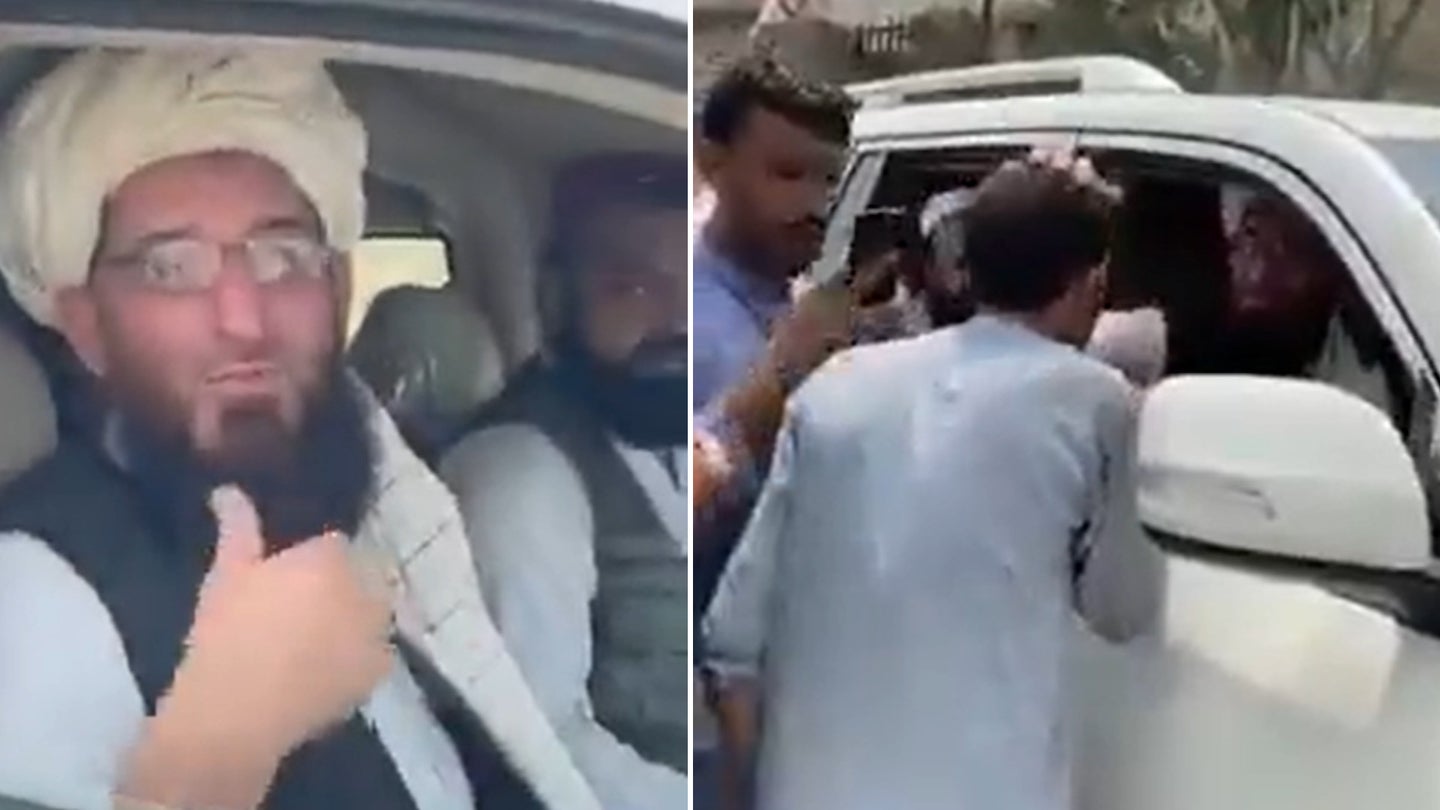 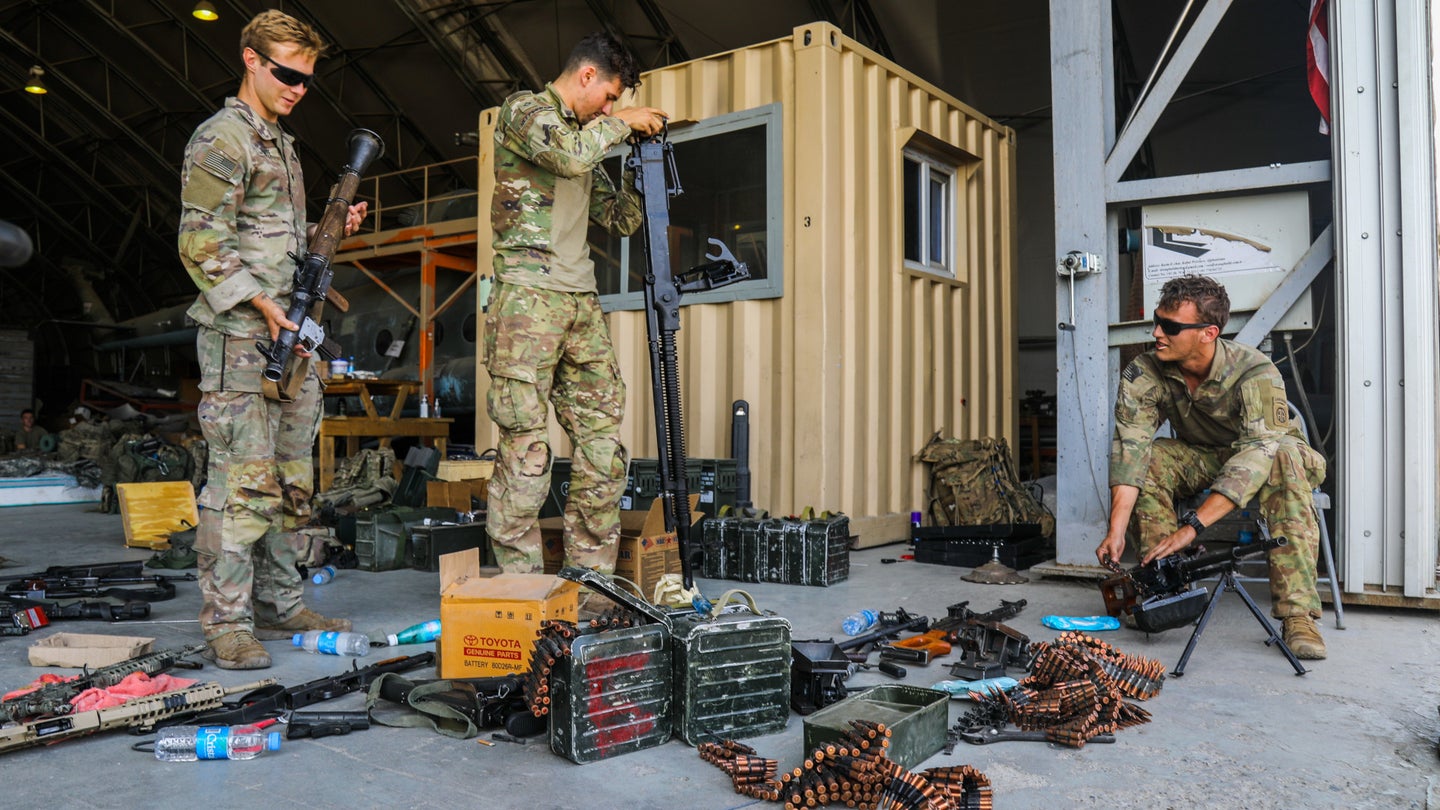 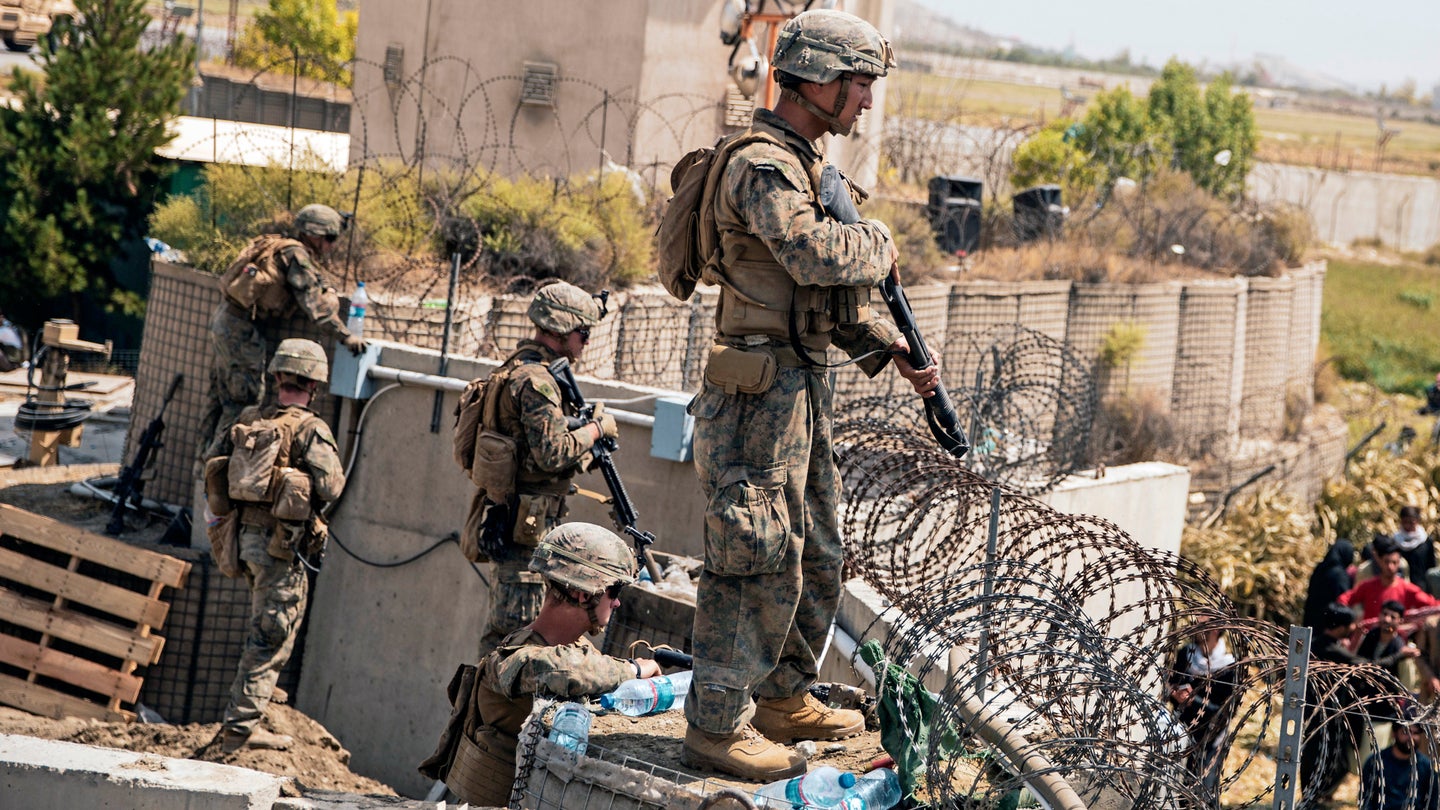