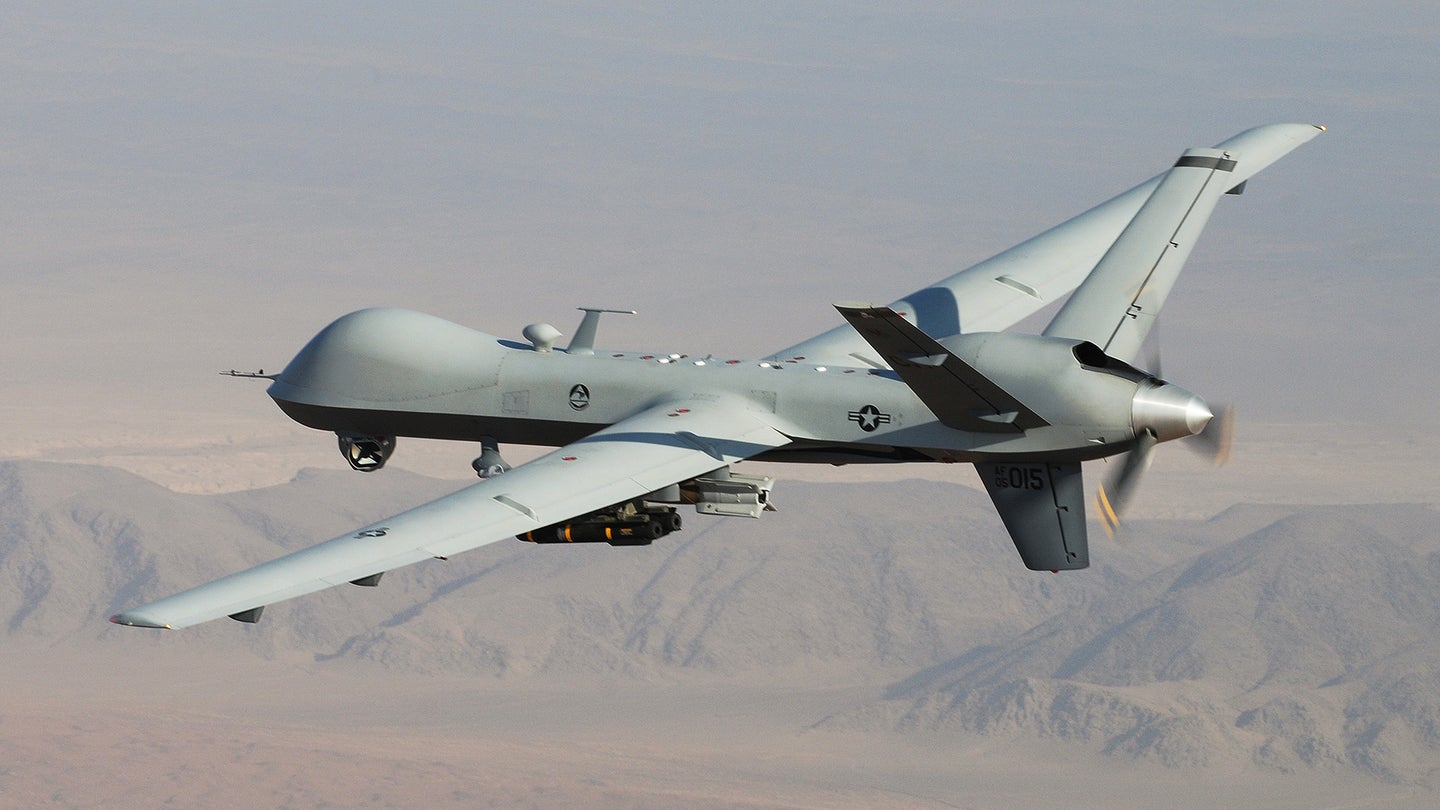 After a suicide bomber wearing a vest laden with roughly 25 pounds of high explosive killed 13 American servicepeople and many more civilians at Abbey Gate along the perimeter of Hamid Karzai International Airport, U.S. Central Command has announced that one of the drones under its command apparently killed an ISIS-K "planner." The drone strike occurred in Nangarhar Province, Afghanistan. This comes just over a day after President Biden promised to hunt down those responsible for the attack and punish them.

"U.S. military forces conducted an over-the-horizon counterterrorism operation today against an ISIS-K planner. The unmanned airstrike occurred in the Nangahar Province of Afghanistan. Initial indications are that we killed the target. We know of no civilian casualties."

We do not know if this planner is the same one that is responsible for the attack on the airport or another one of the group's masterminds. We also don't know how many people were involved in the attack and the planning that led up to it. Regardless, this action clearly underscores Biden's promise to take action against ISIS-K.

The statement does specifically say this was an "over the horizon" operation, in which an aircraft flew from outside Afghanistan to conduct the counter-terror strike. This concept of operations is what the Biden Administration will rely on once U.S. forces leave Afghanistan. It is also worth noting that this strike occurred before the United States had left the war-torn country. Some posited action would be put on hold until then as to not instigate another terror attack. This is a dubious idea that does not fall in line with how ISIS operates.

MQ-9 was used as is logical. If we get images of the scene, don't be surprised if this was a JSOC AGM-114R9X strike.

Looks like this may have not been the planner of the airport bombing, but was setting up future attacks:

The strike also roughly coincides time-wise with yet another warning about the possibility of an impending terror attack on Hamid Karzai Airport from the State Department: