The USS San Francisco was already cut up once after impacting a seamount. The submarine was chopped up again to make it into a floating schoolhouse.

Last week, the U.S. Navy towed a curious-looking Los Angeles class nuclear attack submarine, with a new boxy, building-like sail that looks like it belongs to a submarine-themed amusement park attraction, to its new home in Charleston, South Carolina. This submarine, the USS San Francisco, is actually now not much of a submarine at all, and is now set to be used as a moored training ship, or MTS, for sailors learning how to operate and maintain nuclear reactors.

What will eventually be formally redesignated as the MTS San Francisco, with its hull number subsequently changing to MTS-711, arrived in Charleston on Aug. 16, 2021. The training vessel will be assigned to Nuclear Power Training Unit (NPTU) Charleston, which already has another MTS converted from a decommissioned Los Angeles class boat, the former USS La Jolla, which was delivered back in 2019.

“This project has definitely been a marathon rather than a sprint, but the project team has kept up its endurance as we near the finish line,” Charles Brock, the superintendent of the conversion project, which was carried out at Norfolk Naval Shipyard (NNSY) in Virginia, said in a statement. "Given the extensive work required, it’s taken a lot of effort and teaming not only within every department in the shipyard but with all nuclear-capable shipyards, both public and private, and all naval nuclear laboratories to get the ship tested and ready for tow. We were excited to see the future MTS 711 head down the river to finish the last of its testing and ultimately fulfill its new mission."

San Francisco spent 34 months in dry dock as part of the conversion into an MTS. Beyond the new sail and the installation of another boxy structure over the boat's stern, the process involved cutting the submarine into three parts and installing three new hull sections in between.

"The new hull sections arrived from General Dynamics Electric Boat via barge," according to the Navy. "NNSY craned hull sections, averaging 700 tons, into the dock and attached them to San Francisco."

At least one of those new sections arrived fully equipped and ready to be installed, which the Navy said saved more than 10,000 man-days worth of work.  This was a lesson learned from the conversion of La Jolla into an MTS.

"Throughout the conversion, the project team leveraged lessons learned from La Jolla on a variety of jobs ranging from piping installation to component outfitting to tank restoration," the Navy explained. Other "innovations supporting the project team included implementing a cold cut hull cutting process, installing several hatch enclosures to improve submarine access for both personnel and equipment, pre-testing of the diesel generators using temporary systems to expedite final testing, and deploying a new scaffolding system to improve worker safety during the vessel’s 34 months in dry dock. This scaffolding system has since become widely used at NNSY."

The Navy did not detail the exact nature of the conversion work. However, since the submarine will no longer need to sail, dive, or otherwise conduct regular operations, there is certainly a significant amount of equipment that could be removed to both free up room for new training spaces and to simplify the logistics of sustaining the MTS.

In the case of La Jolla's conversion, the Navy did say that the reactor plant had been upgraded to reflect more modern designs, which would be important for its new training role. La Jolla and San Francisco have both been described as "next-generation training ships," as well. They are set to replace NPTU Charleston's two existing MTSs, which have been in use since the 1990s. The Lafeyette class nuclear ballistic missile submarine USS Daniel Webster and the James Madison class nuclear ballistic missile submarine USS Sam Rayburn were converted to serve in this role. In April, Sam Rayburn

was towed to NNSY, where it is now waiting to begin the defueling and dismantling process.

NPTU Charleston "is a technical school operated by the U.S. Navy in Goose Creek, South Carolina to train enlisted sailors, officers, Knolls Atomic Power Laboratory (KAPL) civilians and Bettis Atomic Power Laboratory (Bettis) civilians for shipboard nuclear power plant operation and maintenance of surface ships and submarines in the U.S. nuclear navy," according to the unit's website. At present, submarines make up the vast majority of nuclear-powered vessels in Navy service, with others being its Nimitz and Ford class supercarriers.

NPTU Charleston work training civilians from KAPL and Bettis, both of which are Department of Energy (DOE) facilities, also highlights the unique nature of the Naval Nuclear Propulsion Program (NNPP). NNPP, more commonly known as Naval Reactors, is a joint Navy-DOE enterprise.

Whatever the MTS conversion work on either La Jolla or San Francisco entailed exactly, having an actual reactor plant inside a converted submarine can only be extremely valuable for new sailors training to become what are commonly referred to as "nukes." You can read more about what those individuals, and the various other members of a submarine's crew, do here.

It's interesting to note that is actually not the first time that San Franciso, a first-generation Los Angeles class submarine that was commissioned in 1981, has been cut up. The boat was initially homeported at Pearl Harbor in Hawaii and conducted numerous cruises in the Western Pacific before being moved to Arpa Harbor in Guam in December 2002. Just over two years after it started conducting operations from Guam, the boat hit an undersea mountain while sailing approximately 364 nautical miles southwest of that island at a depth of 525 feet.

Impressively, while the submarine suffered extensive damage, its hull remained unbreached and it was able to limp back to Arpa Harbor. The Navy subsequently determined that San Franciso's crew had not followed "several critical navigational and voyage planning procedures" and relieved the boat's commanding officer, Commander Kevin Mooney. Six other crew members received non-judicial punishments. Twenty other officers and sailors received commendations for their actions during the accident, in which 98 members of the crew were injured. Machinist's Mate Second Class Joseph Allen Ashley died the day after the incident from a head injury he had sustained.

Since the submarine's nuclear reactor had only been recently refueled prior to the accident, a costly and complex process that had extended its expected service life out until 2017, the Navy subsequently decided to repair the boat. Temporary repairs were made to the submarine Guam, which subsequently sailed under its own power to the Puget Sound Naval Shipyard (PSNS) in Bremerton, Washington, making one stop along the way in Pearl Harbor.

San Franciso ultimately received an entire new bow section, which had been taken from another Los Angeles class submarine, the USS Honolulu. The Navy said the repairs to San Francisco

cost $79 million, but that it would have taken $170 million to refuel Honolulu's reactor.

Honolulu was decommissioned as a result of the Navy's decision and San Francisco returned to the fleet in 2009. The latter submarine completed its final operational cruise in 2016 and the Navy announced the following year that it would be turned into an MTS.

The USS San Francisco certainly had a unique operational career. Now, in its highly modified form, it will continue to serve the Navy for years to come, helping to train new sailors to operate nuclear reactors on other submarines. 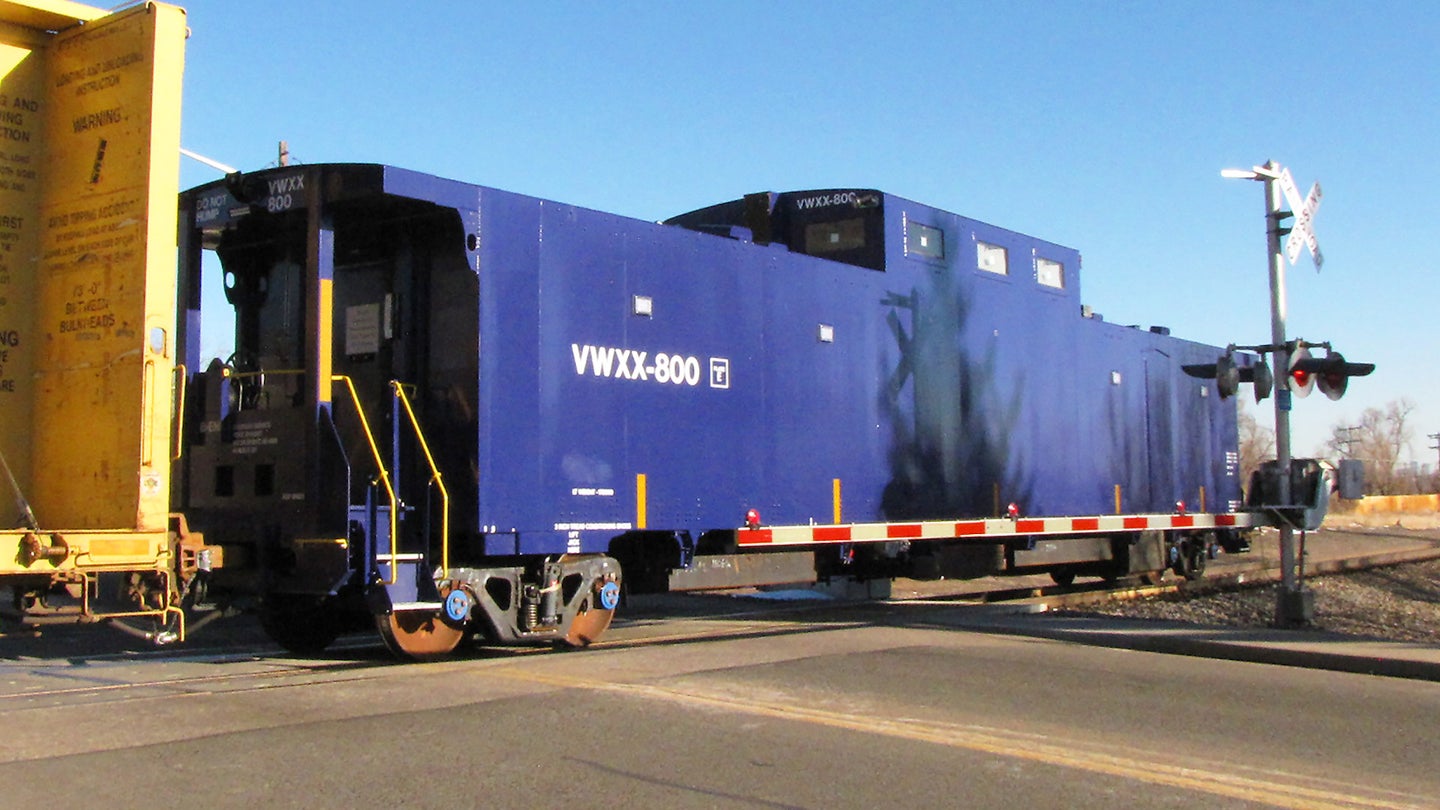 The Navy is a prolific user of nuclear power and needs to protect nuclear material when traveling by rail. That’s where the armored caboose comes in. 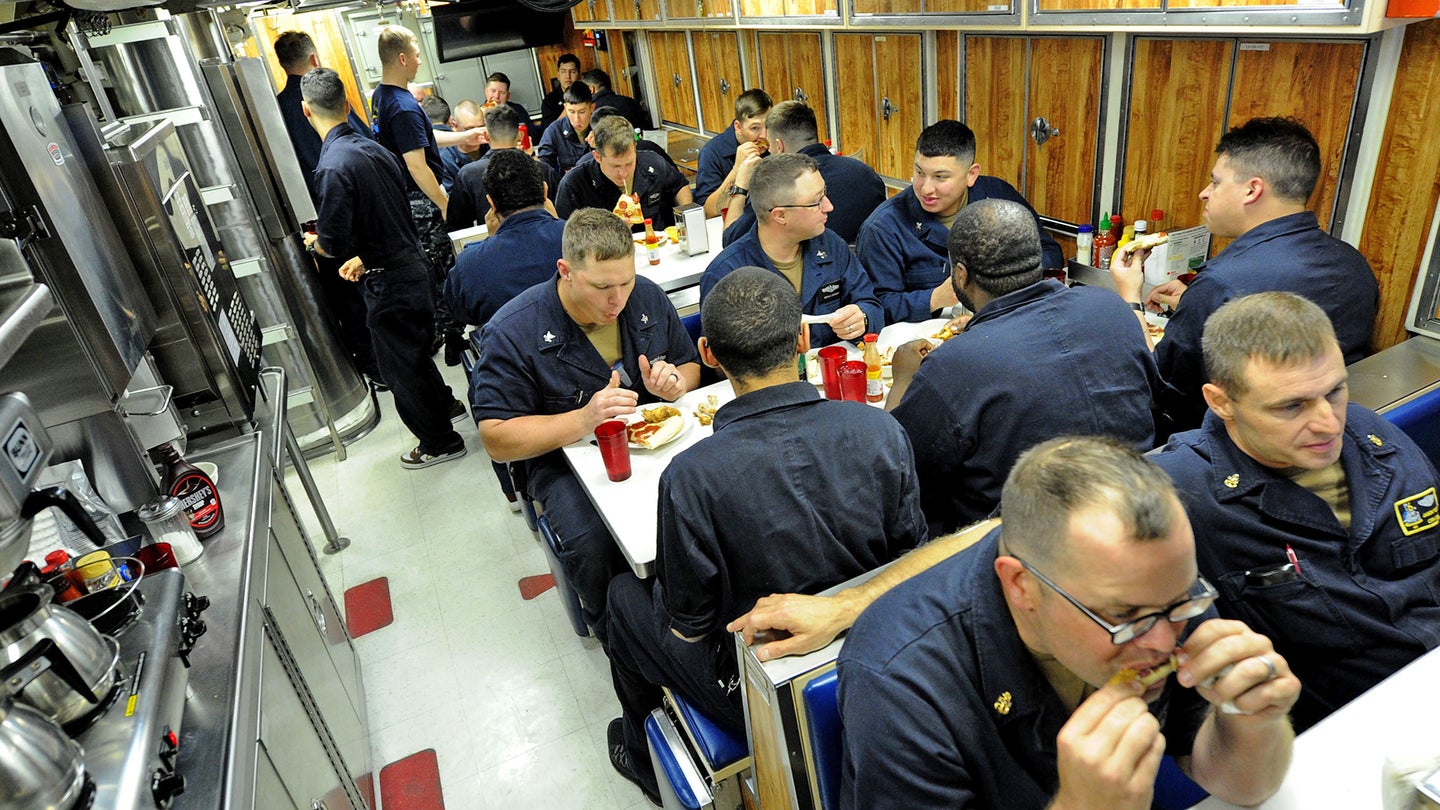 Nukes, Nubs And Coners: The Unique Social Hierarchy Aboard A Nuclear Submarine

Getting assigned to your first sub doesn’t make you a submariner and once you become one you’ll find yourself in a social structure unlike any other. 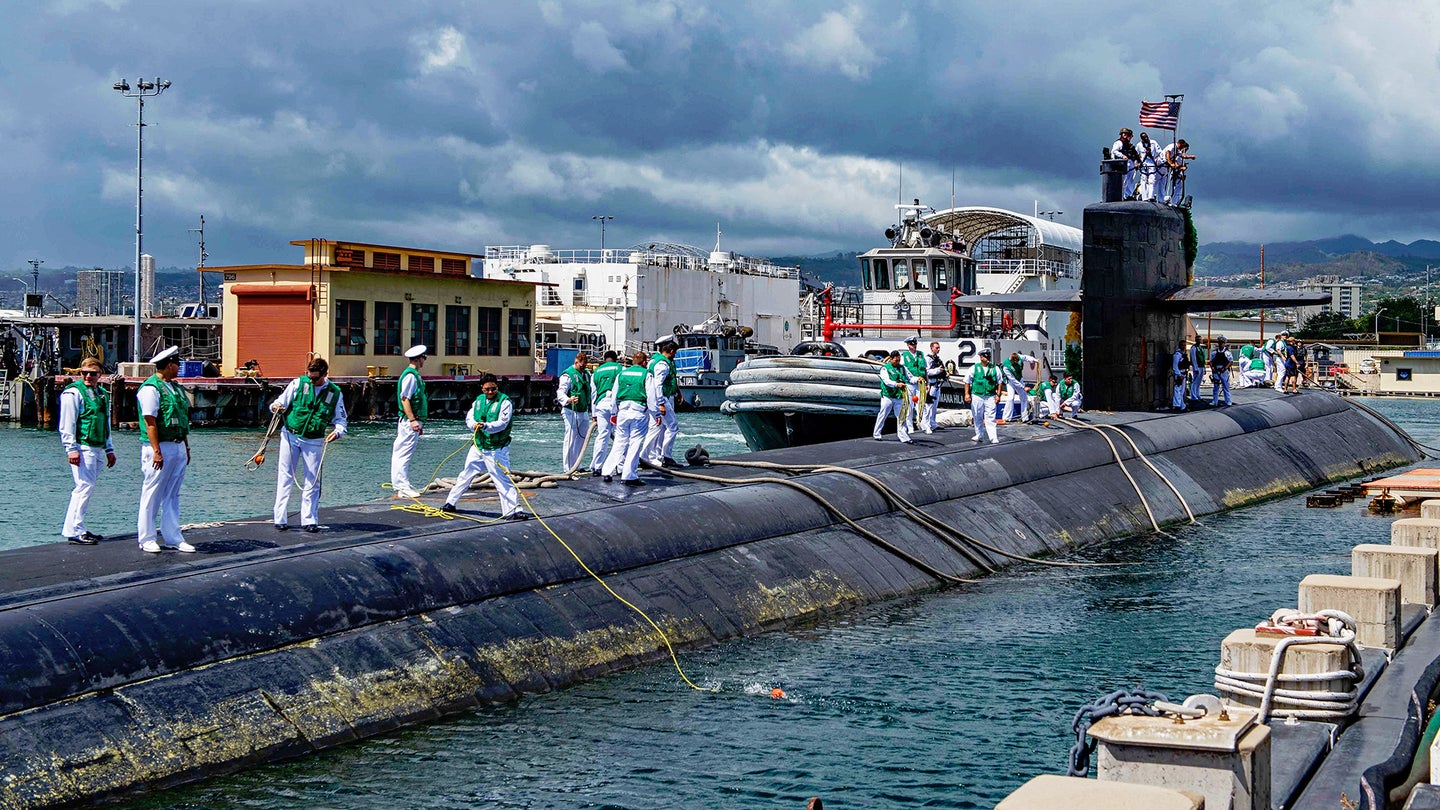 USS Olympia‘s twilight years have included a number of notable events, like being the first sub to launch a Harpoon anti-ship missile in decades. 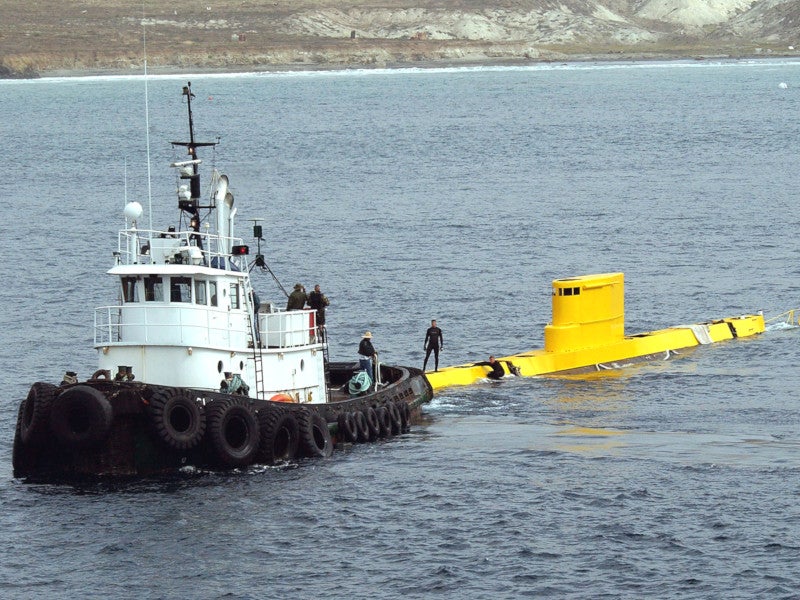 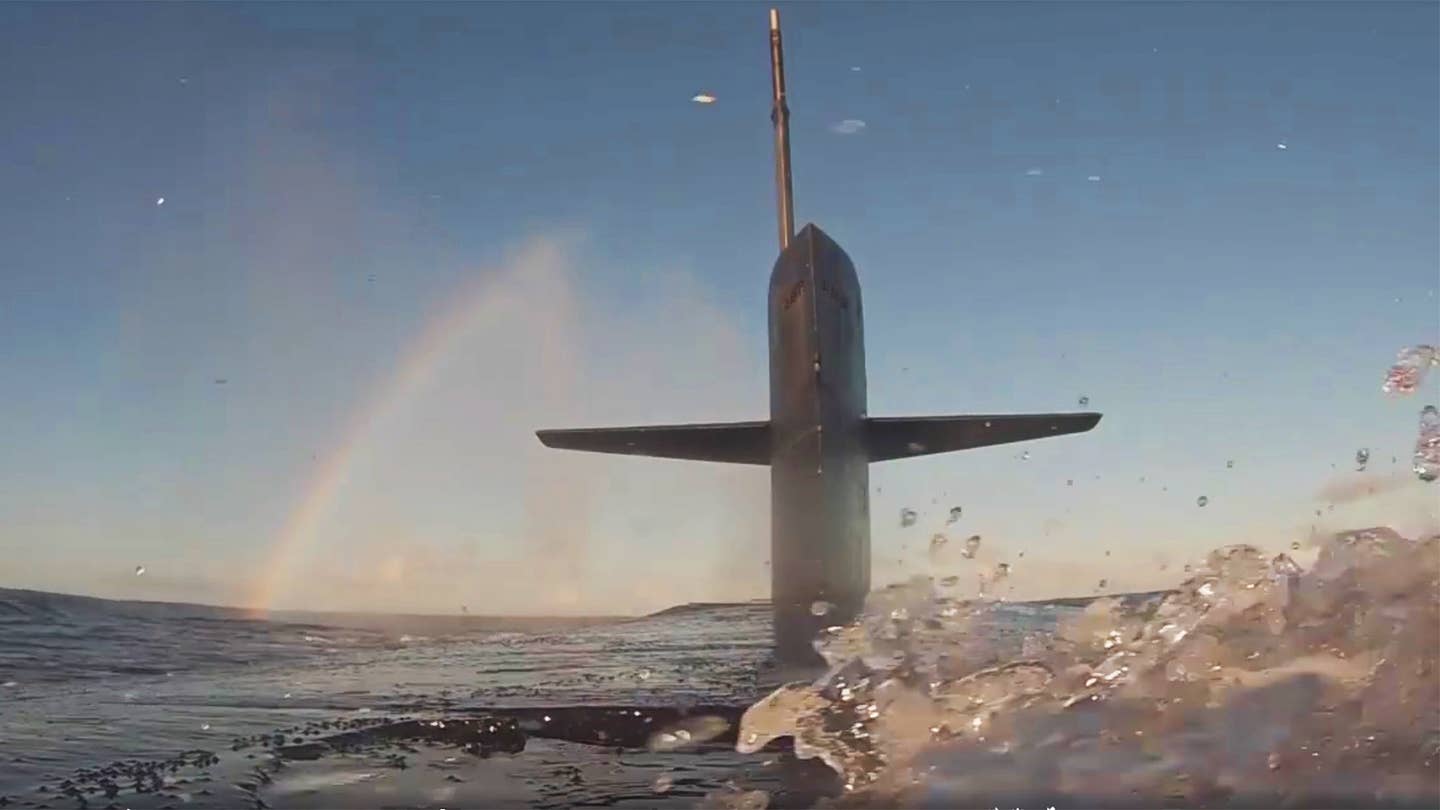