Want Uncle Sam To Get You Out Of Kabul? It Could Cost You Thousands Of Dollars… Or Maybe Not?

Generally, the US State Department is required by law to collect fees from private US citizens or foreign nationals it helps flee in a crisis.

As if things weren't bad enough for people trying to get out of Afghanistan via the country's Hamid Karzai International Airport, those who do manage to get onto a U.S. evacuation flight could be saddled with the additional burden of having to pay back Uncle Sam for the privilege. U.S. law not only allows for, but demands the U.S. State Department to seek reimbursement from private U.S. citizens and foreign nationals it helps evacuate in a crisis, even if they don't ride out on an American plane.

See the update at the bottom of this story for new details.

Politico's National Security Daily newsletter today highlighted this fact, noting that this is in spite of repeatedly public assurances that these flights would be free. At least one individual told the outlet that State Department personnel were asking for payments of up to $2,000 from American citizens and even more than that from other potential evacuees.

"U.S. law requires that evacuation assistance to private U.S. citizens or third country nationals be provided 'on a reimbursable basis to the maximum extent practicable,'" a State Department spokesperson confirmed to Politico "The situation is extremely fluid, and we are working to overcome obstacles as they arise."

In terms of U.S. law and established regulations, this is, unfortunately entirely accurate. The first part of the spokesperson's statement is identical to information the State Department provides on its own website.

"By taking a U.S. government coordinated transport, evacuees are obligated to repay the cost of their transportation," the website adds. "The amount billed to evacuees is based on the cost of a full fare economy flight, or comparable alternate transportation, to the designated destination(s) that would have been charged immediately prior to the events giving rise to the evacuation. Because different evacuation transports may go to different destinations, the cost of one transport may be different than another. We encourage people to leave on the first transport they are able and eligible to board."

The State Department does say that it offers loans to cover these costs upfront. "Generally, individuals evacuated on a U.S. government-coordinated transport, including charter and military flights or ships, even if those transports are provided by another country’s government, must sign an Evacuee Manifest and Promissory Note," according to the State Department. It is particularly notable given the context of the ongoing evacuation operations in Afghanistan, which involve multiple different countries, that this applies even if another nation is providing the transportation in coordination with American authorities.

The loans are extremely short-term, as well. The State Department website outlines additional fees and penalties that could start stacking up if a bill goes unpaid for just 30 days:

If this account becomes 90 days past due, then penalties will be assessed on the unpaid balance. Once a debt has been delinquent for 90 days, the debt will be referred to the Department of Treasury for collection and they may collect the debt via administrative offset of federal payment (e. g tax returns, social security), referral to a private collection agency, referral to credit bureaus, through administrative wage garnishment and/or through other actions permitted by law.

It's not immediately clear what provisions may be available to waive any of these fees. It is worth noting that U.S. government employees who are under official orders to evacuate from a country, such as staff from the U.S. Embassy in Kabul, are eligible for advances on their pay to cover immediate costs, but may also be required to reimburse their particular office at the end of the day. With regards to State Department personnel, specifically, "recovery of the indebtedness will be affected by the payroll office having jurisdiction over the employee's account unless a waiver of recovery has been approved," according to the most recent edition of the Department of State Standardized Regulations (DSSR).

Though clearly defined in the law and regulations, it's still hard not to see all of this adding insult to injury when it comes to what is happening in Afghanistan right now. American nationals and other individuals with valid U.S. passports, are struggling just to get safely to Hamid Karzai International Airport in Kabul, despite the U.S. government's insistence that it has assurances from the Taliban to let them through unmolested. The State Department itself has warned that it cannot ensure the safety of anyone trying to get to the airport.

At the same time, the U.S. military continues to say it has no plans to send troops outside of Hamid Karzai International Airport to actively gather up American evacuees, or any others for that matter. Meanwhile, British and French forces are doing exactly that, despite having more limited resources on the ground.

Other individuals, especially Afghans, many of whom may already be in increased danger from the Taliban due to their past work for the U.S. government, face even greater risks. Stories of the desperation of regular Afghan civilians trying to flee the country by air have been piling up for days. These range from an incident where individuals tried to cling to the outside of a U.S. Air Force C-17A Globemaster III cargo plane as it was taking off, which reportedly resulted in a number of subsequent deaths, to multiple reported instances of parents handing small children to U.S. and other foreign troops on the other side of the airport perimeter in hopes of at least saving them.

How the U.S. government expects many of these people, who may well be leaving with the only world possessions they have left, to pay back the price of an evacuation flight, is unclear. It's possible that Congress could pass legislation to waive or otherwise pay these costs. Even if lawmakers move fast, any such law could still take some time to go into effect, while, at the same, the clock will already be ticking on the repayment of evacuation loans before new fees and penalties are levied.

Until something changes, if you're a private American citizen or a foreign national hoping the U.S. government can help you get out of Afghanistan, you could soon find yourself out thousands of dollars. This is especially unfortunate for many Afghans who are leaving the country with little already to start a new life in a foreign land.

Just as this story was being published, Politico reported that it had received a new statement from State Department spokesperson Ned Price regarding this policy. “In these unique circumstances, we have no intention of seeking any reimbursement from those fleeing Afghanistan.”

Given Politico's earlier reporting, this appears to be a recent change in policy. It remains to be seen what will happen now to individuals who might have already paid or agreed to pay evacuation-related fees. 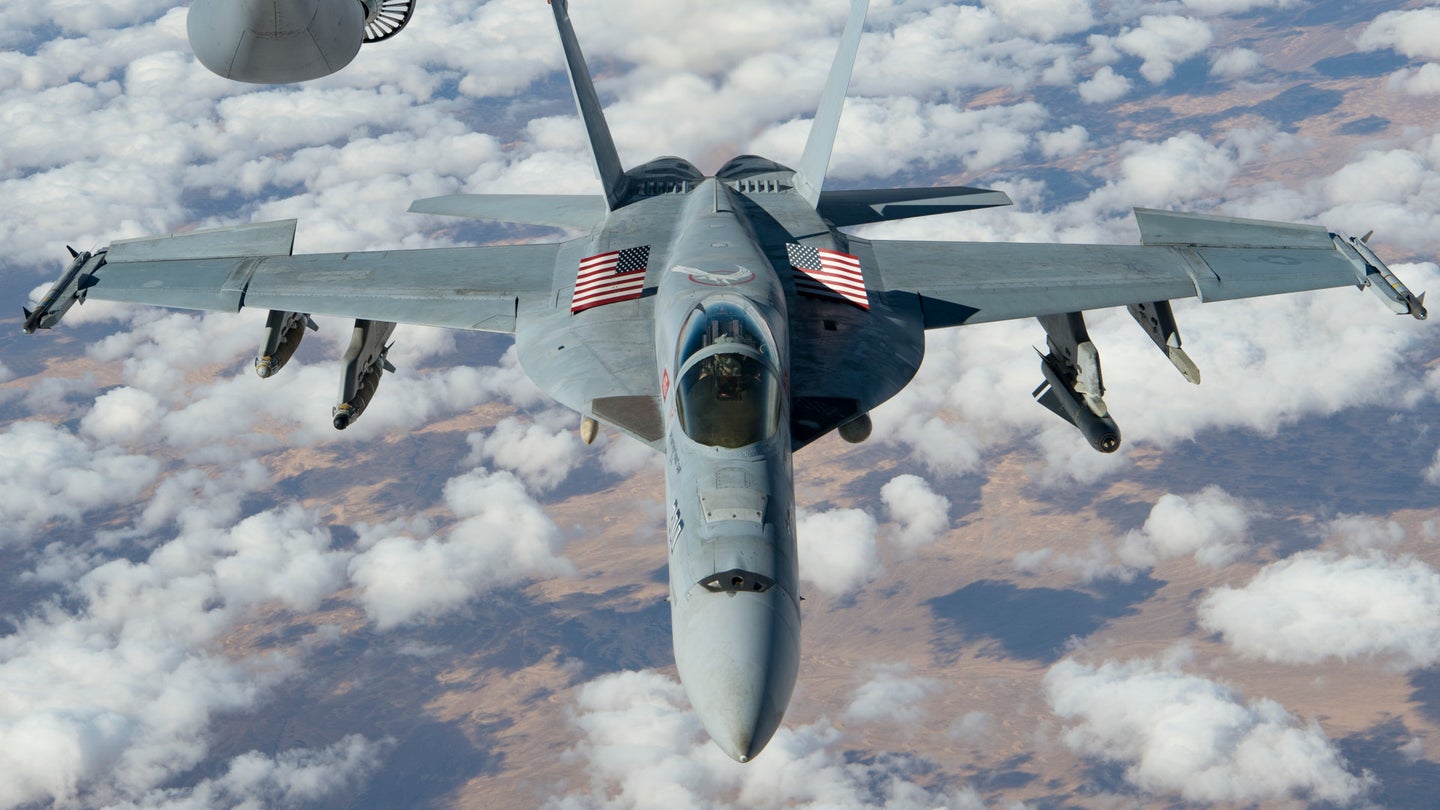 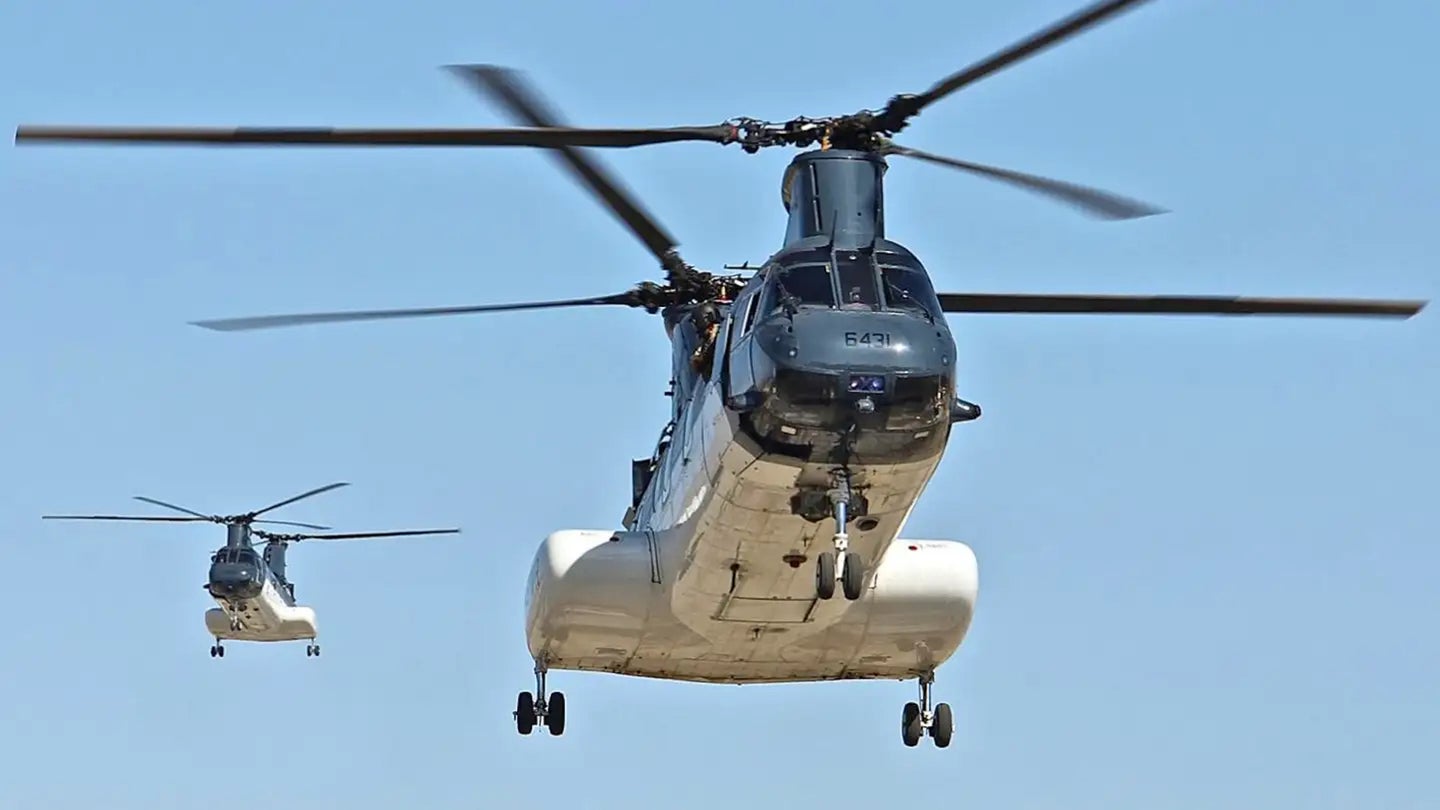 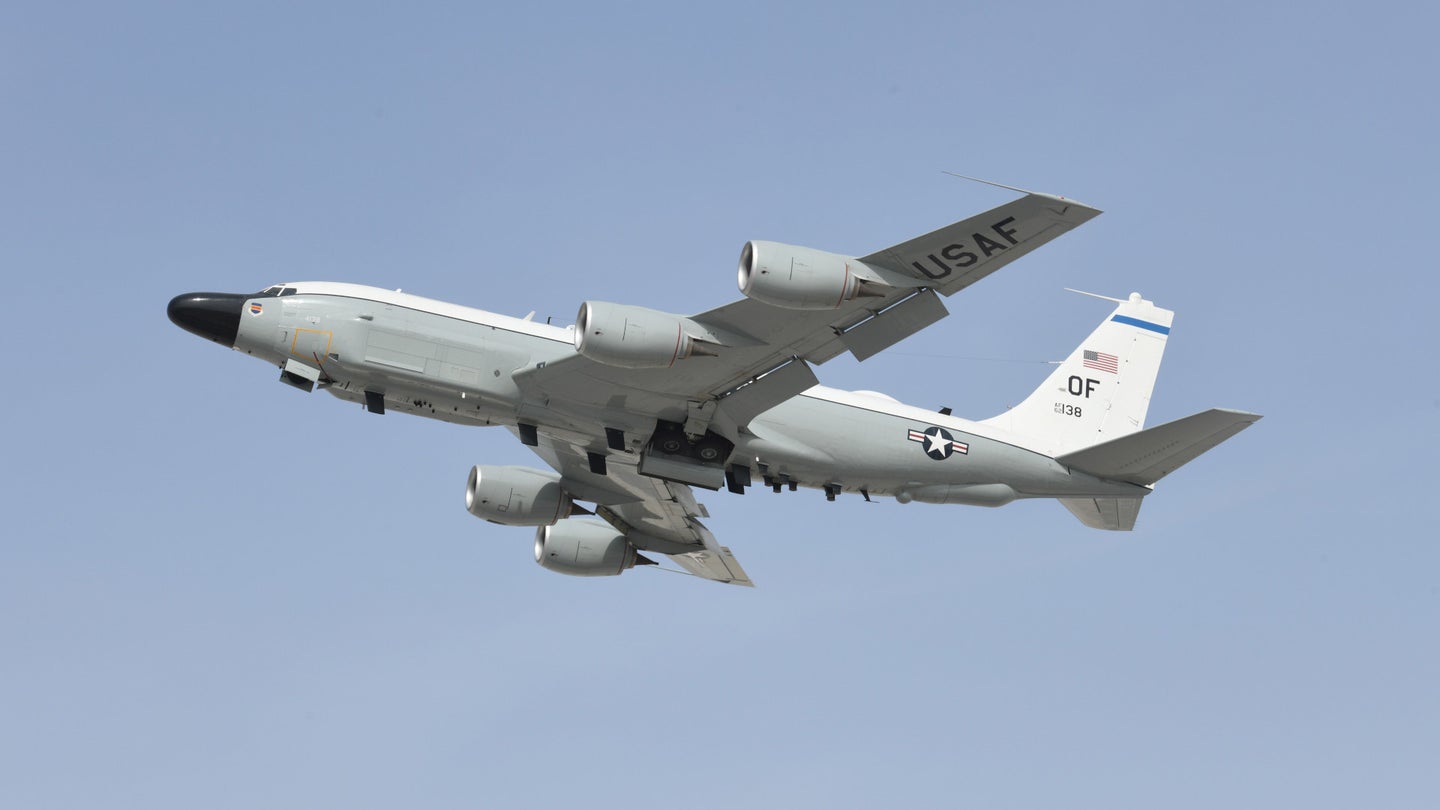 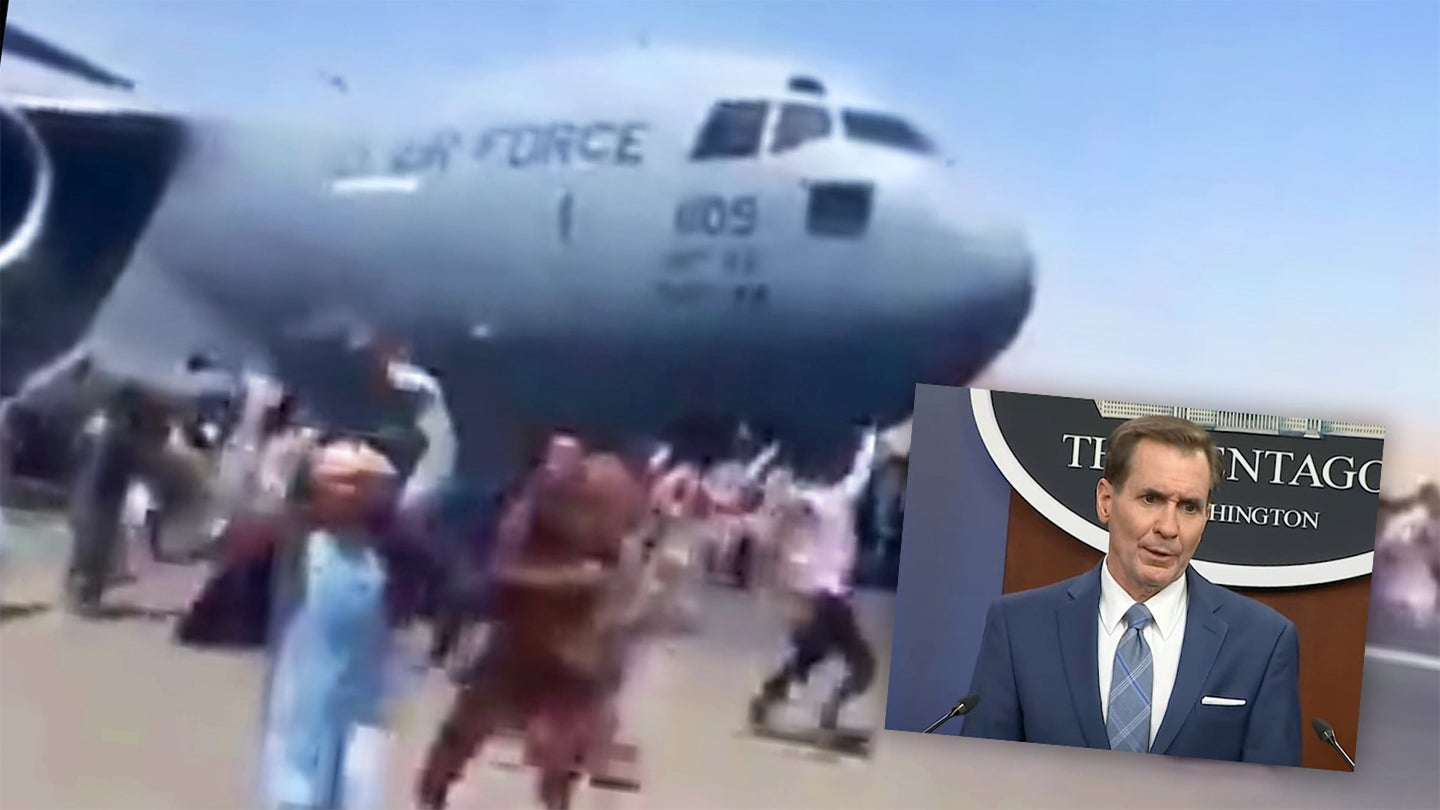 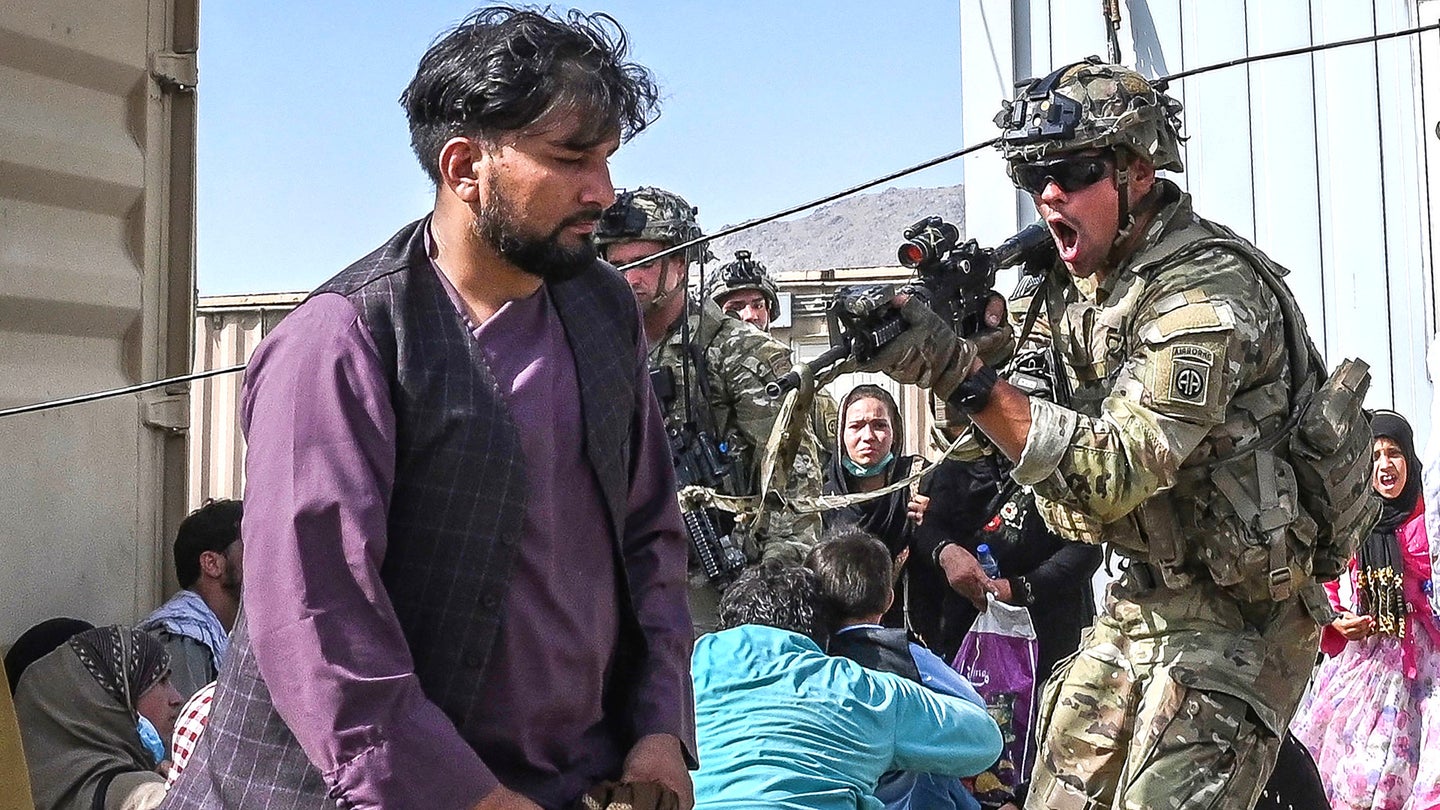