Any security perimeter or containment measures aimed at keeping U.S. aircraft and personnel safe at Kabul International appear to have failed. As thousands of Afghans flocked to the airport in a desperate attempt to escape the Taliban, they have now taken to the runway, in effect shutting down the evacuation operation.

Make sure to review our rolling coverage on the ongoing crisis in Afghanistan here to get up to speed. All further updates will be made on this post.

Video coming out of Kabul via Sowaibah Henifie shows huge crowds of Afghans swarming a C-17 that is taxiing while an Apache gunship flying just feet above the ground tries to push them away from the moving airlifter. These are clearly desperate measures.

This all is happening as the Taliban are now flooding Kabul and setting up checkpoints around the airport. Gunfire is said to be near-constant around the airport's grounds. We could be looking at an unprecedented crisis here, one that was far from unforeseeable.

We will continue to update this page as new information comes available.

It appears that Kabul is now uncontrolled. We don't know exactly what this means for the evacuation operation, but this would mean that all commercial flights are on their own even if combat controllers are still controlling U.S. military aircraft. We don't even know if that is the case.

A larger question is also emerging—with Apaches, Chinooks, State Department helicopters, and other rotary-wing assets still operating out of the airport, how will they be airlifted out? That may be impossible considering the rapidly degrading security situation. We have seen HH-60 Pave Hawks at Kabul, as well, but they have in-flight refueling capability. One would imagine that they would be destroyed in place if there is no time or infrastructure for an airlift and if Pakistan is unwilling to host them and provide security for them and their crews. Very unfortunate situation.

More importantly, we have no idea how many Americans or other people that are on the U.S. evacuation list are still left in Afghanistan at this time. Force protection components will still need to be removed, as well, which is the most dangerous evolution of all in these types of situations as they are the last to go.

We cannot authenticate this video, but it appears to show two things falling from the wheel well of a C-17. Likely people who had hung onto a C-17 during takeoff and fell to their death:

Another view of the Apache runway clearing operations:

As suspected, this likely explains what we are seeing falling from the departing C-17:

The runways are also now FOD'd, making movements dangerous on them by jet aircraft, and especially airliners. The question of how the final U.S. forces will exist is becoming more of a concern. The best option would be pulling them out via runway-independent aircraft like helicopters and V-22s, but there is unlikely to be anywhere near the capacity needed to do so.

You can expand and read this tweet thread for my thoughts on the growing challenges of pulling the final security forces out:

Another video has surfaced showing people clinging to a C-17. This is so dangerous for those around the jet and those onboard. Amazing seeing these videos in a terrifying way.

Another video showing people falling from the C-17 on departure. Terrible to see this:

We have concluded our updates to this story. You can find our latest coverage of the still-ongoing crisis in Afghanistan here. 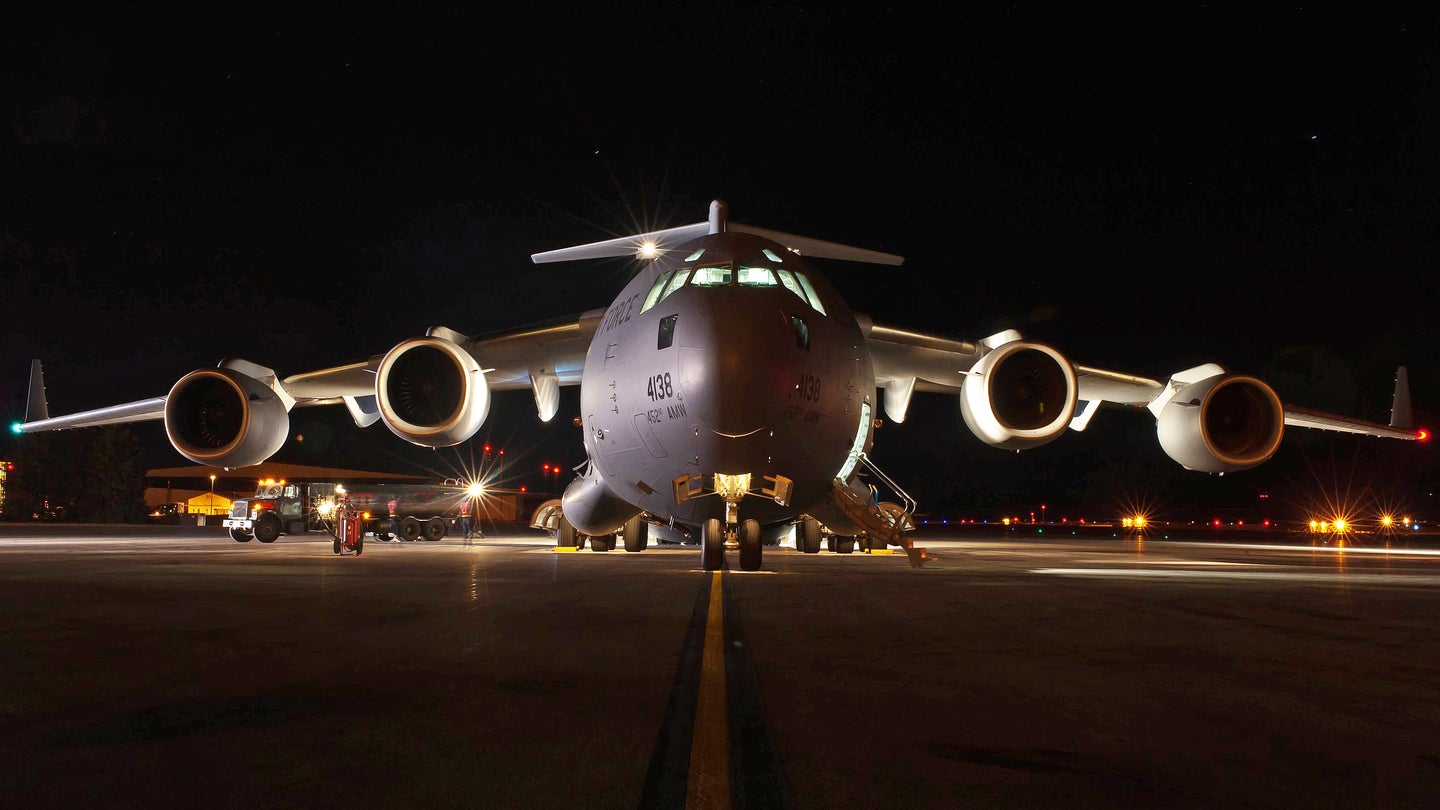 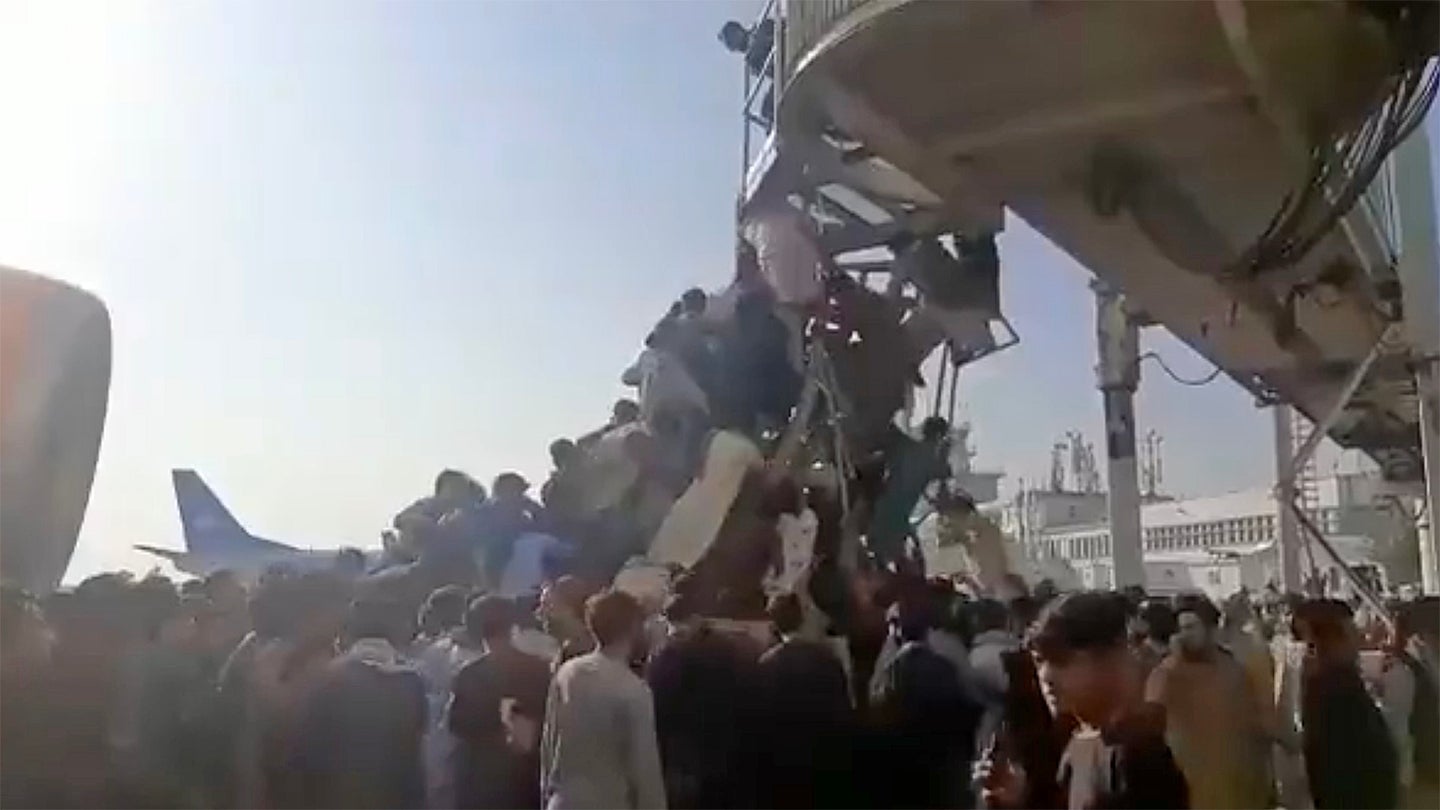 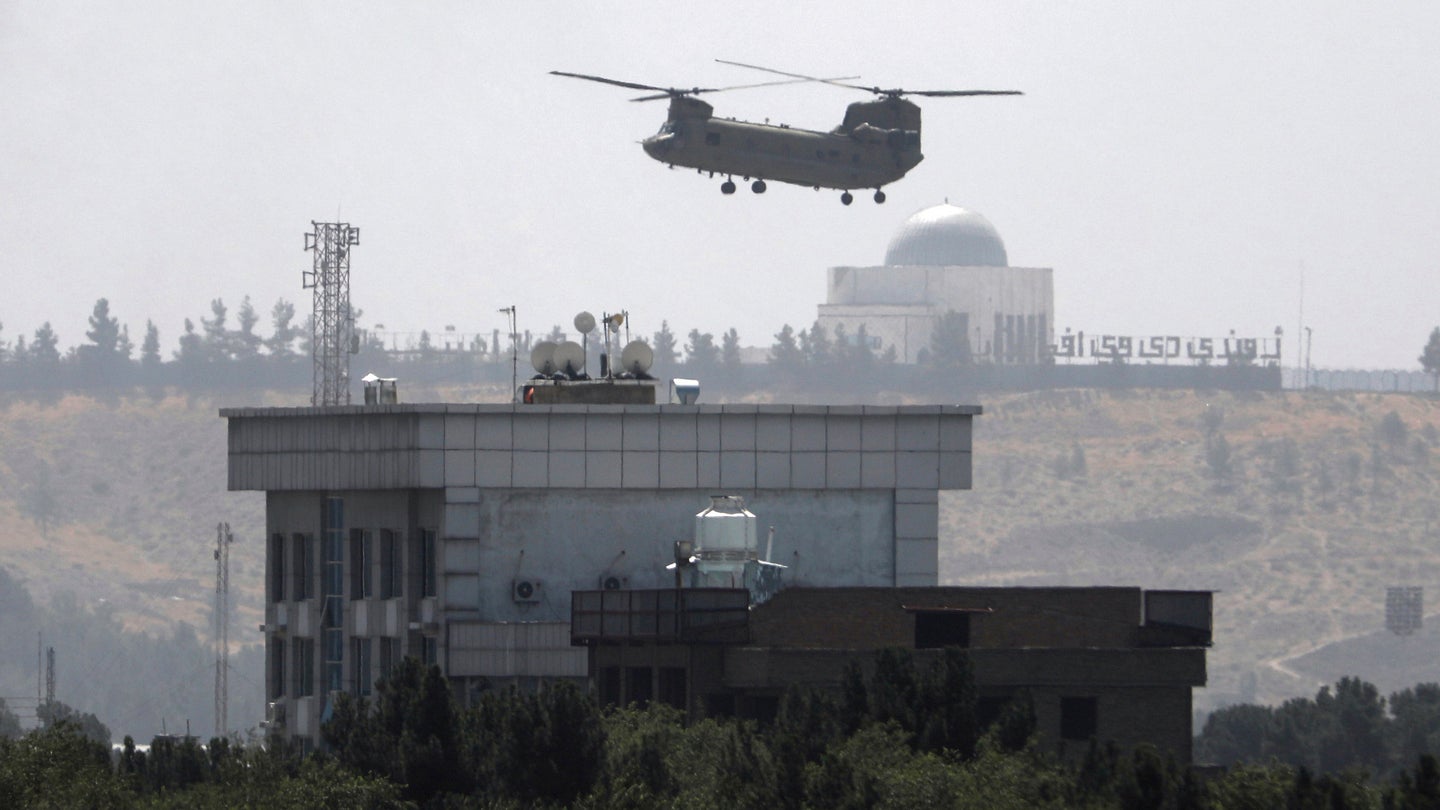