Things are heating up in the Med. 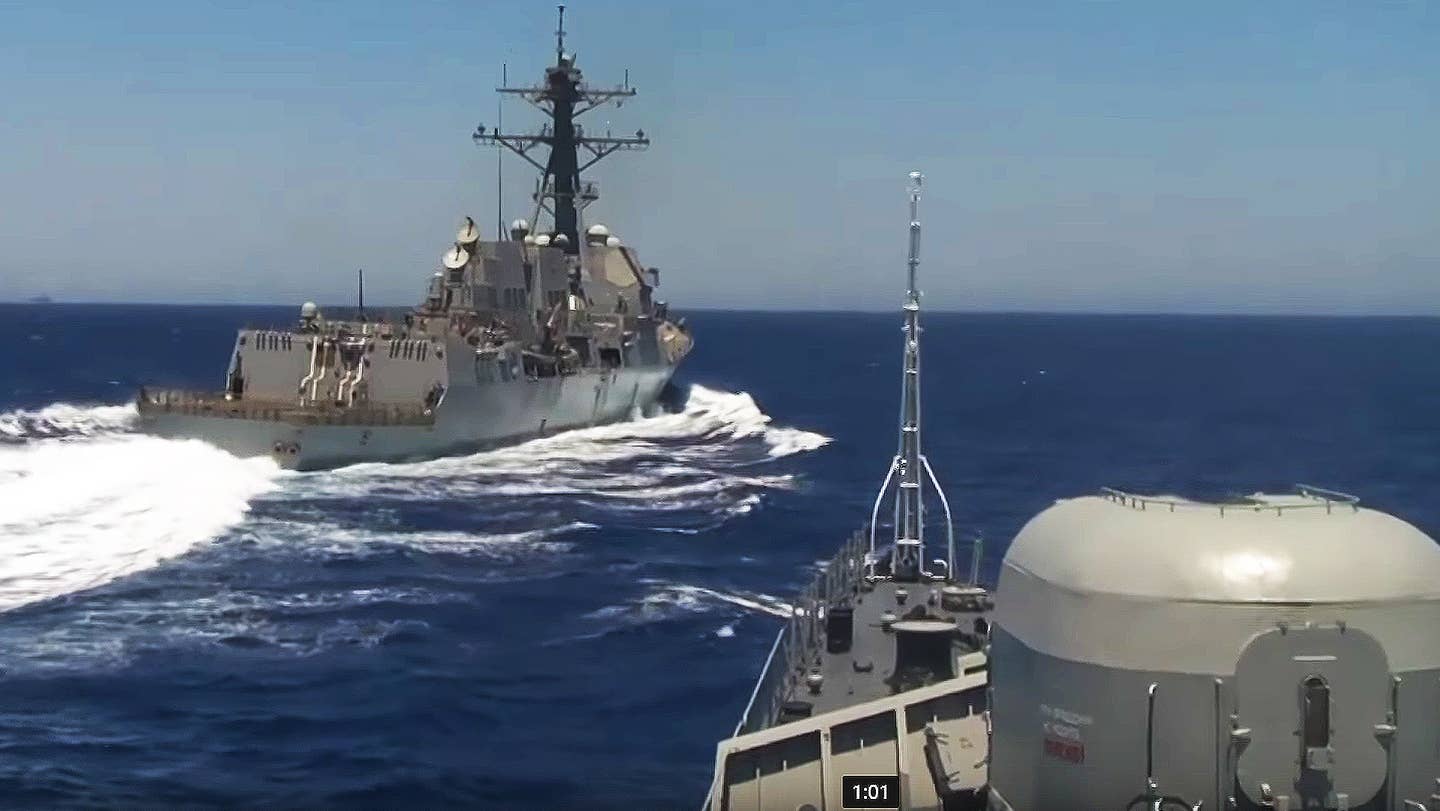 The Arleigh Burke class guided missile destroyer USS Gravely had a close encounter with the Russian Neustrashimy class frigate Yaroslav Mudry—an encounter that Russia is claiming was dangerous. The incident occurred on June 17 in the eastern Mediterranean Sea, where the USS Harry S. Truman has been on station striking ISIS from Syria’s western shore. It is the first time since 2003 that a US supercarrier has run strike operations from eastern Mediterranean.

Russia’s Defense Ministry says that the Gravely breached international navigation safety rules by coming dangerously close to the Yaroslav Mudry. The destroyer supposedly approached alongside the Russian frigate while in international waters, then cut across its bow at a distance of about a ship’s length. Russia says that the Yaroslav Mudry did not deviate in course or engage in maneuvering with the US destroyer.

In particular, Russia says that the Gravely violated International Regulations for Preventing Collisions at Sea on two counts. First, the ship did not adhere to Rule 13, which states an overtaking vessel needs to keep out of the way of the vessel being overtaken. According to Russia, the Gravely also broke Rule 15, which dictates that a vessel on the starboard side must yield and not cross ahead of another ship.

Here is the video Russia has posted of the event in question:

While we often hear about aerial confrontations between nations—especially between the US and Russia—this is far from the first time Russian and US Navy vessels have had a close encounter. In fact, during the Cold War the two foes’ naval vessels traded paint on occasion.

Russia is clearly not happy that the US has stationed a Carrier Strike Group off the shores of Syria, where it maintains its strategic port in Tartus and an air base south of Latakia. There have also been new signs that Russia is spinning up its fixed-wing warfighting capabilities in Syria once again, and an attack on a US-backed rebel outpost along the Jordanian border under very peculiar circumstances was an ominous sign of this and the ambiguous relationship between Russia and the US.

The War Zone predicted that Russia would respond directly to the presence of a Carrier Strike Group executing air strikes from the eastern Mediterranean, and we are likely seeing it in these acts. The Yaroslav Mudry, which is part of the Baltic Fleet, was supposedly sent into the med to bolster Syria’s flotilla operating near Syria. This group of ships has ranged from a hodgepodge of amphibious ships and corvettes to one made up of frigates and a Slava class cruiser in the recent past.

With both the Russians and the US operating in the waters off Syria the possibility for close encounters only increases as does the general volatility of day-to-day operations. And with two American Carrier Strike Groups in the Mediterranean at the same time, there is no shortage of American firepower in the region.

We still don't know the US Navy's side of the story. Was the Gravely trying to head-off the Russian frigate for a certain reason? What were radio communications like if there were any at all? Hopefully the USN will respond to Russia's claims surrounding this incident quickly. We will keep you informed as more information comes available.