The Air Force typically uses high-performance chase vehicles, not SUVs, to help U-2 pilots get back on the ground safely.

Just over a week ago, a video emerged showing U.S. Air Force personnel apparently using a 2021 Ford Bronco as a chase vehicle for a U-2 Dragon Lady spy plane. While the new Bronco may be the 'hottest car' in America, it is a far cry from the kinds of vehicles the service typically uses to help pilots flying U-2s, which are notoriously finicky and even potentially dangerous to land, get back down on the ground. Since the clip appeared online, readers have been asking us about it, and here is what we have been able to find out.

The video, shot by Rob Holland of Rob Holland Ultimate Airshows, was filmed at this year's EAA AirVenture Oshkosh air show, which ran from July 26 until August 1. The show, which is put on by the Experimental Aircraft Association (EAA), takes place annually at Wittman Regional Airport and the adjacent Pioneer Airport in Oshkosh, Wisconsin, though it was canceled last year due to the COVID-19 pandemic. One of this year's "Platinum Level" sponsors was Ford, who brought a number of examples of its recently rebooted Bronco — the first vehicle from the company to carry that name in 25 years — to the event.

During the air show, a two-seat TU-2S trainer – only four of which are still in service following a crash in 2016 – from the 9th Reconnaissance Wing at Beale Air Force Base in California, the Air Force's main hub for Dragon Lady operations, performed a fly-by, as well as a simulated landing approach. The plane never actually put its wheels on the runway, even for a touch-and-go, instead executing an option pass.

For the purposes of the show, one of the Broncos was made available to some Air Force personnel so they could drive it out onto the runway behind the TU-2S as a mock chase car for the simulated landing. In the video, the driver is seen wearing a hat with the logo of Lockheed Martin's Skunk Works advanced projects division, which was responsible for designing the U-2 in the 1950s and is still deeply involved with the aircraft after more than six decades of service with the Air Force.

You can catch glimpses of the Bronco trailing behind the TU-2S in the videos below, as well, which were shot from the sidelines at this year's EAA AirVenture Oshkosh air show.

During a real U-2 landing, another U-2 pilot follows closely behind on the runway in a chase car, providing approximate altitude and other important information to the person actually in the cockpit via radio communications, as you can see in the video below. The Dragon Lady provides the pilot with limited downward visibility and has an unusual landing gear configuration, with just two pairs of wheels along the centerline of the fuselage. All of this, combined with its extremely efficient and very long wing design that provides copious amounts of lift, keeps the plane in the air even at relatively low speeds. As a result, it makes getting the Dragon Lady down and keeping her there challenging, as you can learn more about here.

There's no indication that the Air Force is considering adding Broncos to its existing fleets of chase cars to help with any real U-2 landings in the future. The War Zone reached out to the 9th Reconnaissance Wing for more information about the use of the Bronco at the show soon after the video appeared online, but has not yet received a response.

The service has historically used high-performance cars, including types derived from police cars, for this purpose. Various models of the Dodge Charger appear to be increasingly the default platform for this job, though Tesla Ss, among other types, have been observed in use in recent years, as well.

Also, in the video, we see the Bronco hit a speed of 93, which may be moving quickly for an SUV, but it's not exactly the type of high performance that is required when turning onto an active runway while accelerating and chasing down a flying aircraft.

So, the Bronco is not the best vehicle for the job. Far from it, really. Here's what The Drive's Kristen Lee had to say about the Bronco's on-road performance, which she described as "truckish," overall, after having an opportunity to take one out for a spin earlier this year:

I thought first and second gear felt particularly short, as the engine demanded I shift sooner and at higher rpms than I was used to in other manual cars I've driven. This is probably good for low-speed off-roading, but accelerating to 40 mph from a stoplight meant I was shifting a lot.

But there's no getting around it: The two-door Bronco has an extremely truck-like quality to the way it handles the paved stuff. It drives like it's big because it is. It rattles over bumps, dives during braking, and was rather ungainly on curvier roads.

So, while the video from the EAA AirVenture Oshkosh air show is certainly cool to watch, if you're a current owner of a 2021 Bronco, or are looking to become one, and was hoping to tell people about driving the same vehicle the Air Force uses to help U-2s land, you're out of luck. 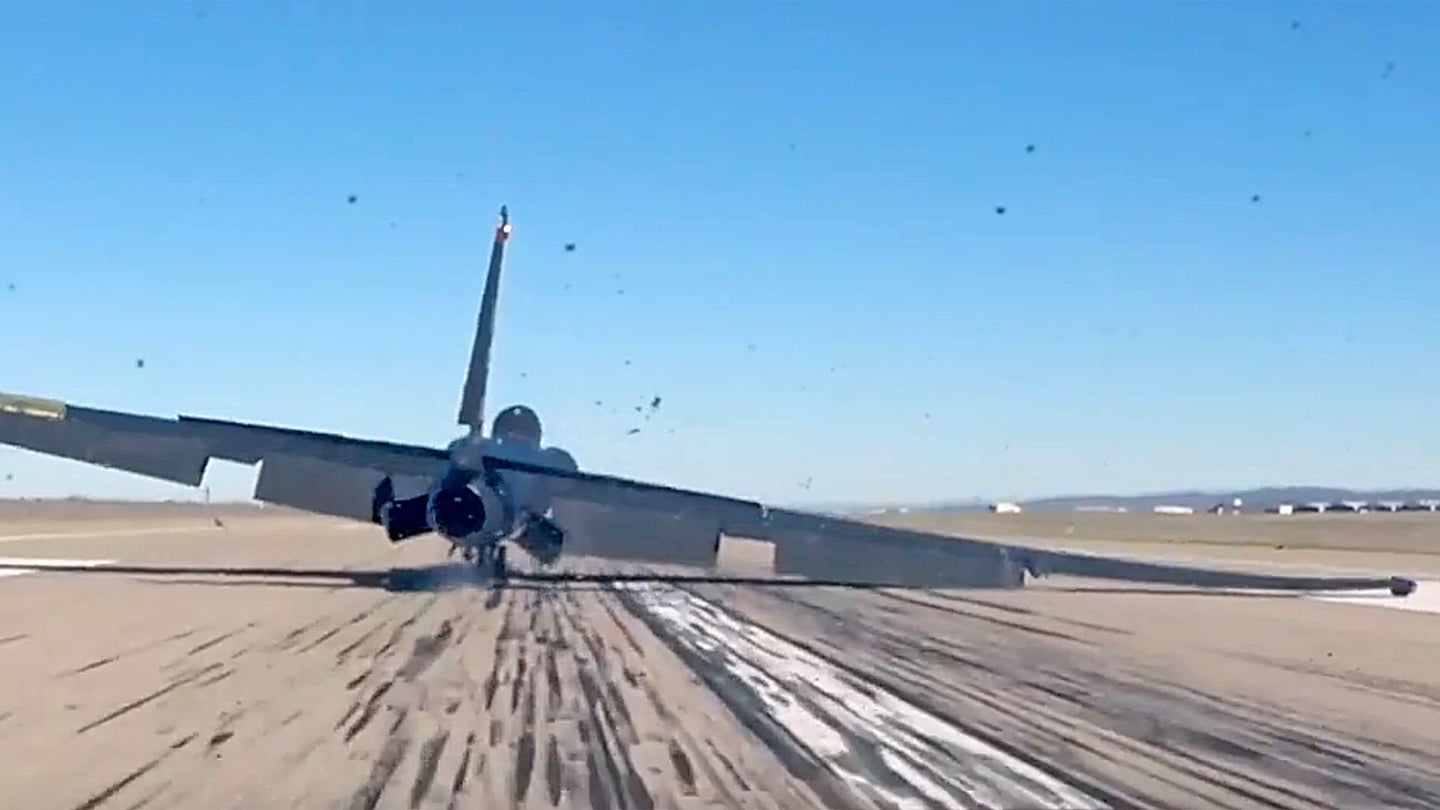 Veteran U-2 pilot describes what it takes to enter the elite cadre of Dragon Lady drivers, including learning to land the notoriously touchy jet. 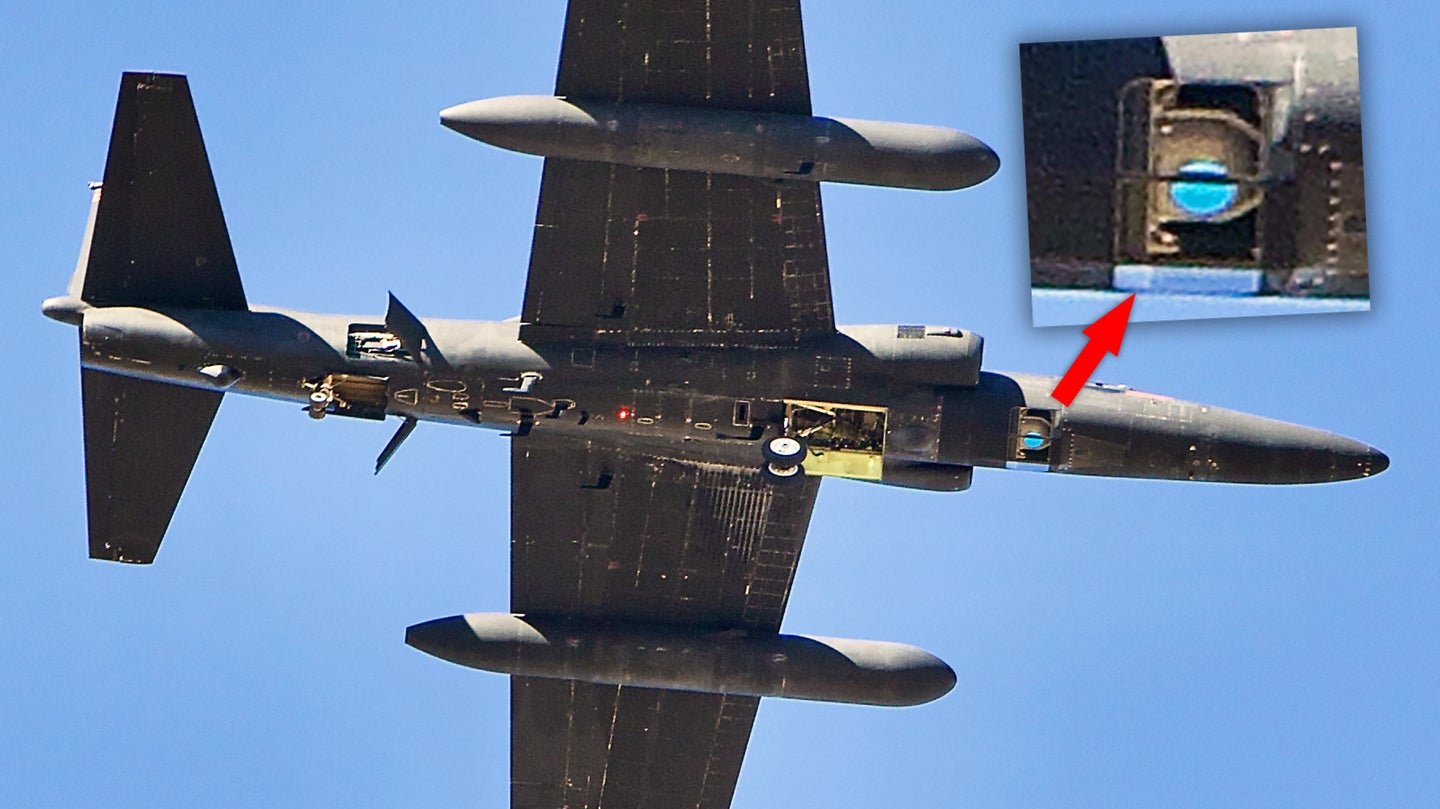 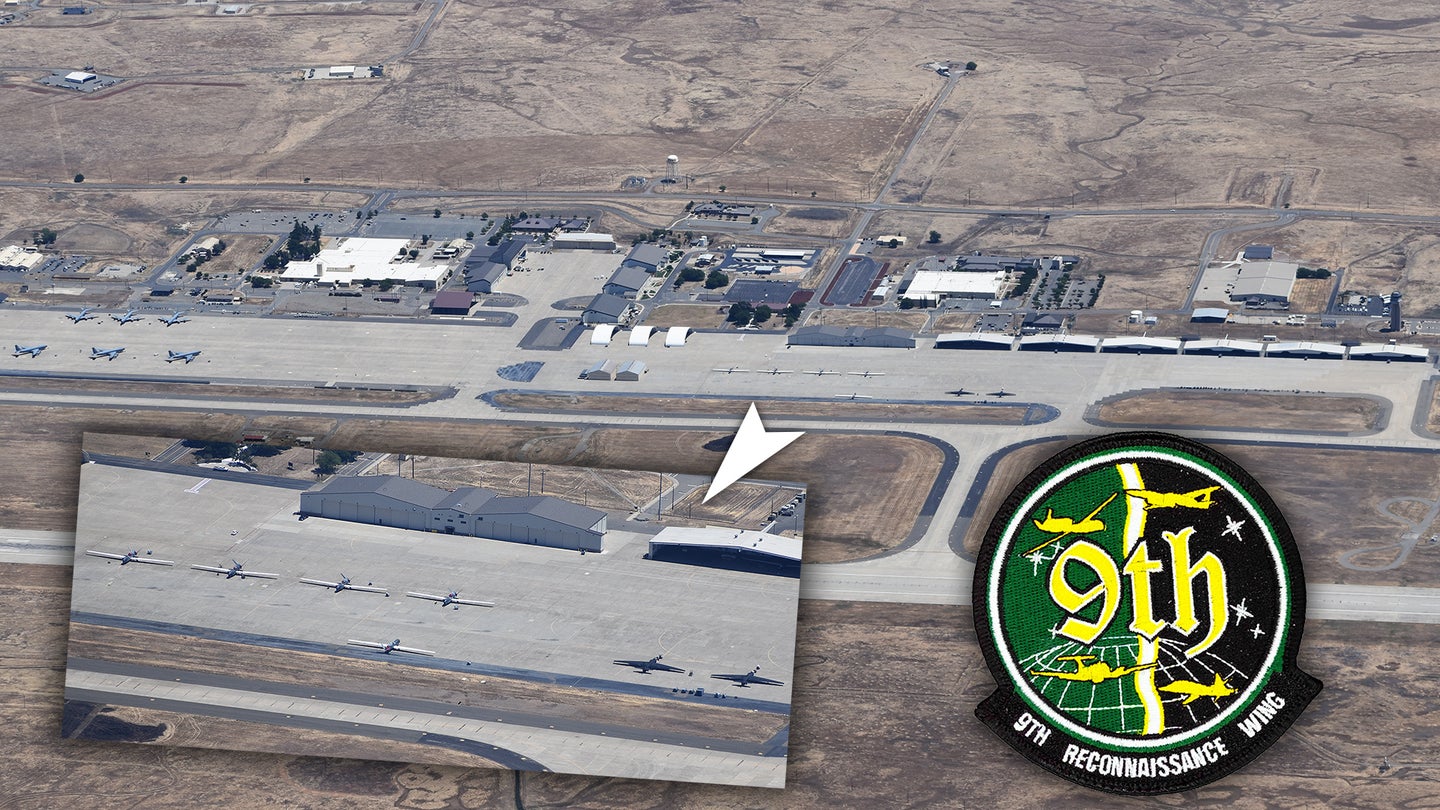 The images show Global Hawks and U-2 spy planes scattered around the ramp, and an interesting upgrade that may point to a new shadowy resident.