The Navy is looking to buy dozens of smaller amphibious warships to support the Marine Corps’ new expeditionary concepts of operations.

Austal USA has unveiled its design for a new Light Amphibious Warship, or LAW, for the U.S. Navy. The proposal, which recalls some of the classic tank landing ships of the past, is being pitched to meet a requirement for up to 35 new amphibious vessels that are intended to support the Marine Corps’ pivot toward distributed operations.

The Austal design was presented at the Sea Air Space 2021 maritime exposition, which took place from August 2-4, at the Gaylord National Convention Center, Maryland. A model of the Austal LAW was shown on the company’s stand, revealing its bow ramp and a shallow draft, which would allow it to pull up onto the beach to rapidly offload its cargo, enabling rapid access to shore independent of any dock infrastructure. The ships also have a prominent flight deck at the rear. Previously, the Navy had been looking heavily into a roll-on-roll-off design with a stern ramp, although Austal seems to have opted for a more traditional landing ship design.

While its adaptations for beach assault recall World War II-era tank landing ships, the Austal LAW also features a host of adaptations for modern warfare, the company says, including comprehensive self-defenses, with gun mountings fore and aft visible on the model.

Austal’s LAW is designed to have a range of 4,000 miles without refueling and to have good seakeeping to transit long distances across open oceans. Vertical replenishment will be possible, allowing the transfer of supplies by helicopter. In addition, the design is intended to be able to accommodate drones, apparently vertical takeoff and landing (VTOL) types operated from the raised rear deck.

In terms of dimensions, the ship is around 390 feet long, with a displacement of just under 5,000 tons. Around 10,500 square feet of deck space is available for vehicles and other mission cargoes, according to Naval News. The dimensions of the ship are therefore larger, but not necessarily by much, compared to the Army’s Logistics Support Vessel, or LSV, which is 273 feet long, with a 4,200-ton displacement. Derivatives of the LSV, known as Bacolod City class, are also operated by the Philippine Navy, and notably feature a helipad at the rear, as well.

Of the Army's eight LSVs, the last two, which form a distinct subclass, feature much more hydrodynamic bows compared to the first six ships. This, combined with improved engines producing around double the horsepower of the earlier vessels, an onboard system to generate fresh water in significant quantities, and expanded living spaces, gives them increased performance on the open ocean and a maximum range of around 6,500 miles.

It's interesting to note that Austal's proposed LAW design has a very similar bow.

The Marine Corps describes the LAW as a vessel that can “fill the gap in capability between the Navy’s large, multipurpose amphibious warfare/L-class ships and smaller short-range landing craft such as the Landing Craft Utility and the Landing Craft Air Cushion.”

“LAW is to be a low signature, beaching, shore-to-shore vessel with intra-theater endurance capable of operating independently or in collaboration with other surface ships, other LAWs, joint task forces, or coalition forces in contested environments in support of Distributed Maritime Operations, Littoral Operations in a Contested Environment/Expeditionary Advanced Base Operations across the competition-conflict spectrum,” the service adds.

“LAW, whether operating in groups or on independent deployments, is key to implementing a new Marine Corps operational concept called Expeditionary Advanced Base Operations (EABO),” Austal added. The EABO concept has been geared around potential future conflict scenarios with China in the Western Pacific. It calls for the Marine Corps to have reinforced platoon-sized units that are able to maneuver around the theater, hopping from island to island, and also taking on non-traditional tasks such as launching anti-ship missiles and conducting anti-submarine warfare. Together with the Navy and other forces, the idea is to deny sea control to enemy forces. Specific details of how EABO is expected to work have been examined by The War Zone in the past, here and here.

It's worth pointing out that the U.S. Navy had operated Landing Ship Tank (LST) type ships for decades, which had front-opening bows and were capable of coming right up the beach. However, it decommissioned that last of those vessels, the members of the Newport class, which were substantially larger than what the Marines are interested in from the LAW, in the 1990s. Other countries, including Russia and China, continue to operate LST-type ships of various sizes.

The Navy has so far issued concept design contracts to five companies, including Austal USA, and plans to release a Request for Proposals (RFP) for the detail design and construction contract in the second quarter of FY2022. The other companies involved in the concept design phase are Fincantieri, Bollinger, TAI Engineers, and VT Halter Marine. The last of those companies was notably responsible for building the U.S. Army’s LSVs and the Bacolod City class for the Philippines.

Austal USA has its own history supplying vessels to the U.S. military, being the manufacturer of the U.S. Navy's Independence class Littoral Combat Ships (LCS) and Spearhead class expeditionary fast transports. There are only four more Independences under construction or on order and three additional Spearheads being built or otherwise in pipeline, with no clear plans for the Navy to buy more of either type. As such, a LAW contract could be particularly important for the company.

Under the LAW program, the Navy plans to buy a class of between 24 and 35 new amphibious ships to support the Marine Corps, particularly in implementing the new EABO operational concept. If all goes to plan, the first example of these new warships would be procured in Fiscal Year 2023, and the FY2022 budget requests $13.2 million in research and development funding for the program.

The LAW ships, clearly, would play a significant role in these kinds of operations and would be sized to accommodate these smaller Marine units, delivering them rapidly between smaller islands, or wherever else they were required. As well as their essential utility to EABO in the Marine Corps’ mind, the LAW is also part of a more general push by the Navy to get away from its reliance on a relatively small fleet of larger amphibious warships, which you can read more about here.

While the Navy’s current amphibious warships can also deliver smaller parties of soldiers and their equipment, these vessels are typically configured for larger assaults from standoff distances from the shore, are also much more expensive to procure and operate.

The Navy wants to spend around $156 million on buying the first LAW, after which the unit price should drop to about $130 million. The cost of a brand-new America class assault ship, by contrast, is around $4 billion. What’s more, while the larger amphibious warships require bigger, specialist shipyards for their construction, LAWs could be produced more rapidly in smaller shipbuilding facilities, too, if the program needs to be accelerated.

Whichever route the Navy takes, it seems the service is set on introducing an all-new type of amphibious vessel, and one that could well help revolutionize the way the Marine Corps goes into battle. 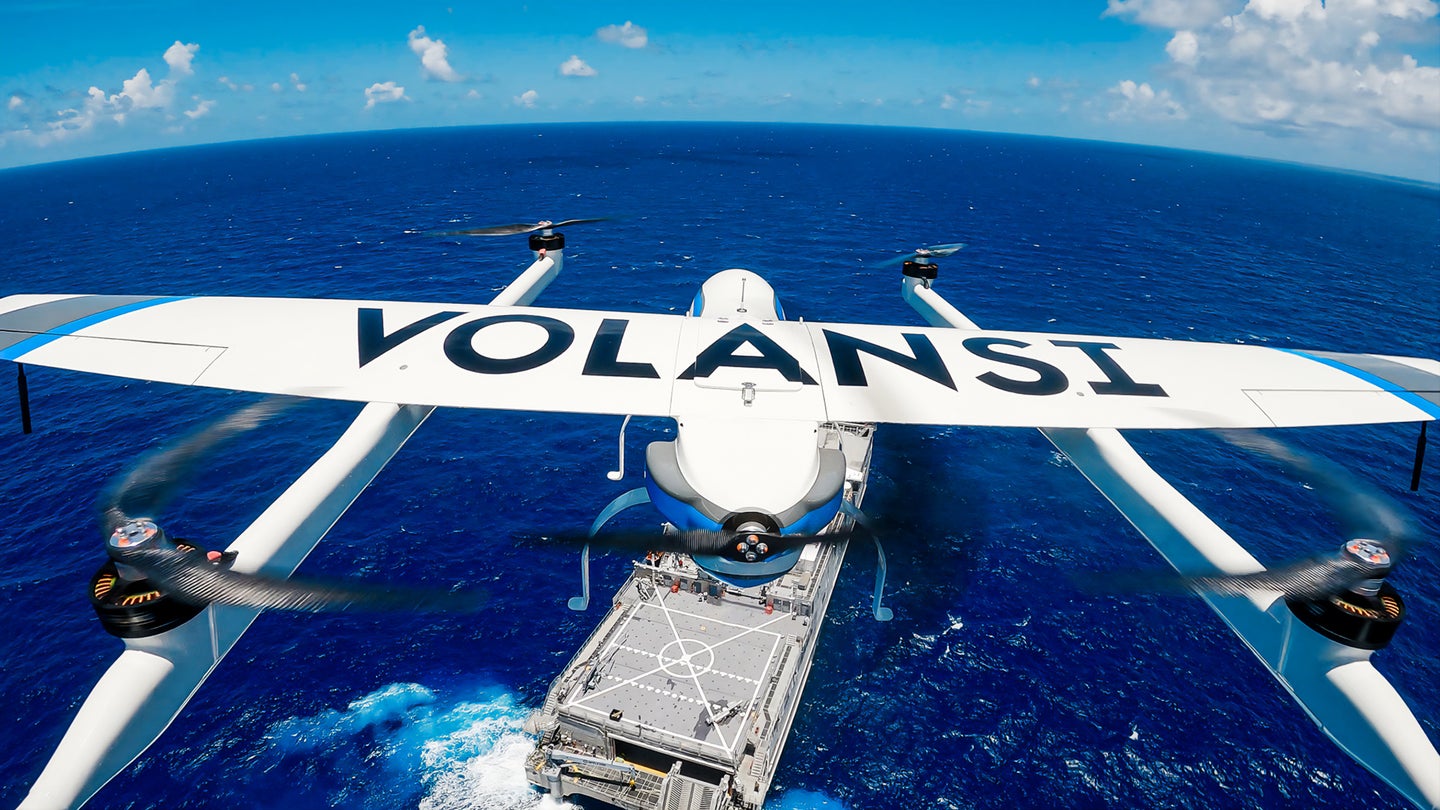 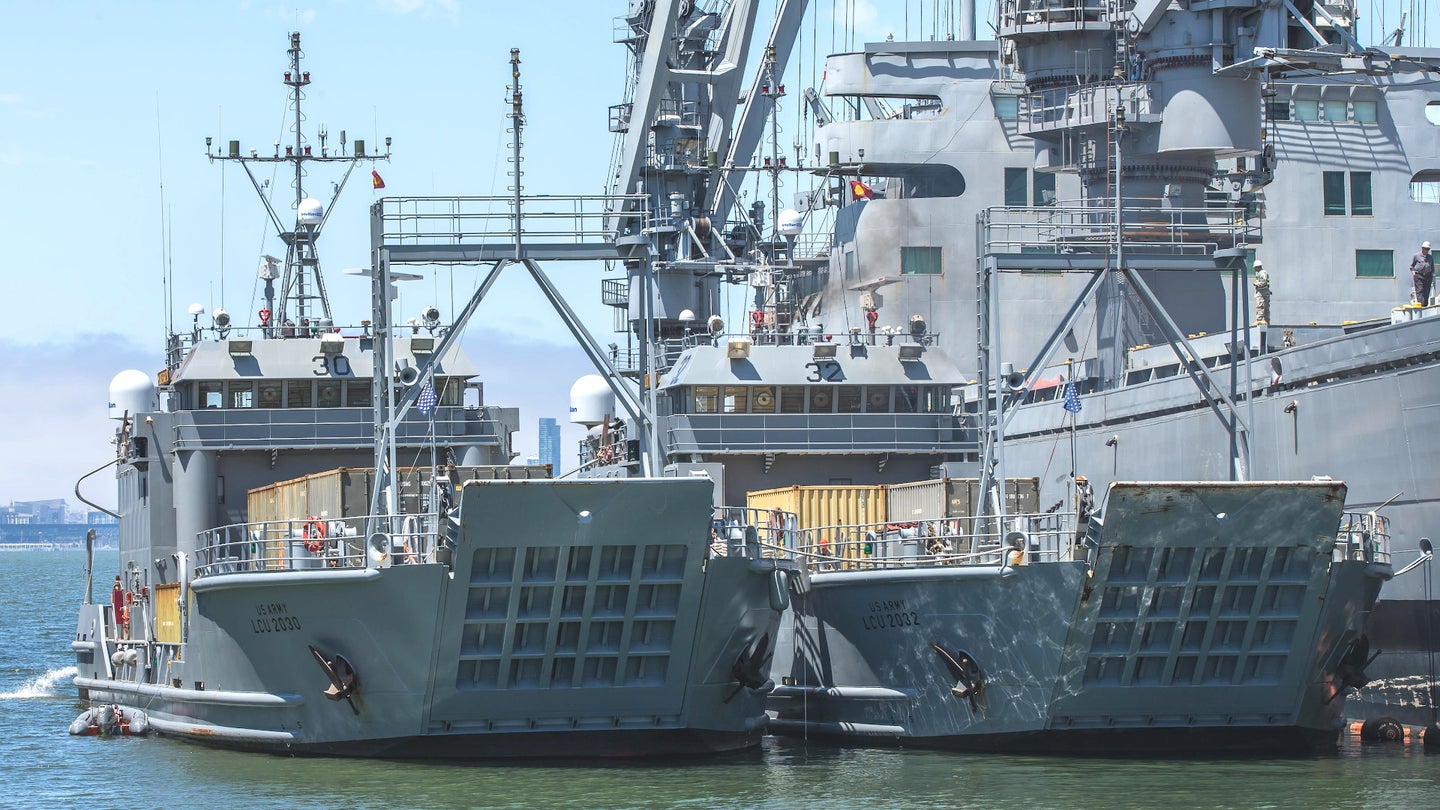 Two years ago, Congress forced the Army to halt similar plans to divest some of these vessels, which would be important in a peer state conflict. 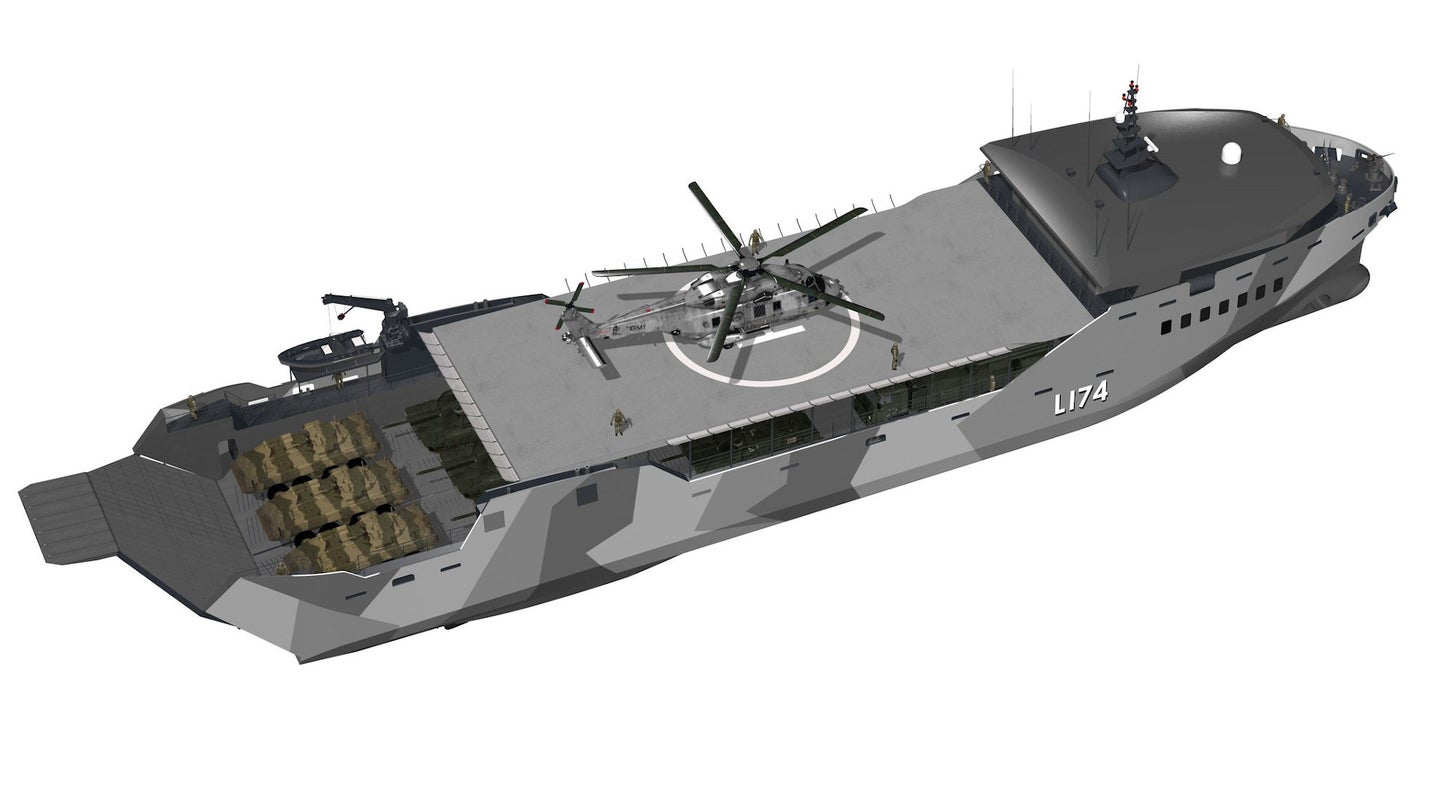