The Danish Navy described the situation as “dramatic” as the submarine Orel drifted towards its territory following an unknown propulsion malfunction. 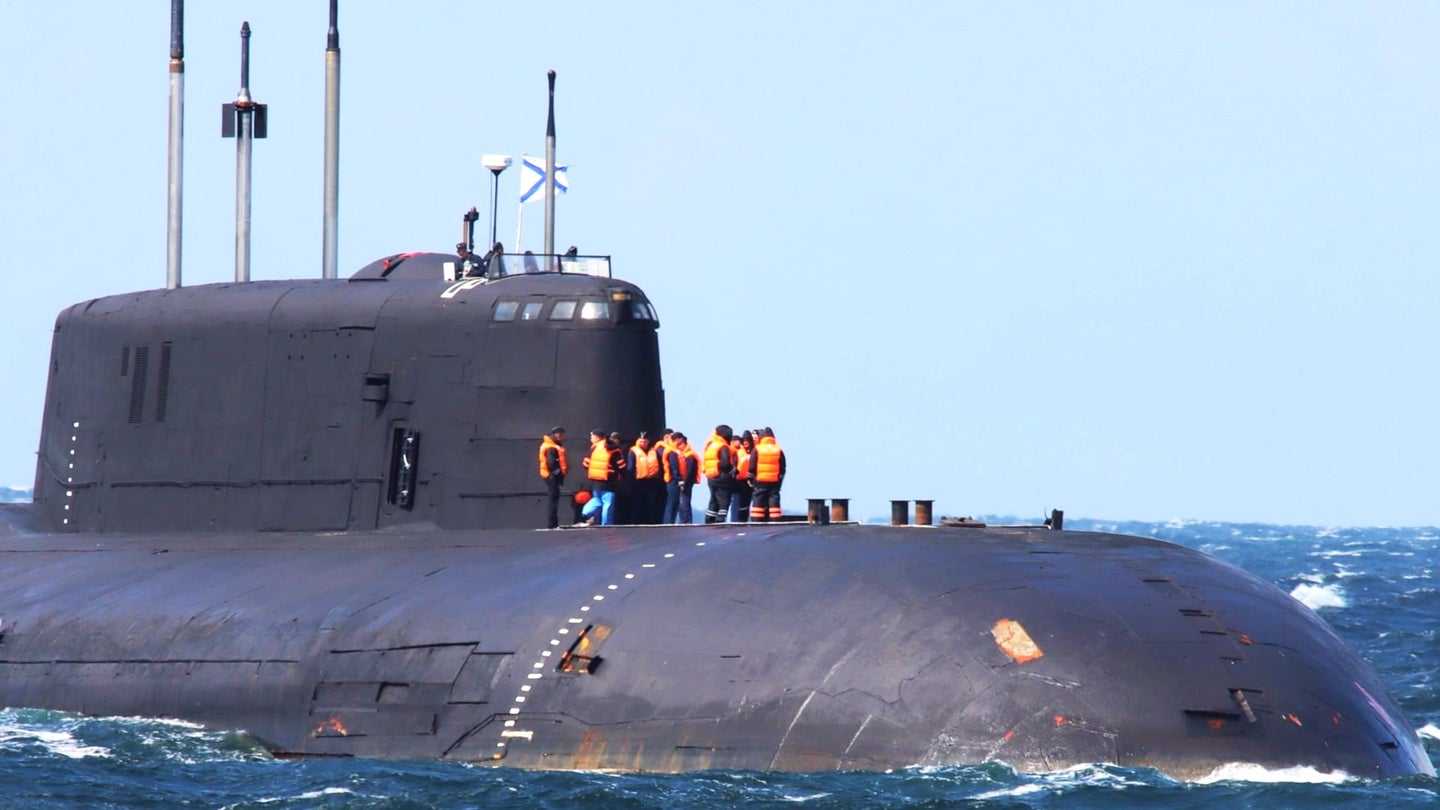 The Russian Oscar-II class nuclear guided-missile submarine Orel had an unknown problem with its propulsion system on July 30 while transiting Danish waters in the Baltic Sea near Denmark’s second-largest city Aarhus, prompting the Russian Navy to prepare to tow the submarine before it eventually resumed operation. The details of the incident aren’t exactly clear, but Russian submarines have had some issues in recent years.

The Barents Observer reports that Orel was sailing alongside the Udaloy class anti-submarine missile destroyer Vice-Admiral Kulakov from St. Petersberg to the Kola Peninsula when the issue occurred. The crew of the Orel could reportedly be seen on the forward deck wearing life preservers while the Russian Northern Fleet’s tug Altai approached with ropes. The Danish patrol vessel HDMS Diana also approached to offer assistance and attempted unsuccessfully to make radio contact with the stricken sub, but was answered instead by the crew of the Vice-Admiral Kulakov. The Orel was being escorted by the HDMS Diana when the incident occurred.

There is no way in or out of the Baltic Sea that doesn’t cross through Danish or Swedish territorial waters, so foreign warships are typically escorted by these nations’ navies when moving through the area. These foreign ships are typically allowed to make such transits under international rules of innocent passage, so long as they meet the criteria established by Article 19 of the United Nations Convention on the Law of the Sea.

In a Facebook post, the Danish Navy’s Third Squadron wrote that this particular escort “will go down in history as both dramatic and exciting as the nuclear-powered submarine Orel of the Oscar-II class had problems with propulsion and lay dead in the water at Sejerø, where it drifted at 1.5 knots towards the island.” The post adds that the Danish Navy offered assistance to the submarine, which was “politely but not surprisingly declined.”

Once whatever issue with the submarine’s propulsion had been fixed enough to keep moving, the Russian vessels then sailed north into Skagerak, the waters between Denmark and Norway. Norway’s Joint Headquarters said that the submarine resumed its transit first on the surface, but is now once again submerged.

So far, the Russian navy hasn’t offered any explanation of the incident, leading to some concerns about what the particular issue may have been. “It is always worrying when a vessel of this type has problems with propulsion,” Norway Joint Headquarters spokesperson Major Elisabeth Eikeland told The Barents Observer.

The outlet adds that Russia’s Northern Fleet is prohibited from speaking directly with foreign media. However, an earlier press statement issued by the fleet noted that “During the inter-fleet transition to the permanent deployment bases, the ships of the Northern Fleet will perform a set of combat training missions as part of various naval formations, which will be formed for the purpose of conducting a number of tactical exercises.”

The Orel and accompanying Northern Fleet vessels were in the Baltic Sea following a naval parade in St. Petersberg on July 25 to mark the 325th anniversary of the Russian Navy. The parade included the Orel, the Borei-A class ballistic missile submarine Knyaz Vladimir, and the Akula II class nuclear-powered attack submarine Vepr.

In addition to the Russian vessels, the Islamic Republic of Iran Navy's (IRIN) “sea base ship” Makran and the frigate Sahand have been traversing the Baltic in the same time period.

In July 2019, a fire broke out on the shadowy Russian spy submarine Losharik, leaving 14 sailors dead and creating concerns over a possible nuclear incident. That same month, the 30-year-old wreck of the Soviet nuclear submarine Komsomolets was found to be leaking radiation into the Barents Sea near Norway’s Bear Island.

Russia, and the Soviet Union before it, has been particularly tight-lipped about the accidents and mishaps which have impacted its submarine fleet. In 2000, the Russian Navy lost its nuclear-powered Project 949A Oscar-class submarine Kursk, killing all 118 personnel on board and leading to a major embarrassment for the country and President Vladimir Putin, who received widespread condemnation for his handling of the incident.

It’s important to note that we still have very few details about the nature of the incident that led to the Orel nearly being towed out of Danish waters. Clearly, the submarine’s propulsion system was not working for a period of time, but we don’t know why. Incidents involving nuclear submarines, especially ones operated by Russia/Soviet Union, have long been a cause of potential international concern, particularly given how recalcitrant the Kremlin has been known to be in terms of offering information about them.

We will continue to update this story as more information surfaces.