Reports of a “non-piracy” maritime hijacking in the Middle East come just days after a fatal drone strike on an Israeli-operated tanker.

Details are still emerging, but British authorities have issued a warning regarding a potential hijacking of a ship in the Gulf of Oman approximately 61 nautical miles east of the port of Fujairah in the United Arab Emirates. Online flight tracking software also shows an Omani Air Force C-295 maritime patrol plane circling the area. All of this comes just days after the Liberian-flagged tanker Mercer Street, operated by an Israeli company, struck by at least one explosive-laden drone off the coast of Oman, an attack that killed one British and one Romanian national and that multiple countries have now blamed on Iran.

The United Kingdom Marine Trade Operations (UKMTO) organization, which is managed by the U.K. Royal Navy, issued an initial warning about an "incident - non-piracy" earlier today, Aug. 3. It subsequently issued another statement saying "incident upgraded to potential hijack." UKMTO has not identified the ship in question. At the time of writing, the UKMTO website describes the incident as still ongoing and flight tracking data available through Flightradar24 shows the Omani C-295, an example of which is seen in the video below, still orbiting the area.

Sky News, citing a "security source" has reported that the Panama-flagged asphalt/bitumen carrier Asphalt Princess had been boarded by "eight or nine armed individuals," but, so far, there has been no further confirmation of this. The Times newspaper in the United Kingdom has cited its own anonymous sources as saying British authorities are "working on the assumption [that] Iranian military or proxies boarded the vessel."

has also reported that the Automatic Identification System transponders on at least four tanker ships - the Guyana-flagged Queen Ematha, the Hong Kong-flagged Golden Brilliant, the India-flagged Jag Pooja, and the Vietnam-flagged Abyss - in the general area of this reported incident are showing them "not under command," when generally means a vessel has lost power and the ability to steer. Earlier reports had indicated that the Cook Islands-flagged asphalt/bitumen carrier Kamdhenu was also "not under command." It is not necessarily uncommon for ships to show this status, which could simply indicate that they have shut down due to an accident or for a variety of other reasons.

The presence of the C-295 overhead certainly further suggests that this incident is significant. UKMTO's description of what is going on as a "potential hijack," but one unrelated to piracy, is also curious. It is also worth noting that UKMTO initially reported what happened to Mercer Street as a non-piracy incident, as well, before issuing a new notice stating that it had been an "attack - non-piracy" hours later.

Iran does have a history of boarding and seizing foreign ships, typically in reaction to a variety of disputes with other countries. It generally carries out such operations either in or very close to its territorial waters, especially in the narrow confines of the Strait of Hormuz, which links the Gulf of Oman to the Persian Gulf. However, Iranian officials also typically announce these seizures soon after they occur. For its part, the Iranian Foreign Ministry has described what is going on as "suspicious" and has warned against creating a "false atmosphere” regarding the involvement of the regime in Tehran.

Unconfirmed reports had also earlier emerged, citing channels on the Telegram messaging and social media app with purported links to Iran's Islamic Revolutionary Guard Corps (IRGC), that one or more ships in the area might have been damaged by mines. However, so far, there have been no official statements from any relevant authorities in the region or elsewhere substantiating those rumors. There was a string of limpet mine attacks on tankers near Fujairah in 2019, which the United States, among others, subsequently blamed on Iran.

Regardless, that this new incident has occurred so soon after the attack on Mercer Street, which was headed for Fujairah at the time, has already prompted speculation about Iranian involvement. "We are in very close contact in coordination with the United Kingdom, Israel, Romania, and other countries. And there will be a collective response," U.S. Secretary of State Antony Blinken said regarding that attack yesterday.

At the same time, Mercer Street is operated by U.K.-based Zodiac Maritime, a firm owned by an Israeli billionaire real estate and shipping magnate, Eyal Ofer, and appeared to have been the latest victim of a tit-for-tat campaign between Iran and Israel. Reports have indicated that the two countries have been waging a shadow war against each others' commercial and military vessels since at least 2019 and there have been multiple reported attacks on Israel-linked vessels in recent months. There are no indications as of yet that any of the ships that might be involved in this new incident have any connections to Israel.

All told, the exact nature of this security incident in the Gulf of Oman, or even what ship or ships have been impacted, remains unclear. We will continue to update this story as more information becomes available.

Private maritime intelligence firm Lloyd's List says it has confirmed that the Panama-flagged asphalt/bitumen carrier Asphalt Princess is the ship at the center of this incident. It also blames Iran for the reported hijacking, but it remains unclear exactly what has happened and how the situation may be continuing to develop.

“Iran’s naval forces are ready for help and rescue in the region,” Iranian Foreign Ministry spokesman Saeed Khatibzadeh has now said, as well. He also denied Iran has been in any way involved in this incident.

The Financial Times newspaper in the United Kingdom has reported that unspecified U.S. military forces had been dispatched to investigate the incident.

"We are moving forces to take a look," an American defense official told the outlet. “We’re looking into the situation. We are concerned. We’re consulting with international partners."

Separately, U.S. State Department spokesperson Ned Price told reporters that this incident comes amid "a very disturbing pattern of belligerence from Iran," but did not specifically say the regime in Tehran was involved. "When it comes to this specific incident, it's too early for us to offer a judgment just yet."

White House Press Secretary Jen Psaki called the situation "deeply concerning" during a routine press briefing and said the United States was monitoring the situation and in contact with allies and partners. 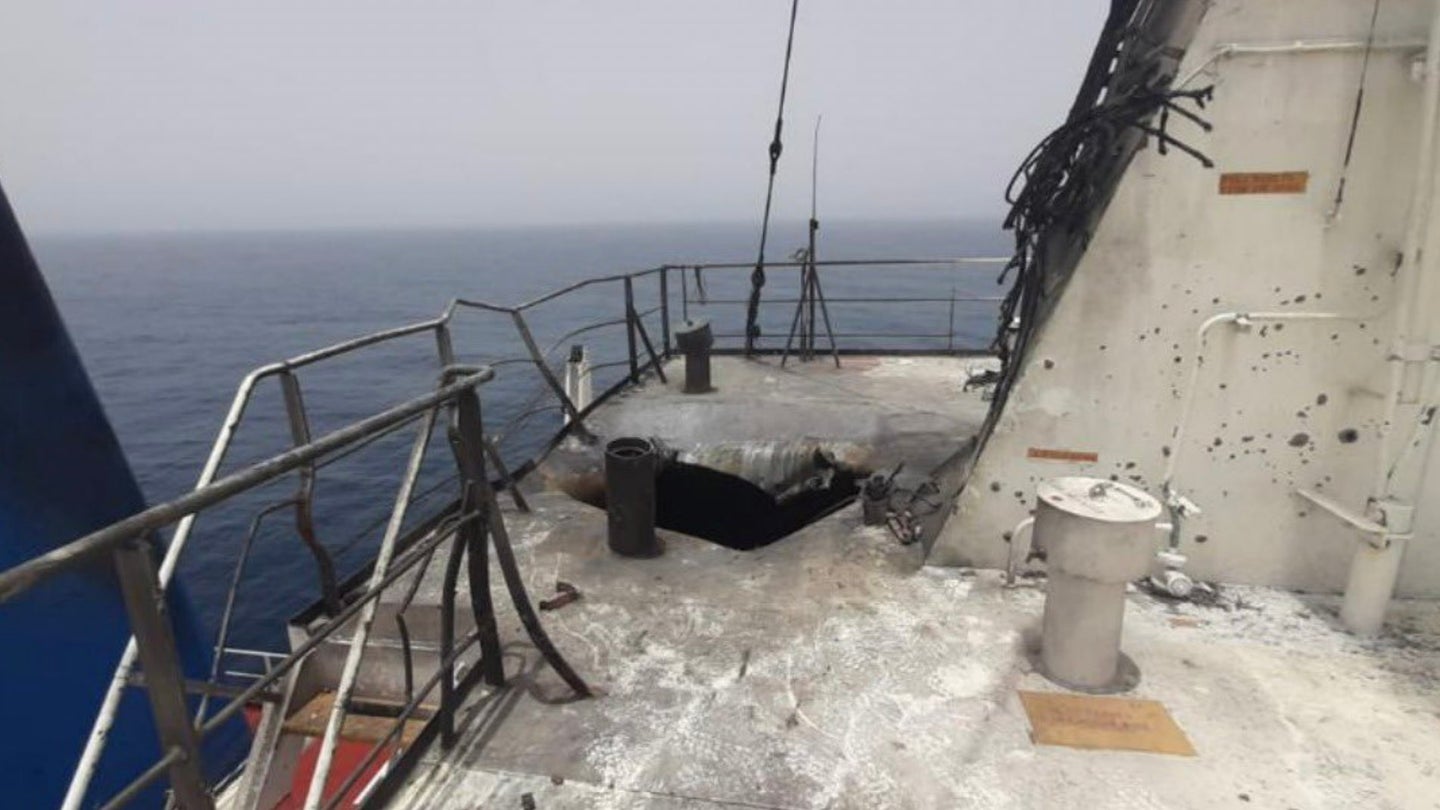 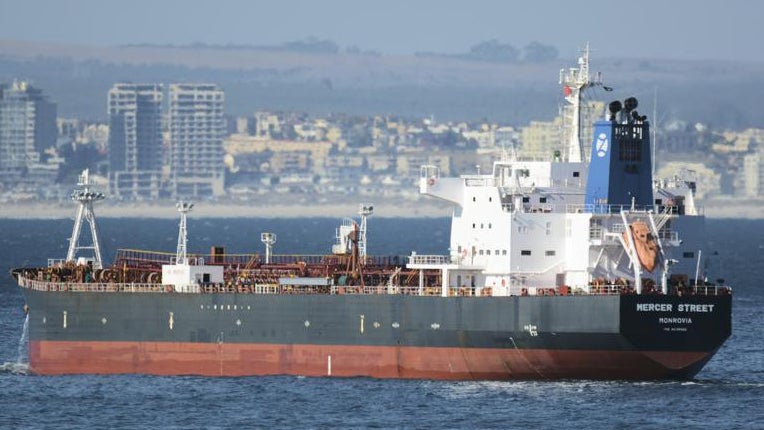 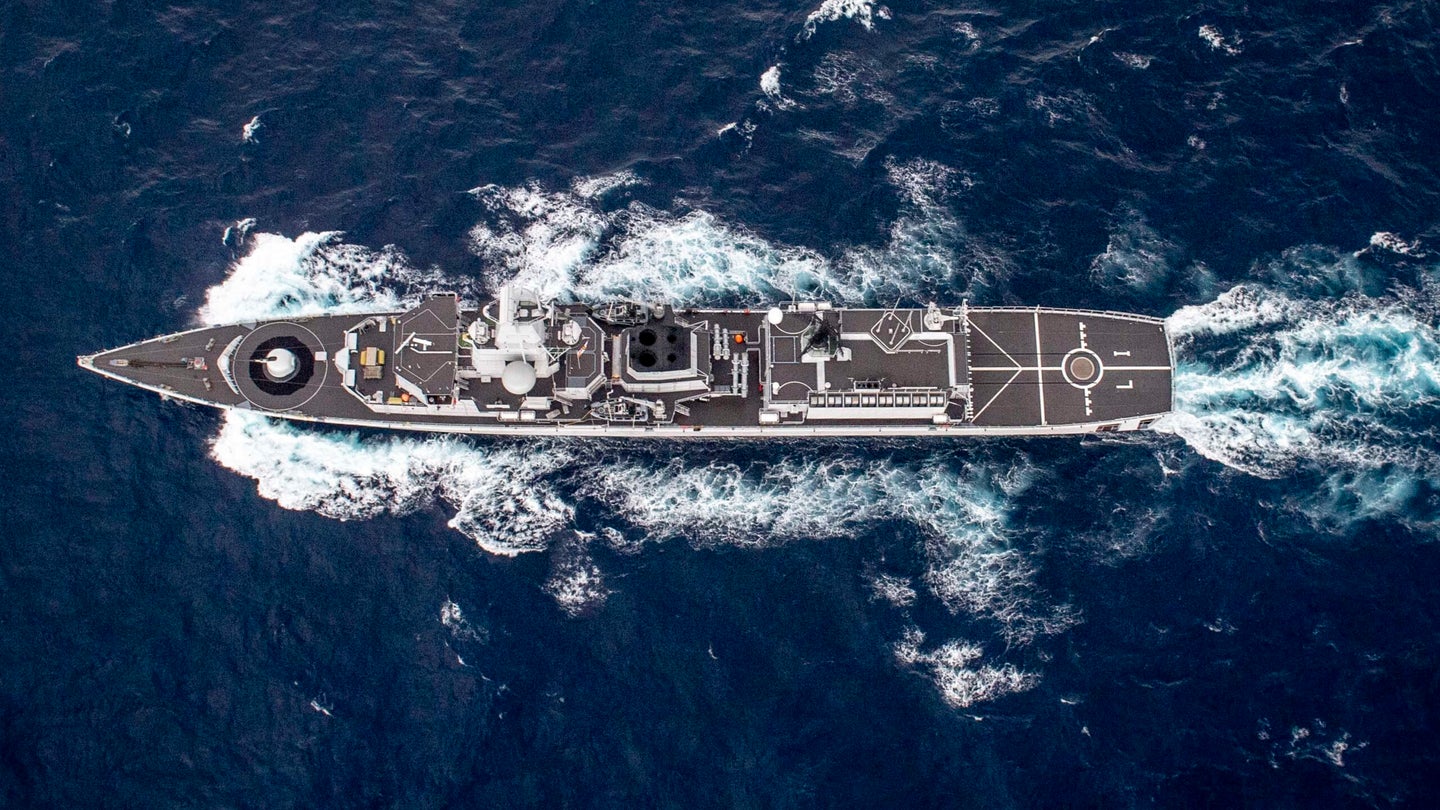