The Advanced Anti-Radiation Guided Missile-Extended Range is moving closer towards deployment as a formidable and versatile air-to-surface weapon. 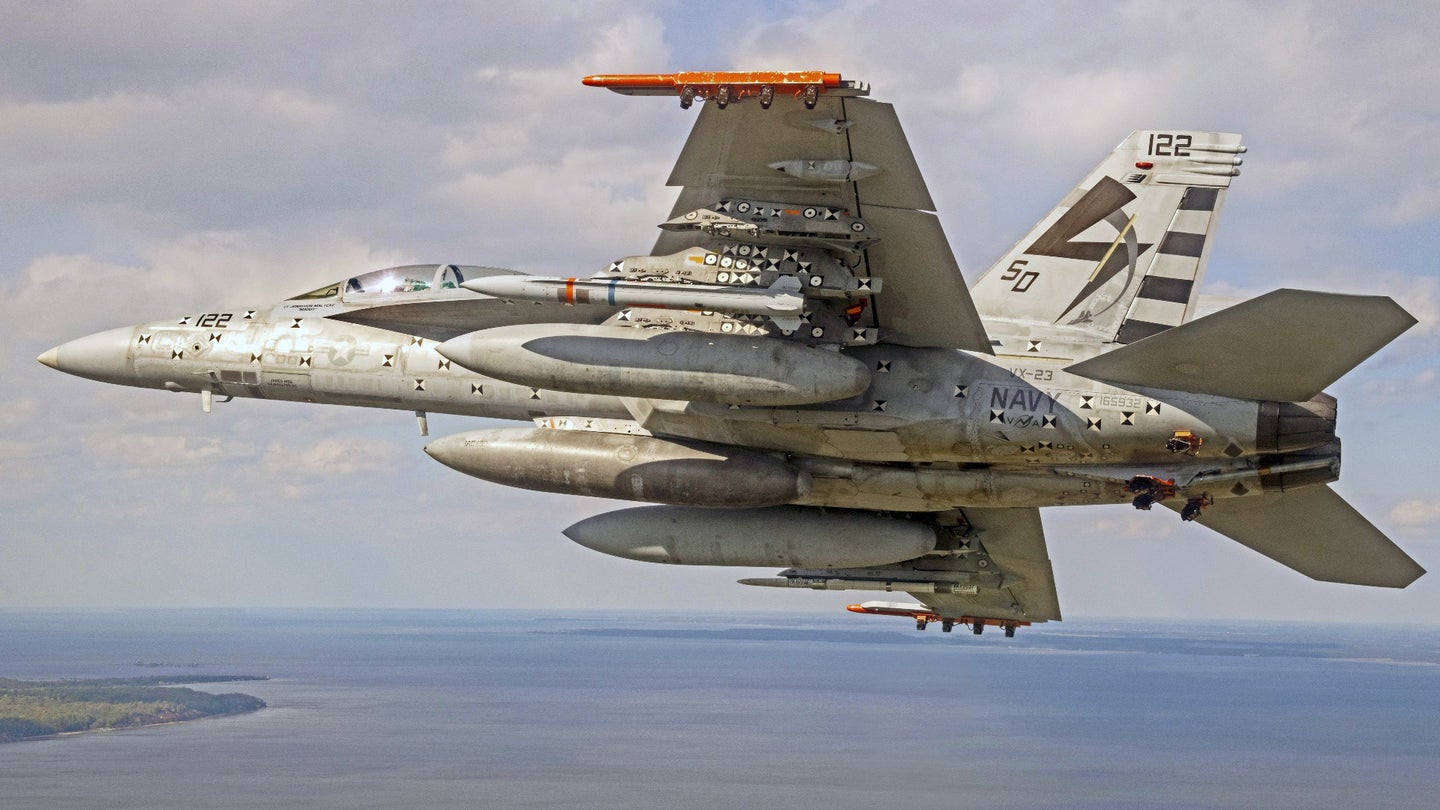 The U.S. Navy recently announced its first live-fire test of the new AGM-88G Advanced Anti-Radiation Guided Missile-Extended Range, or AARGM-ER. A Naval Air Systems Command press release states that the missile was launched from an F/A-18E/F Super Hornet and met all of the objectives set for this test. The new AARGM-ER is intended to give the service’s carrier air wings the ability to more safely operate in areas containing integrated defense networks, but its capabilities could make it a formidable all-around air-to-surface weapon featuring advanced guidance technologies.

The test took place on July 19, 2021 off the coast of the Point Mugu Sea Test Range, according to Naval Air Systems Command (NAVAIR). Captain Alex Dutko, program manager for NAVAIR’s Direct and Time Sensitive Strike Weapon (PMA-242), said the test represents “a major step to providing our fleet with the most advanced weapon system to defeat evolving surface-to-air threats.” The test reportedly validated overall systems integration and the missile’s propulsion system, and confirmed some of the simulations run on the missile prior to the live-fire test.

NAVAIR stated that this is only the first in a planned series of tests to confirm other objectives. A PMA-242 program co-lead stated that the missile, which is designed to provide an “advanced capability to detect and engage enemy air defense systems,” is now expected to meet Low Rate Initial Production this summer.

Northrop Grumman, the prime contractor for the AGM-88G, issued its own press release saying that the live-fire test took place three months earlier than expected and demonstrated the “long-range capability of the new missile design.” The AARGM-ER is a derivative of the AGM-88E AARGM, which already offered “expanded target set, counter-shutdown capability, advanced signals processing for improved detection and locating, geographic specificity providing aircrew the opportunity to define missile-impact zones and impact-avoidance zones, and a weapon impact-assessment broadcast capability providing for battle damage assessment cueing” compared to earlier variants of the AGM-88, according to the Navy.

“While this event serves as a validation of this hard work, it more importantly gets us one-step closer to making our fleet more lethal,” said Felipe Jauregui, Anti-Radiation Missile Technical Project Office at Naval Air Warfare Center Weapons Division in China Lake, California. “Our engineering and test teams have worked tirelessly with their counterparts across the enterprise and government teams.”

The AARGM-ER and earlier AGM-88 variants are in a class of weapons known as anti-radiation missiles, which are designed to seek out and home in on radiofrequency emissions. Most of these missiles are intended for air-to-surface use against ground-based radar systems, although there have been air-to-air variants and air-to-surface anti-radiation missiles, as well. These missiles are typically used in the early stages of conflicts to suppress and destroy enemy air defenses ahead of incoming strike aircraft and missiles.

To accomplish this, AARGM-ER contains a multi-mode guidance package containing a GPS-assisted inertial navigation system, as well as a millimeter-wave radar that can locate targets even if they stop emitting radiofrequency or other signals or even begin to move. The missile’s guidance and datalink package also have the capability to network with off-board sources, meaning a launching aircraft can fire the weapon without even having acquired a target’s emissions, instead relying on other platforms' data to target and prosecute an attack. The anti-radiation missile can also reportedly relay data in its final moments to confirm whether or not it successfully struck its intended target.

The Navy has been tight-lipped about the AARGM-ER’s exact specifications, but according to information released by its designer, the AARGM has a range of nearly 80 miles and can reach a top speed of Mach 2 during its terminal phase. The Extended Range version is reported to be faster and, as its name implies, has a longer range than its Hight-Speed Anti-Radiation Missile (HARM) predecessor. It also features a much sleeker overall design that incorporates a new rocket motor and moves all of the control surfaces to the tail.

The entire package of capabilities, especially its onboard radar seeker, as well as its new warhead, could give the AARGM-ER an improved general air-to-ground capability, in addition to its ability to perform specifically in the anti-radiation role. This, in turn, could give the Navy and other operators a highly capable and precise air-launched weapon for engaging targets on the ground at standoff ranges.

The AARGM-ER is currently being integrated on the Navy’s F/A-18E/F and EA-18G aircraft, and eventually deployed aboard each of the F-35 variants in the future. Flight tests with a captive carry prototype missile began in June 2020, while a “separation test vehicle” was tested in May 2021.

The U.S. Air Force, meanwhile, is developing a derivative of the missile as part of its Stand-in Attack Weapon (SiAW) program, which you can read more about here. This weapon will feature a different warhead and fuze than Navy versions and "provide strike capability to defeat rapidly relocatable targets that create the Anti-Access/Area Denial (A2/AD) environment,” according to USAF budget documents.

A ground-launched derivative of the AARGM-ER, now dubbed the Advanced Reactive Strike Missile (AReS), which will be able to strike targets on land and at sea, is also in development. This missile could make use of launcher that fits inside a standard shipping container that Northrop Grumman had unveiled in 2018 as part of a proposal for a land-based version of the AARGM-ER, which The War Zone was first to report on.

With the successful completion of this live-fire test, the AARGM-EM missile continues to move closer to deployment.