The House Armed Services Committee is concerned about potential shortfalls in available fighter jets across the U.S. Air Force, Navy, and Marine Corps in the coming years. Lawmakers on the committee have also expressed worries that potential gaps in fighter capacity across these services could be exacerbated by efforts to scale back purchases of in-production designs in favor of new advanced development programs, primarily the Air Force and Navy's parallel, but independent Next Generation Air Dominance efforts.

The House Armed Services Committee's Subcommittee on Tactical Air and Land Forces included a request for a new review of "tactical aircraft capability and capacity requirements and forecasted shortfalls" across the Air Force, Navy, and Marine Corps in a report accompanying proposed changes to a draft of the annual defense policy bill, also known as the National Defense Authorization Act (NDAA), for the 2022 Fiscal Year that was released on July 28, 2021. The Comptroller General of the United States, who is head of the Government Accountability Office (GAO), a Congressional watchdog, will be responsible for getting the final version of this report together no later than April 1, 2022.

"The report should assess the extent to which the services’ tactical aircraft acquisition and modernization investment plans, including NGAD efforts, are likely to meet those requirements and address the shortfalls," the Subcommittee's report says. "The Comptroller General should, as appropriate, provide the congressional defense committees with periodic briefings on preliminary findings and pertinent information during the compilation and drafting of the final report."

"Despite billions of dollars of investment in developing and acquiring tactical fighter aircraft over many years, the Air Force, Navy, and Marine Corps will likely continue to face capability and capacity shortfalls over the upcoming decades," the report adds. "The committee understands that each of the services has begun reevaluating its tactical aircraft force structure requirements and capability needs, with the Air Force and Navy simultaneously planning to heavily invest funding in the upcoming years to develop and field advanced Next Generation Air Dominance (NGAD) capabilities."

The subcommittee's report itself does not specify any particular actions that the Departments of the Air Force or the Navy – the latter includes the Marine Corps – have taken that have prompted concerns among lawmakers. However, at a press briefing yesterday, an aide to the committee specifically raised points about the Navy's plans to stop buying F/A-18E/F Super Hornets and shift focus to NGAD, as well as continued purchases of F-35C Joint Strike Fighters.

The service announced last year that it would not buy any more Super Hornets starting in the 2022 Fiscal Year and its budget request for that fiscal cycle, which it released earlier this year, looks to put that plan into action. It is worth noting that the service still expects its carrier air wings to have a mix of F/A-18E/Fs and F-35Cs for the foreseeable future.

However, "as it relates to the Navy’s plans to truncate Super Hornet procurement to focus on SLM – their service life modification program for their existing hornets as well as NGAD – if you look at the current execution of their SLM line, they can’t meet their cost or schedule that they’re planning to. They’re trying to put through Hornets within a year time frame at a cost of about $7-8 million; right now the time frame is nearly double that, as well as the cost," the House Armed Services Committee aide told reporters. "So basically the Navy is not executing their SLM program as they’re currently planning for in the future."

The Navy has around 540 F/A-18E/Fs in service now, in total, and expects to put a significant number of them through a major upgrade program in the coming years that will bring them up to the advanced Block III standard, which you can read more about here. This includes the SLM, which will extend the service life of Block III jets to around 10,000 flight hours, a 50 percent increase over existing Block II aircraft. Other concerns about the progress of the Block III upgrade effort have emerged, as well, including the revelation in January that the Navy was considering removing conformal fuel tanks from the package, despite previously touting them as a key improvement.

“We’re aware that the Navy wants to focus more resources and funding on NGAD," they continued. "But if you recall eight or 10 years ago, they tried to do the same thing when F-35C was in development. They truncated the Super Hornet line to focus more on F-35C, and they found out, as the F-35C kind of struggled, the Navy had to go back to procuring more Super Hornets."

The Navy is and has been aware of the potential for fighter shortfalls, especially with regards to the F-35C. Earlier this month, Rear Admiral Andrew Loiselle, the head of the Air Warfare Division within the Office of the Chief of Naval Operations, informed members of the Subcommittee on Tactical Air and Land Forces of a plan to increase the size of squadrons flying these jets, a move that is expected to close this gap by 2025.

"We are kind of you know scratching our heads on how the Navy moved up their analysis in terms of eliminating their shortfall by about five years," the subcommittee told reporters yesterday. "One, they didn’t reinstate the 36-aircraft Super Hornets that they were going to procure in ’22, ’23, ’24 [2022, 2023, and 2024 Fiscal Years]. They also took out about 104 aircraft out of their service life modification program.”

At the same time, the timeline for the Navy's NGAD plans remains largely unchanged, the aide added. The service has classified its existing and projected spending on NGAD in its last two budget requests. The last time NGAD-related budget figures were made public, in the Navy's proposed budget for the 2020 Fiscal Year, which was released in 2019, the service asked for around $20.7 million in funding and expected to seek approximately $50.5 million, $111.26 million, $255.59 million, and $371.9 million for the program in the next four fiscal cycles, respectively.

“We’re cautious about the Navy’s approach to truncate a hot production line while they focus on a new development program. And given the technology they’re trying to integrate into NGAD, it’s probably not going to be any easier than what F-35C was," the subcommittee aide explained to members of the press yesterday, highlighting a well-known reality that the development, in general, of advanced, stealth combat aircraft has historically been a costly and time-consuming proposition. "So just taking lessons learned from the past, we’re just keeping an eye on how the Navy is going to move forward with trying to manage and mitigate their strike fighter shortfall."

The Subcommittee on Tactical Air and Land Forces' demand that the GAO's new review of tactical airpower shortfalls also investigate the Air Force's plans makes clear that its concerns and skepticism are not limited to the Department of the Navy's efforts, either. The House Armed Services Committee had notably looked to slash the Air Force's request NGAD budget for the 2020 Fiscal Year in half, though the cut ended up being much smaller. The Air Force ultimately received just under a billion dollars in that fiscal cycle, as well as in the 2021 Fiscal Year, for this project, which has already produced at least one demonstrator airframe of some type. The service is now hoping to get another $1.5 billion in NGAD funding in Fiscal Year 2022.

"I was surprised at how well it’s doing," Air Force Lieutenant General Clint Hinote, the service's Deputy Chief of Staff for Strategy, Integration, and Requirements, told Air Force Magazine earlier this year about the NGAD demonstrator. Hinote also said he had personally shown this aircraft to members of Congress and that they were “at a minimum, fairly impressed."

At the same time, the Air Force, which is in the midst of a major review of its tactical airpower plans, has publicly announced its intention to pursue what has been described as a "four plus one" strategy in the coming years. This plan entails consolidated tactical fleets around four core types, the F-35A Joint Strike Fighter, the F-16C/D Viper, the F-15EX Eagle II, and an aircraft developed through NGAD, while also maintaining a number of A-10 Warthog ground attack aircraft. The Air Force had also raised the possibility of acquiring examples of a clean-sheet fighter design to replace its F-16C/Ds earlier this year.

The Air Force has been trying to start retiring its A-10s for years now, but has been consistently blocked from doing so by Congress, which looks set to stymie those plans again in the 2022 Fiscal Year. The four plus one concept could also accelerate the divestment of the service's relatively small and often troublesome, but extremely capable fleet of advanced F-22 Raptor stealth fighters.

Concerns about whether these plans will exacerbate potential fighter shortfalls, especially in the near term, are only compounded by persistent and serious sustainment challenges facing the F-35A fleet, including a recent serious engine shortage that has grounded dozens of these aircraft. The projected costs to operate and maintain these stealth jets have also prompted renewed discussions, including within the Air Force itself, about scaling back future purchases of Joint Strike Fighters and shifting focus to future development efforts, such as NGAD. The House Armed Services Committee's Subcommittee on Readiness has separately demanded that the Comptroller General put together multiple new reports regarding the readiness issues impacting all F-35 variants, including the Navy and Marine Corps F-35B and C models.

What conclusions any of these reports ultimately arrive at and what recommendations they make, not to mention how the Air Force, Navy, and Marines implement them, or don't, remains to be seen. It's worth noting that the fighter jet shortfall report is due after Congress is likely to have passed the NDAA for the 2022 Fiscal Year and approved the actual defense spending plan, which is almost certainly why members of the House Armed Services Committee want regular updates on what the Comptroller General turns up in the course of its work between now and then.

All of this, of course, also comes as the U.S. military as a whole has been working to reorient itself to be better positioned to conduct higher-end operations, including against potential near-peer opponents, especially China. Robust and advanced tactical airpower capabilities, and the capacity to bring them to bear on a broad scape, would be key components in any such future conflict. At the same time, there are also questions about exactly how relevant fighter jet-type aircraft, which generally have relatively limited range capabilities, might be in such contingencies, especially those requiring them to fly across extended distances, particularly in the Pacific region.

How GAO assesses the issue of current and future fighter shortfalls across the Air Force, Navy, and Marines, as well as what they might be to doing to mitigate them, could still have significant impacts on their future tactical airpower plans. 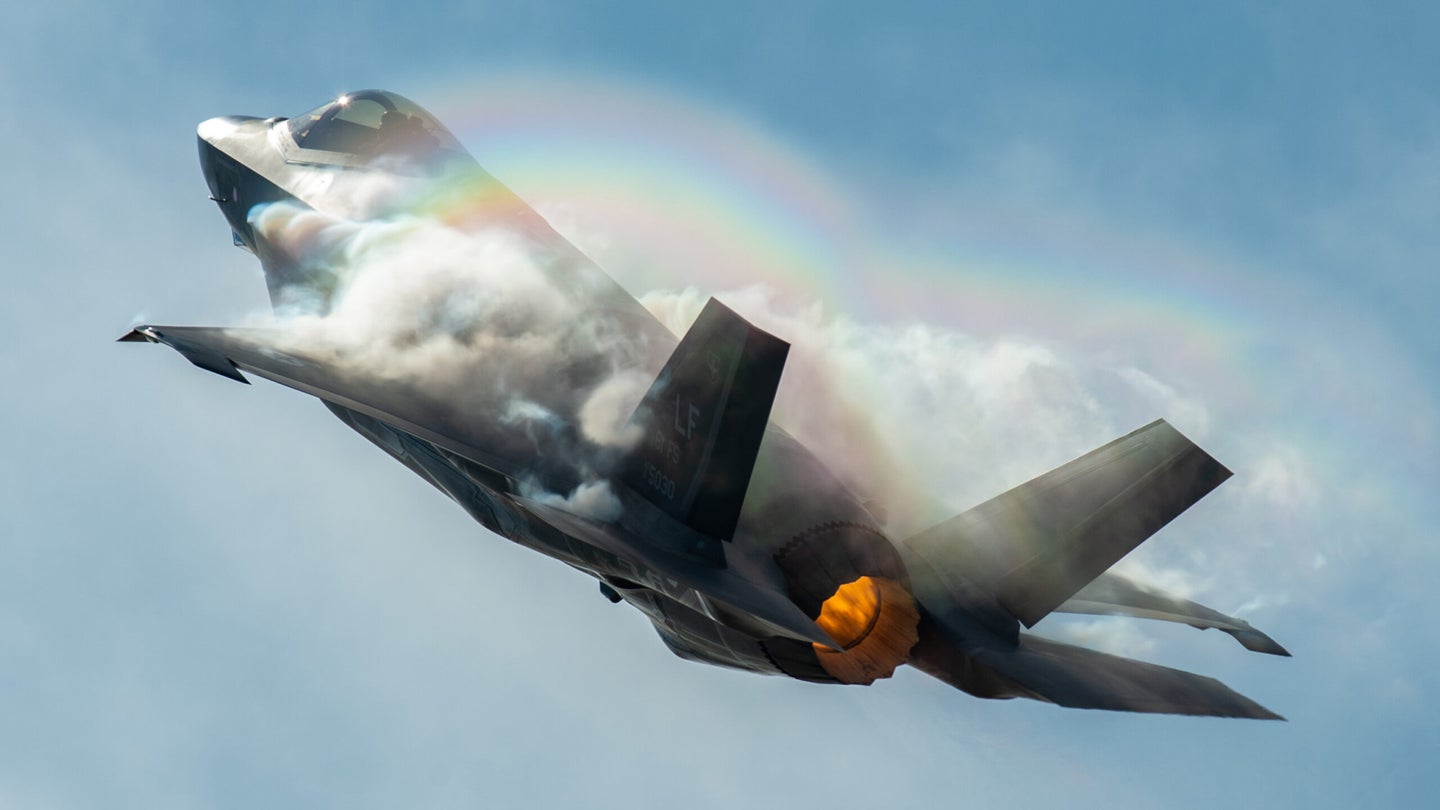 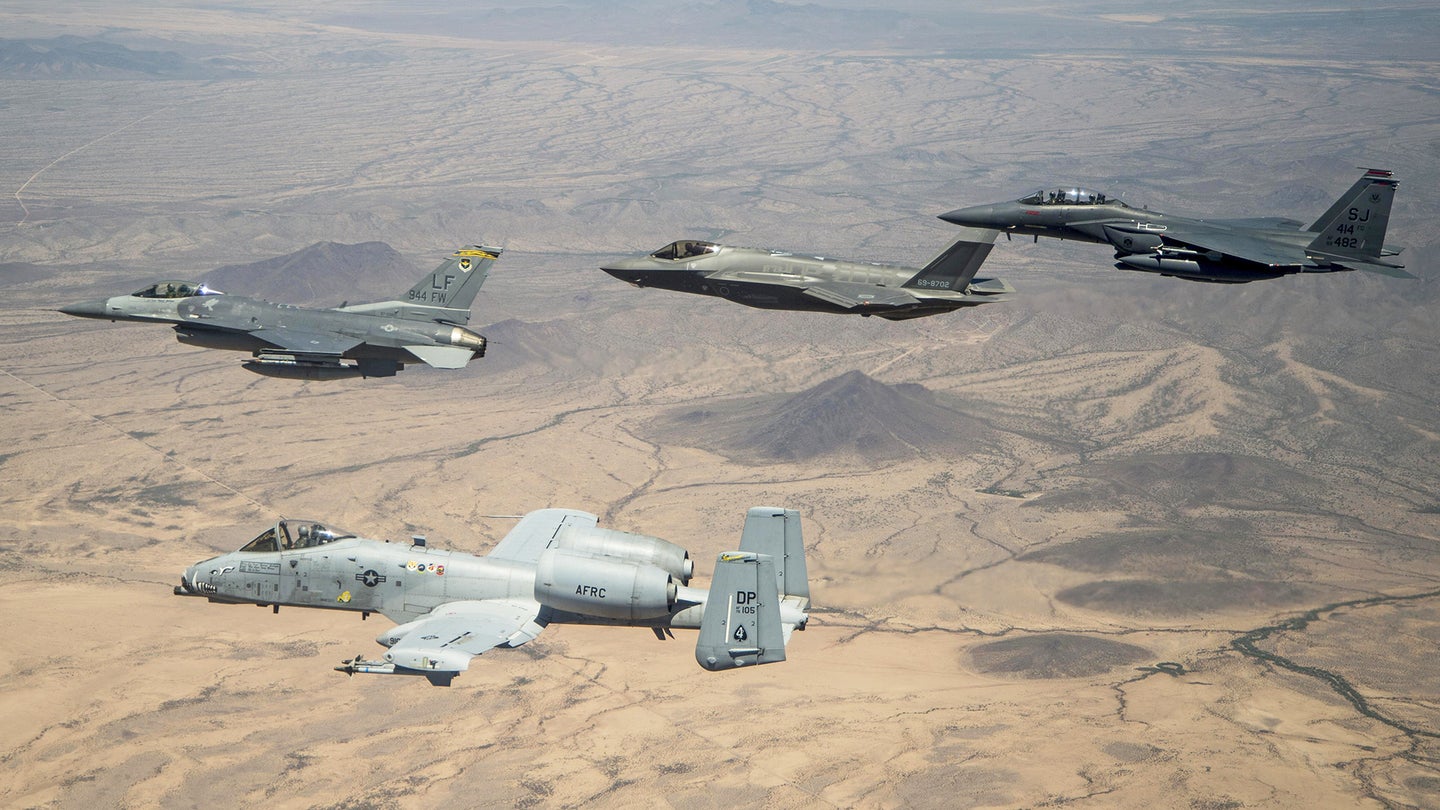 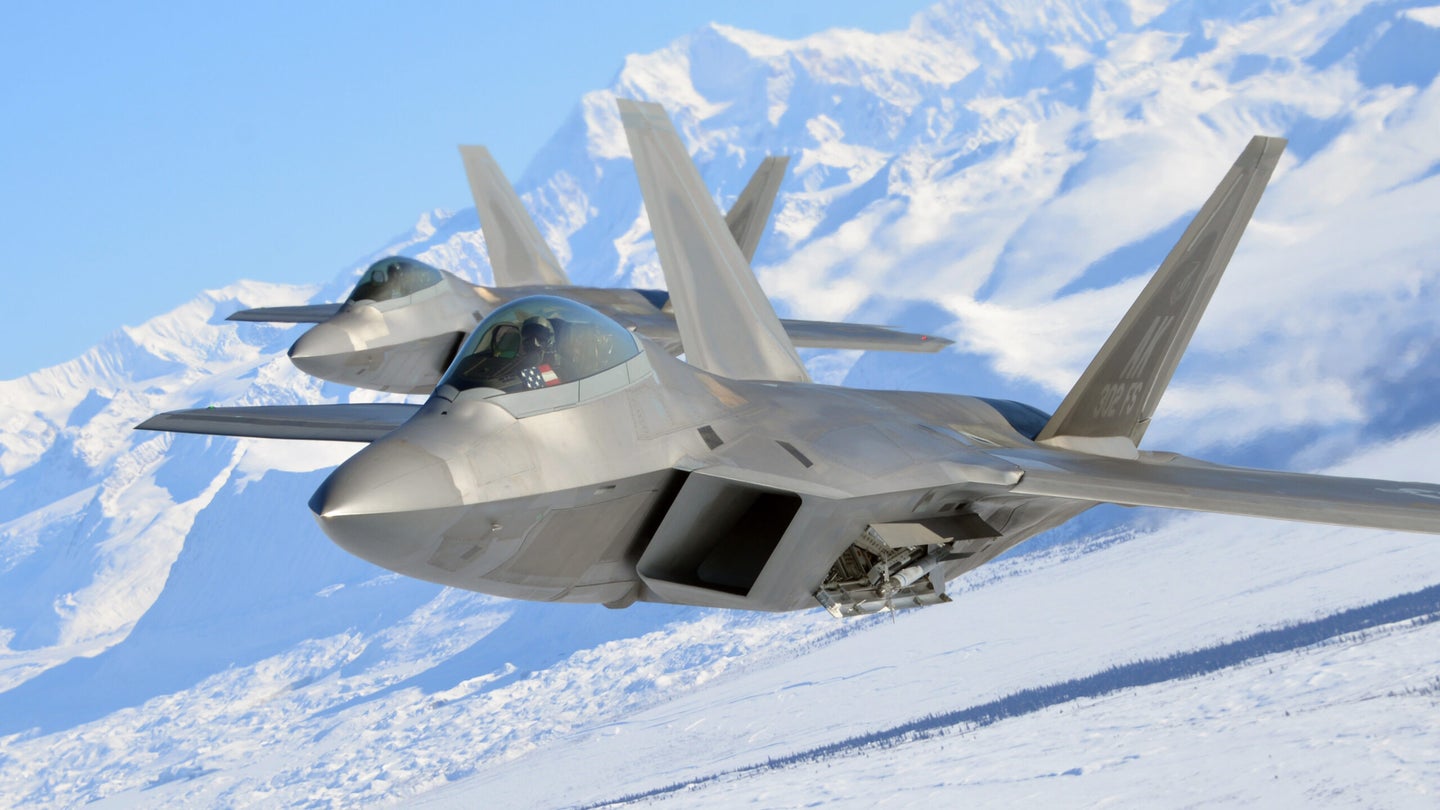