The Senate Armed Services Committee has blocked requests by the Air Force to retire dozens of its A-10 Thunderbolt II aircraft. 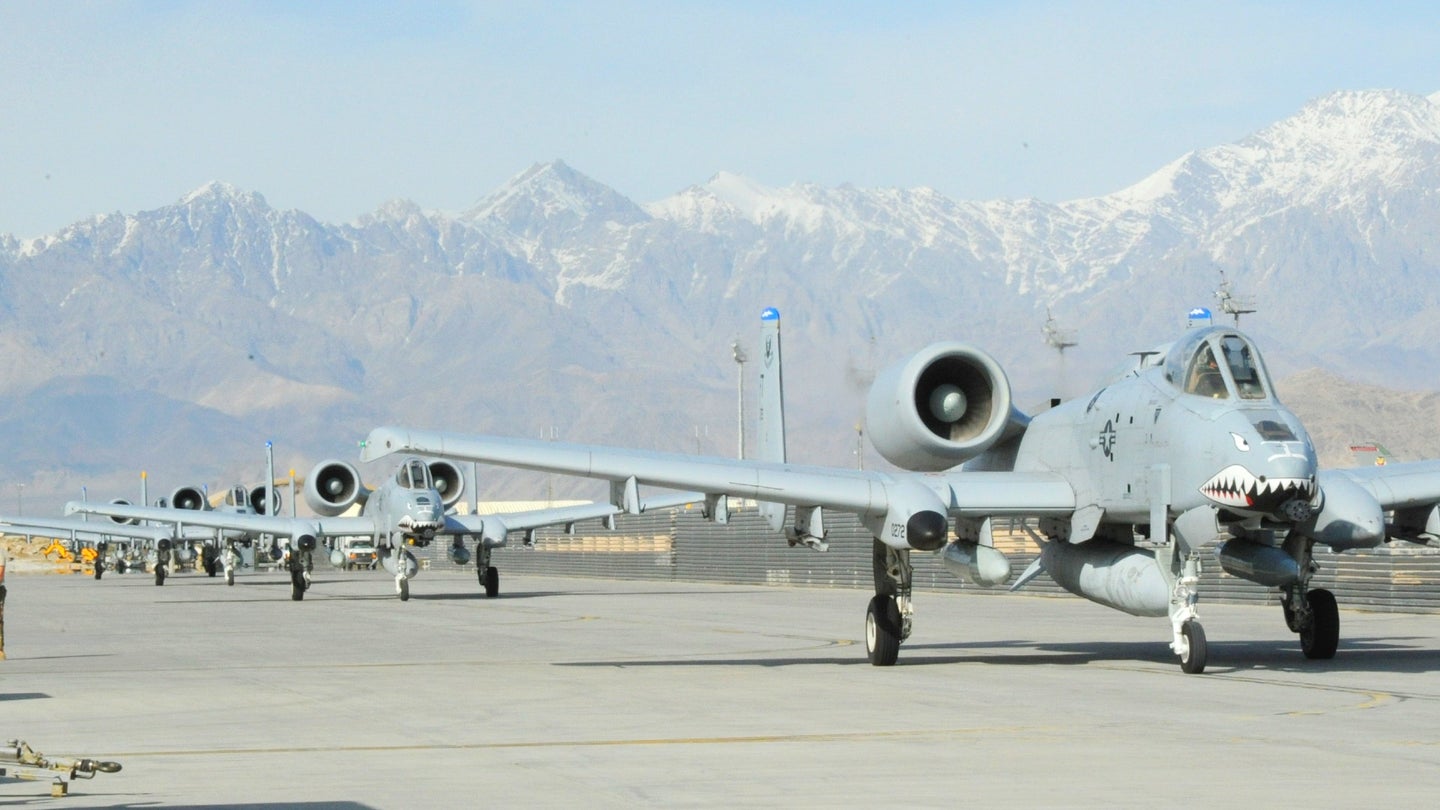 The Senate Armed Services Committee has rejected a USAF proposal that would have seen many A-10 Warthog aircraft being retired. The committee’s proposed fiscal year 2022 defense policy bill would prohibit the Air Force from retiring the A-10s, while Air Force leaders have said that keeping the Warthogs could be a major misstep.

News of the Senate saving A-10s from the boneyard was first reported by Valerie Insinna at Defense News. The Air Force had proposed retiring 42 Warthogs, bringing the total number down from 281 to 239 aircraft, with an end goal of bringing the number of active A-10s down to 218 within two years. Insinna reports that Lt. Gen. David Nahom, the Air Force’s Deputy Chief of Staff for Plans and Programs, said that not retiring the A-10s would have “considerable consequences” including higher sustainment and upgrade costs.

Naholm is referring to the Air Force’s plans to give its Warthogs new wings, GBU-39 Small Diameter Bombs, a new High-Resolution Display System, and a host of other upgrades to extend their operational service through 2030 or beyond, which you can read more about in this past feature of ours.

Meanwhile, Senator Marco Rubio of Florida argued in favor of retiring the A-10s in order to free up manpower in support of three new F-35 squadrons at Florida’s Tyndall Air Force Base. That proposal has seen its own share of controversy, as some have claimed that the hurricane-prone base would be a risky place to invest hundreds of millions of dollars in infrastructure for the fighters.

“It is my understanding that language is included in the chairman’s mark of the FY22 NDAA that would prohibit the divestment of 41 A-10 aircraft at the expense of Tyndall’s F-35 squadrons,” Rubio wrote in a letter to Senate Armed Services Committee Chairman Jack Reed and Ranking Member James Inhofe. “I urge the committee to remove, or reject, any provision or funding that would jeopardize the strategic basing of three F-35 squadrons at Tyndall,” Rubio wrote. “Including such language would have a significant impact on the Air Force’s F-35 pilot output, our strategic capacity to field F-35s in the event of a conflict, and have grave, long-term implications for the national security of the United States.”

While the A-10s were saved, the bill approved by the Senate would see the retirement of 18 KC-135s and 12 KC-10s. Those divestments are being made in order to make room for the still-struggling KC-46 Pegasus, but the USAF had actually requested to retire 14 KC-10s total. In addition, the Air Force wants to retire 48 F-15C/D Eagles, 47 of its older F-16C/D Vipers, four E-8C Joint Surveillance Target Attack Radar System (JSTARS) battlefield management aircraft, and halt purchases of MQ-9 Reaper UAVs. A full list of the significant airpower developments in this year’s budget proposals can be found here. Overall, the Senate’s proposed bill would add $25 billion more to the National Defense Authorization Act.

The fact that the Senate is attempting to save dozens of Warthogs from retirement underscores how the nearly 50-year-old aircraft remains at the forefront of the Air Force’s close air support (CAS) mission despite attempts to replace the A-10 with F-35s for the same role. The Air Force has been trying to retire the A-10 for most of its life and the last major push came during the last decade, but failed. However, with every decrease in size of the A-10 fleet, there is less return on investment and even more vulnerability for further cuts. Still, despite claims of being vulnerable to modern air defenses, the aircraft’s combination of heavy armor, endurance, low-speed agility and formidable firepower still make it a terrifying presence for opponents on the ground.

For those reasons, the A-10 is likely here to stay for the near future, but just how many will be flying in the years to come remains unclear. If the Senate Armed Services Committee gets its way, for the time being, the entire Warthog fleet would stay intact and slated for upgrade.