The much-delayed air defense system is designed to swat down both air-breathing and ballistic missile threats.

Russia has, for the first time, released a video showing the S-500 air defense system in action. The launch, conducted during a test campaign at Kapustin Yar, near Astrakhan in southern Russia, reportedly downed a ballistic missile surrogate target, according to the Russian Ministry of Defense, which announced the development earlier today.

The Russian military is currently undertaking pre-service trials of the S-500, after which the system will begin to be deployed operationally, initially as part of the defensive umbrella surrounding the capital, Moscow. The system, which is named Prometey (Russian for Prometheus), as well as Triumfator-M, is expected to replace the current A-135 anti-ballistic missile system deployed around Moscow, as well as supplement the long-range S-400 Triumf surface-to-air missile (SAM) system in Russian Aerospace Forces service.

“The S-500 anti-aircraft missile system has no analogs in the world and is designed to defeat the entire spectrum of existing and promising aerospace attack weapons of a potential enemy in the entire range of altitudes and speeds,” the defense ministry said in a statement.

The S-500 has been designed from the outset to counter a wide range of aerial threats, including ballistic missiles, as well as manned aircraft, and cruise missiles.

Like many high-end Russian air defense systems, the S-500 can be configured to fire a range of different missiles, to tackle threats of various kinds and at different ranges and elevations. With that in mind, it’s not currently clear if the latest test described involved one of the 77N6 series of missiles, with hit-to-kill warheads, or a 40N6 missile, a type that is also intended to be fired by the earlier S-400 system.

Russian defense policy observers on Twitter today came to different conclusions as to which type of missile was used, although most seemed to conclude that the 77N6 was the most likely candidate. However, it’s also worth noting that there’s another missile, too, that’s reportedly been tested with the S-500, according to the Russian newspaper Izvestia. Whatever the case, it’s evident that the Russian Ministry of Defense has made deliberate efforts to blur portions of the video and make it harder to identify the missile in question.

The S-500’s active development phase had begun by 2009, but since then the program has suffered some significant delays, at least when compared to the confident predictions of series production by 2012. In the years since then, service entry dates have also slipped with some regularity.

The latest anti-ballistic missile test suggests that the S-500 program is making progress now, though, although it remains to be seen if it will enter service in series-built form by 2025, as now projected. That date was given by Deputy Defence Minister Alexei Krivoruchko last year, based on the related state contracts being signed this year.

Despite the holdups, there have been some other important milestones in the development program so far, including what Russia has claimed is the longest-range SAM test ever, hitting a target almost 300 miles away. According to Russia’s state-run media outlet RIA Novosti, the maximum range will eventually be around 370 miles.

Once it is ready for service, the S-500 promises to further expand the capabilities of its anti-access and area denial (A2/AD) “bubbles” located in key strategic areas close to NATO’s eastern borders, such as around the exclave of Kaliningrad in the Baltic, and around Crimea in the Black Sea, to name just two.

Potentially, Russia could also deploy S-500s in foreign theaters, too, such as in Syria, where it would further complicate an already delicate balance between Russia, the United States and its allies, and other players.

Video of a Russian S-400 missile defense system active at Khmeimim Air Base in Syria:

But it’s in the anti-ballistic missile role that the S-500 could really come into its own. While the S-400 already provides Russian — and an expanding list of export customers — with a mobile system that can take down air-breathing targets at prodigious ranges, the S-500 promises to do similar against ballistic missile threats. Already, there has been Turkish interest in the new system, with Turkish President Recep Erdogan saying his country will cooperate in producing the weapon, although this may well have been a politically motivated signal to the United States, following Ankara’s ejection from the F-35 Joint Strike Fighter program over its planned purchase of S-400s.

This is in stark contrast to the A-135 system, which is launched from fixed silos and has only been deployed around the Russian capital. The S-500 is road-mobile, with a 10 x 10 transporter-erector-launcher (TEL) on a BAZ chassis providing a significant degree of mobility. As well as making it deployable, it also renders it far more survivable.

In fact, the S-500 is not the only system on development that will supersede the A-135. A follow-on development of that weapon, the A-235, is also due to provide strategic defense against ballistic missiles attack, although it’s actually expected to be a dual-role missile with an anti-satellite capability.

There is also potential for a naval version of the S-500, which would follow the same pattern of development as the S-300 and S-400, both of which have analogs in service with the Russian Navy. In this instance, a naval S-500 has been connected with the planned Lider class of destroyer, although the fate of this ambitious program is currently unclear, with reports of its suspension last year.

From a Russian perspective, the S-500’s advanced capabilities can’t come soon enough. After all, the United States is now rapidly progressing plans to modernize all three legs of its nuclear triad, as well as develop new strategic and theater weapons delivery systems, including cruise missiles, revamped ballistic missiles, and rocket artillery. An ability to counter hypersonic missiles has been attributed to the S-500, but it’s unclear if this refers to incoming ballistic missiles in their terminal phase of flight or the new class of weapons that will cruise at hypersonic speeds. Certainly, hypersonic weapon defense will become a developmental focus of the system, if it is not already.

Regardless, a mature S-500 could play a part in a Russian mid-course intercept capability. While actually realizing a robust ability to do so is a highly complex proposition and extends well beyond a single air defense system, S-500 could be a crucial part of realizing such a capability set. Even an extended-range terminal anti-ballistic missile capability, with the potential to even intercept very fast-flying ICBM warheads as they careen through the atmosphere, would be a remarkable accomplishment.

The inherent flexibility of the S-500 looks to make it an attractive air defense asset not only for Russia but likely also for export customers. In the same way that the S-300, and then the S-400, brought long-range, mobile, SAM systems within the reach of many operators, the S-500 could do the same for anti-ballistic missile systems. After all, as well as being able to defeat these kinds of threats, the S-500 retains the ability to engage traditional air-breathing threats at very long range, too.

The S-500’s long reach promises to further push back the “safe” areas in which high-value-asset aircraft such as aerial refueling tankers and Airborne Warning and Controls System (AWACS) aircraft can fly their critical missions.

All told, while the S-500 has clearly suffered from delays, if its full potential can be realized, this ambitious program could set in motion an important overhaul of Russia’s ground-based air defense capabilities, further extending its existing A2/AD zones. 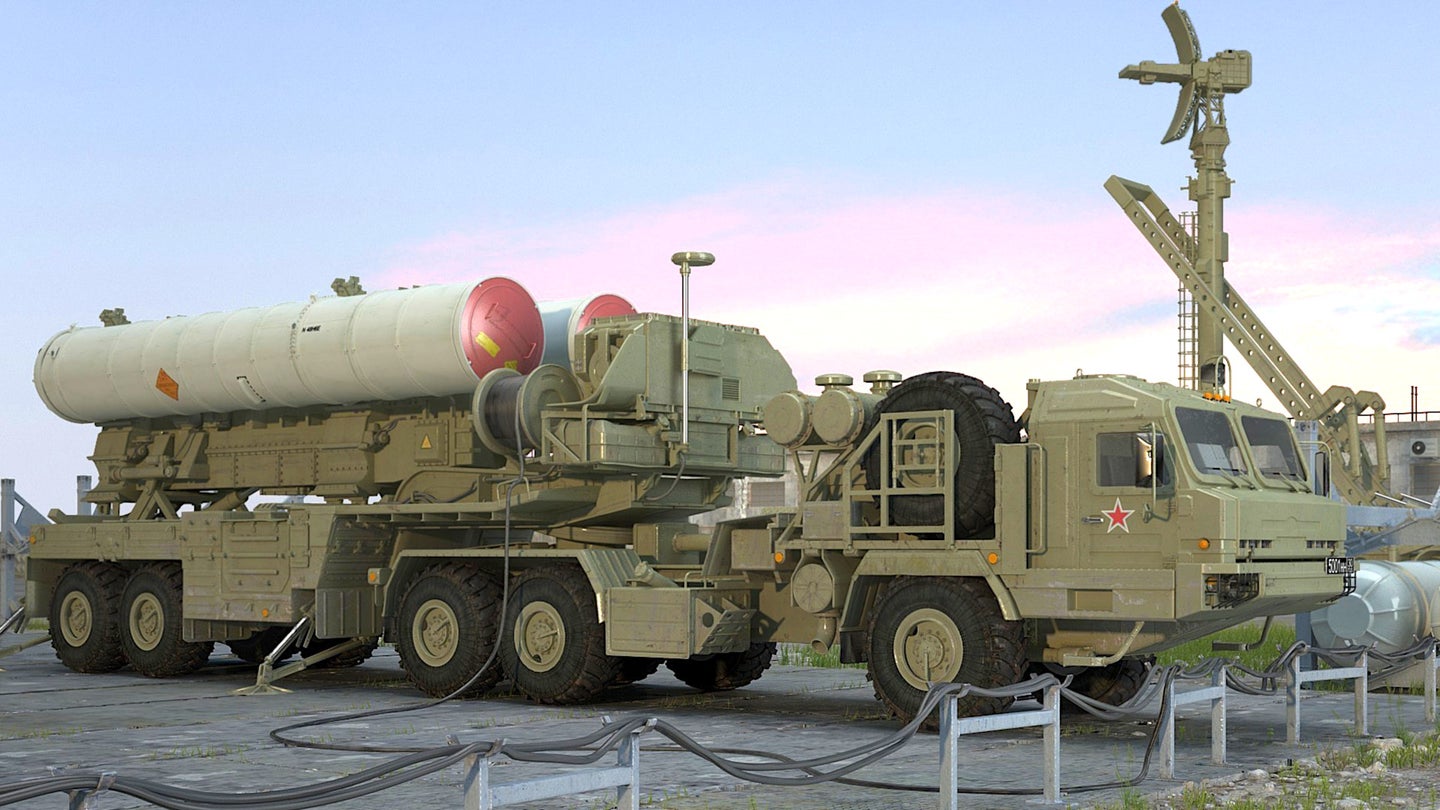 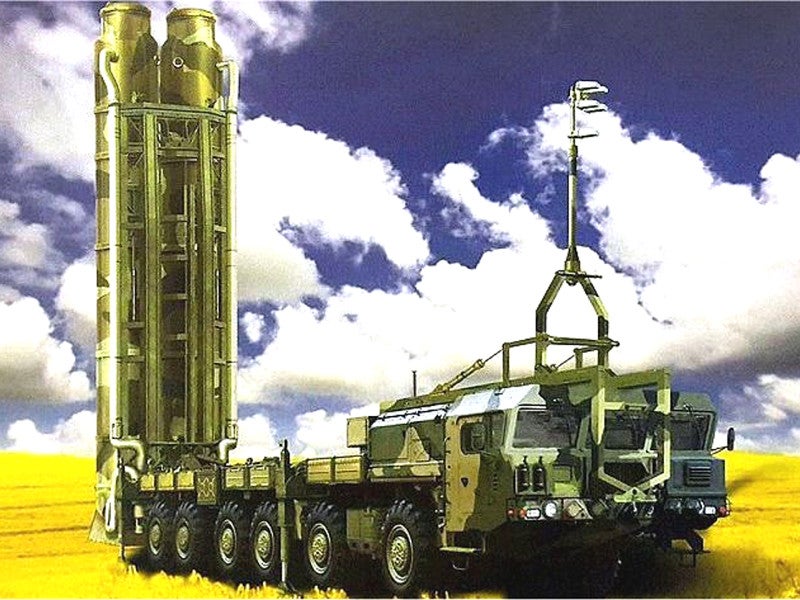 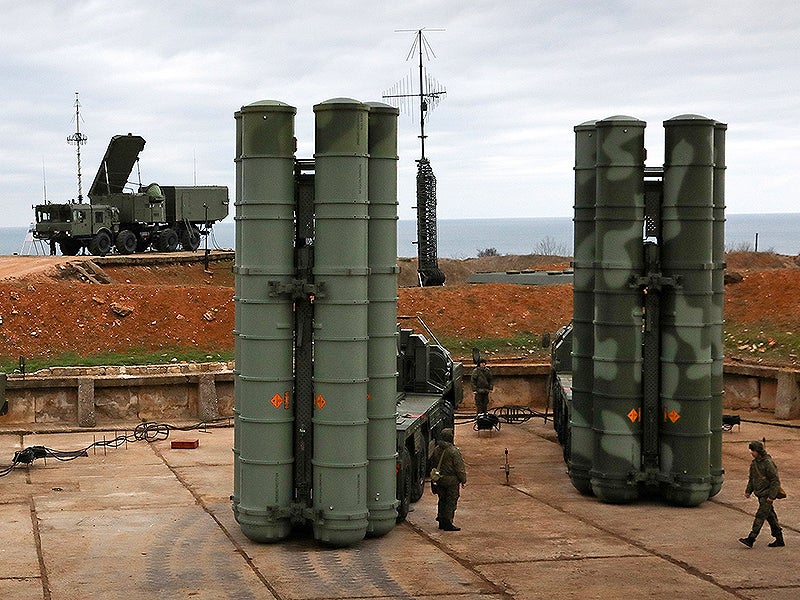