Dozens of F-22s will take part in a large exercise to demonstrate the Air Force’s ability to project combat airpower into the Pacific.

The U.S. Air Force says it is planning on sending roughly one-fifth of its combat-coded F-22 Raptor stealth fighters to the Western Pacific later this month as part of a major airpower exercise. The service says that the goal is to demonstrate its "strategic flexibility" in deploying significant numbers of combat aircraft to conduct operations from forward locations in the region. This is how it would expect to respond, at least in part, to any major contingency in this part of the world in the future, such as potential crises or conflict with China.

Pacific Air Forces (PACAF), the Air Force's top command in the Pacific, recently provided details about the upcoming Pacific Iron 2021 exercise, which, so far, it has only said is set to take place "in July." Some of the participating aircraft have already touched down at Andersen Air Force Base on Guam. The exercise will see various aircraft fly from Andersen, as well as the adjacent Northwest field airstrip and the island's Won Pat International Airport, along with Tinian International Airport on the island of Tinian, which is part of the Commonwealth of the Northern Mariana Islands. Both Guam and Tinian are U.S. territories. It's very possible that the aircraft will also make spots elsewhere in the course of this training event.

However, the F-22s, which remain some of the Air Force's most capable fighters, are clearly the stars of the show. "We have never had this many Raptors deployed together in the Pacific Air Forces area of operations," Air Force General Ken Wilsbach, head of PACAF, told CNN.

A contingent of 25 F-22s may not necessarily seem like a large number, but, at present, the Air Force only has around 186 of these jets. Of those, only 125 of them are assigned to combat-coded units, with the rest being set aside for various training and test and evaluation duties. Many of the jets in the latter categories have not been upgraded to the most recent block configuration, either. All told, the 25 Raptors set to head the Pacific represent around 20 percent of the combat-coded aircraft and just over 13 percent of the total fleet.

Beyond that, the F-22s are notoriously maintenance-intensive aircraft that have only become more difficult to sustain over the years. This is especially true when it comes to maintaining their special radar-absorbent skins, which are sensitive to environmental conditions. In 2020, only around half of the entire Raptor fleet, on average, was actually capable of performing any assigned missions, according to data that Air Force Magazine obtained earlier this year. If only half of the combat-coded jets are actually available for combat missions at any one time, 25 jets would actually represent around 40 percent of the real capacity of the Air Force's F-22 fleet.

As such, Pacific Iron 2021 is set to be a significant demonstration of the Air Force's ability to muster up a large number of some of its most advanced stealth fighters, in addition to showing off the service's force projection capabilities more generally. How the Raptors actually perform will be an important reflection of the real capabilities the fleet has to offer.

This could also be doubly significant now that the service is openly talking about planning for the end of the F-22's career and the potential replacement of these jets with a new sixth-generation fighter in development as part of the larger Next Generation Air Dominance (NGAD) program, which you can read more about in detail here. Air Force officials have separately talked about the importance of NGAD program, as well as future upgrades to its fleet of F-35A Joint Strike Fighters, to winning conflicts in the Pacific region, especially any potential future altercations with China.

Pacific Iron 2021 will notably come around a month after the People's Liberation Army (PLA) sent 28 military aircraft into the southwestern corner of Taiwan's Air Defense Identification Zone, or ADIZ. This was the largest number of Chinese sorties in that area since the PLA began sending planes there on a near-daily basis back in 2020 and came after authorities in Beijing had reacted angrily to criticism of Chinese policies on various issues from the G7 group of industrialized nations, which includes the United States.

As already noted, Pacific Iron 2021 will also be yet another demonstration of the Air Force's ongoing development of new concepts of operations surrounding rapid deployments and distributed operations, which the service presently refers to as Agile Combat Employment (ACE). This is all heavily tied to broader efforts to be more prepared for higher-end conflicts, particularly in the Pacific, and to rely less on established bases. Andersen Air Force Base on Guam, a key strategic American military outpost in the region, would be a primary target in any large-scale fight with a near-peer adversary in the Pacific region, such as China.

This reality has already pushed the Air Force to work on expanding the available facilities at Guam's Northwest Field, as well as on Tinian, among other locations in the Pacific, to provide alternative basing options. Earlier this year, some of the service's F-35As, as well as F-16C/D Viper fighter jets, deployed to Northwest Field to demonstrate that airstrip's ability to handle more robust combat aviation operations. Before recent improvements were made, it was only able to accommodate C-130-type cargo aircraft and helicopters.

Altogether, it will be very interesting to see how Pacific Iron 2021 plays out and what conclusions the Air Force might draw about its Agile Combat Employment concept, as well as about the future of its F-22s as those jets get closer to the twilight of their careers. 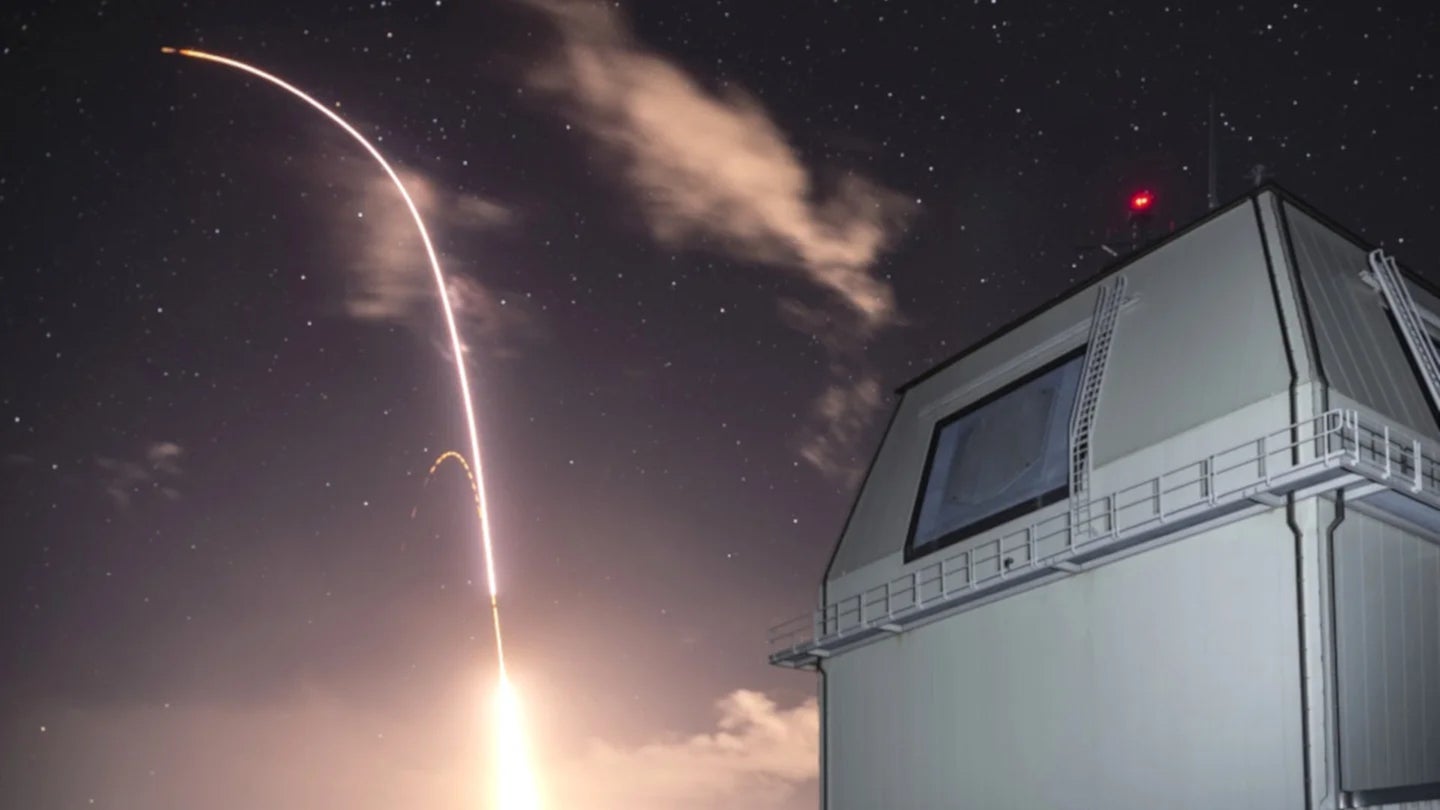 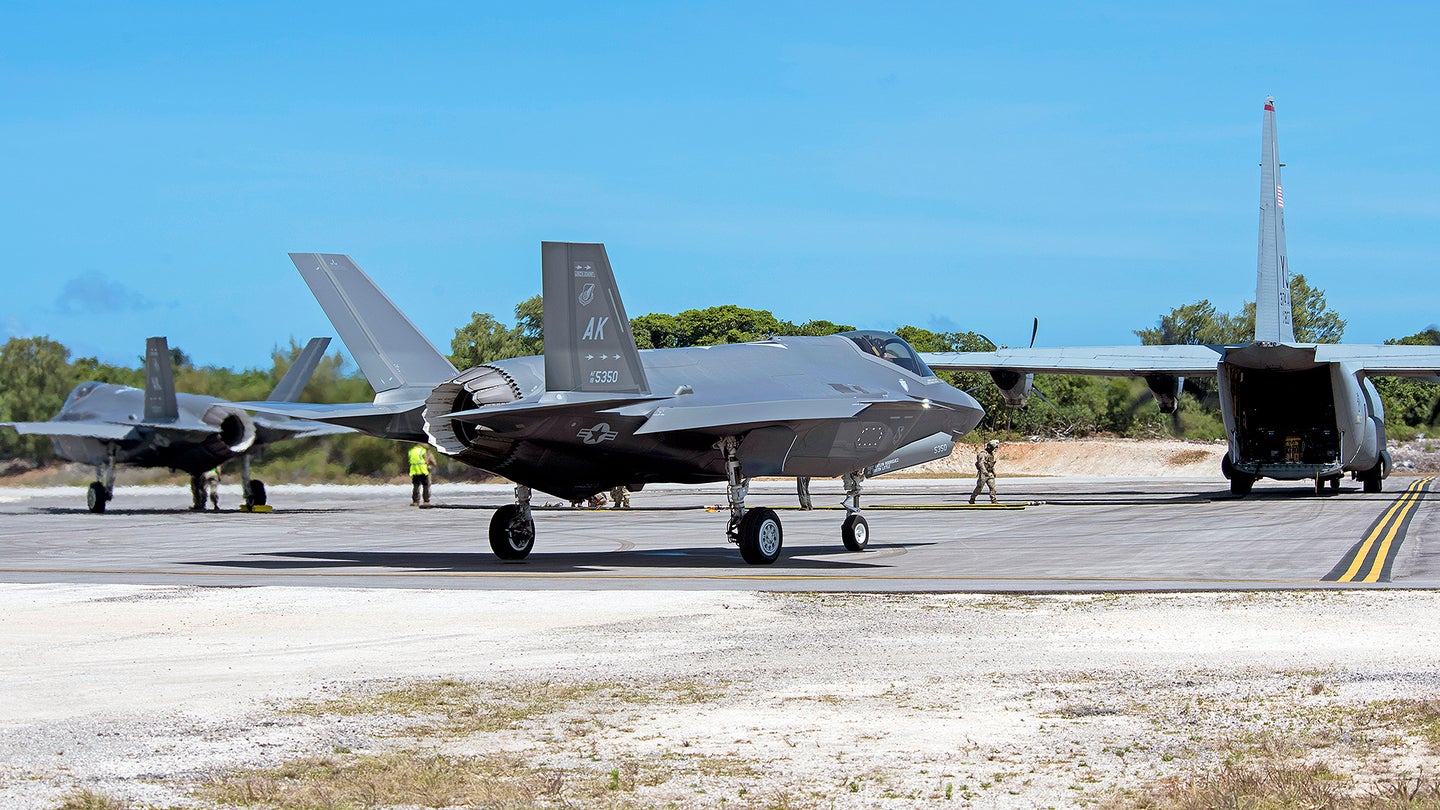 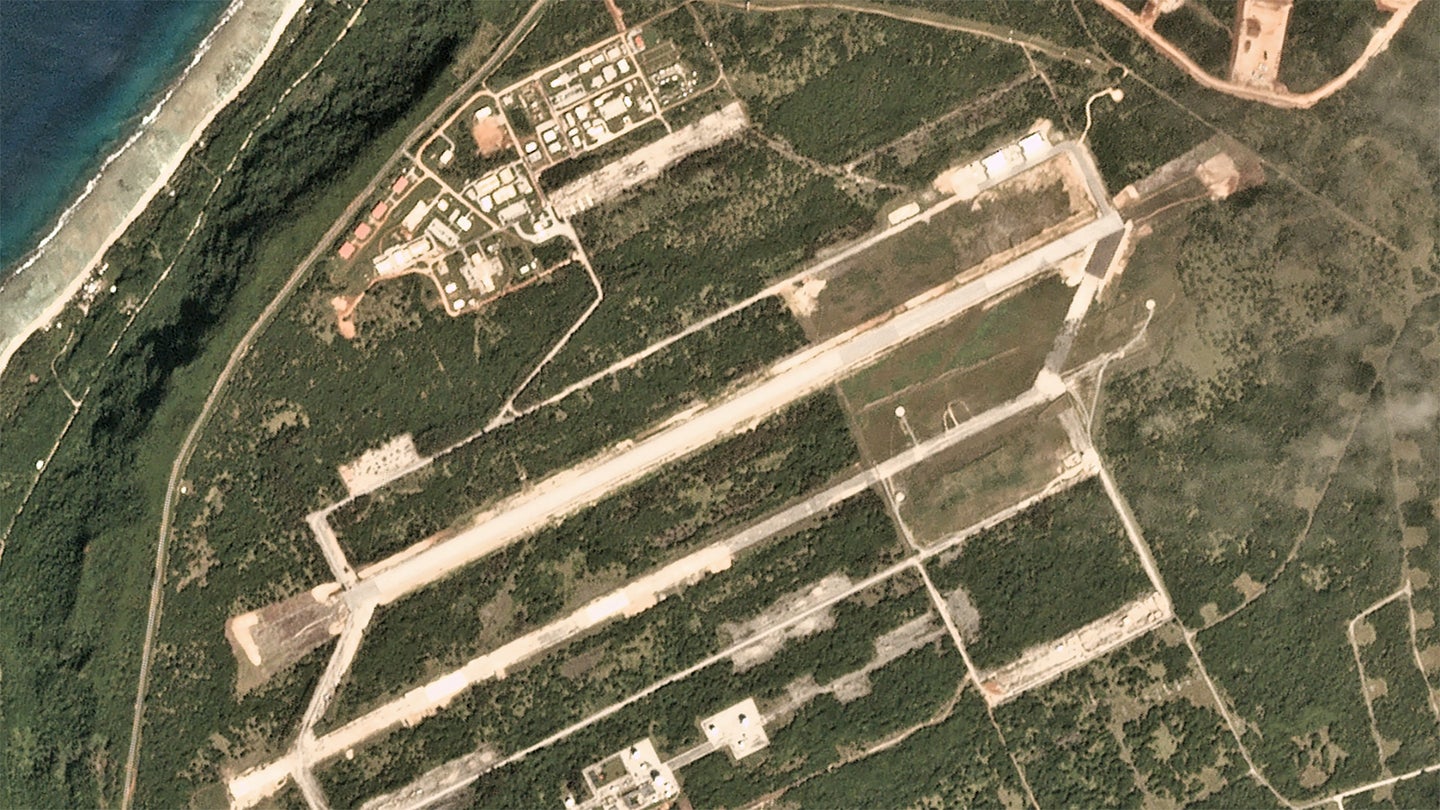