“Reach deep down where you keep your guts” like Doug Masters had to and pony-up for this one-of-a-kind Iron Eagle-inspired t-shirt! 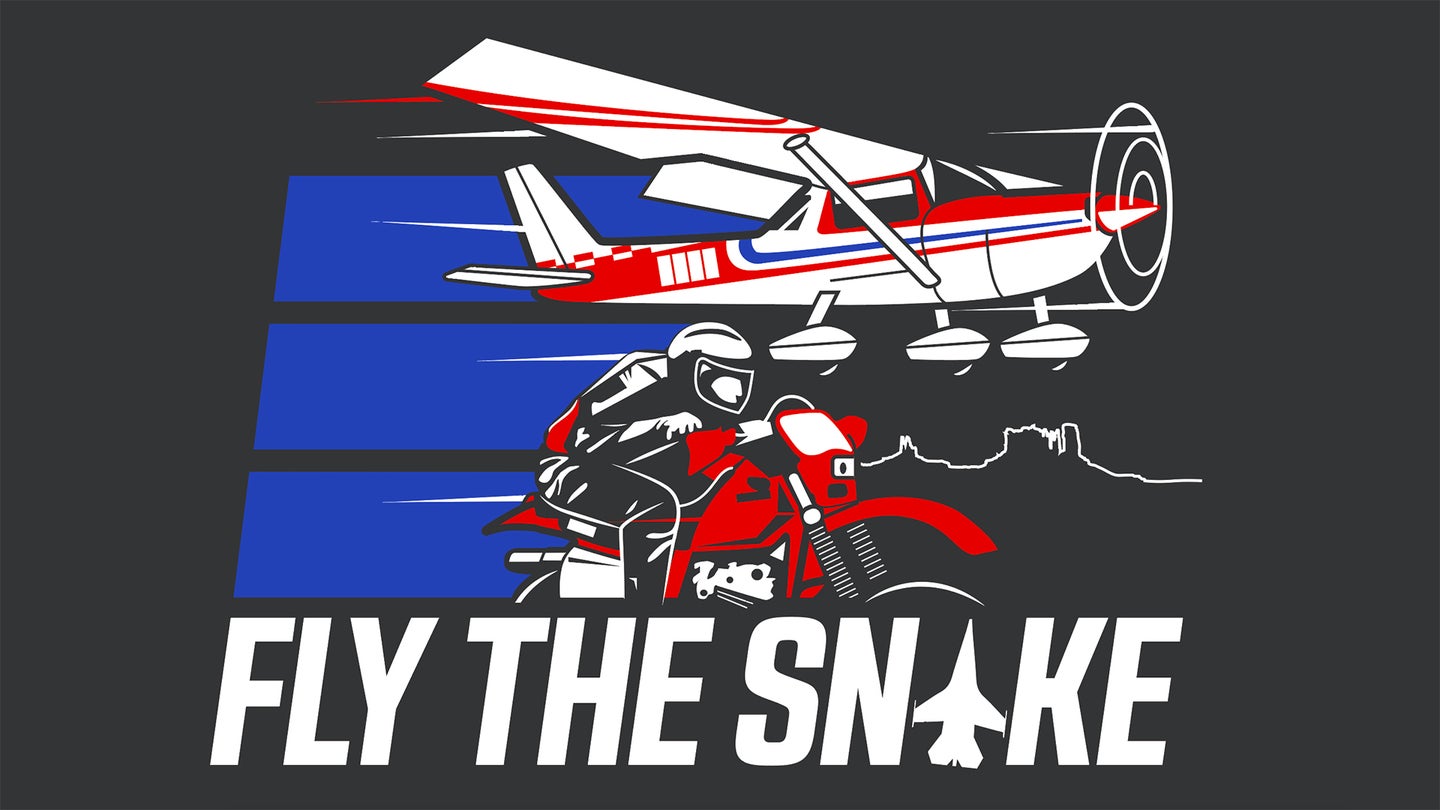 Iron Eagle may have been "the other" fighter jet movie of 1986, but for some of us, it really triggered our interest in military aviation. Even as a very young kid seeing it, I was just as fascinated in trying to understand what seemed like total bullshit as what looked real. Decades later, I penned the definitive resource on explaining one of the film's biggest absurdities—the seemingly unlimited arsenal of Iron Eagle's F-16A Fighting Falcons. Now you can show the world that you too are an Iron Eagle with this rad T-shirt.

Beyond the fighter jets, Iron Eagle was the quintessential 1980s action movie, complete with a beyond stupid premise and 'super kids' that could do anything—even commit all types of felonies to steal a pair of F-16s and go to war with a foreign country. I mean does it get any better and worse? Let's not forget the soundtrack was actually excellent, anchored by Queen, although, once again, it was overshadowed by the score to Topgun and the heaping of Kenny Loggins that movie came with it. Also, Iron Eagle hit theaters first, by about five months, which didn't help in keeping it top of mind after Maverick and Co. showed up on the big screen.

There were so many great lines in this thing. Louis Gossett Jr. was absolutely classic, playing up all types of tropes with deadly seriousness. I mean, how can you forget this pep-talk monologue delivered right when our young hero and teenager turned F-16 ace, Doug Masters, needed it most?:

“God doesn't give people talents that he doesn't want people to use. And he gave you The Touch. It's a power inside of you, down there where you keep your guts, boy. It's all you need to blast your way in and get back what they took from you.”

Above all else, it made the elegant F-16 a bonafide movie star—only to be upstaged by the very opposite F-14 Tomcat, truly a brutish beast of a fighter, months later.

The movie was largely filmed in Israel, which made it all that much more confusing. "Why are Air Force F-16s flying around in desert camouflage? What are those delta-wing fighter planes? This doesn't feel like the U.S. does it?" It is pretty wild to think that Israel went with this during the mid-1980s. That's probably worth its own story all in itself (coming soon!).

One scene in the movie that stands out as ridiculous as it is awesome, maybe above all others, is where, in Iron Eagle's bizarre alternate universe, Doug Masters, a high school kid, and pilot (also a secret F-16 pilot, too!), that has a bunch of Air Force brat buddies that are also pilots, races at low-level through dangerous terrain on a route known as "The Snake" against his personal nemesis, staple teen movie dickhead, Knotcher. Of course, Knotcher doesn't race Masters in an aircraft, but instead on a dirt bike. High tempo rock, illogical aerobatics, and many thousands of dollars in damage to aircraft ensue.

I mean weren't you and your high school buddies from working-class military families racing in airplanes when you were young?

The entire thing is absolutely bonkers and it goes down as a true cult classic aviation/automotive race scene from a less logical era in entertainment. It also brings us to the second aircraft celebrity of the film, the Cessna Aerobat—the fully aerobatic derivative of the extremely pedestrian Cessna 150/152.

Hence we bring us to our humble offering, a T-shirt available as a white ringer tee with blue trim or in gray, paying homage to the battle of machines and wills during the home stretch of The Snake.

You can hop over to our partners at Blipshift.com to check out the gray T-shirt (available in multiple fabrics, long sleeves, hoodies, and much more), starting at $20 by clicking here.

You can check out the blue and white ringer tee option, which blasts you into retro awesomeness at full afterburner, for $25 here.

So crank the tunes on your kneeboard cassette deck, reach deep down there where you keep your guts, and show the world you aren't afraid of no Snake with this awesome tee. And remember, just like all our special creations with Blipshift, it will only be available for a limited time (just nine days and change at the time of publishing)!

And as always, thank you all so much for your continued support!