The risk of regional conflicts between nuclear-armed nations is rising according to a document prepared by the Chairman of the Joint Chiefs of Staff.

A U.S. military manual that only recently became public says that the world now faces a higher probability of conflicts involving nuclear weapons. The document points to multiple nuclear weapons systems and policies being pursued by adversaries and potential adversaries as signs that the world is moving away from de-escalation and is instead moving closer to the reality of a nuclear exchange. While the document avoids placing any weight on United States policy in helping to increase the likelihood of nuclear conflict, it does note that the "flexible" nuclear weapons the US has pursued could be used to defend America and its interests in the event of a regional conflict involving nuclear arms.

A copy of the manual, titled “Joint ­Publication 3-72, Joint Nuclear Operations,” was obtained by the Federation of American Scientists (FAS) last week through the Freedom of Information Act (FOIA) and posted online on July 6. This and other Joint Publications are meant to outline U.S. military-wide doctrine and are put out through the Office of the Chairman of the Joint Chiefs of Staff. This latest iteration of this particular manual, published in April 2020, says it was created to help establish “joint doctrine to govern the activities and performance of the Armed Forces of the United States in joint operations,” and provide “military guidance for the exercise of authority by combatant commanders and other joint force commanders.” In addition, the publication offers advice for “military interaction with governmental and non-governmental agencies, multinational forces, and other inter-organizational partners.”

In this manual's executive summary, the authors say that, despite United States-led de-escalation and non-proliferation efforts, “since 2010 no potential adversary has reduced either the role of nuclear weapons in its national security strategy or the number of nuclear weapons it fields.” Instead, the publication asserts, these potential adversaries have “moved decidedly in the opposite direction.” Ultimately, the document claims there is an “increased potential for regional conflicts involving nuclear-armed adversaries in several parts of the world and the potential for adversary nuclear escalation in crisis or conflict” due to these trends.

The document notes that “While the United States has continued to reduce the number and salience of nuclear weapons, others, including Russia and China, have moved in the opposite direction.” The publication claims that these nations have developed new types of nuclear weapons, placed increased strategic importance on their nuclear weapons, and have all “engaged in increasingly aggressive behavior.”

The manual then lists specific technologies and policies being pursued by these nations which it claims are leading to "increased potential" for nuclear conflict to occur:

In the past few years, North Korea has dramatically increased its missile flight testing, most recently including the testing of intercontinental-range missiles capable of reaching the US homeland. [...]

Iran retains the technological capability and much of the capacity necessary to develop a nuclear weapon within one year of a decision to do so. Iran's development of increasingly long-range ballistic missile capabilities, and its aggressive strategy and activities to destabilize neighboring governments, raises questions about its long-term commitment to forgoing nuclear weapons capability.

A copy of the 2019 edition of the same manual, then simply titled "Nuclear Operations," appeared online briefly before being labeled “For Official Use Only” and getting taken down. FAS still hosts that version on their website, however.

One of the more glaring changes between the 2019 and 2020 versions can be found in the introduction to the first chapter, “Overview of Nuclear Strategy.” The introduction to the 2019 version notes only briefly that “Adversaries increasingly rely on nuclear weapons to secure their interests,” while the 2020 version of the document cites the specific weapons systems and policies quoted above.

The 2019 version of the publication also contained language about how nuclear weapons could be employed to “prevail in conflict” in Chapter III, “Planning and Targeting.” That language was changed in the 2020 version, removing all mentions of using nukes to obtain victory:

Steven Aftergood, head of FAS’s Project on Government Secrecy, said the change is likely due to the fact that the document was never intended to become public and still requires a Department of Defense (DOD) Common Access Card to obtain. “Once it was disclosed in 2019,” Aftergood told The War Zone, it seems the “DOD made an effort to remove language that seemed to embrace nuclear warfighting.” Aftergood agrees with the manual's claim of increased potential for the use of nuclear weapons, stating that "it's clear that many regional conflicts are intensifying while foreign nuclear arsenals are growing, not shrinking. And in recent years arms control efforts have been in retreat. So from a military perspective, it follows that the potential for nuclear conflict may also be on the rise." Diplomatic efforts on arms reduction have stalled in recent years, but show signs of improving. Both Russia and the United States withdrew from the Intermediate-Range Nuclear Forces Treaty (INF) in 2019, but the New START (Strategic Arms Reduction Treaty) was extended for five years by both the US and Russia in early 2021, after the joint manual on Nuclear Operations was published.

As the newly disclosed joint publication on Nuclear Operations notes, "the highest US nuclear policy and strategy priority is to deter potential adversaries from nuclear attack of any scale," and the modernization of the US arsenal is a cornerstone of that deterrence. In 2018, the White House updated its Nuclear Posture Review to include deterrence strategies tailored to specific adversaries, a more modernized nuclear arsenal and nuclear enterprise, and plans for a more “flexible” posture that could make it easier for the United States to use nuclear weapons. The new language in the 2020 version of the manual also uses the term "flexible" to describe US nuclear response options. Those options now include tactical low-yield nuclear warheads aboard submarine-launched ballistic missiles that fly along “depressed” low-altitude trajectories capable of reaching targets much more quickly than conventional trajectories.

Of course, the United States isn't the only nation modernizing its arsenal, and all of that buildup comes with immense risks. Like Aftergood, Dr. Steve Fetter, professor of public policy at the University of Maryland and member of the Bulletin of the Atomic Scientists' Science and Security Board, agrees with the manual's assessment of an increased potential for conflict. Fetter said in a 2021 press release that “the modernization and expansion of nuclear arsenals in multiple countries, combined with the lack of diplomatic efforts to reduce nuclear risks, have increased the likelihood of catastrophe," adding that the "development of hypersonic glide vehicles, ballistic missile defenses, and weapons-delivery systems that can use conventional or nuclear warheads raise the probability of miscalculation during a crisis."

The issue of how to deescalate conflicts between nuclear-armed nations to prevent miscalculation took center stage in 2019 when a crisis erupted between India and Pakistan, prompting India to conduct a strike within Pakistan's borders. Pakistan responded by implicitly threatening the potential for nuclear retaliation, prompting real fears that the situation could have escalated to a nuclear exchange, which could have a massive impact globally.

The Pentagon's “Joint ­Publication No. 3-72 Nuclear Operations” document unearthed by FAS is a rare peek at the actual operations and policies DOD leadership has prepared for the ever-present threat of a nuclear weapons exchange. Alongside all the talk of de-escalating arms races and re-establishing arms control policies, the United States military must constantly be prepared for nuclear war, either between itself and a hostile adversary or between two or more other nations.

While the CJCS publication states that the United States "would only consider the employment of nuclear weapons in extreme circumstances to defend US, allied, and partner vital interests," it also claims that "Flexible and limited US nuclear response options can play an important role in restoring deterrence following limited adversary nuclear escalation." The fact that the US is pursuing these "flexible," low-yield, tactical warheads capable of reaching targets more quickly could be taken as a sign that the US may be more quick to use its nuclear weapons in the event of a conflict, a development that should be considered in any discussion of nations raising the likelihood of nuclear exchange.

No matter how small, any nuclear weapons exchange would affect how the DOD conducts operations worldwide and could have disastrous consequences for the entire globe, two eventualities the Joint Chiefs of Staff are clearly planning for. 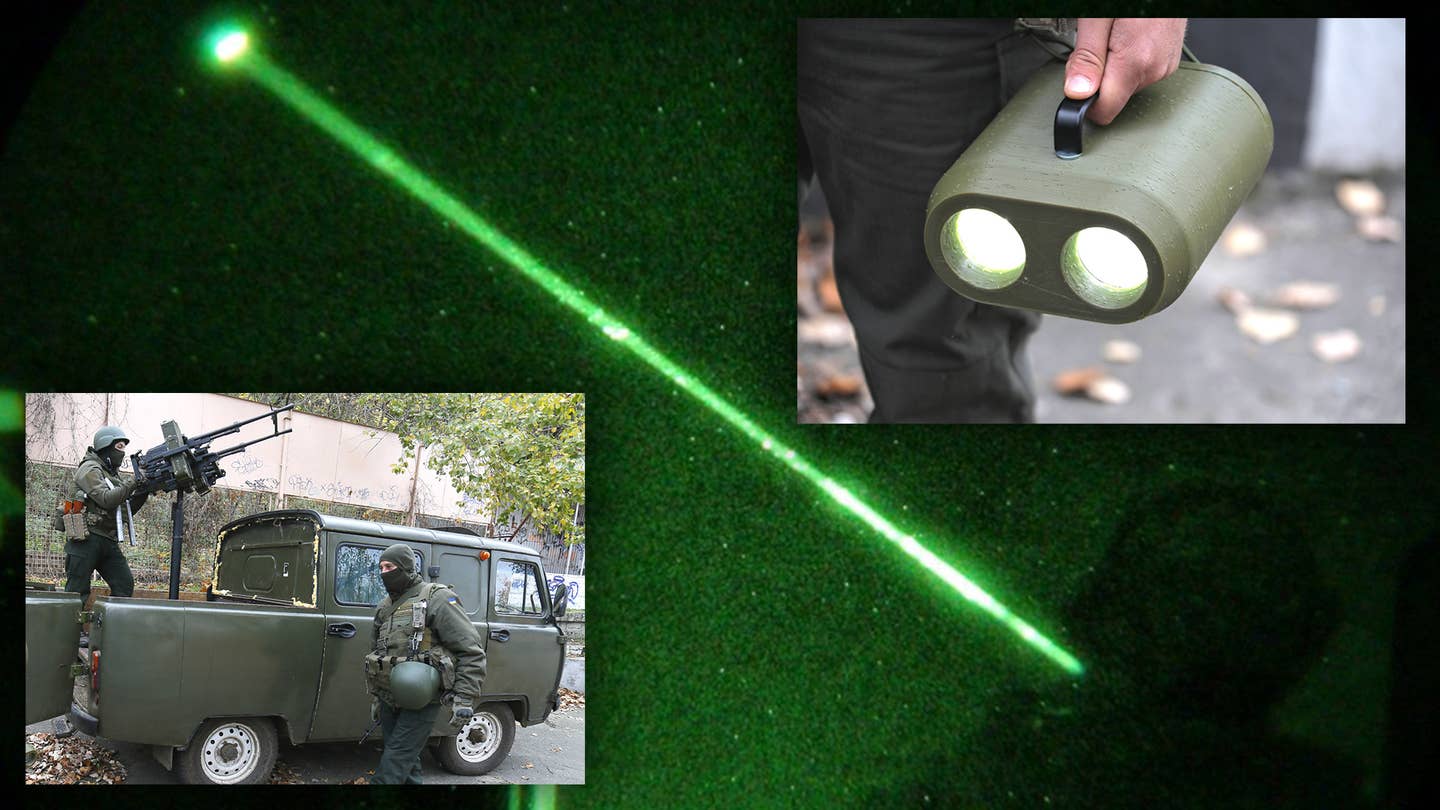