The Air Force is preparing to fight without GPS via new navigational technologies that could be essential to winning tomorrow’s wars.

The U.S. Air Force's Strategic Development Planning & Experimentation Office, or SDPE, in cooperation with the U.S. Navy, has announced a successful demonstration of a new concept of operations for Precision, Navigation and Timing, or PNT. The concept combines new software architectures with existing PNT technologies that could allow the services to operate in GPS-denied environments, which is becoming a growing concern as peer-state rivals continue to advance GPS spoofing and denial techniques.

An Air Force Materiel Command (AFMC) press release states that six successful Phase I sorties were conducted that saw the new PNT systems fused together inside AgilePod modular open-architecture pods aboard an airborne testbed. The system was then fit-tested aboard a T-38 jet aircraft at Holloman Air Force Base in New Mexico for planned Phase II flight tests scheduled for August 2021. According to Air Force Major Andy Cottle, SDPE’s Operational Experimentation Lead for Complementary-PNT, the tests successfully demonstrated that these new navigational systems being developed by the service "could perform within the reconfigurable AgilePod throughout a wide range of aircraft and environmental conditions.”

The AgilePod is a modular, open architecture system, that offers ‘plug-and-play’ configurations into which multiple sensors, communication, and other payloads can be rapidly integrated. The Air Force has previously experimented with AgilePods aboard the RQ-4 Global Hawk and MQ-9 Reaper drones, the U-2S Dragon Lady spy plane, a World War II-era DC-3, an RC-26 surveillance aircraft, and Textron's Scorpion light jet to quickly add new capabilities to these existing aircraft. Rudy Klosterman, SDPE’s Experimentation & Prototyping Division Chief, said the new PNT concepts tested aboard the pods could “help the Air Force pivot as needed to ensure capabilities being developed meet the ever changing demands of the battlefield.”

Bringing PNT technologies to the AgilePod architecture could enable the service to rapidly adapt to situations in which GPS capabilities might be denied or spoofed. “PNT isn’t a new challenge for the Air Force, but we know uncontested Air Force dominance isn’t assured and we can’t be complacent,” Cottle said. “This concept recognizes that a single alternative-PNT technology isn’t going to give us the edge against our adversaries as they attempt to disrupt traditional GPS sources; we need to think differently about ways to employ those technologies together to achieve our desired effects.”

In the USAF's Fiscal Year 2022 Budget Documentation, $204.7 million was requested for the "Lifecycle Prototyping" line item which includes developing PNT prototypes for use both aboard airborne podded platforms and space:

The new demonstrations conducted by AFMC tested three different PNT concepts: Vision Navigation (VisNav), Signals of Opportunity (SoOP) and magnetic anomaly navigation (MAGNAV). VisNav is one of the most rudimentary forms of navigation and involves building a database of terrain features or landmarks that can then be tracked by onboard sensors in order to calculate vehicle position, velocity and altitude. As satellite imagery databases and image processing algorithms continue to advance, visual navigation could likely become more automated and sophisticated.

SoOP, on the other hand, leverages the wide range of radiofrequency (RF) emissions that propagate freely in the air, such as WiFi, TV signals, RFID, cellular networks, and more. By calculating the relative distance between an aircraft and those signals against an initial estimate of that aircraft’s original position, these “wild” RF signals can be used to determine one’s location. However, SoOP requires sophisticated antennae and processing equipment, and opportunistic signals are generally only found around populated areas, not necessarily over the open sea or an unpopulated stretch of desert or in the Arctic, making this concept not practical for every mission.

The third PNT concept that AFMC is looking at is Magnetic Anomaly Navigation, or MAGNAV. This navigation method uses onboard magnetometers, or magnetic field sensors, to measure variations in the Earth’s magnetic field as an aircraft travels over the surface of the planet. Those readings can then be compared with existing maps of the Earth’s geomagnetic field to determine one’s location relative to magnetic field anomalies. MAGNAV wasn’t demonstrated in the recent AgilePod PNT tests, but AFMC says this sophisticated form of navigation will be assessed “for potential incorporation in future tests.”

Air Force Major Aaron J. Canciani told Forbes last year that while he understands MAGNAV sounds outlandish, the Air Force Institute of Technology has seen promising results. “Magnetic navigation has been a bit of a hard sell. It’s met with skepticism until I can really [inform] people about the results I’ve had with it. We’re hoping some realistic testing on realistic platforms will open the doors to further research and funding.”

The Air Force Research Laboratory has also previously looked at quantum clock technologies as part of expanding its PNT capabilities, but these weren’t mentioned specifically in AFMC’s recent press release. The Air Force has employed or experimented with other concepts to ensure navigation without GPS, such as the millennia-old technique of using the stars to navigate. The now-retired SR-71 Blackbird spy plane and B-2 Spirit stealth bomber, among other strategic aircraft, use an automated celestial navigation system, or “astro-nav,” and more advanced versions of the same concept are being eyed for use in denied environments.

Both China's and Russia's GPS spoofing capabilities continue to advance and in some cases be deployed against rival forces in contested areas, and the U.S. military has been conducting exercises that simulate operations in GPS-denied areas. New jam-resistant GPS systems have already been installed aboard Marine Corps F/A-18 fighter jets, and the military uses encrypted GPS technologies that are much harder to disrupt than civilian networks. Still, given that GPS relies on satellites which are increasingly under threat from peer-state rivals' space technologies, a future conflict that involves orbital warfare could see satellite-based GPS networks knocked out entirely, hence the need for a more versatile PNT concept of operations.

Ensuring the United States and its armed forces can operate in the absence of GPS has become a pressing concern for the Department of Defense and federal government alike, even domestically. In 2020, the White House signed an Executive Order that aimed to “ensure that disruption or manipulation of PNT services does not undermine the reliable and efficient functioning of [American] critical infrastructure” and “manage the associated risks to the systems, networks, and assets dependent on PNT services.”

The USAF’s demonstration of new position, navigation, and timing concepts show that GPS spoofing or jamming is advancing to the point where the United States can no longer count on the decades-old system for consistent and secure operation both internationally or at home. It could be that future operations depend on a variety of navigation and position concepts like the ones being demonstrated by the Air Force in order to ensure uninterrupted operation worldwide. 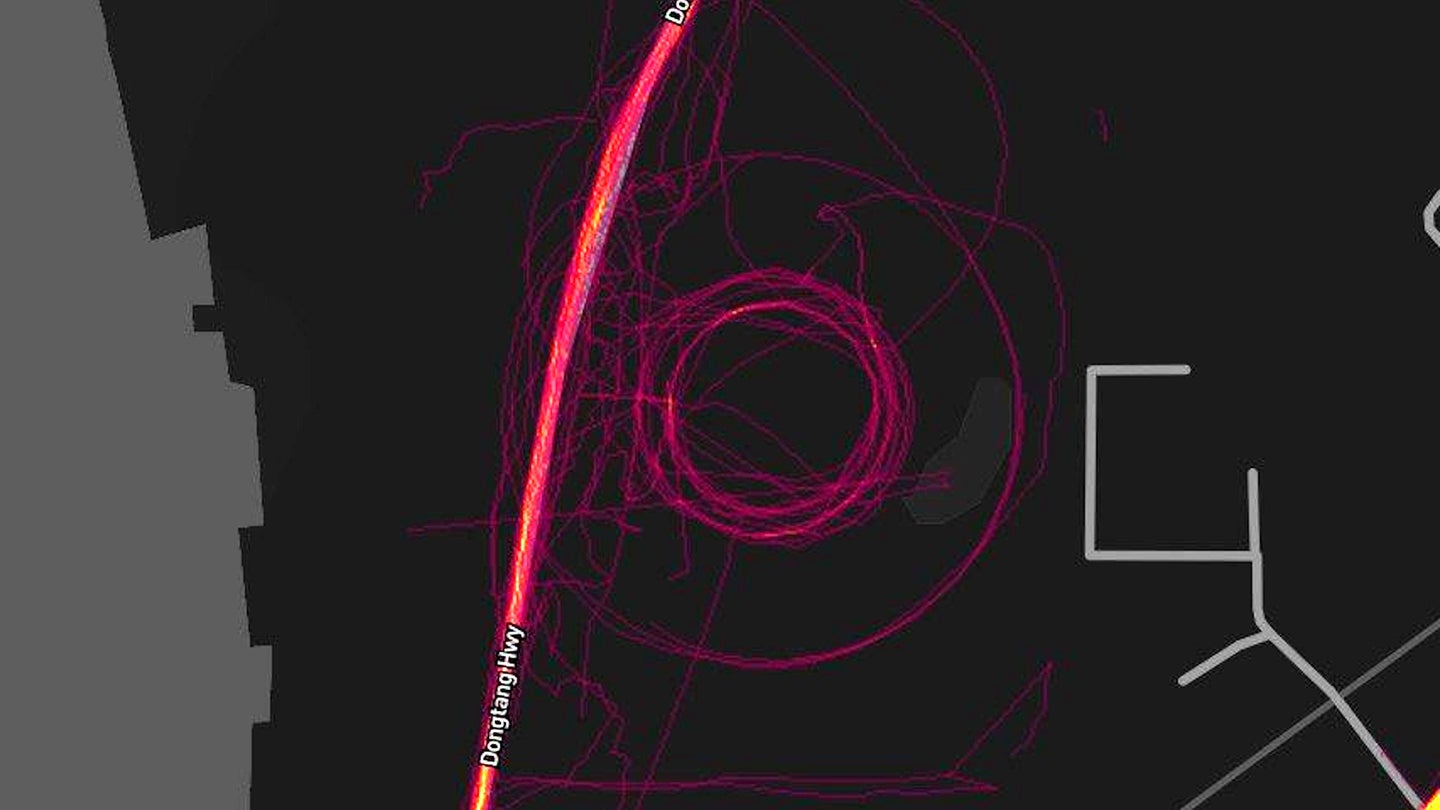 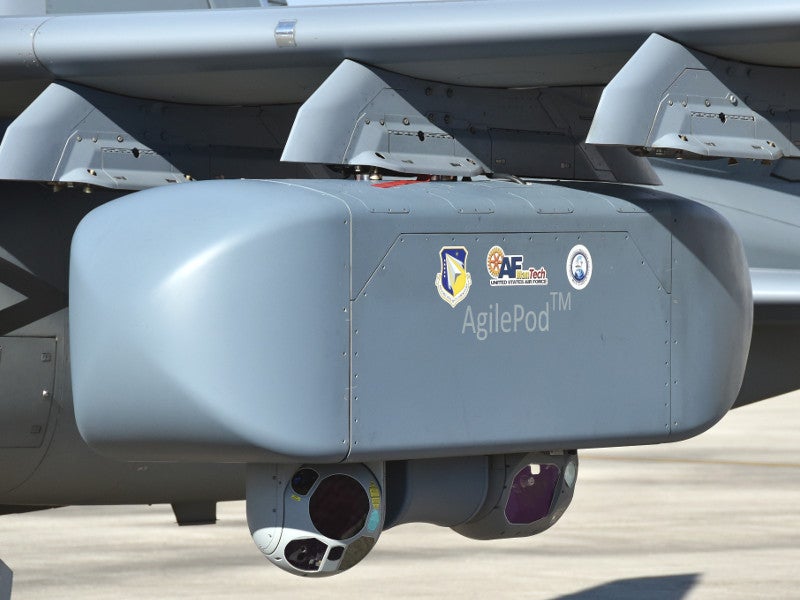 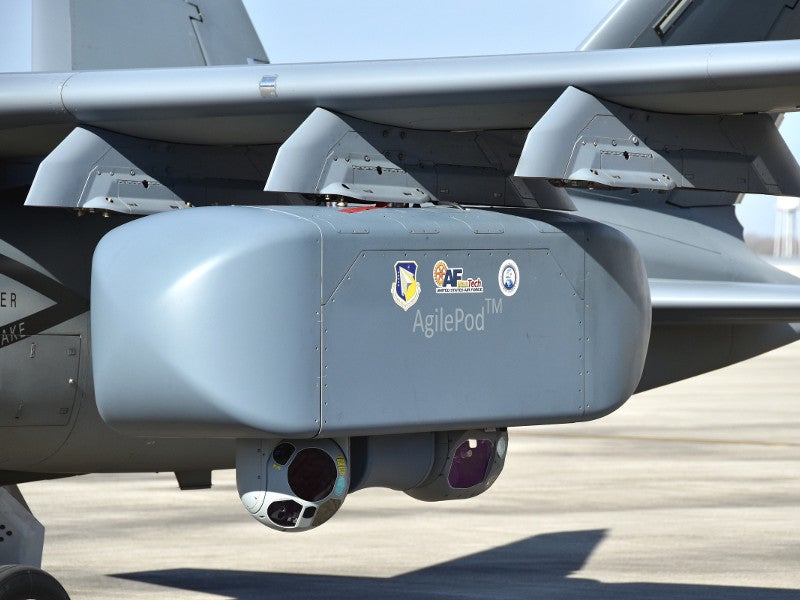